Today was a day of exploring the University of Texas at Austin and going to a Longhorns football game.

The parking downtown Austin was expensive. So I took the #7 bus from my Airbnb and got off at the State Capitol. For some reason I have always been interested in capitol buildings. This one is right across from the University of Texas at Austin. As far as I can tell, the whole city revolves around the state capitol and the University. A perfect combination in my books, for my interests. 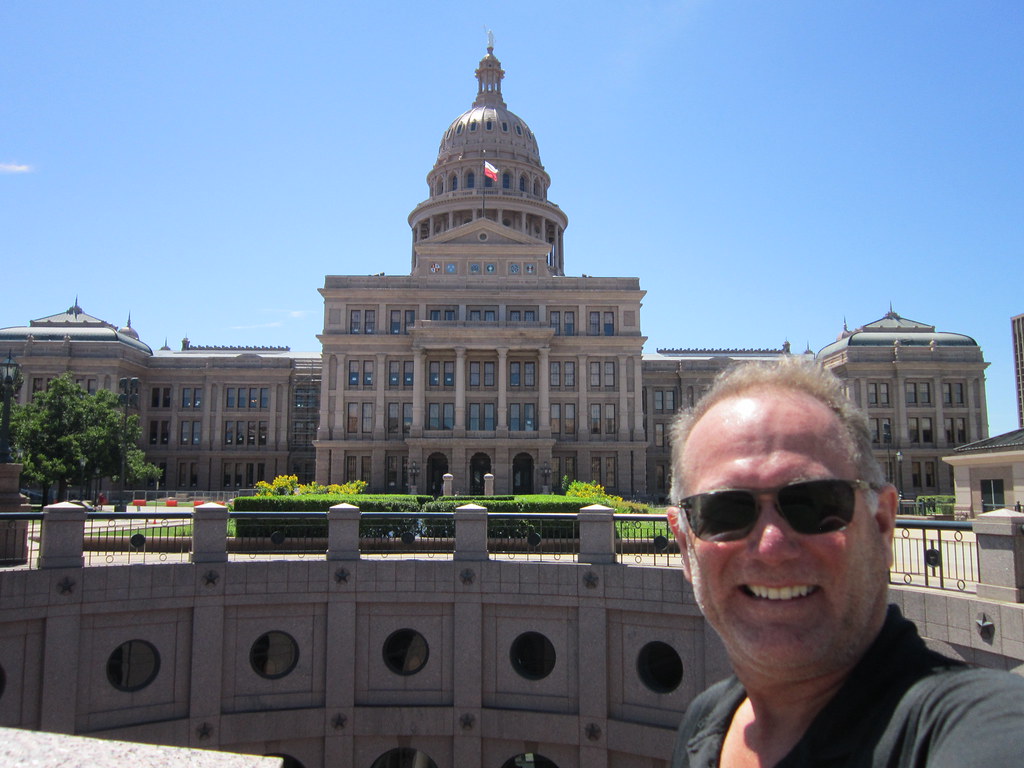 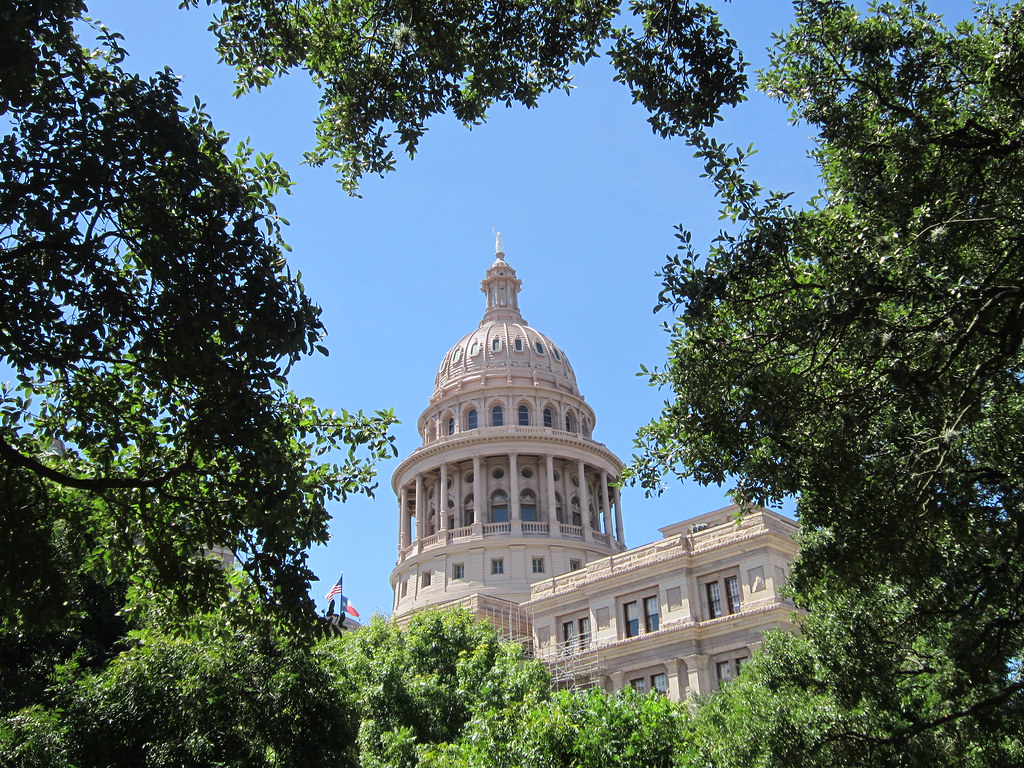 I mentioned in a previous post that the UT Clock Tower was of particular interest to me.

You see … In the early morning hours of August 1, 1966, Charles Whitman, an engineering student at UT, murdered his wife and his mother in their homes. Later that day, he brought a number of guns, including rifles, a shotgun, and handguns, to the campus of the University of Texas at Austin where, over an approximate 90- to 95-minute period, he killed 14 people and wounded 32 others in a mass shooting in and around the Tower. Whitman shot and killed three people inside the university’s tower and eleven others after firing at random from the 28th-floor observation deck of the Main Building. Whitman was eventually shot and killed by Austin police officer Houston McCoy.

When I was going through police training, this event was used to demonstrate cover versus concealment, and to pay attention to angles. In the shooting people were hiding behind bushes (concealment) where the shooter could still kill them. Also some hid behind short objects where at the 28th floor the shooter could see over top and kill them. I never forgot the lesson.

I visited the clock tower and stared at the observation deck and the various cover and concealment positions. The lessons were circulating around my head as I imagined the terrible event. 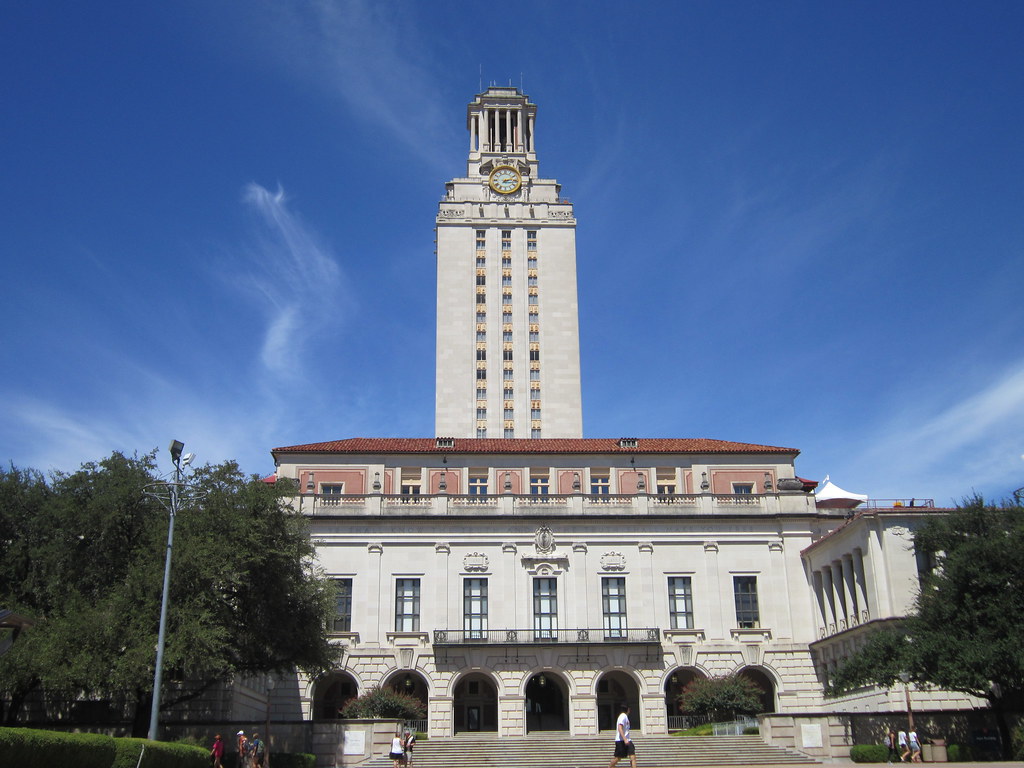 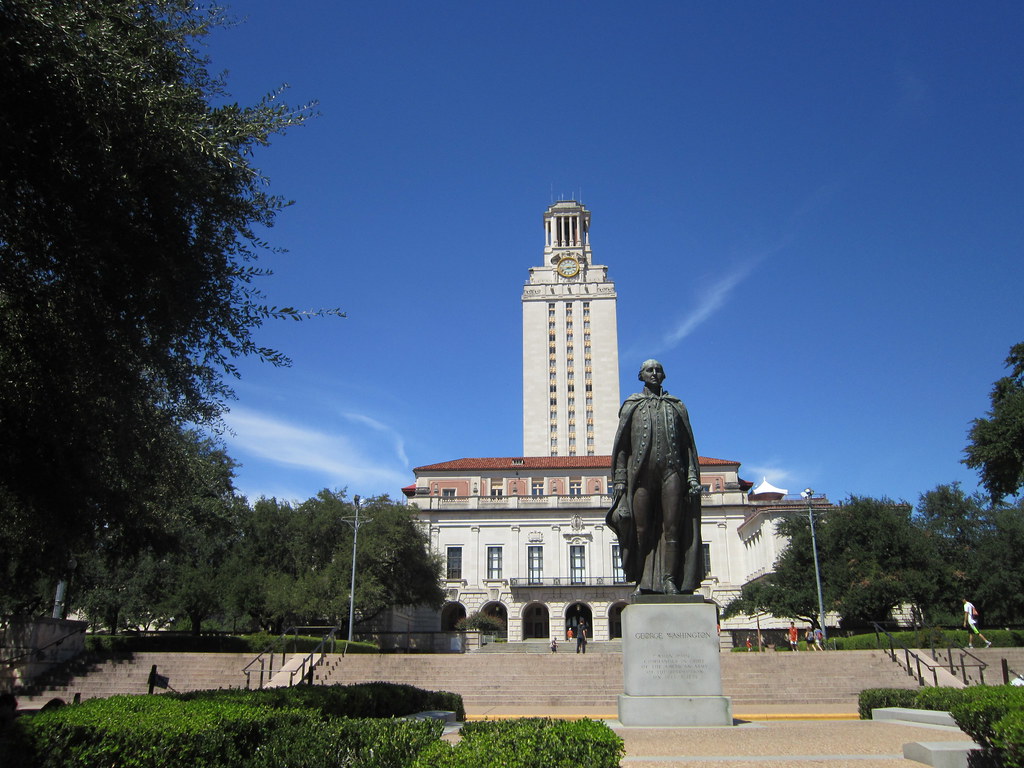 I went and paid my respects to the victims that lost their lives that day. 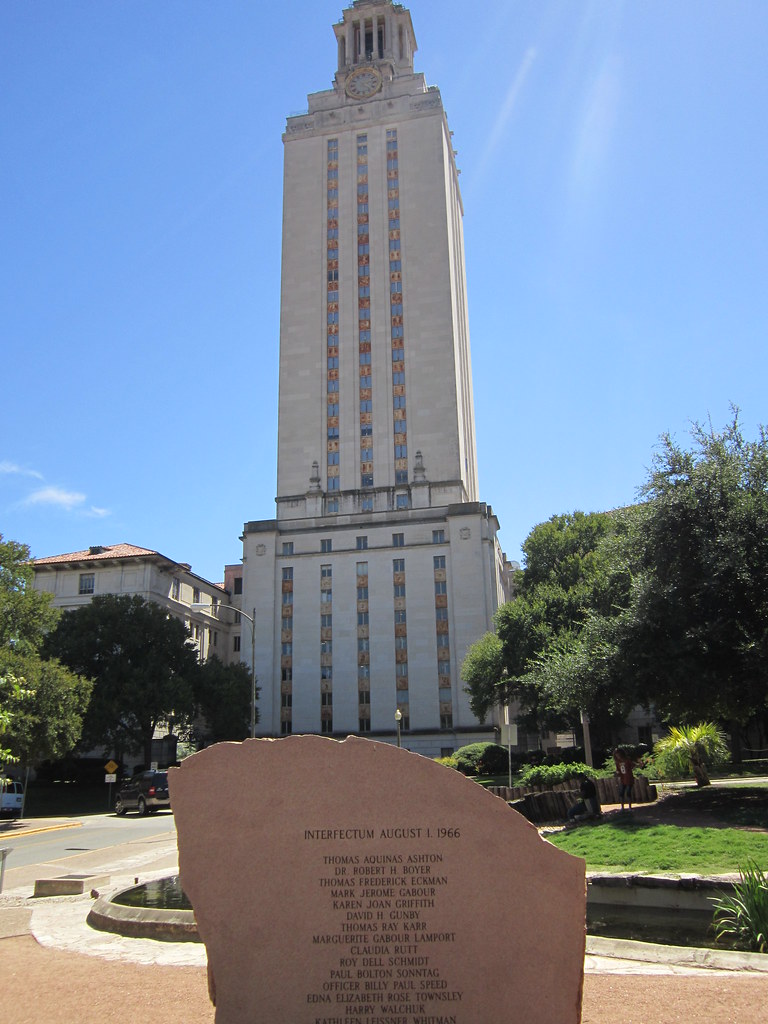 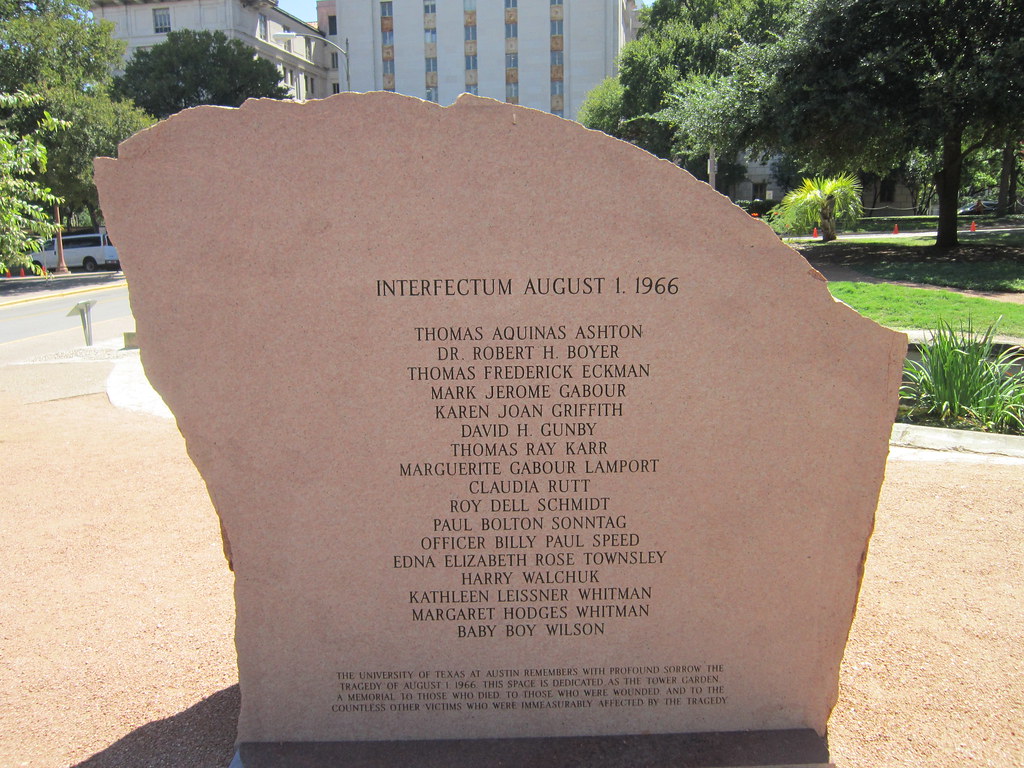 You watch all the hype about college football on TV. I went to a University of Washington Husky game one time, but it wasn’t much. In Texas, however, football is King.

I got to the stadium early to take it all in. 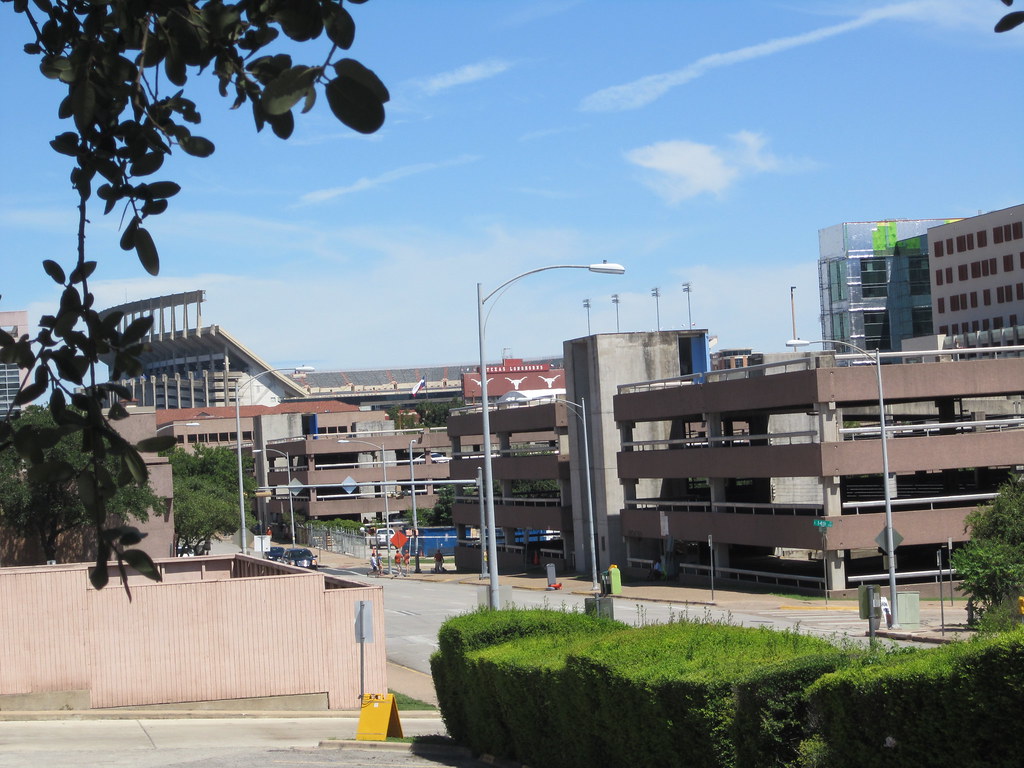 It just so happened that as I was walking around I saw a band and cheerleaders. There was a path roped off and people gathering. My police senses told me something was going to happen ha ha.

Moments later a bus pulled up and out came the Longhorns football team. 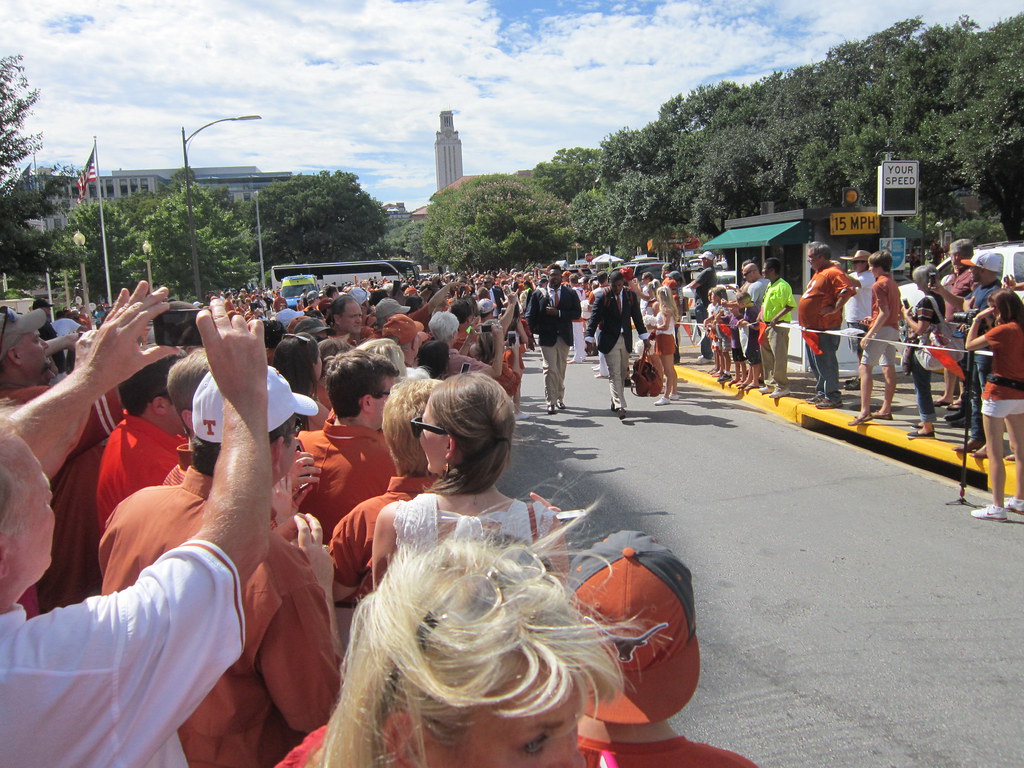 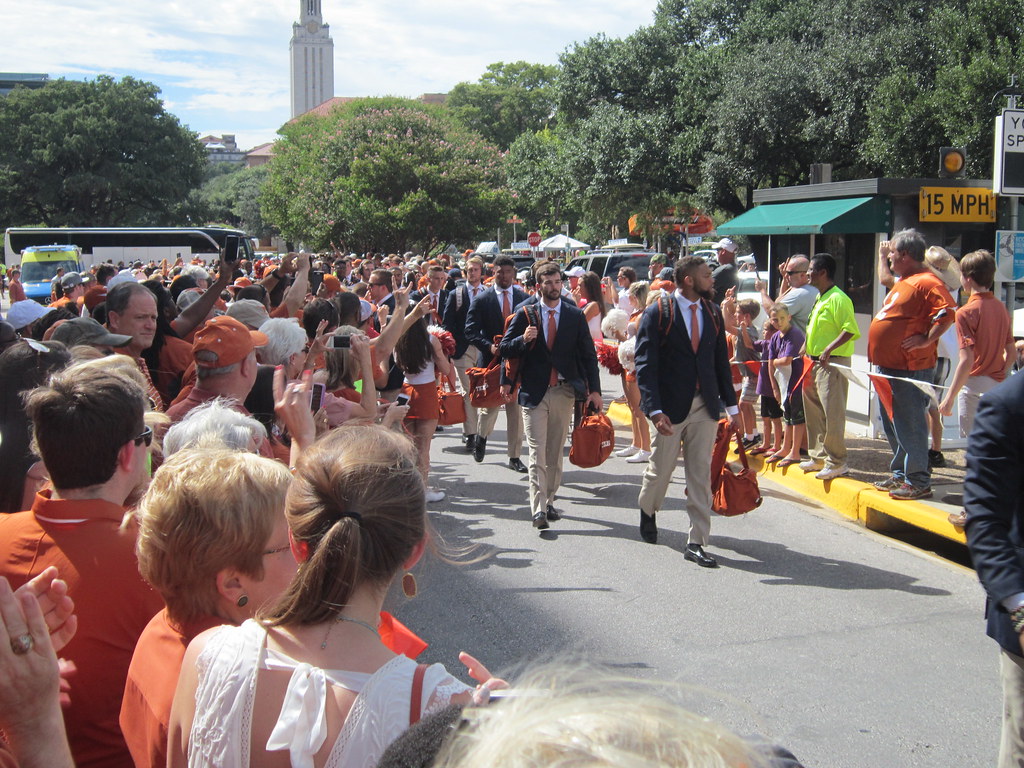 It was more of an event than the pictures show. I was videoing a lot of it. It was like gladiators marching to the stadium with cheering throngs.

When they opened the doors to the stadium I was one of the first ones in. 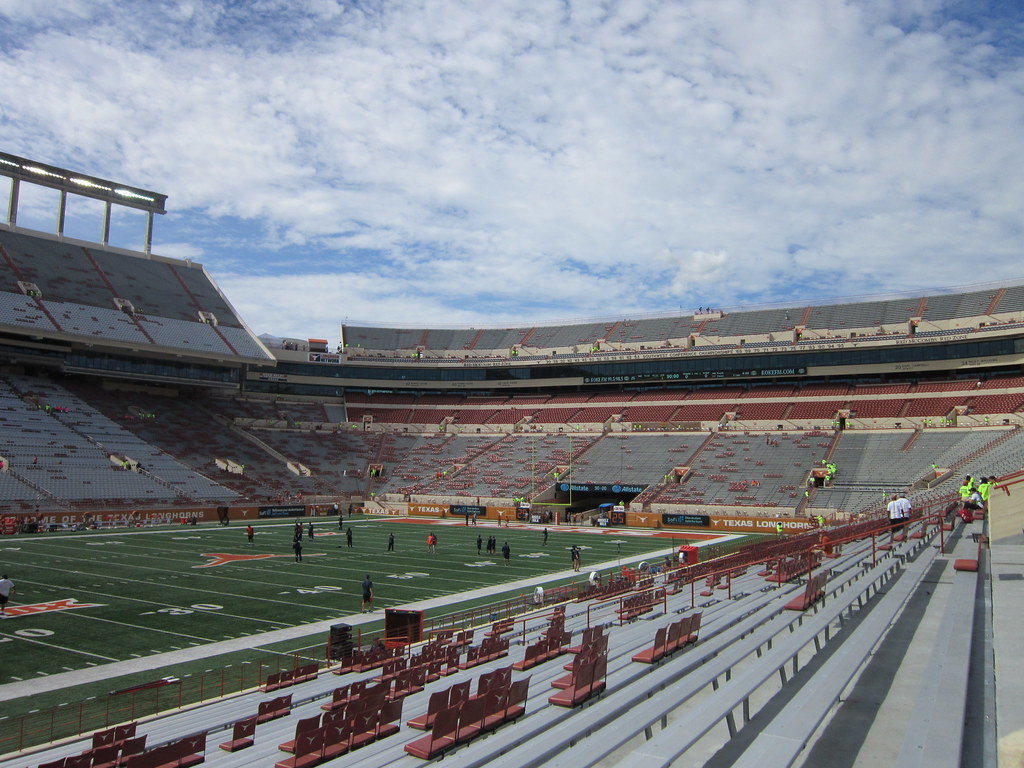 It was way to hot to sit down yet. Plus there was about 90 minutes until game time. So I wandered around.

I couldn’t believe my eyes when I saw a Starbucks inside the stadium! Now this is my kind of University. After a Java Chip Frap I went and watched some of the broadcast taking place. 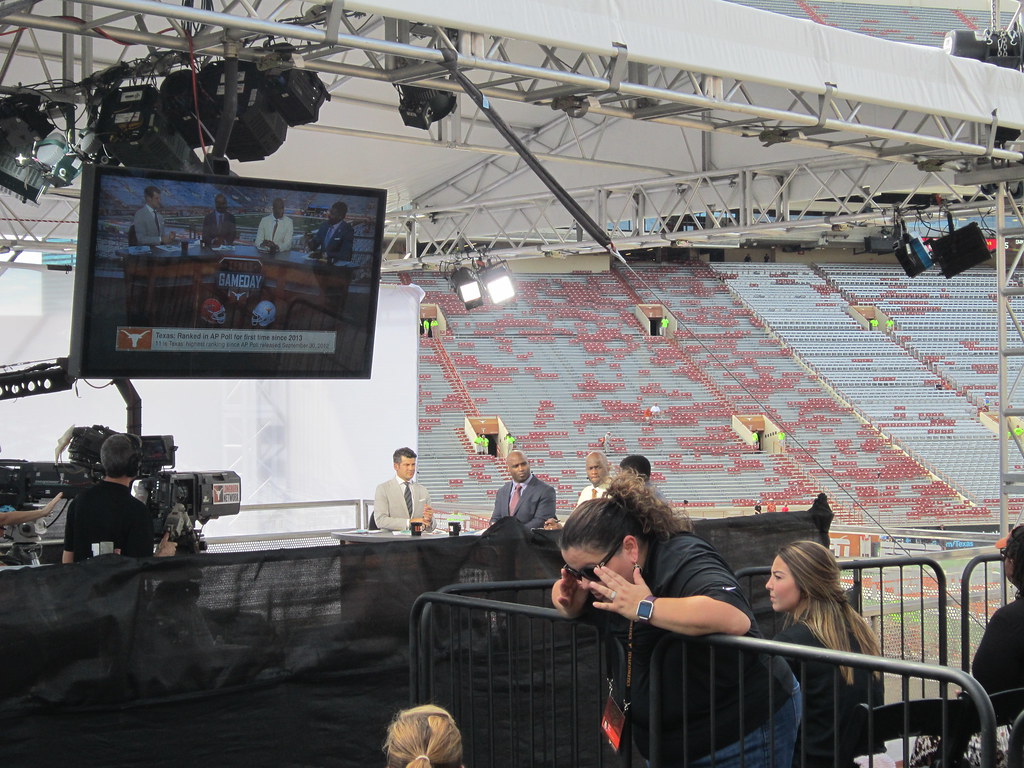 Finally the opening festivities started. Now, I have been to a few Seattle Seahawks games and this was very comparable. In fact there may have been more hype at this game as it was a combination of Longhorn, University and Texas pride all wrapped into one. 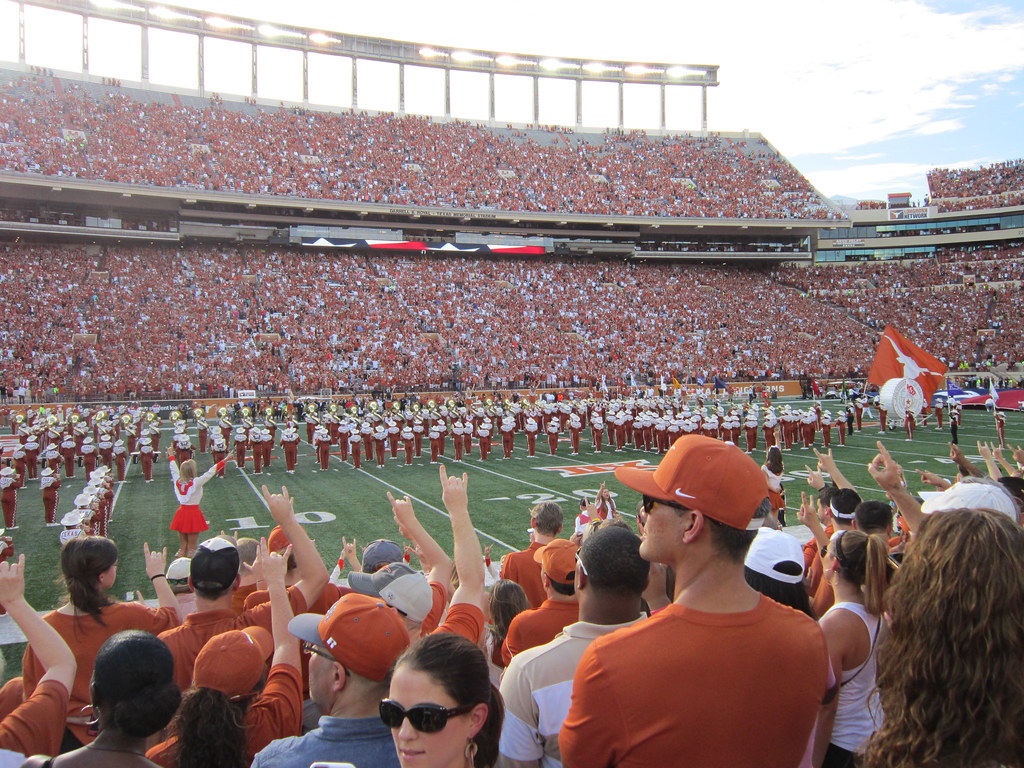 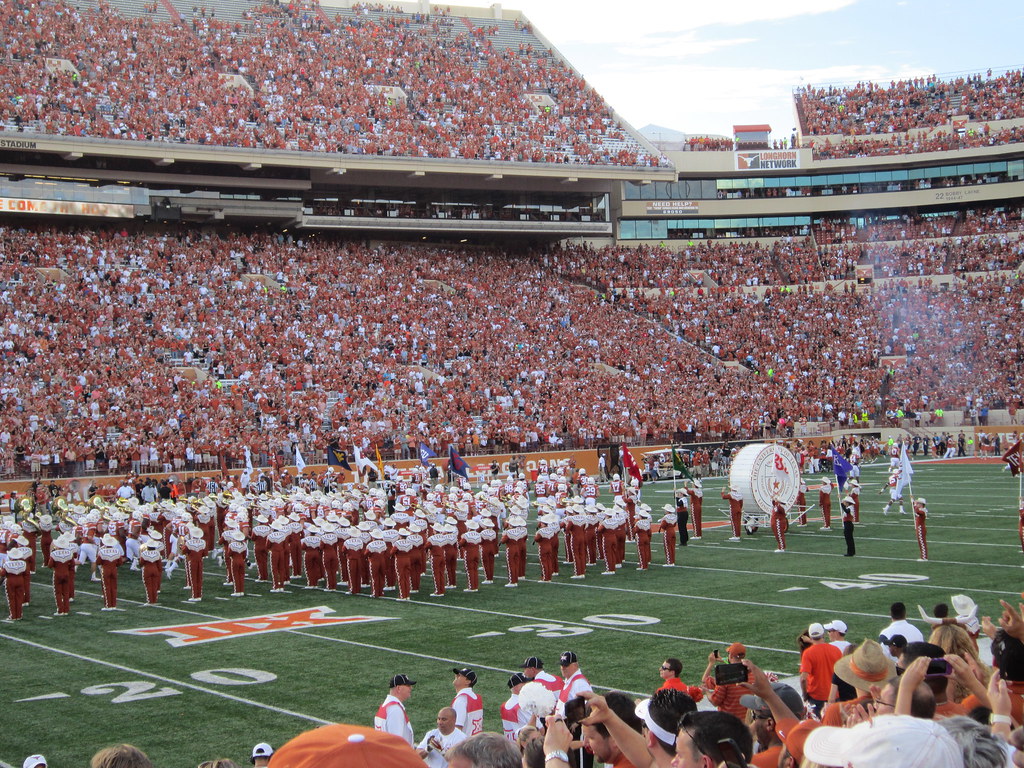 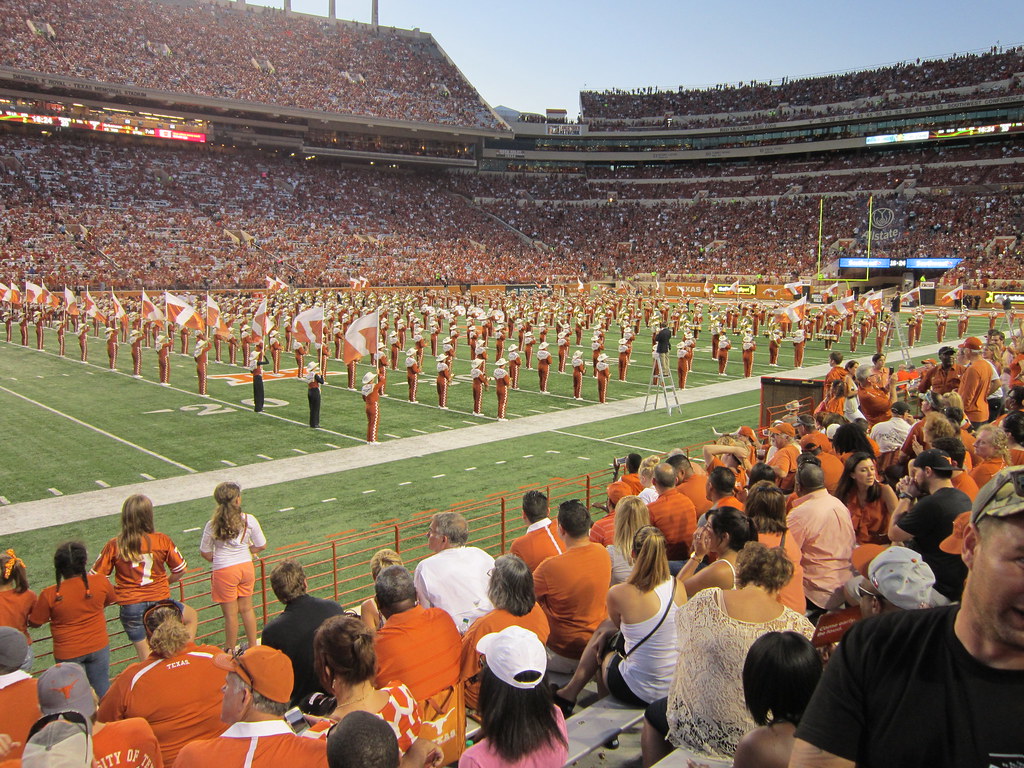 Of course there was the game too. The Longhorns thrashed UTEP. That wasn’t unexpected as the Longhorns had beaten Notre Dame the week before and were ranked number 11 in the nation. UTEP wasn’t ranked.

It was interesting to watch the Longhorn’s quarterback, Shane Buechele, who was a freshman out of Lamar High School in Texas. I was making the comparison of what I saw the previous night. There was none. Buechele played an awesome game. 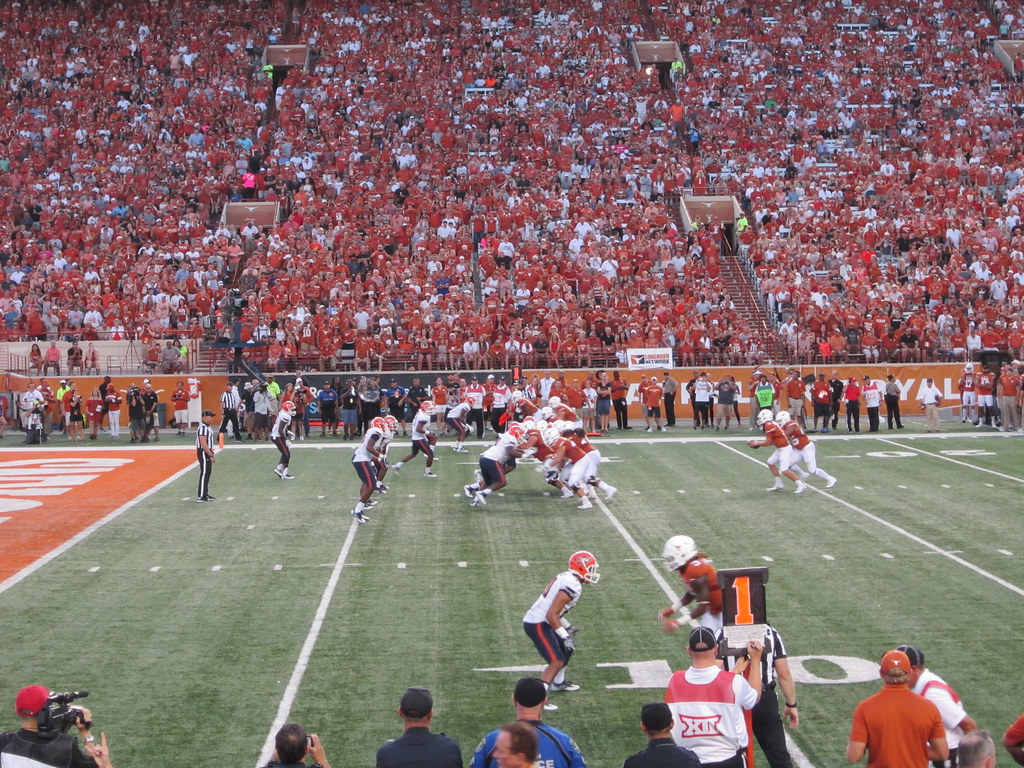 After the game I was ready to take the bus back to my Airbnb. I went to where the bus dropped me off thinking that since it was downtown, the bus would make a loop and head back. I was wrong. Instead it went to the very opposite end of town before taking me back. It took forever to get home and I was ticked at myself. Oh well. Lesson learned. Life is an adventure.

The location for today 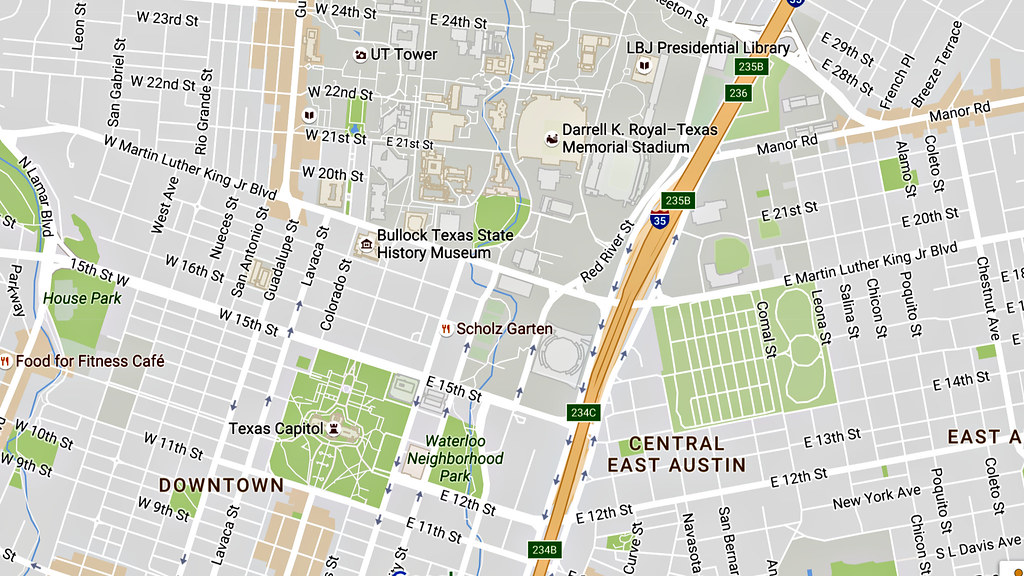