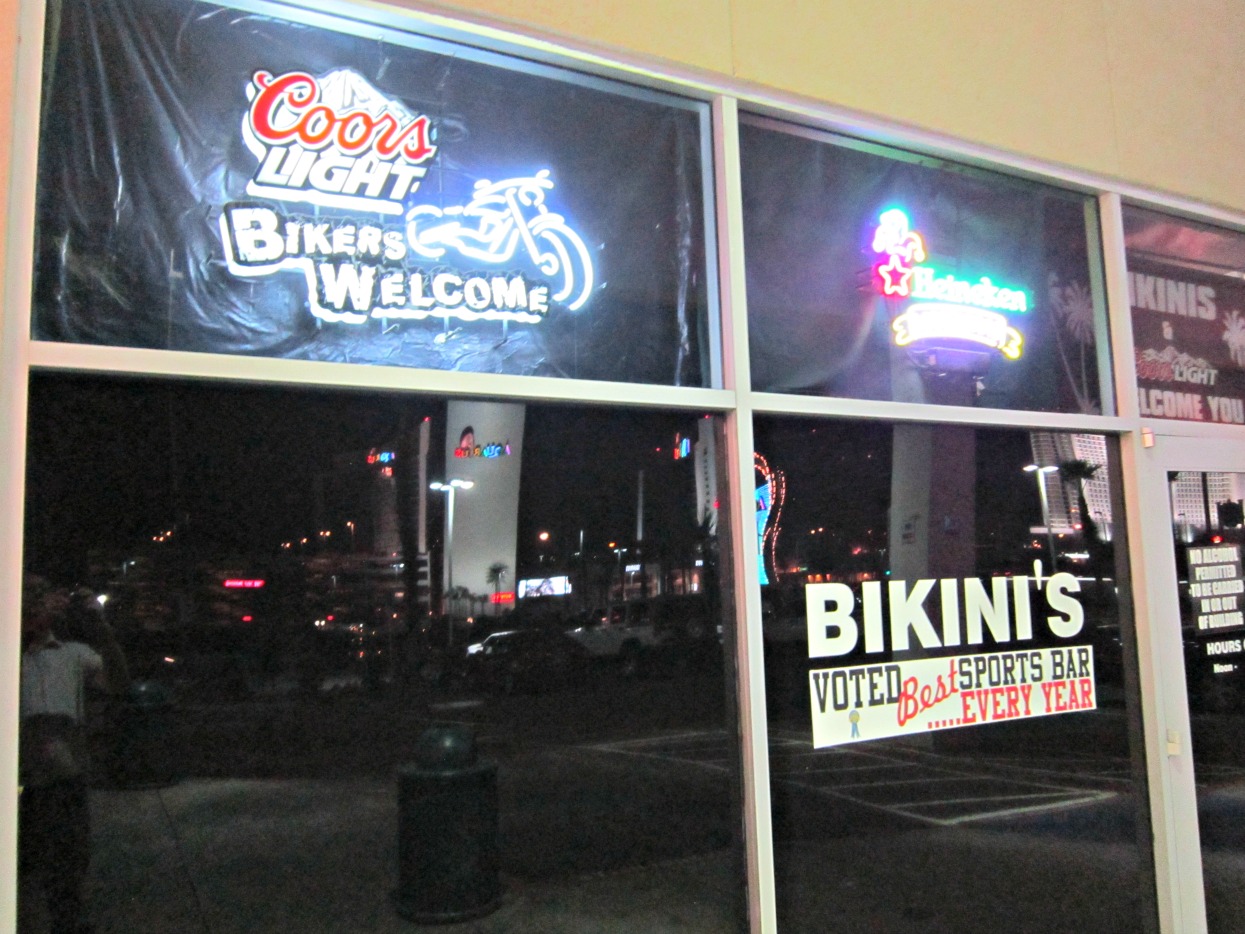 I spent three days and four nights in Laughlin. I needed it. I wish I could have stayed longer. But as I mentioned in my last post, the hotel rates go way up on the weekends. 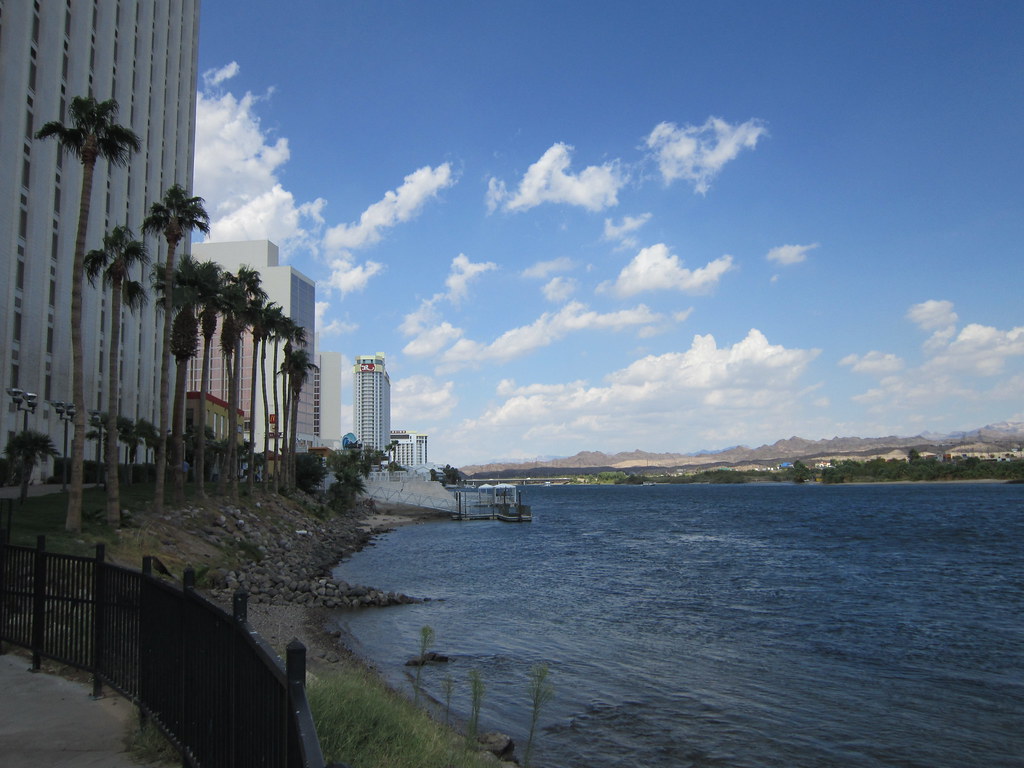 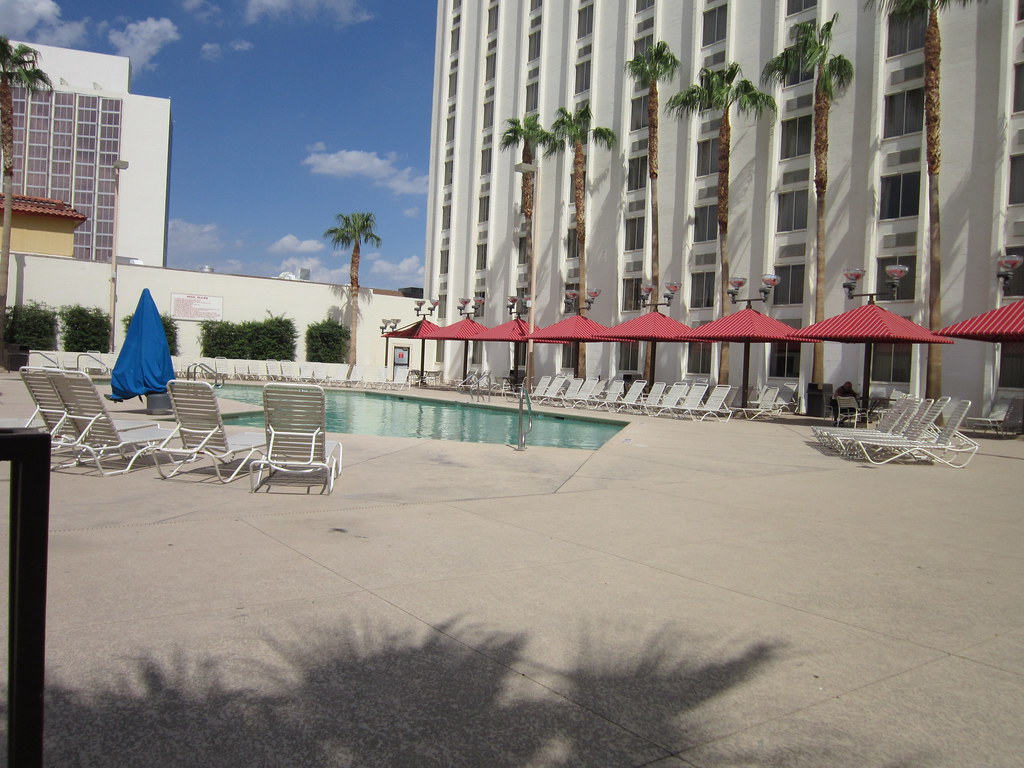 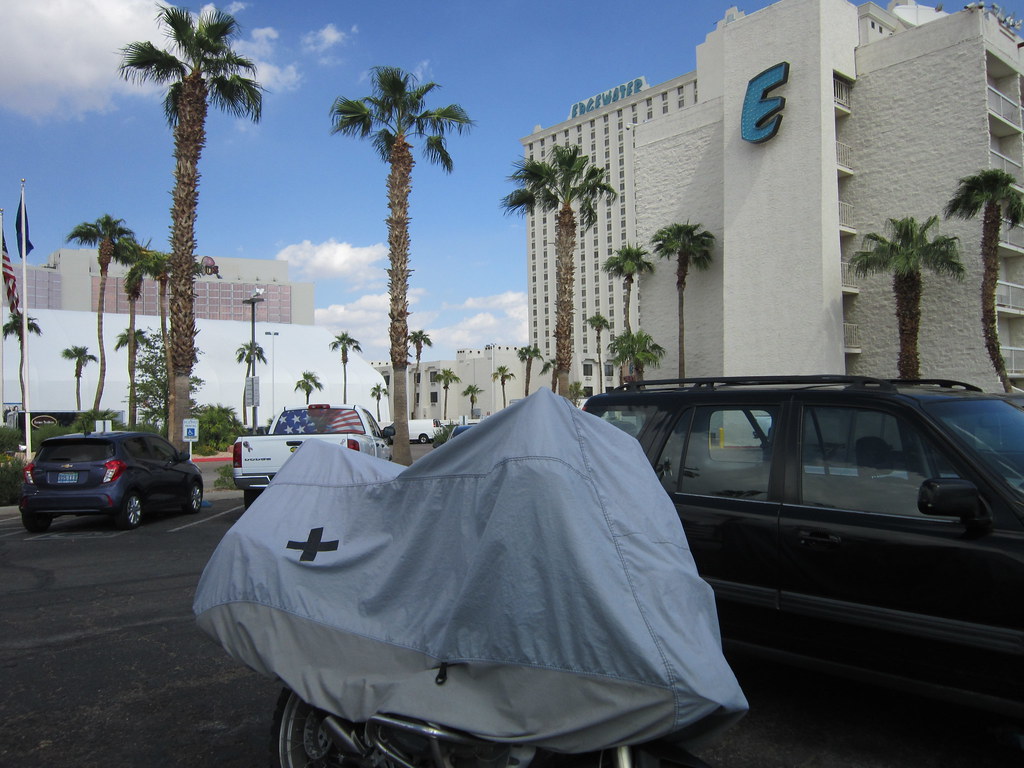 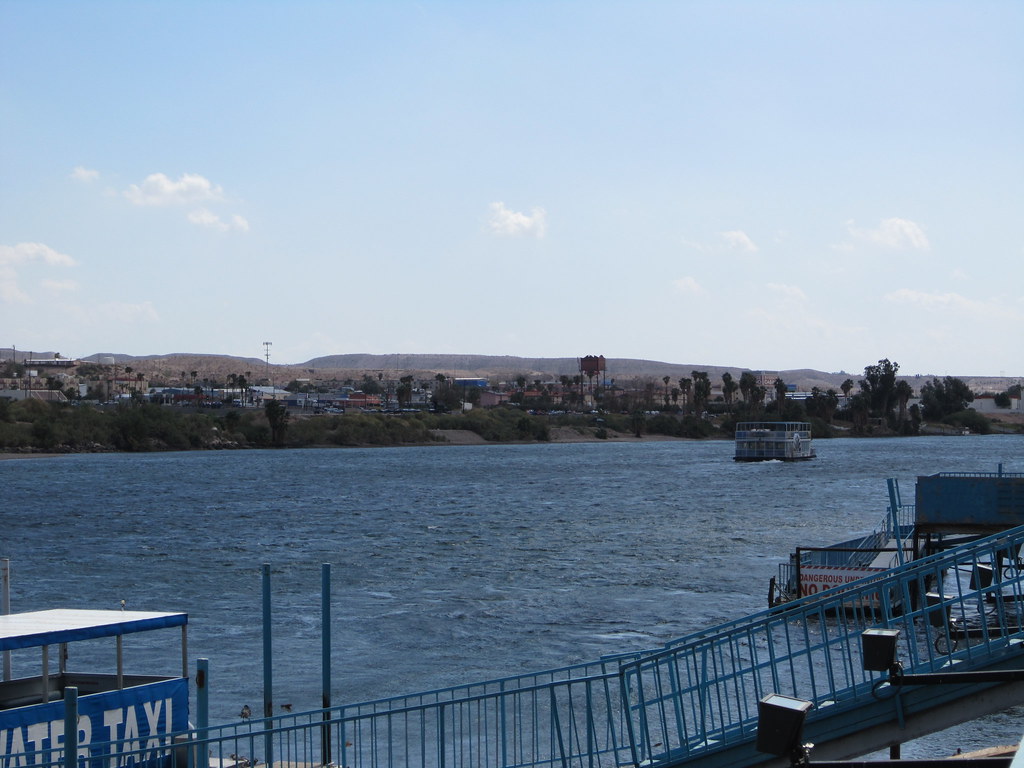 One thing evident as soon as I got to the Edgewater Resort in Laughlin was the age of people. At 58 years old, I was one of the youngest people there! And I have never seen so many walkers in one place. And speaking of walking, it is like everyone is in slow motion as they walk down the hall. So this is what an old folks home will feel like 🙂

I spent more time cleaning and packing that I expected during my stay. 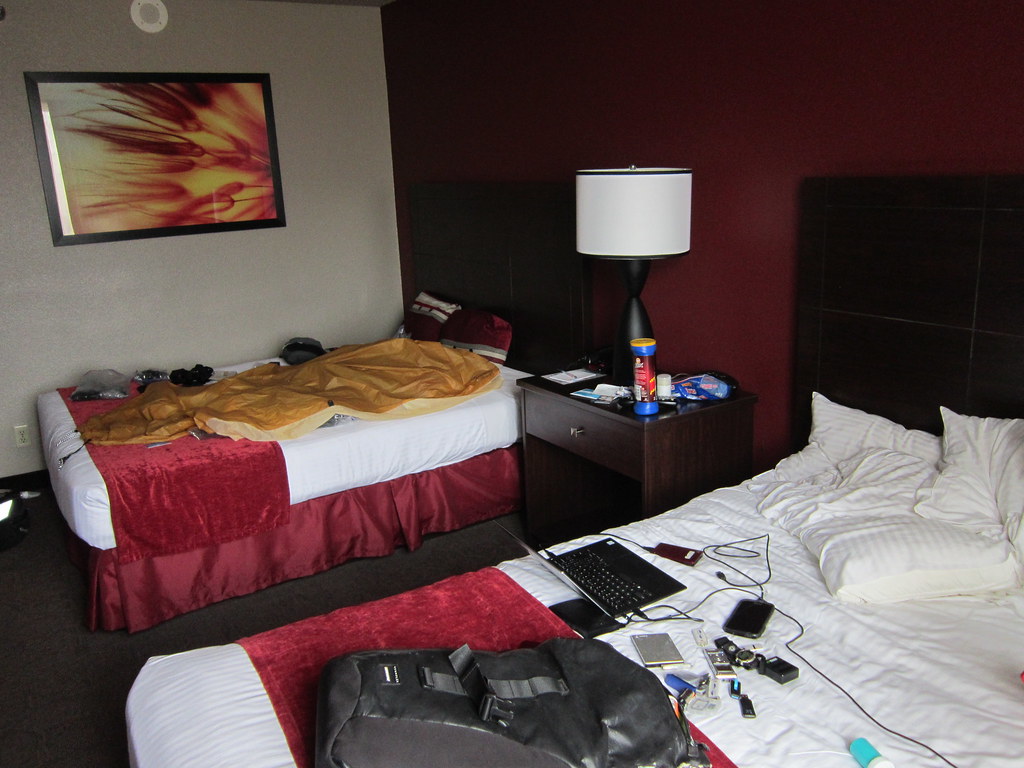 Part of this is my fault. It isn’t my favorite thing to do so I would clean for a bit and then watch TV for a bit. That’s ok … I was enjoying it. Everything got a good wash thanks to the shower.

I did brave the heat outside to go to the laundromat which is always a cultural experience ha ha. 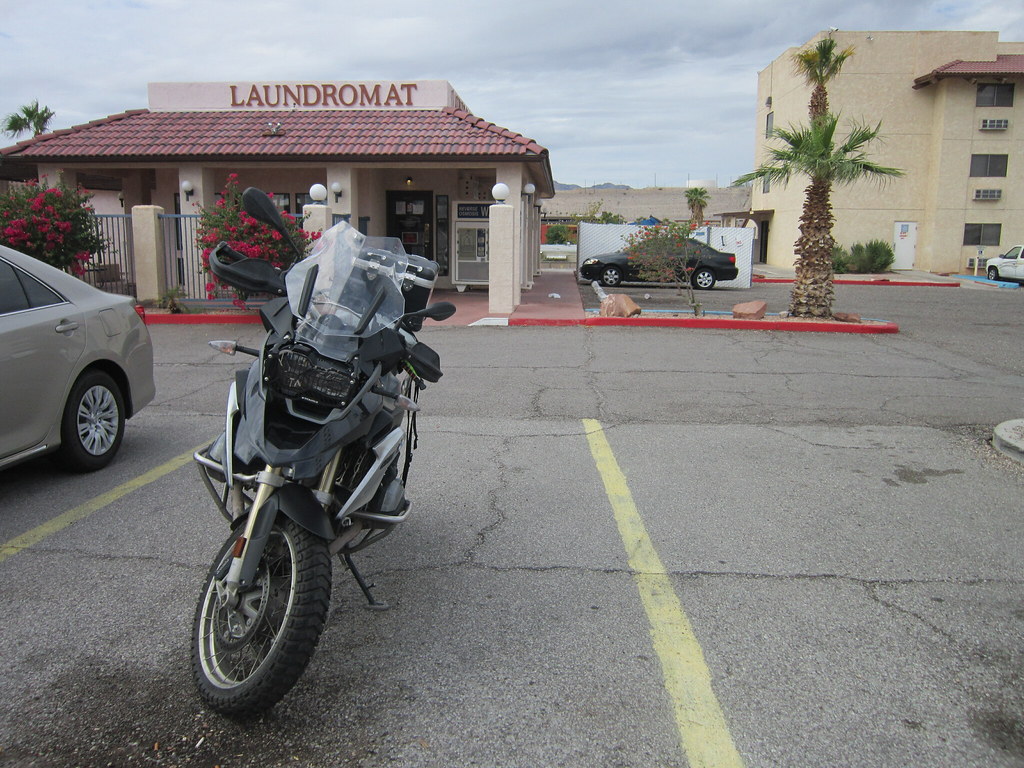 Finding free Wifi is one of the chores of travel bloggers. It isn’t as easy as you would think. I spent a few hours searching the hotel and neighbouring hotels for it. It wasn’t free at McDonald’s or In-N-Out burger. There was only one place to get it. That was at Coco’s Bakery at the bottom of the Edgewater Resort. 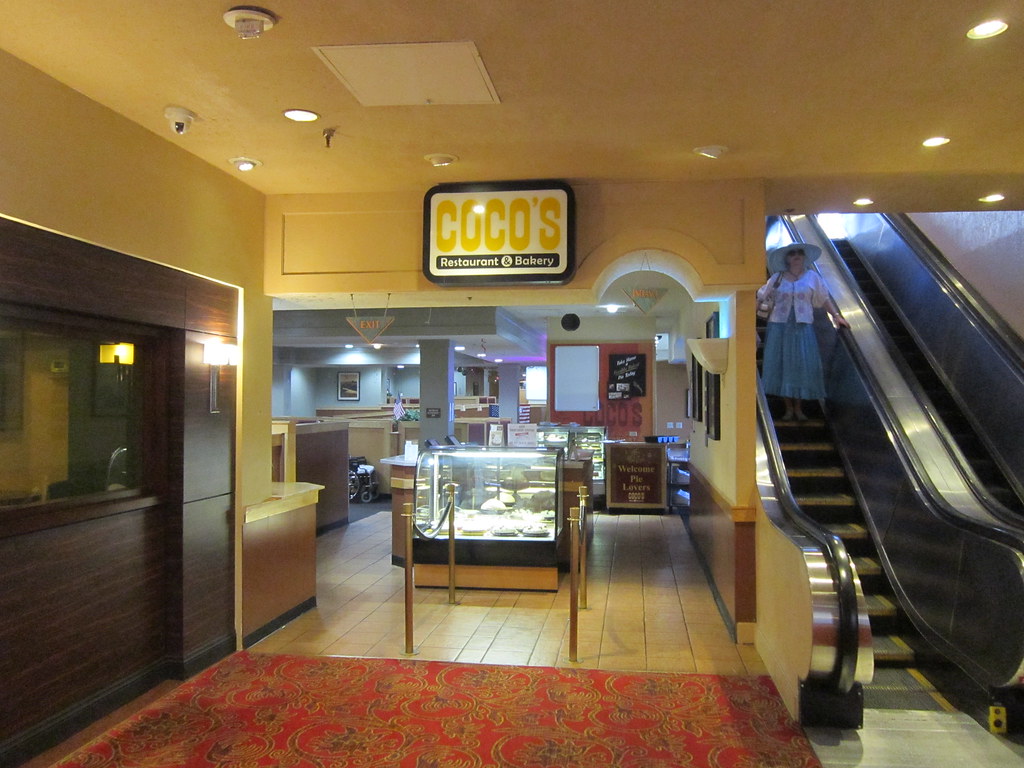 Now I could park myself just outside of the restaurant and lay on the floor to work, but I decided nah. So each morning I had breakfast at Coco’s and worked on my blogs 🙂 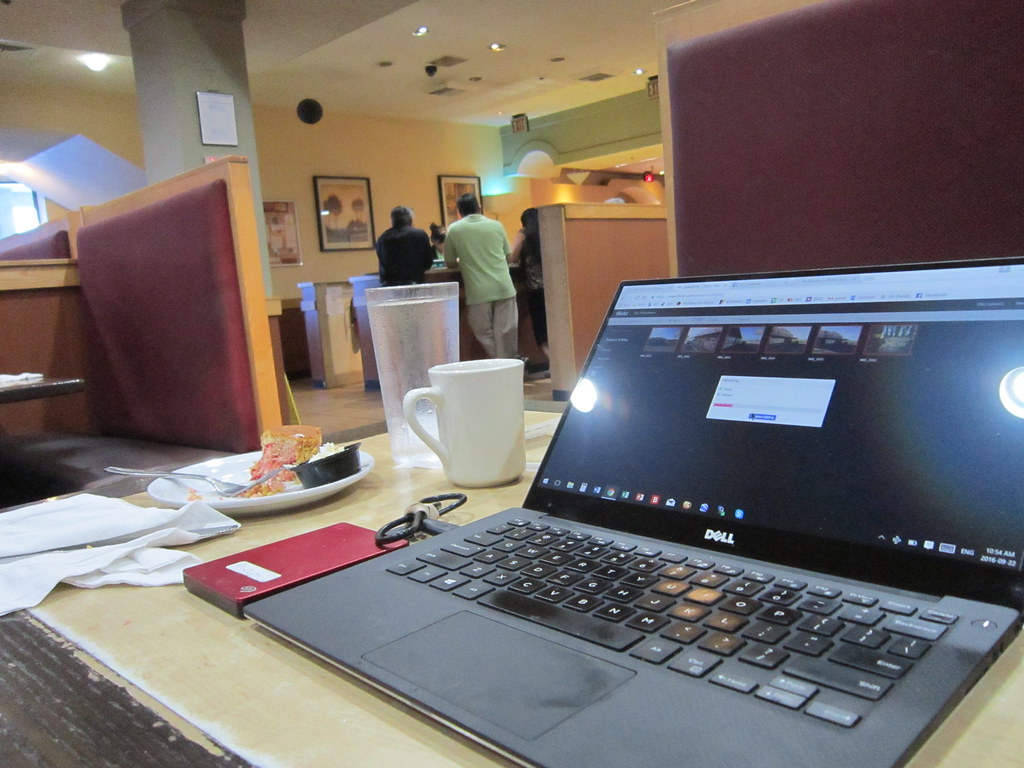 I was in Laughlin for Monday Night Football and Thursday Night Football. For Monday night I tried the Sports Bar at the Edgewater, but it was way too smoky. Yes, you are allowed to smoke anywhere here. In the Vegas hotels where I have stayed the exhaust system seems to do a good job of getting rid of the smoke. But not here.

I then went to the The Hickory Pit next door which is an expensive steak restaurant. In the lounge they were played the game. So I splurged on an expensive salad, appetizer and a couple of beer.

Now Thursday Night Football, that was an experience.

As I was walking around town I saw a bar at the outlet mall across the street. The signs said, Bikini Bar – Bikers Welcome – Best Sports Bar. How could I go wrong going here for Thursday Night Football?! 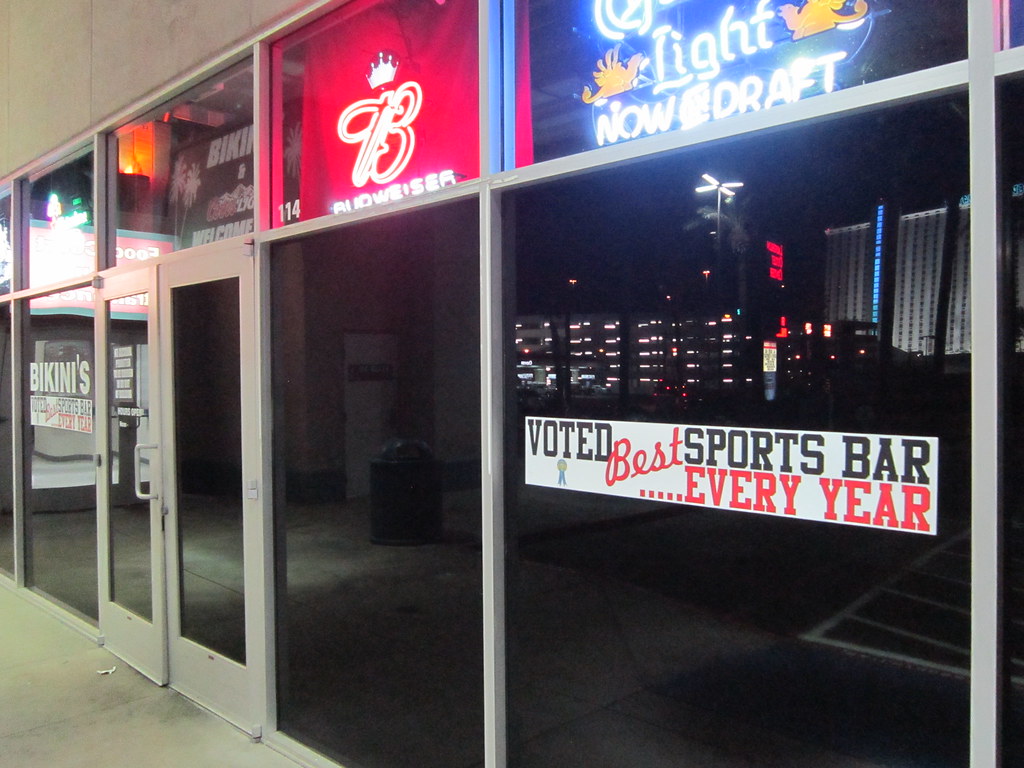 As I walked in, no one was there. Uuummmm. However, I did notice the bar tender was wearing a bikini. Wasn’t expecting that, but I guess it made sense since the place was called Bikini Bar.

I sat down at the bar, and Randy the bar tender assured me they would put the football game on and turn up the sound for me. In the end they did do that but only on one small TV that wasn’t even HD. I was the only one watching it. Best Sports Bar? huuummm.

Randy said they would have specials during the game. When I was ready to order she said that had chicken fingers, chicken strips, chicken wings . . . then she stopped and said, “I am trying to make this sound fancy,basically we have chicken.” I ordered 4 chicken strips for $6.75.

Moments later I saw a guy with a bag of frozen chicken fingers place them in some sort of small oven on the counter. I waited and waited and waited. Finally I saw Randy turn the chicken strips over. She came to me and whispered that she had forgotten about them and they were a bit burnt. She would only charge me $5 for them. She promised she wouldn’t forget this this time.

I waited and waited some more. I could smell them burning ha ha. The burning must of reminded her and she fished them out and gave them to me. She whispered again to me that she was actually half drunk and forgot about them. She also said that she use to dance here (??? huuummm) and just returned to bar tend. She had never done it before. She ended up giving the chicken strips to me for free. They were burnt a bit but with some beer and ranch sauce it didn’t really matter to me ha ha.

Perhaps her dancing comment explained why there was this weird little bathtub/swimming pool in the room. Something told me I wasn’t in Kansas anymore 🙂

The New England Patriots were killing Huston. So when the strobe lights came on I made a hasty exit. Perhaps I should have stayed for some culture. Maybe this is where the under 60 crowd comes.

I was sad to see my time here end. I could have used another 2 days. But i am anxious to get to Mexico. I am excited about being in a different culture. The goal is to really slow down when I am there. 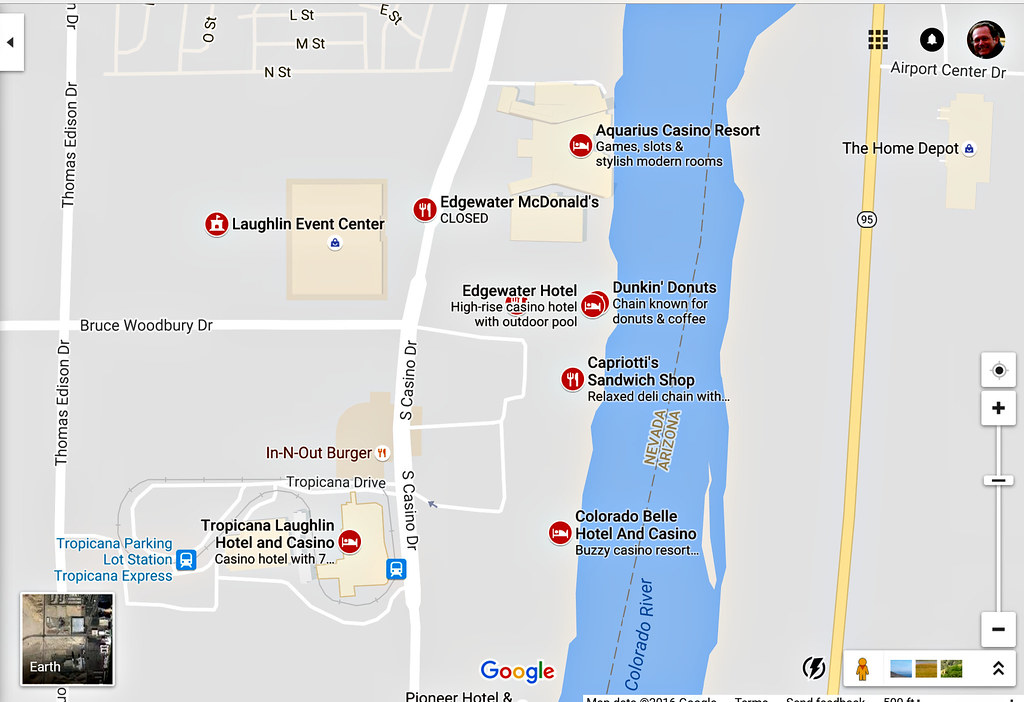