The highlight for today’s ride was the Watson Lake Sign Forrest.

I had ridden between Whitehorse and Watson Lake on the way up. I generally don’t like riding the same route twice if I don’t have to. But this is about the only way between the two towns to start heading south and hopefully into warm and sunny temperatures.

It is funny that the hottest part of the trip so far was at the Arctic Circle!

Anyways, I woke up when I woke up, from the Caribou Campground at shortly after 6 am. There was suppose to be “strictly” no shower before 7 am. I am a rebel so I had a shower ha ha.

There wasn’t too much of interest along the road. Just the usual great scenery.

I got to Watson Lake early and got to the famous Watson Lake Sign Forrest. I had read about it lots from fellow adventure travelers who left a sign or sticker there. When I started to walk through it I was surprised at how big it was. 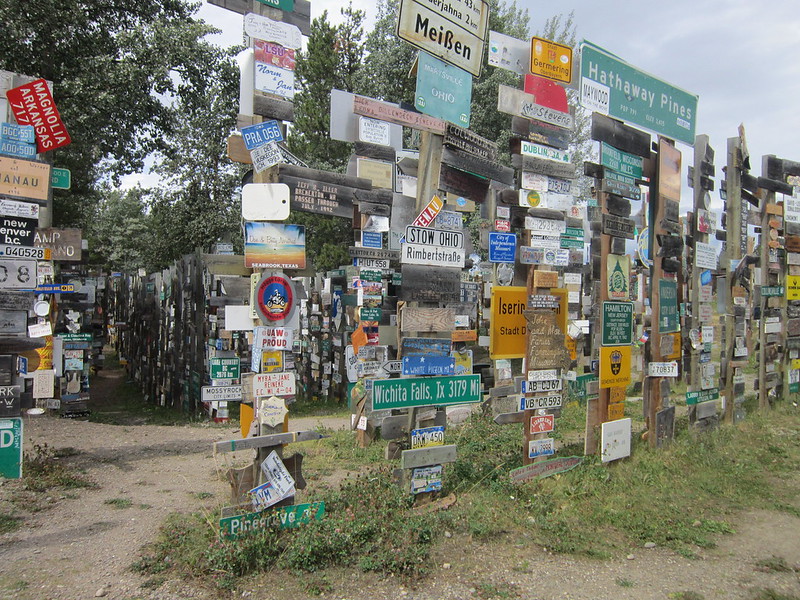 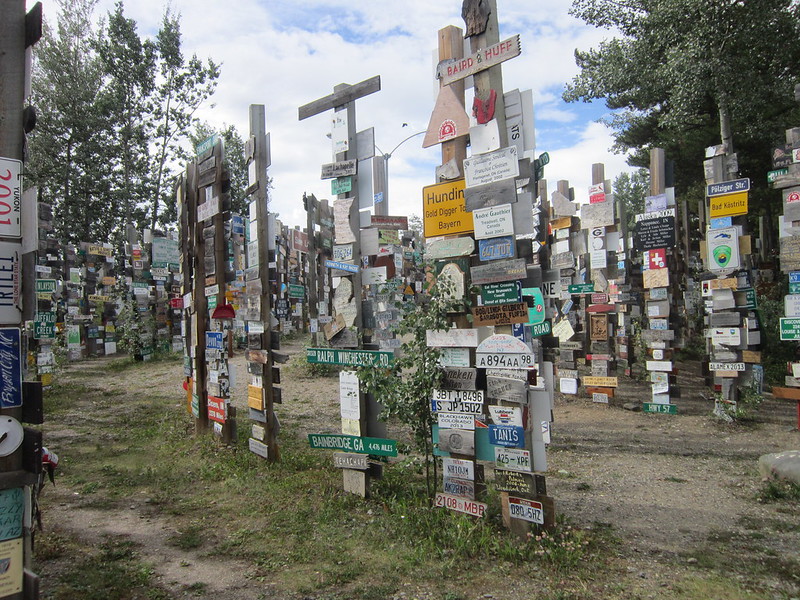 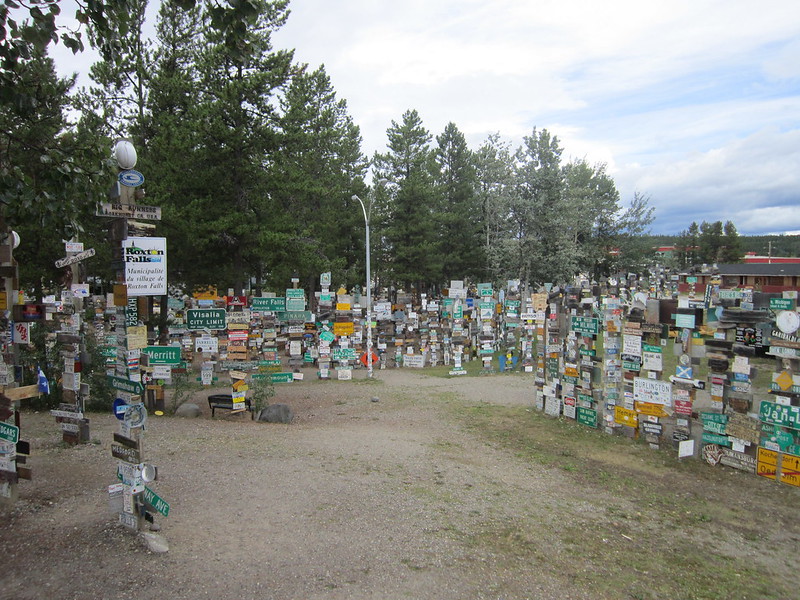 I looked everywhere for a sticker that I recognized. The goal was to place my sticker near one of those of people I had read about in blogs. As much as I looked I couldn’t find a sticker I recognized. I guess I should have done more research before I arrived.

Eventually I decided on a place for my sticker, right down the path from the information booth. It was time to find my lodging for the night.

I had read about the Air Force Lodge and besides being unique, it was one of the more inexpensive places in town. Inexpensive being a relative term. Still way over my budget.

I arrived at 1:30 pm and there was a sign on the door saying they would be back at 3. After a few minutes Mike popped his head out the door. He said they were busy cleaning the whole lodge but would let me in as soon as they could. No problem. I took a beer and some left over Doritos and sat on the picnic table and relaxed. Shortly after 2 Mike yelled and said I could come in. 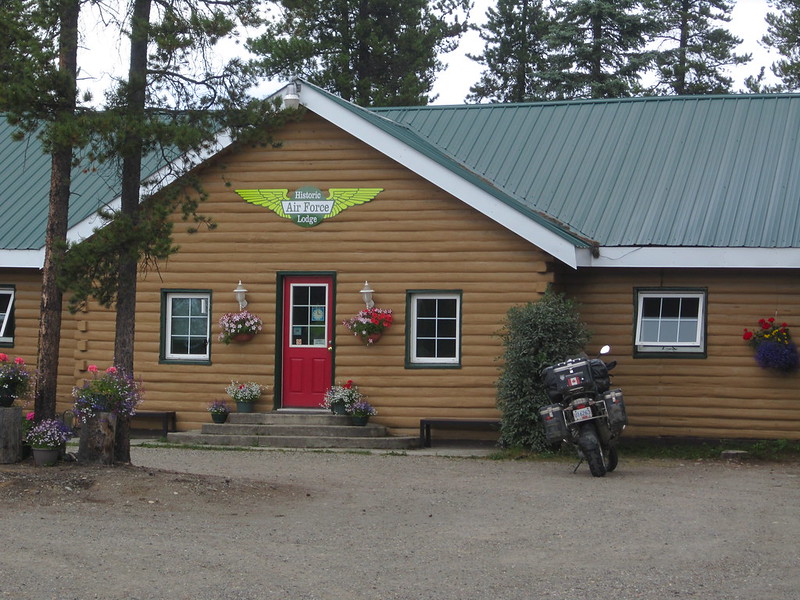 The first thing I was made aware of is that this is a “no shoe” lodge. Shoes have to be taken off at the front door.

The second thing I was made aware of was the history of the lodge. Originally built at the Watson Lake Airport 1942 as a barracks for the pilots flying during Second World War, it was later moved to the town where it stood empty for many years. Then in 1999 the present owner completely and thoroughly refurbished the interior while leaving the exterior structure in its original form. Over the period of two and a half years of pains taking and meticulous craftsmanship the interior became a visitor’s lodge still very true to its wartime functional purpose of barracks, but with many modern features that surpass the highest building standards.

The first thing I noticed though was that this place was immaculate. There wasn’t a spot of dirt anywhere. The room was simple but had everything I needed. What an excellent place to spend the night. 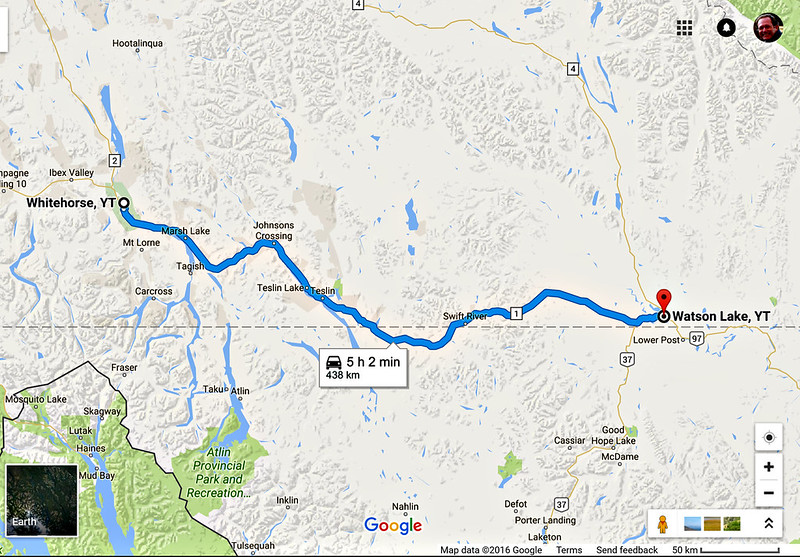