After 3 days of enjoying the beach life, I rode to the big city of San Jose Costa Rica. The main purpose of going here was that I had booked a flight home for 2 weeks. Also, unlike a lot of adventure motorcyclists, I enjoy looking around the big cities.

The one thing beach resorts and big cities have in common is that accommodation is expensive. San Jose was no different. I decided I would find a hotel deal on Expedia, and use the Expedia points I had accumulated to even get a better deal on my hotel. The result was a nice hotel far below my budget.

As usual, I arrived at the TRYP Hotel early. As a result my room wasn’t ready yet. When it was I discovered they put me in a Premium Suite! 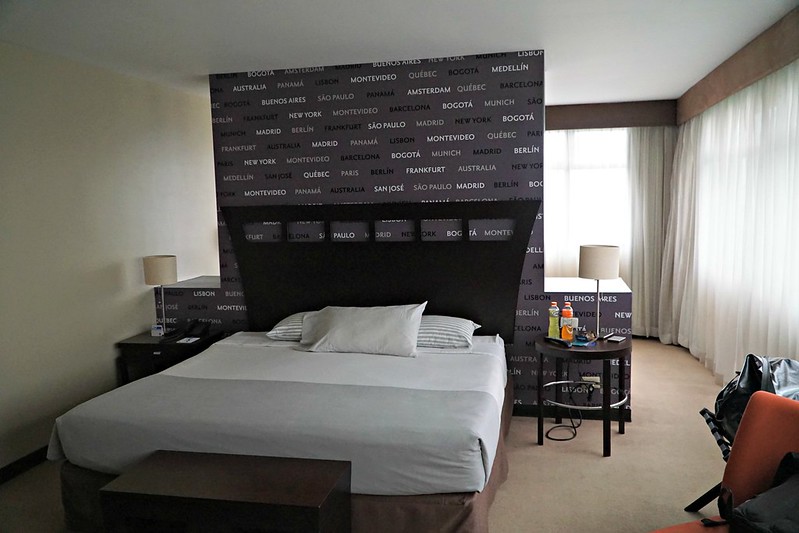 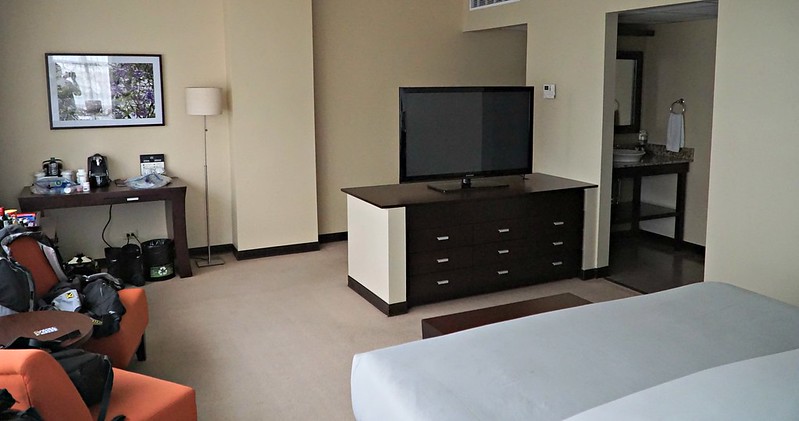 It had been a LONG time since I had accommodation this nice. I really didn’t want to leave the room so I could enjoy it as much as possible.

So as to not to venture too far away the first night, I went to the bar in the lobby for happy hour. What happened next I’ve had various opinions about.

OK …. it was 2 for one beer and appies in the bar. They even had a happy hour menu with the 2 for 1 stuff. So I ordered a beer and meatballs. Not long after they came. When I finished my beer the second one came. But for some reason when I finished my meatballs the second one never came. I patiently waited for them. They never arrived. Finally I asked my server about my second dish of meatballs. She said I never specifically requested a second one. What?! It was 2 for 1 appies. A debate ensued. Both of us stuck to our positions. She said I never ordered a second one and I said it was 2 for 1 and I ordered off of the 2 for 1 menu and I got my 2 for 1 beer so why wouldn’t I get the second appie. And why would I just order one when it was 2 for 1. She replied that Happy Hour was now over anyways. I HATE confrontation but I did it anyways here. Finally she said she would check with the chef. I got my second dish of meatballs. I ate them quickly though. I just wanted to get out of there. And “classic Dad” as my kids would say, I would never return to the bar because of the experience.

However, I did enjoy two awesome nights in my room on what seemed to be the most confortable bed I have ever slept on.

I had one day to explore the city. First, I walked downtown down a pedestrian mall. 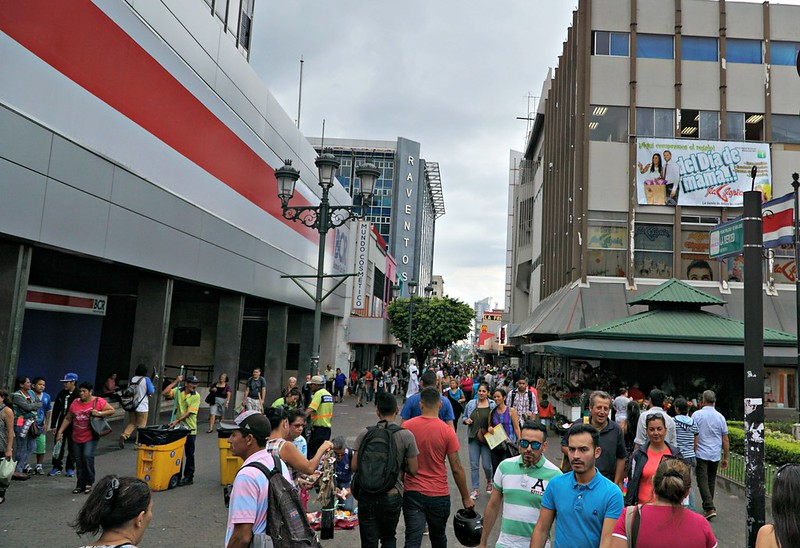 There really wasn’t much to see so I walked around looking for things of interest. Huuuummm a museum with Mickey and Minnie Mouse outside. That was interesting! 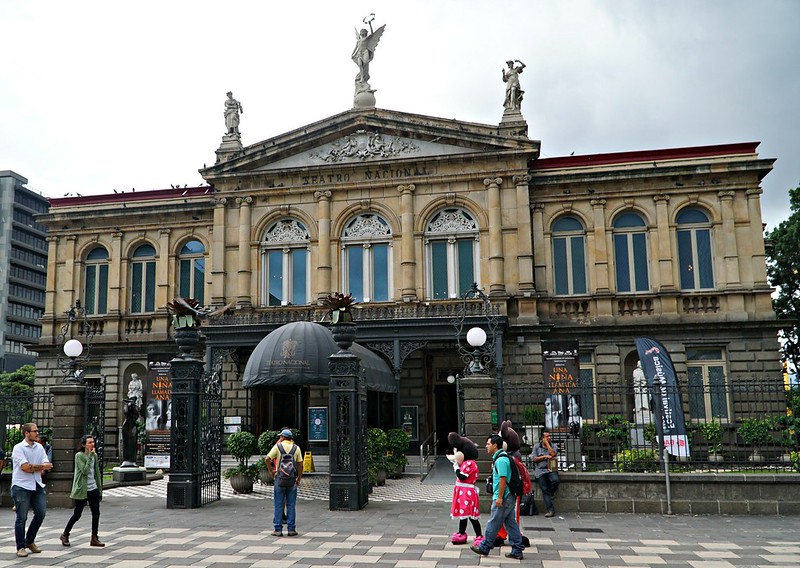 I did find the main plaza which is generally the hub activity. 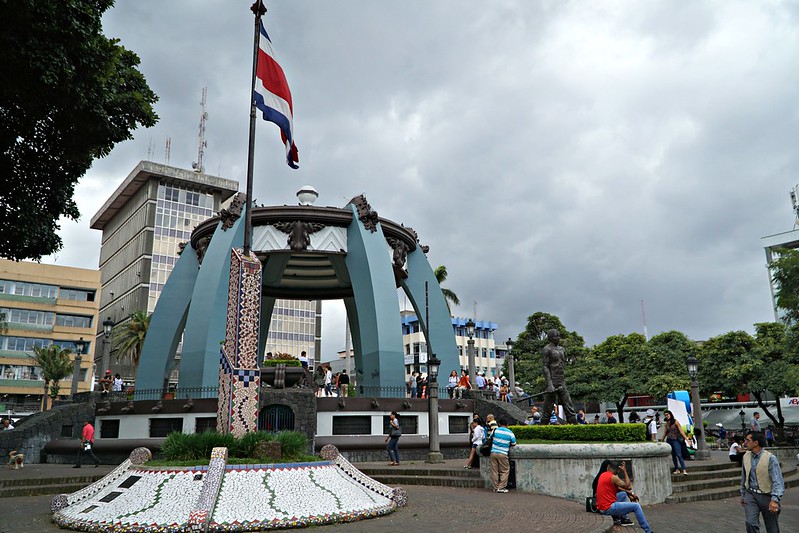 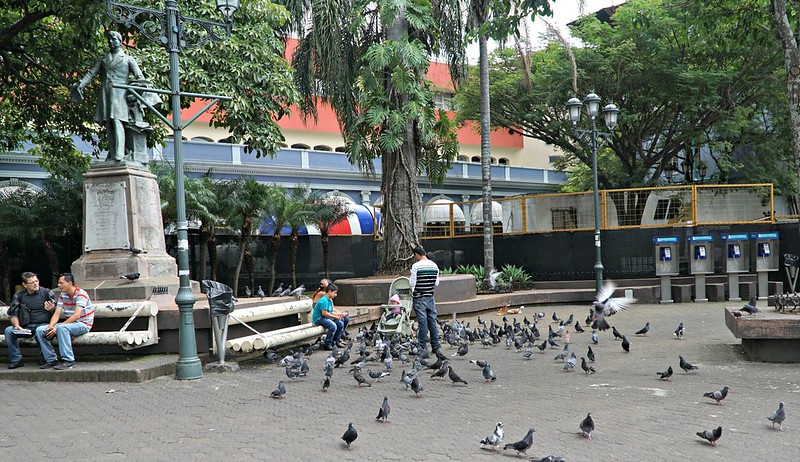 The church on the plaza didn’t look like much from the outside. But sure nice on the inside. 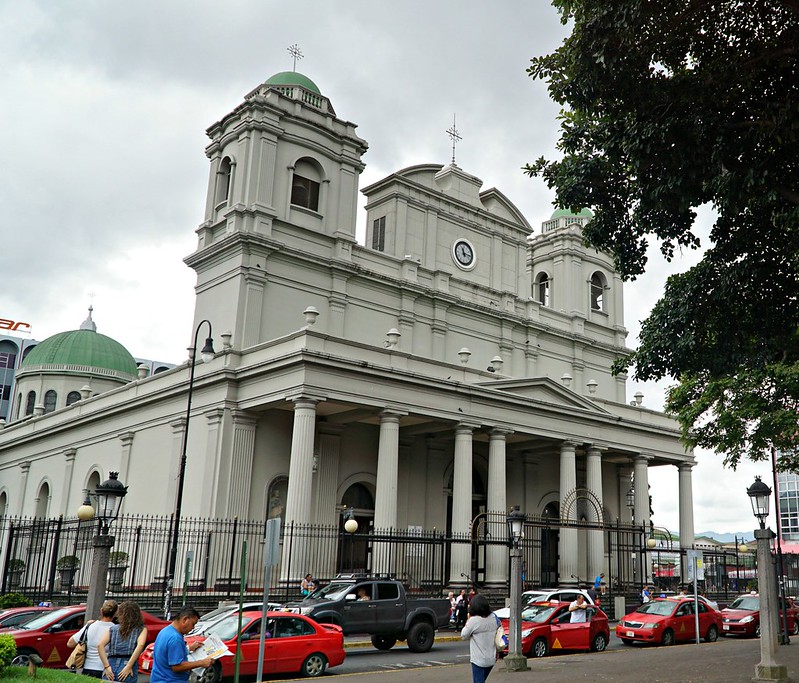 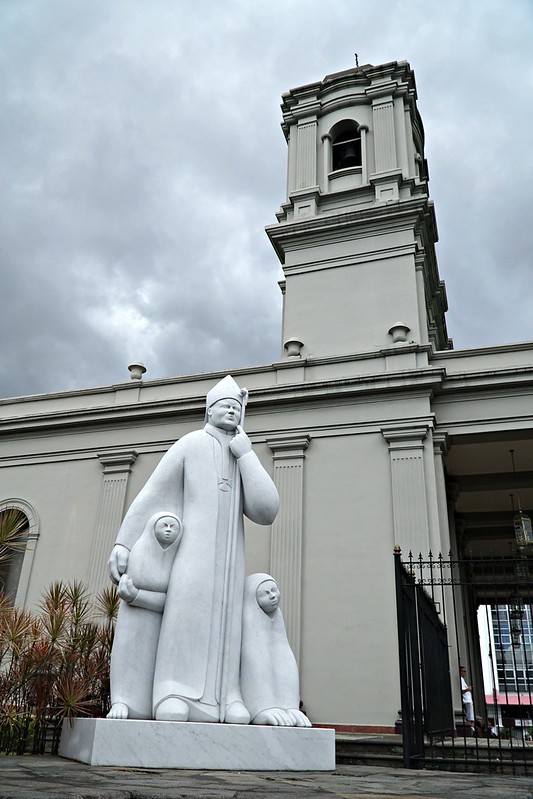 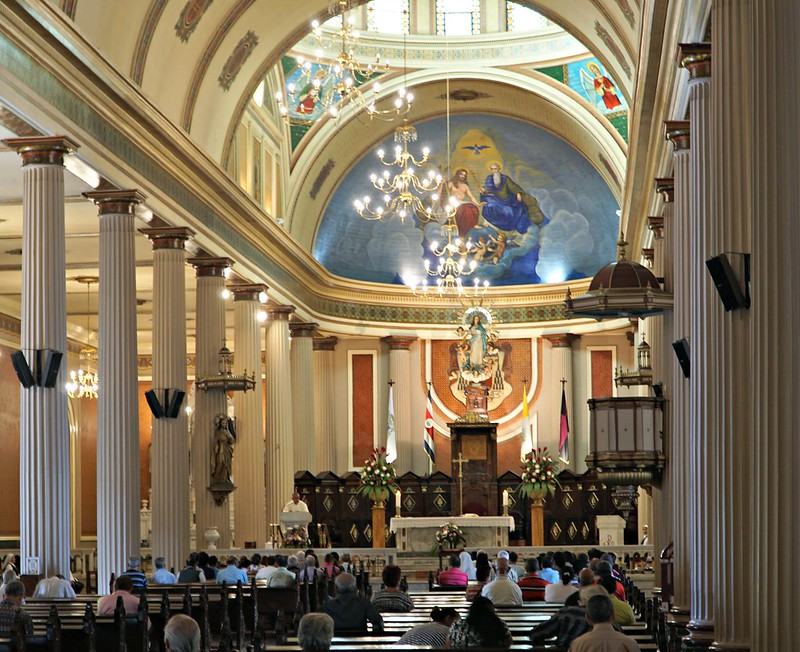 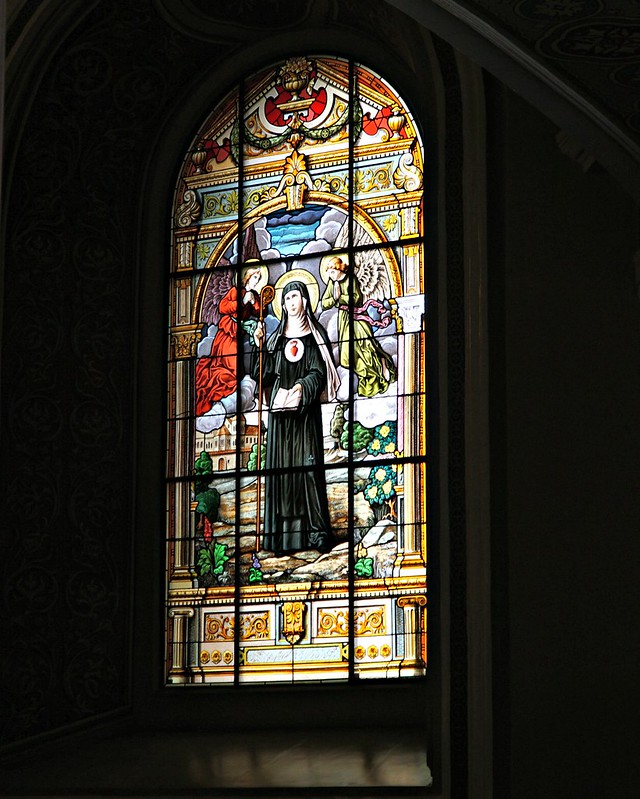 I continued to wander around looking at the buildings and street art. 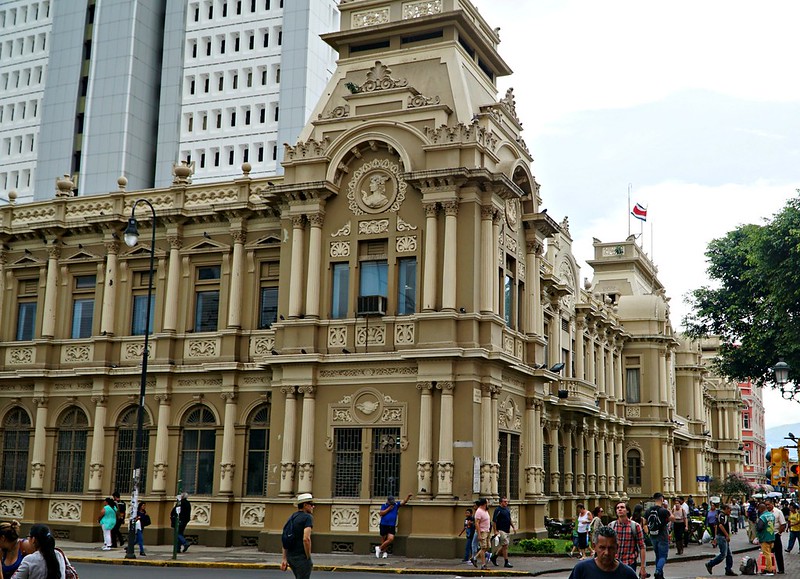 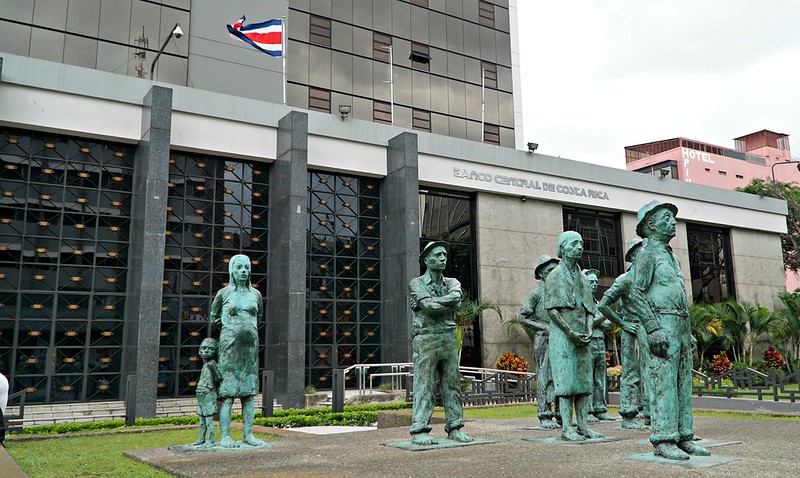 While walking back to my hotel I found the main market. 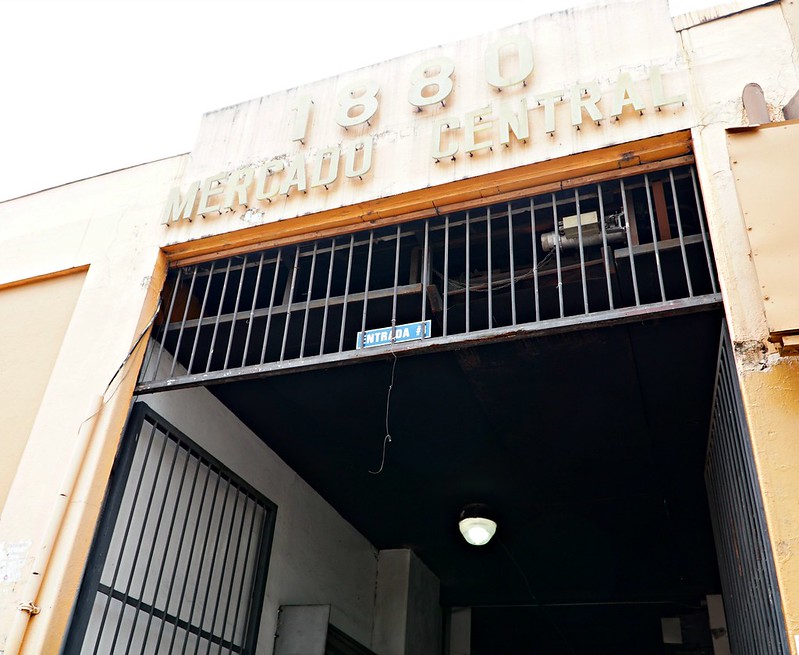 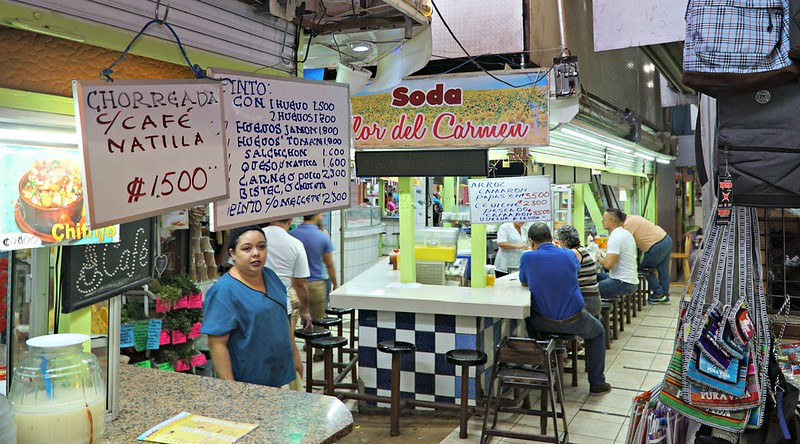 Not sure if these were for eating or for pets huuuummm 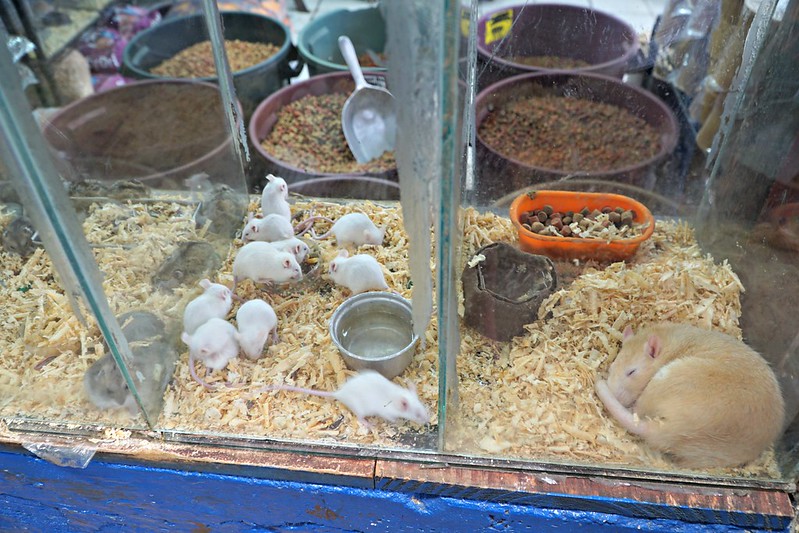 As I approached my hotel I saw this store. Now I’m not sure if it was a misspelling or perhaps a clever double meaning. 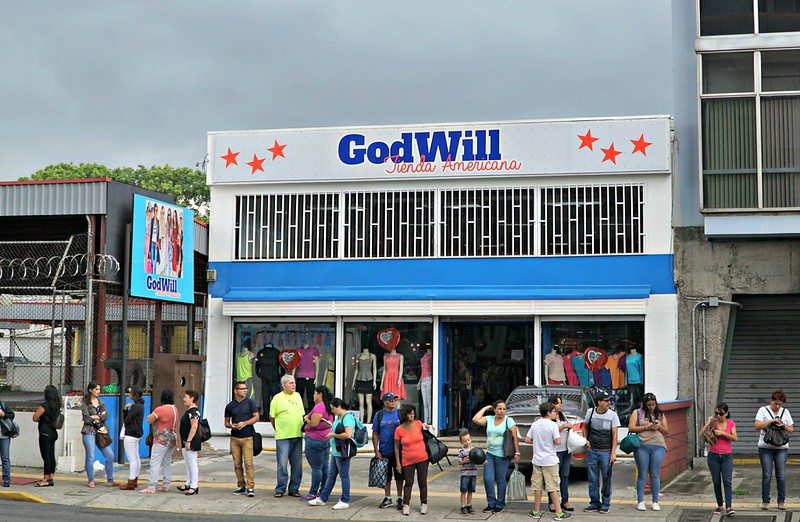 By the time I got back to my hotel there was still time left in the day to do more exploring. So I headed the other direction to La Sabana Park. 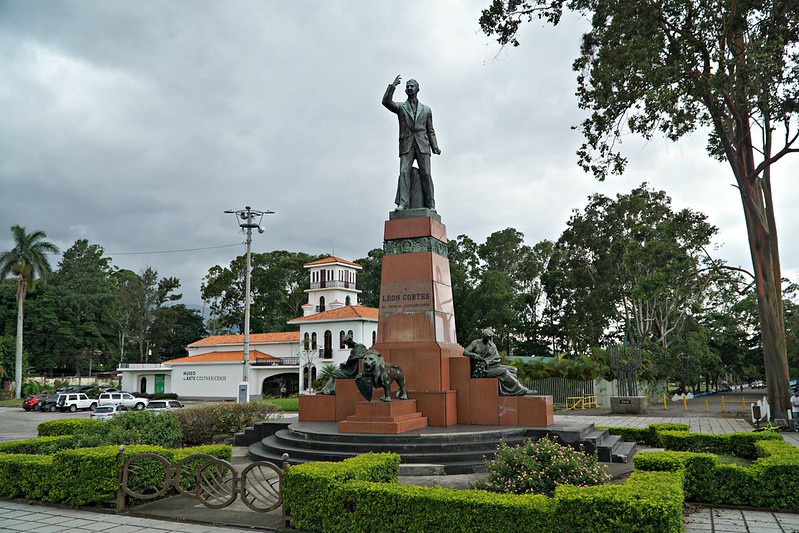 I thought it would be just a leisurely stroll through a park. But it turned out to be the highlight of the day.

As soon as I entered I saw lots of soccer fields. On one of them a goalkeeping school was taking place. 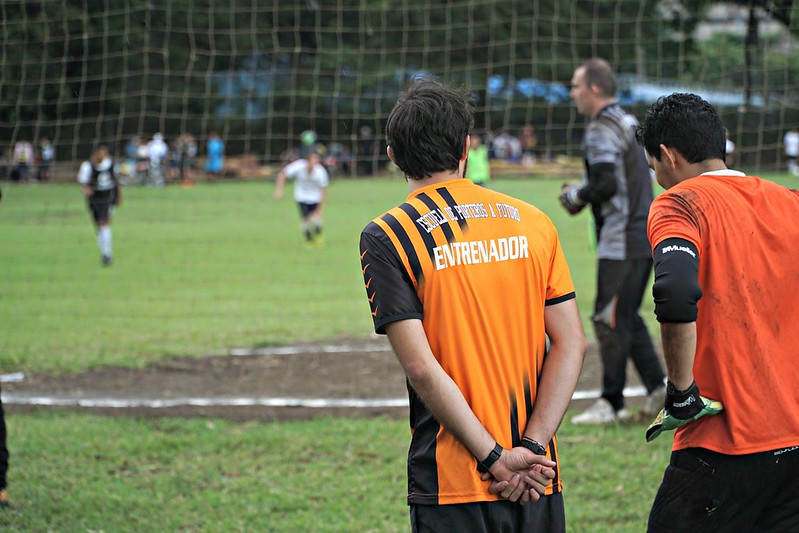 Funny watching the younger one learn the skills. This guy had a few problems. 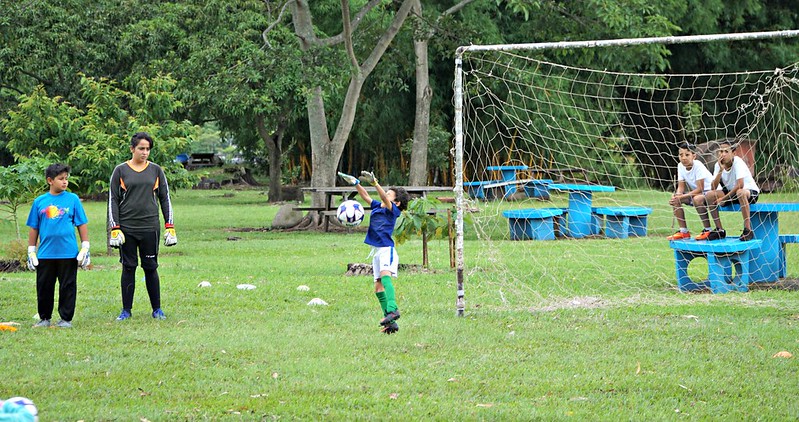 I continued walking in the park past the police station where their horses were feeding.

In another open area there was a band playing with kids dancing. It looked like it was going to be a Girls Scouts jamboree. 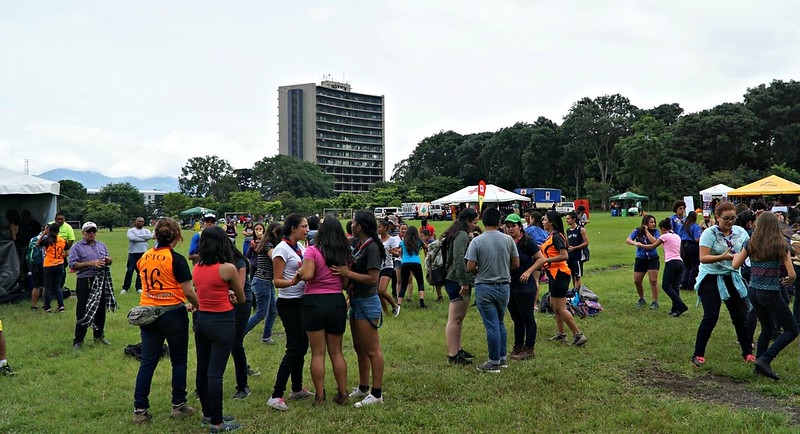 On the other side of the field was the National Sports Stadium. 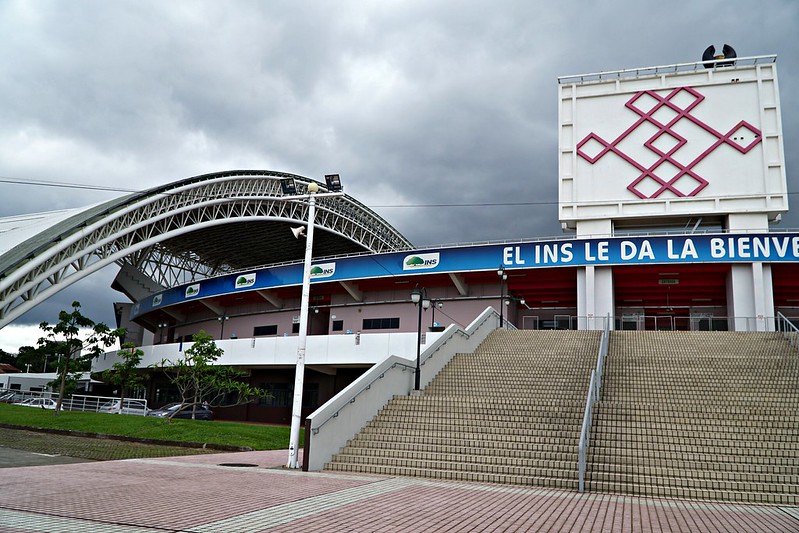 It was then I saw something I’d never seen before. Truly amazing and shows anyone can play the “beautiful game.” There were a group of amputees playing soccer! I just stood and watched.

Loved it! So cool.

With that I headed back to my hotel to enjoy my last night in luxury ha ha. 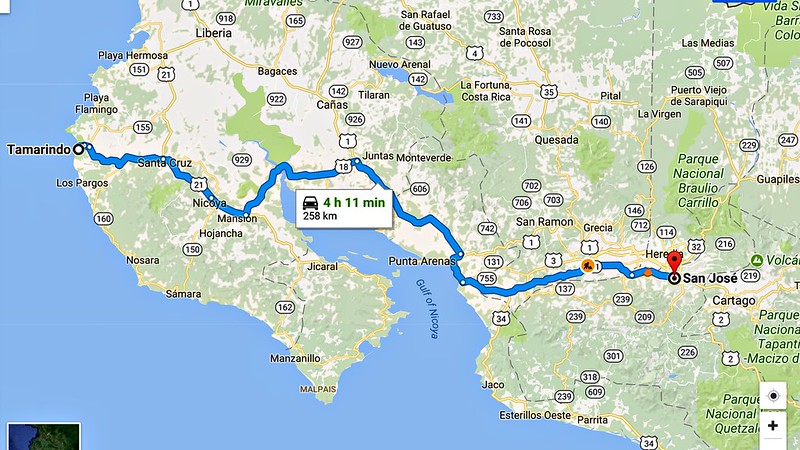