With my time at Puerto Viejo finished 🙁 it was time to make the border run to Panama at the Paso Canoas border.

Of course all roads in Costa Rica lead through San Jose. Since I was just staying a night there, I picked a cheap, but really nice, hotel on the outskirts of San Jose – Hotel Posada Canal Grande. 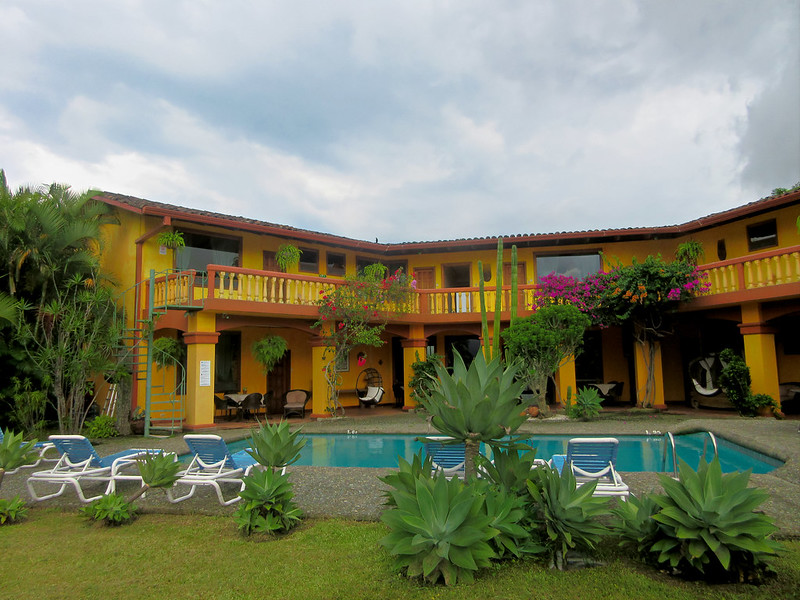 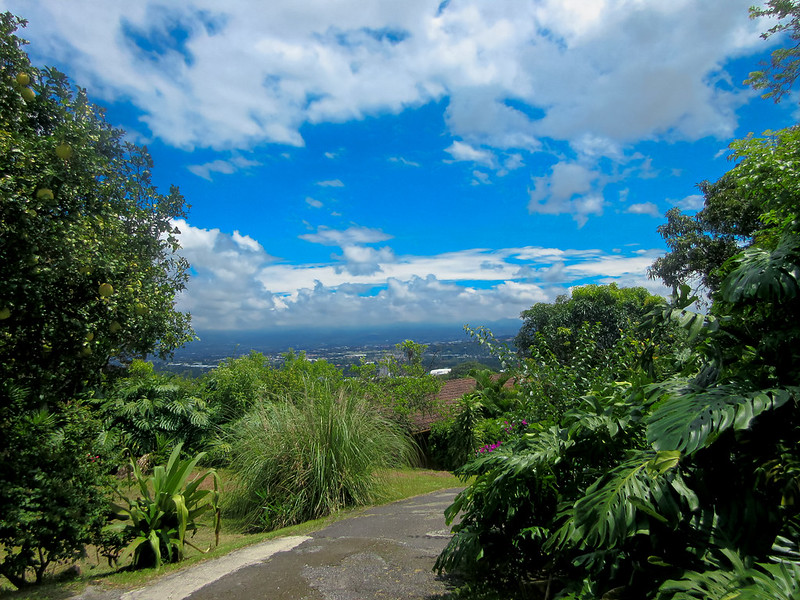 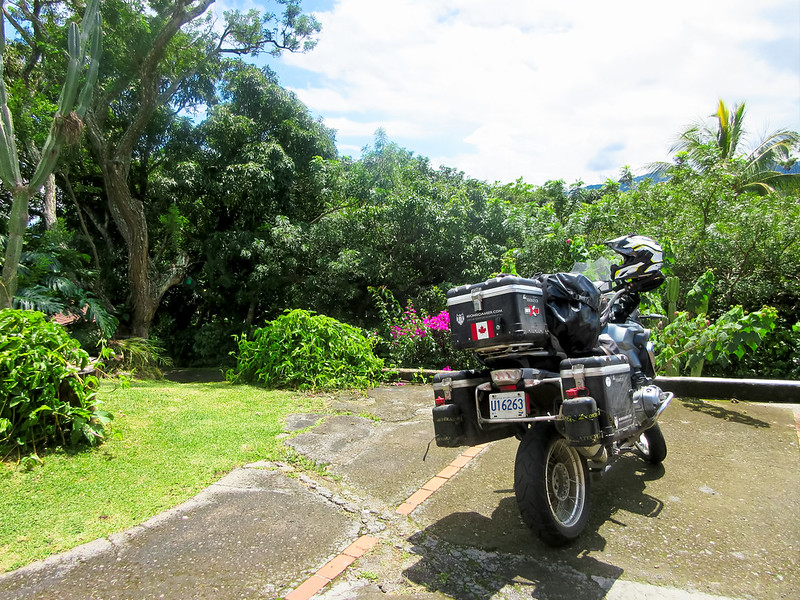 The people hear were really nice and they actually had a nice restaurant in the hotel.

My next stop on the way to the Panama border was Jaco. I had heard about Jaco, the beaches, and night-life. Unfortunately, it rained or threatened rain most of my time there.

The beaches were a bit disappointing to me. But still not too bad 🙂 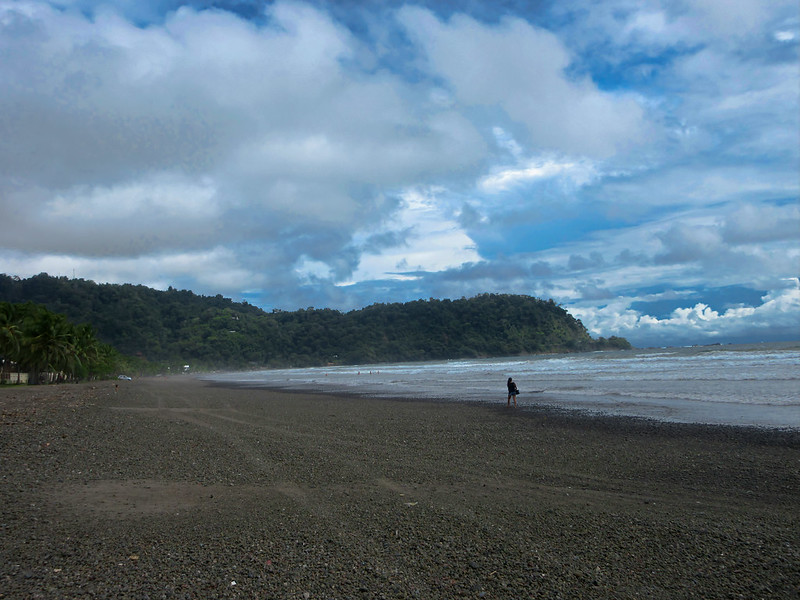 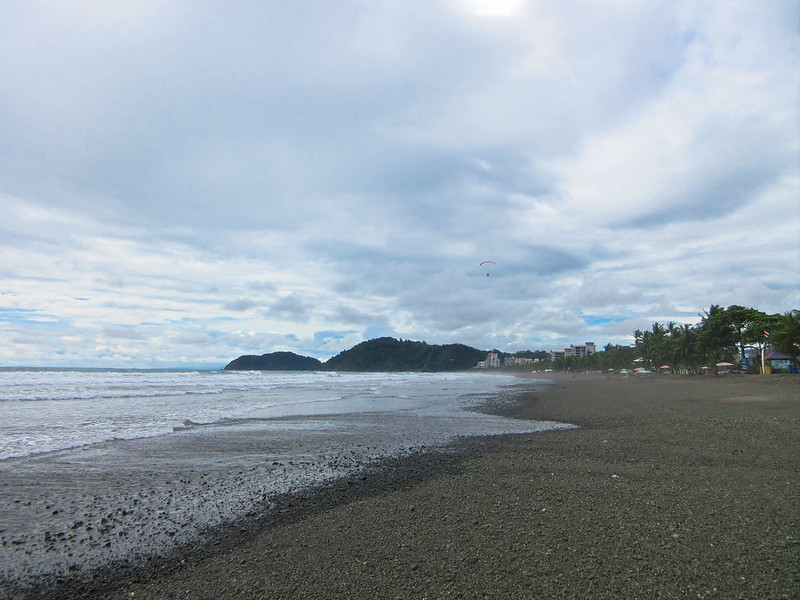 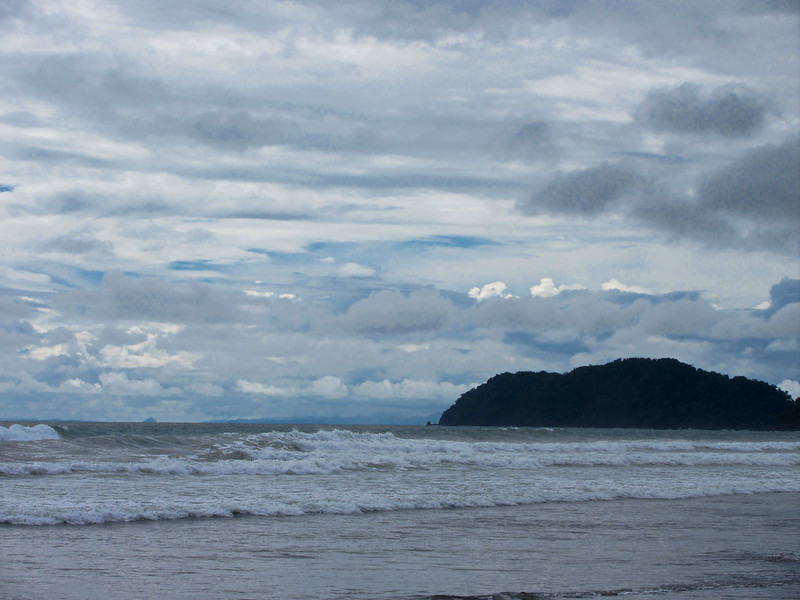 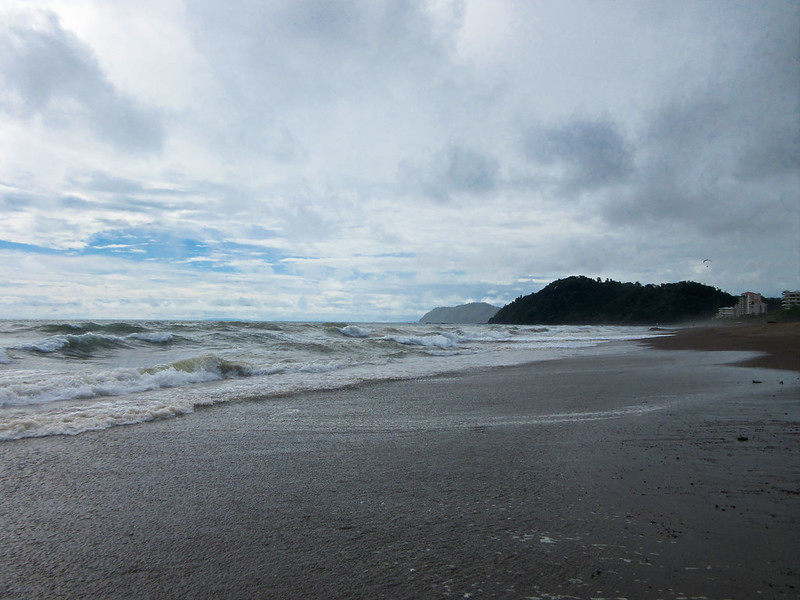 There were a couple people with motorized kites flying about. I am sure there is an official name for them that I’m not aware of. 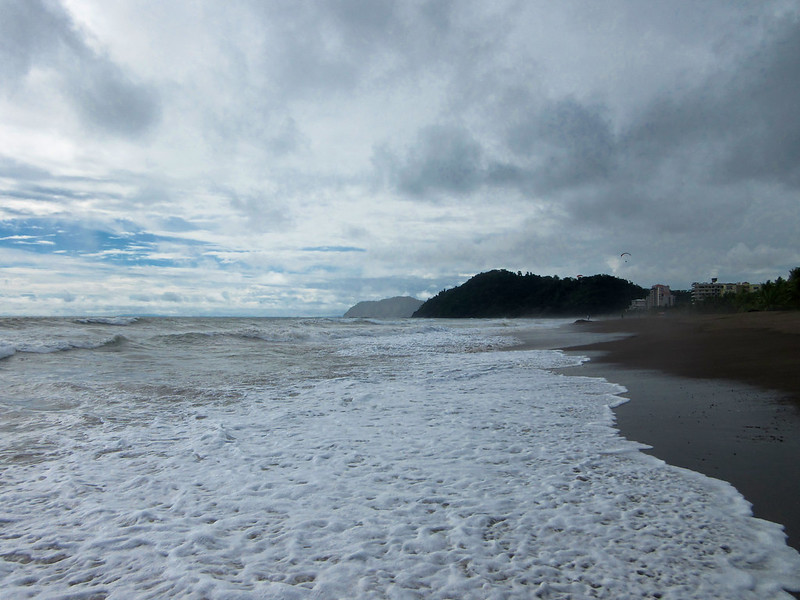 I stayed at a cool hostel in Jaco called Hotel Buddha House. Like all hostels it seems, the people there were very friendly and informal.

I ended up with a private room in the corner. So relaxing just sitting outside. 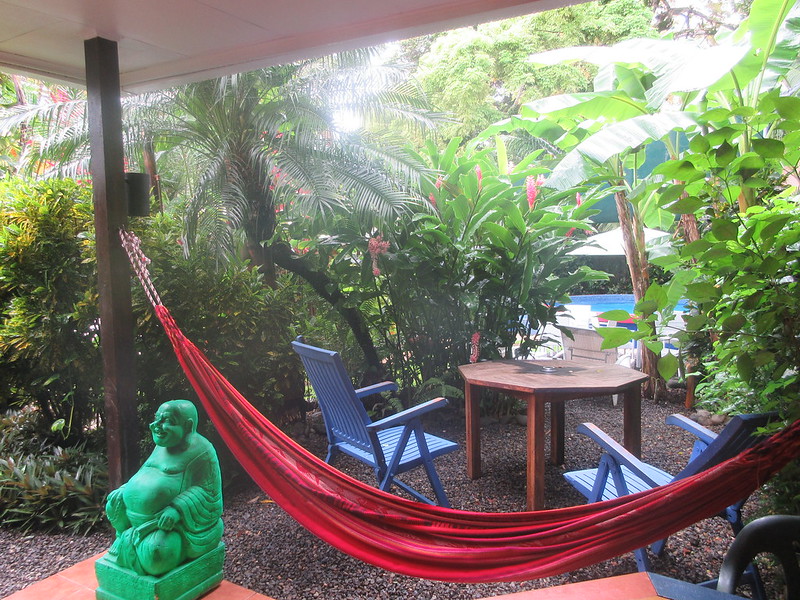 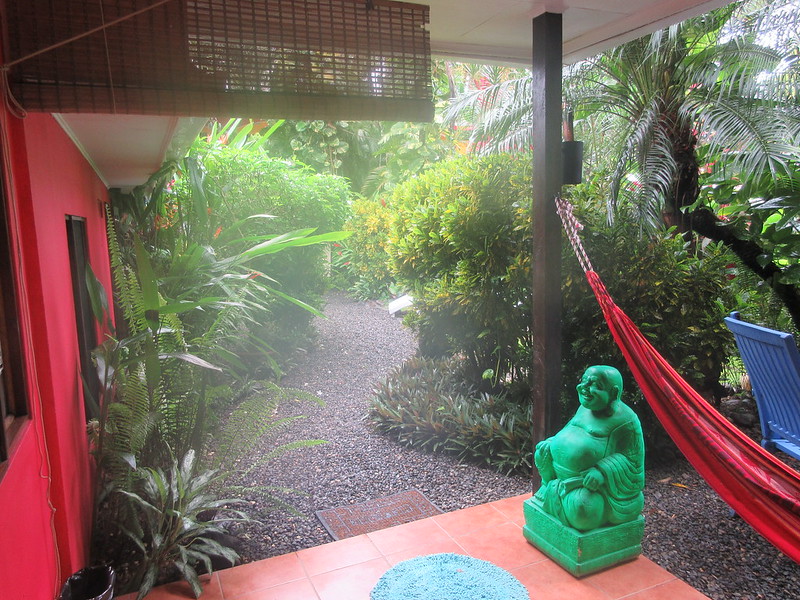 Coming back from a walk at night. My motorcycle was sleeping 🙂 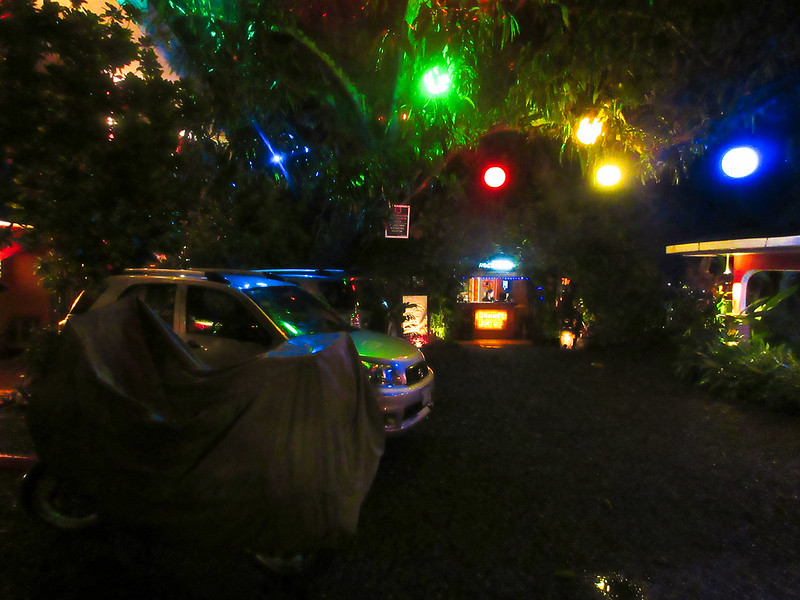 My last stop before hitting the Panama border was the town of Neily.

It was a bit of a long ride to the town but with some nice views. 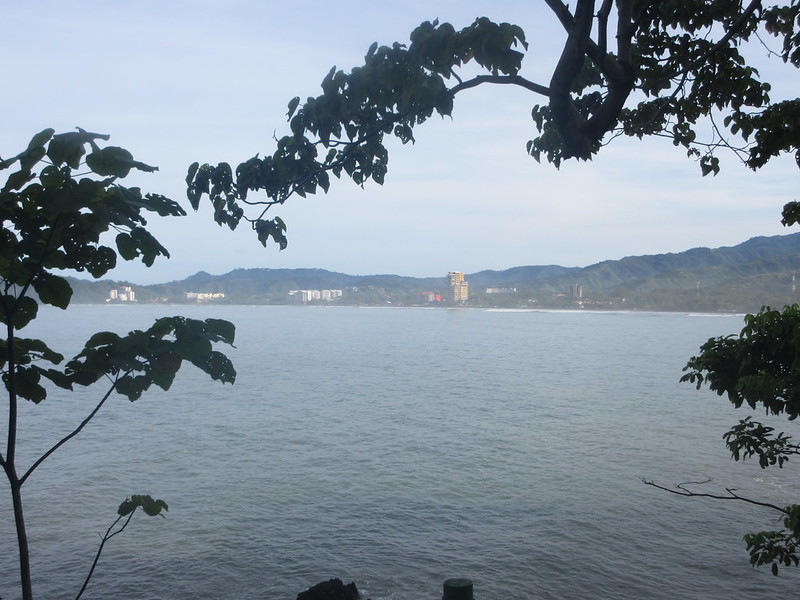 At one point I was looking for a coffee place to rest a bit. There was nothing until out of the blue I saw a coffee shop called Sibu. It was strange in that this was a extremely nice coffee place in the middle of nowhere and I didn’t see anything like it on my ride.

Of course I had to stop. 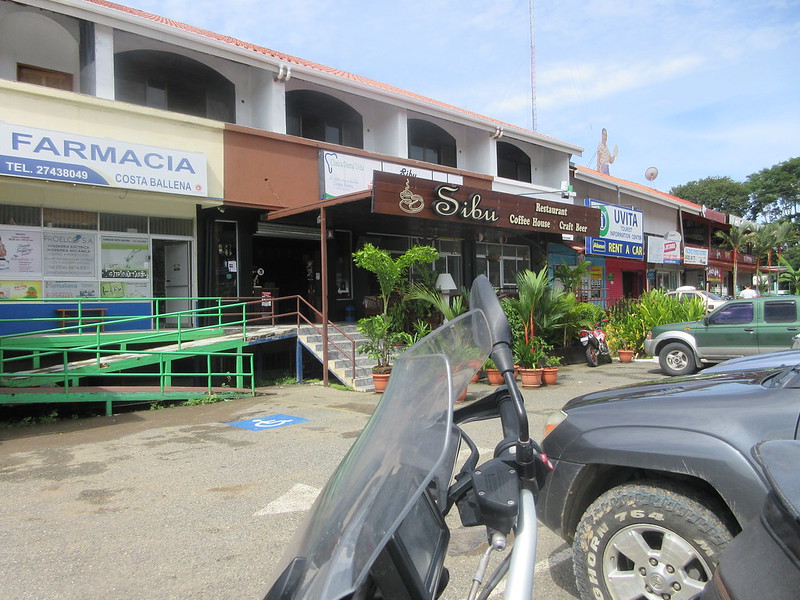 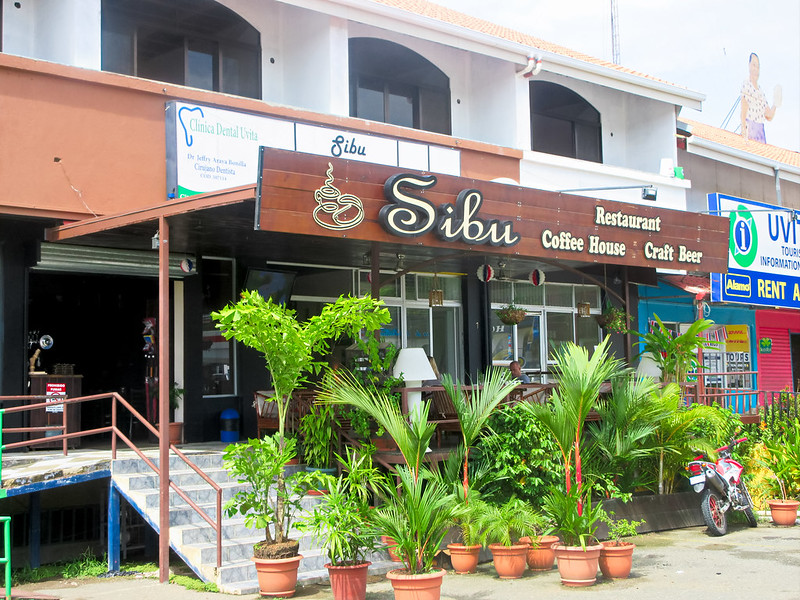 My hotel in Neily, Hotel Fortuna Verde, was basic for sure. And there was anything around within an easy walking distance. However, the people got some beer for me ha ha ha to add to some snacks I had stached …. and there was a place to park my motorcycle under a shelter. I guess those are the 2 most important things ha ha ha.

The day was finally here. Another border crossing. I actually don’t mind them too much, except for the fixers and heat. Otherwise, it is fun for me being able to talk to people and solve the problem of getting through it. It is a stretching exercise for me as I have to push myself through all the steps to finally find the answers and get through them. The Panama Border was no different.

Here is the border and steps that I will explain. 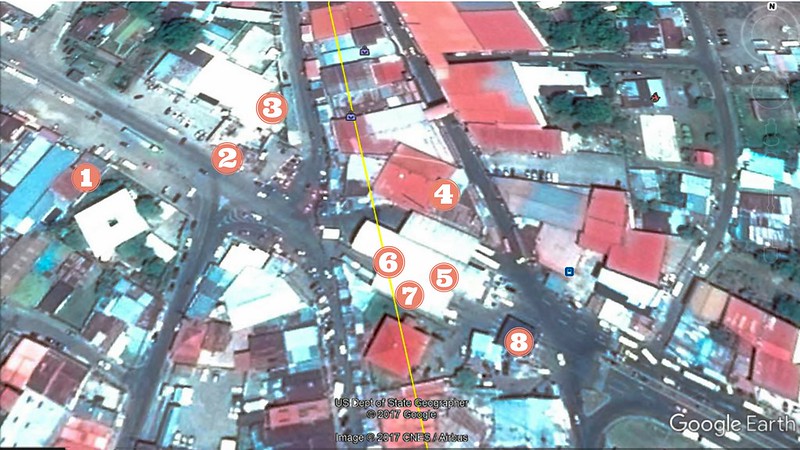 I had done some studying beforehand. It turned out a lot of what I studied was dated. So I was confused at first as I attempted to exit Costa Rica.

#1 on the map was paying the Costa Rica Exit fee at the bank located across the street from Immigration. 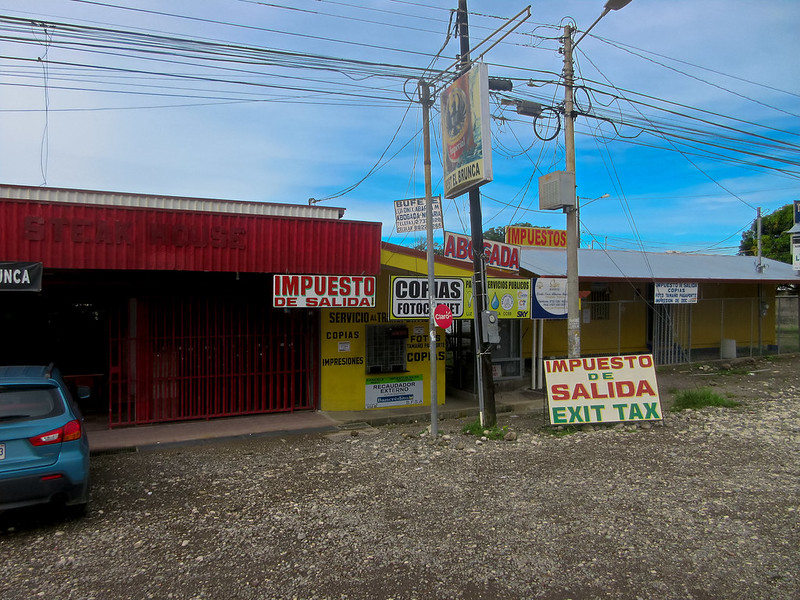 Next at #2 was going through immigration on the right in the photo. 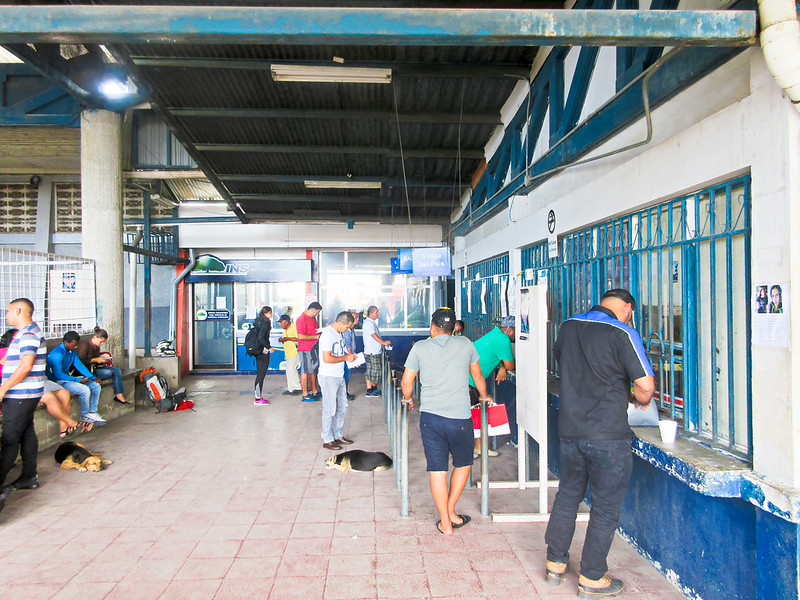 The last step to exit Costa Rica was Customs at #3. It is located just past Immigration around the corner and through the glass doors.

The whole process of exiting Costa Rica was really simple and quick! It was now time to ride a short distance to the Panama Border to enter Panama. 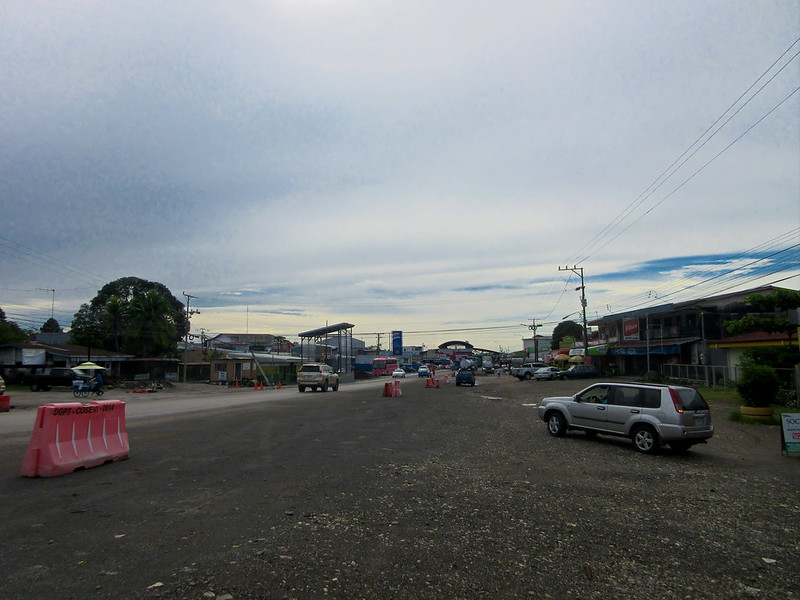 Under the canopy at the Panama border I parked my motorcycle in a line of other vehicles. 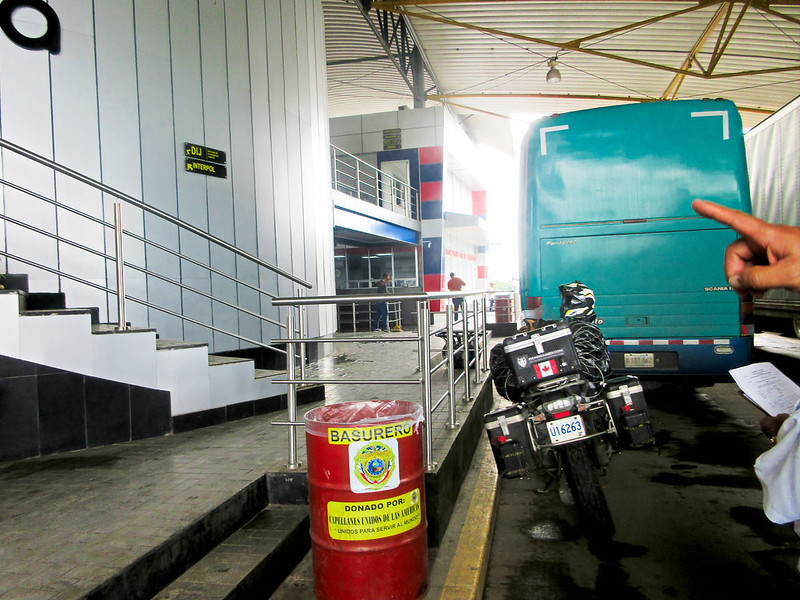 I first went to immigration that you can see just ahead of my motorcycle. There I was approached by an older gentleman wearing an official looking name badge. He told me I had to get insurance first. Oh great … thanks. I thought that would be the end of it … but no. Turned out he was a fixer who now hung onto me. I wasn’t in the mood to fight him so I just let him drag me around through the process.

#4 was getting insurance. The insurance booth on my side of the road was closed so we went to the one on the other side of the complex.

After purchasing one month worth of insurance, it was to immigration. 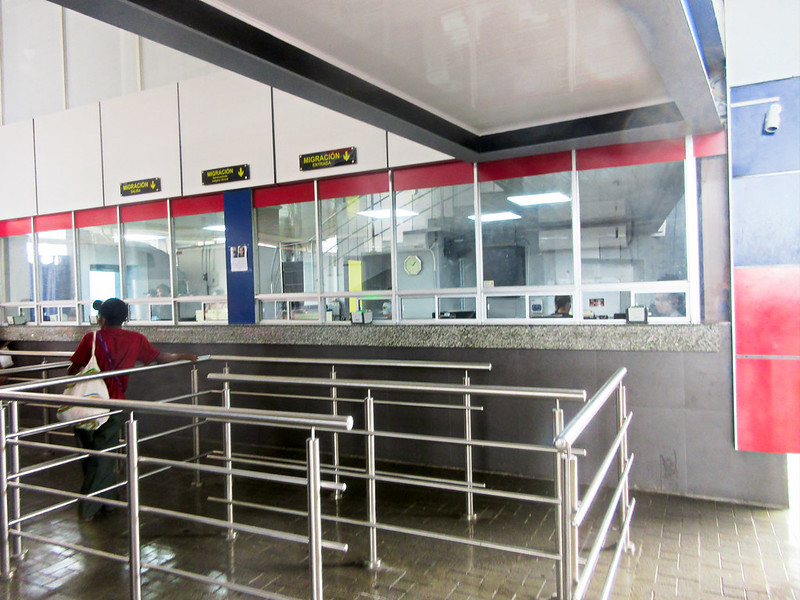 This was the usual basic stuff, except that they took fingerprints.

Next was Customs at #5 just down from Immigration. 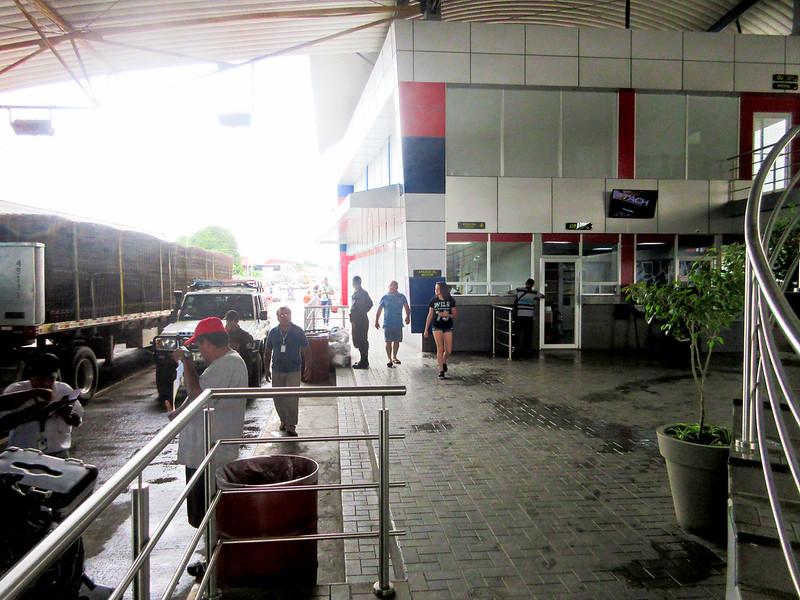 There I handed in all my motorcycle documentation while they took their time adding it on a computer and printing out another form.

#6 was the difficult part of the crossing. The Customs agent at the window said to find another Customs agent out there somewhere to inspect my bike and sign the document. So off my fixer and I went to find this guy.

After searching for a while, we found him but he was busy on a bus. To save some time we went to the Fumigation booth and paid for fumigation. Then it was back to finding the Customs Agent again.

We finally corralled the agent and guided him to my motorcycle. The agent made me open my panniers and top case. It touched a few of the contents but that was it. Then signed my temporary import permit for my motorcycle.

It was onto my last stop, #8, to get my motorcycle fumigated. 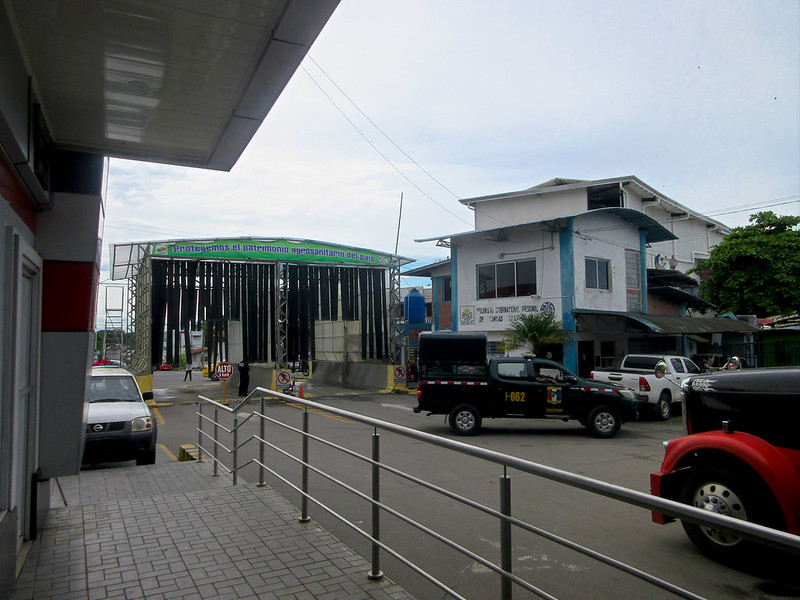 After that was done I paid my fixer $10 US. He didn’t look too happy with the amount, but I didn’t care at this stage. I was through the border and now about to explore Panama! 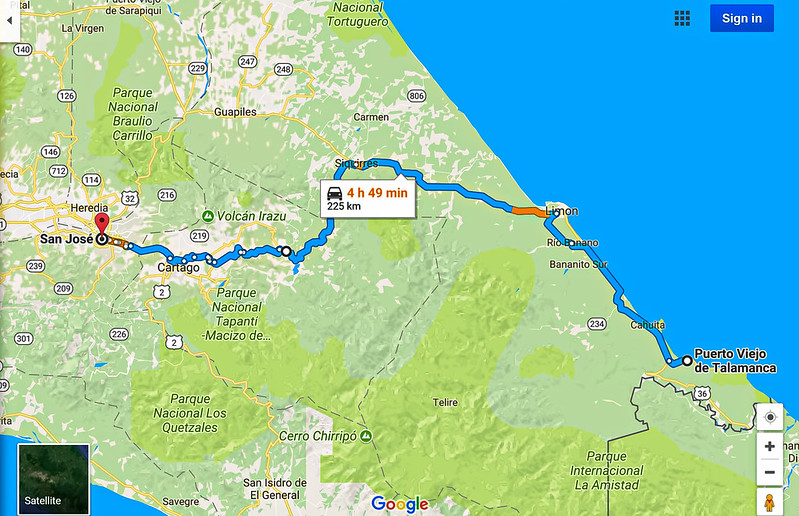 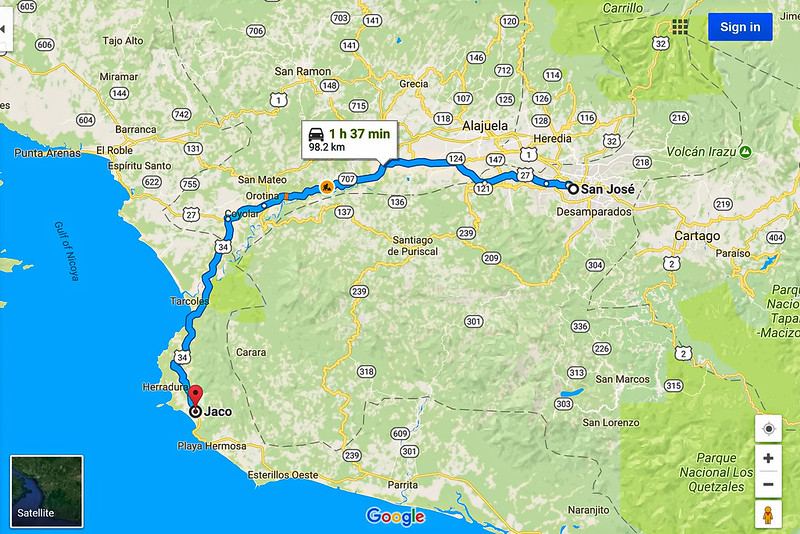 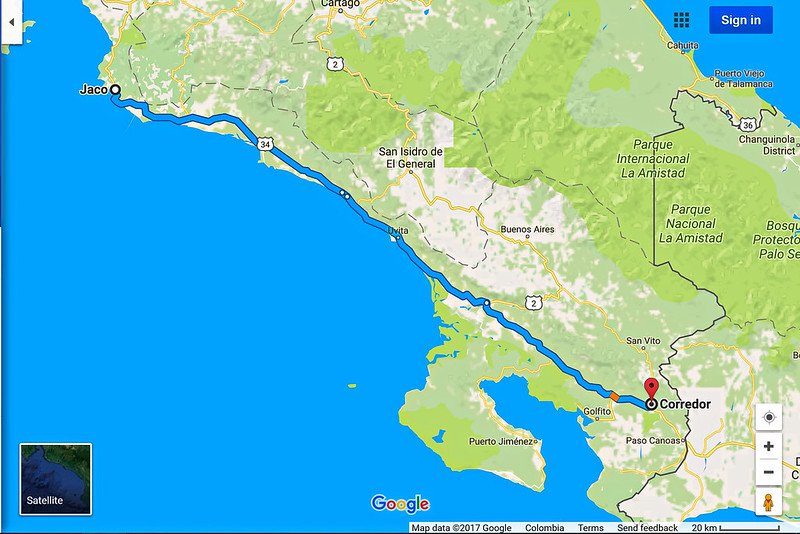 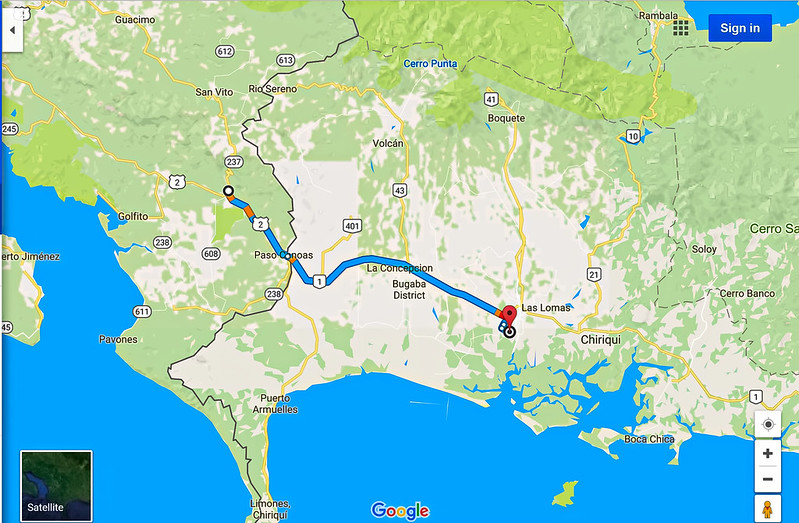