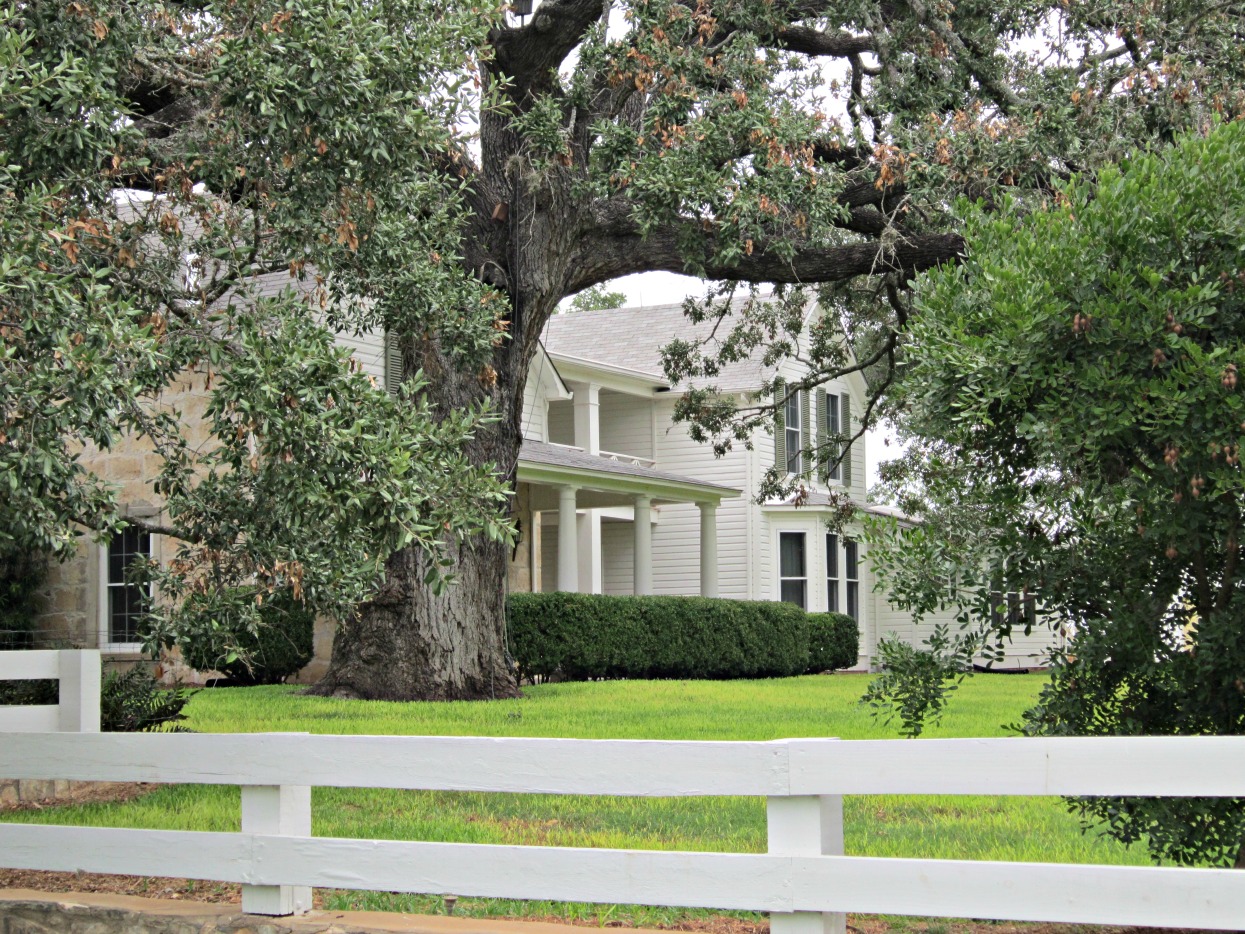 Ever since I was little I was fascinated by the lives of Presidents of the United States. Morbidly, I was specifically curious about how they died. I use to spend hours reading the World Book Encyclopedia about their lives. Assignations were really interesting. Something tells me I should have left the house more! ha ha.

I could have visited the LBJ Presidential Library in Austin. However, I am more interested in seeing places where actual events happened. So for me, the Texas Whitehouse where LBJ grew up, worked as President, and later died, was way more interesting to visit.

Stealing this from Wikipedia:

Lyndon Baines Johnson (August 27, 1908 – January 22, 1973), often referred to as LBJ, was an American politician who served as the 36th President of the United States from 1963 to 1969, assuming the office after serving after President John F. Kennedy was assassinated in 1963. He ran for a full term in the 1964 election, winning by a landslide over Republican opponent Arizona Senator Barry Goldwater.

He is most well known for passing civil rights legislation in exchanges with Martin Luther King, and escalating the Vietnam war.

In 1968, the Democratic Party was factionalized as antiwar elements denounced Johnson. He ended his bid for renomination after a disappointing finish in the New Hampshire primary. Republican Richard Nixon was elected to succeed him.

After LBJ left office in January 1969, he returned to his Texas ranch, often dubbed as the Texas White House during his presidency, where he died of a heart attack at age 64 on January 22, 1973.

This was the best $3 I spent in a long time! The Texas White House was awesome and thought provoking.

There are 600 acres set aside and managed by the US Park Service. When you ride up you ride around the outskirts of the ranch, circling the airstrip LBJ had built. You end up at the air hanger where they have on display the jet LBJ used to get to the ranch. 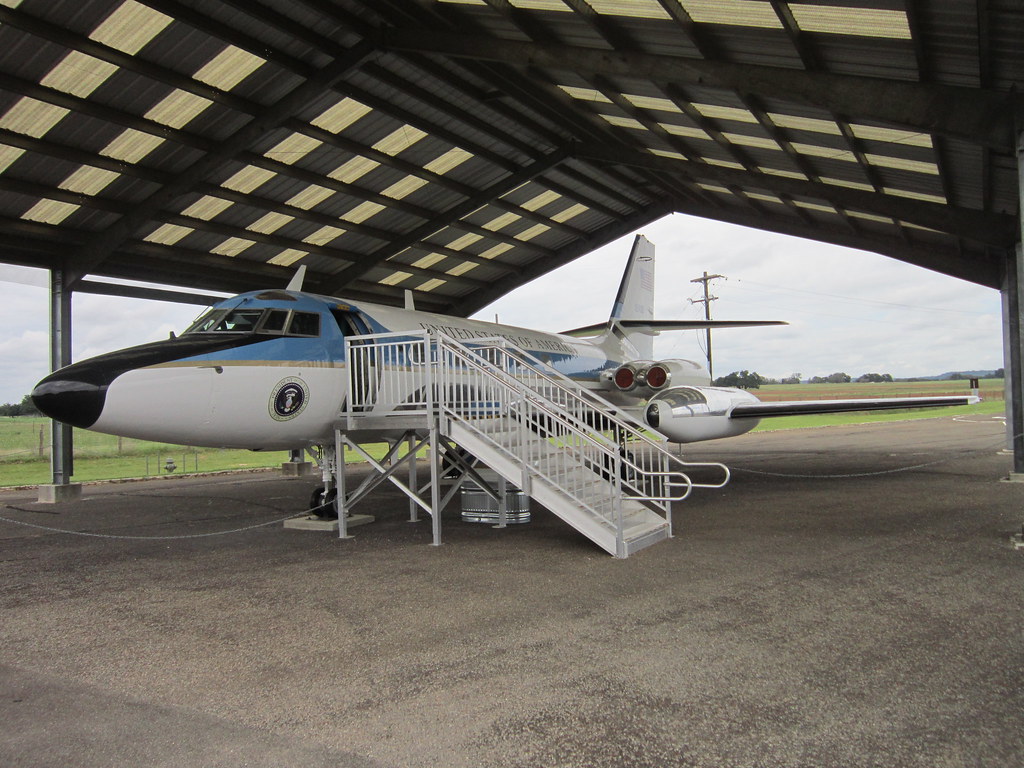 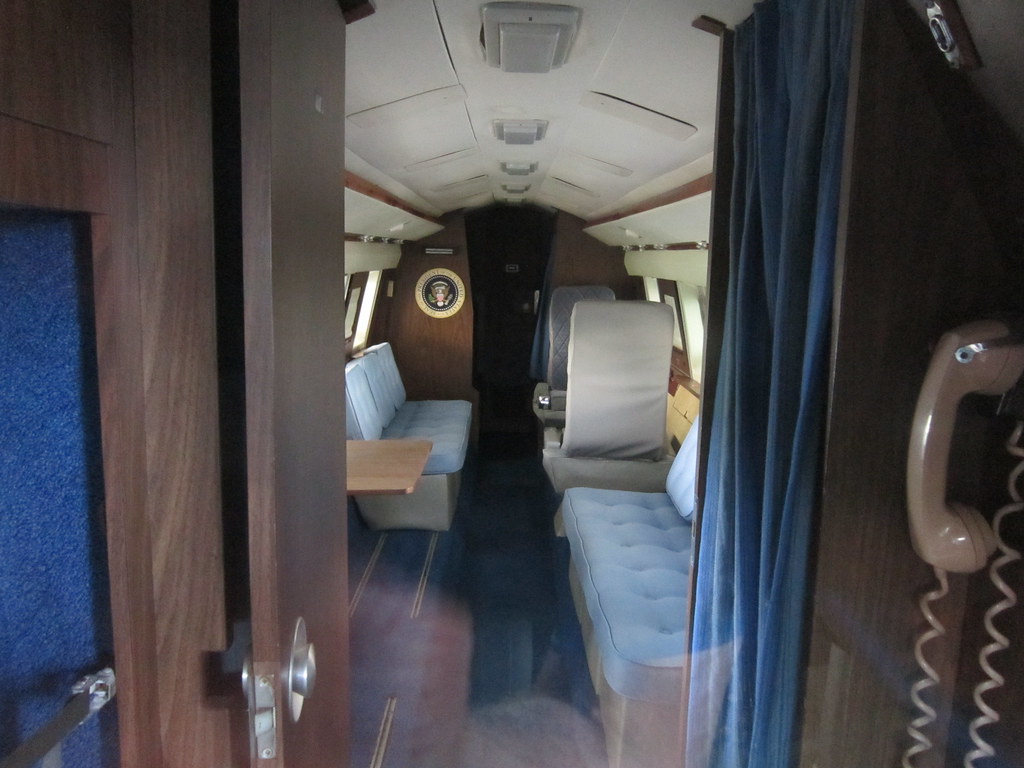 Back in the day: 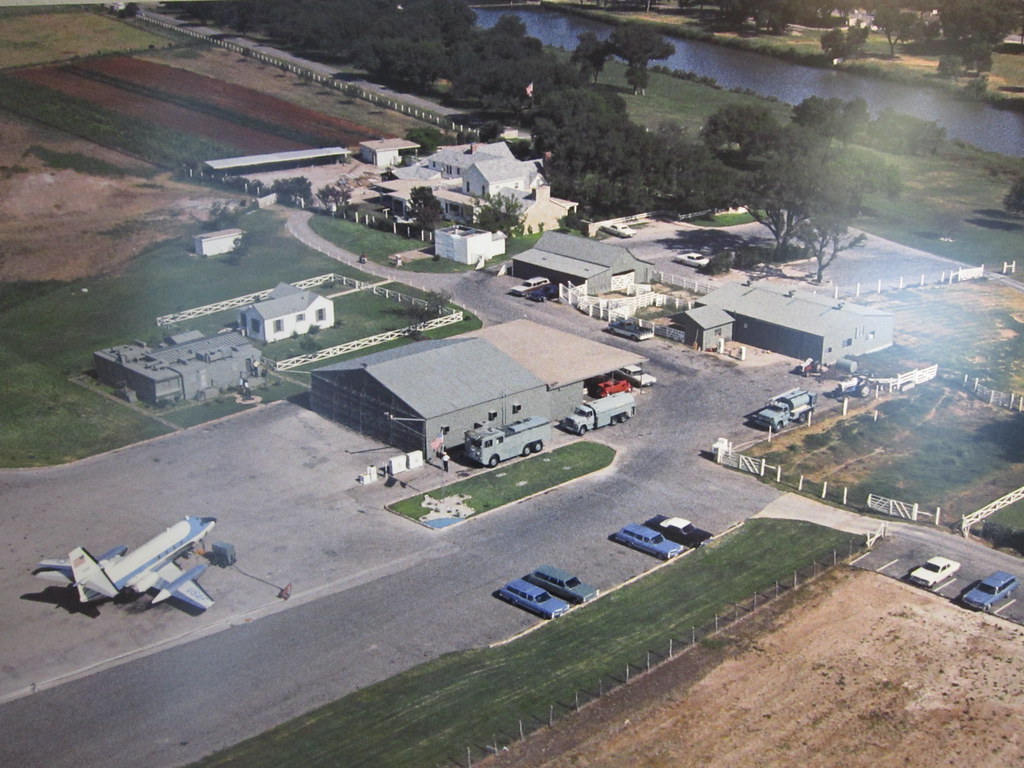 The hanger has now been converted into a display. What I really liked was listening to his taped phoned conversations. 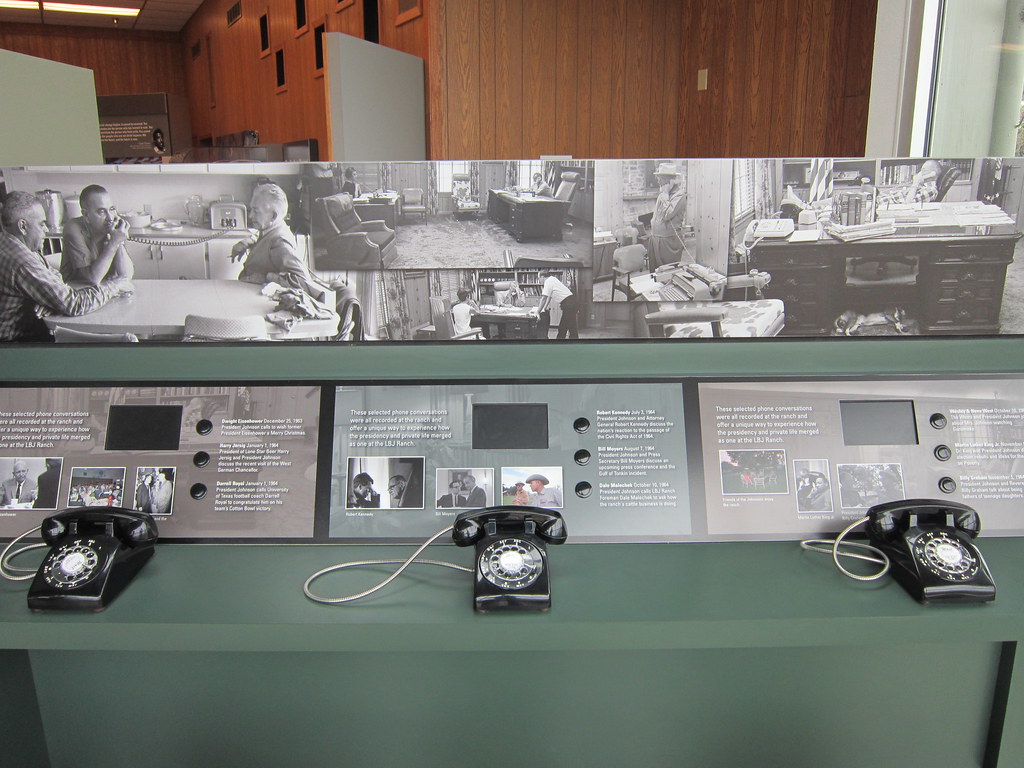 Unknown to those calling, LBJ had all his phone calls taped. LBJ was a phone freak and had them all over the Texas White House including under the dining room table and in the washroom.

Inside the Texas White House

A small group of us were then brought into the Texas White House by a guide. Unfortunately, we were not allowed to take pictures inside the house.

We were first brought into an office area where LBJ worked along with 2 assistants and his press secretary. The guide said he spent 25% of his presidency at the ranch working.

It was then into the living room where he had 3 TVs. One TV for NBC, CBS and ABC, the only stations at the time.

Then past a small bar to the dining room where he could still view the TVs in the living room. ha ha.

We couldn’t go upstairs to the 6 bedrooms and 5 bathrooms where LBJ would often have guests stay, including leaders from other countries.

Interesting, he and his wife had separate bedrooms. The guide said this was because LBJ was a workaholic and would often have people into their bedroom for meetings while she was trying to sleep.

I stared at the bed that LBJ died in (my fascination with President’s deaths). It reminded me of staring at the bed where President George Washington died when I visited Mount Vernon.

Outside the Texas White House

Anyways … here are the pictures of the outside of the house I took. The guide said that many cabinet meetings were held under the oak tree. 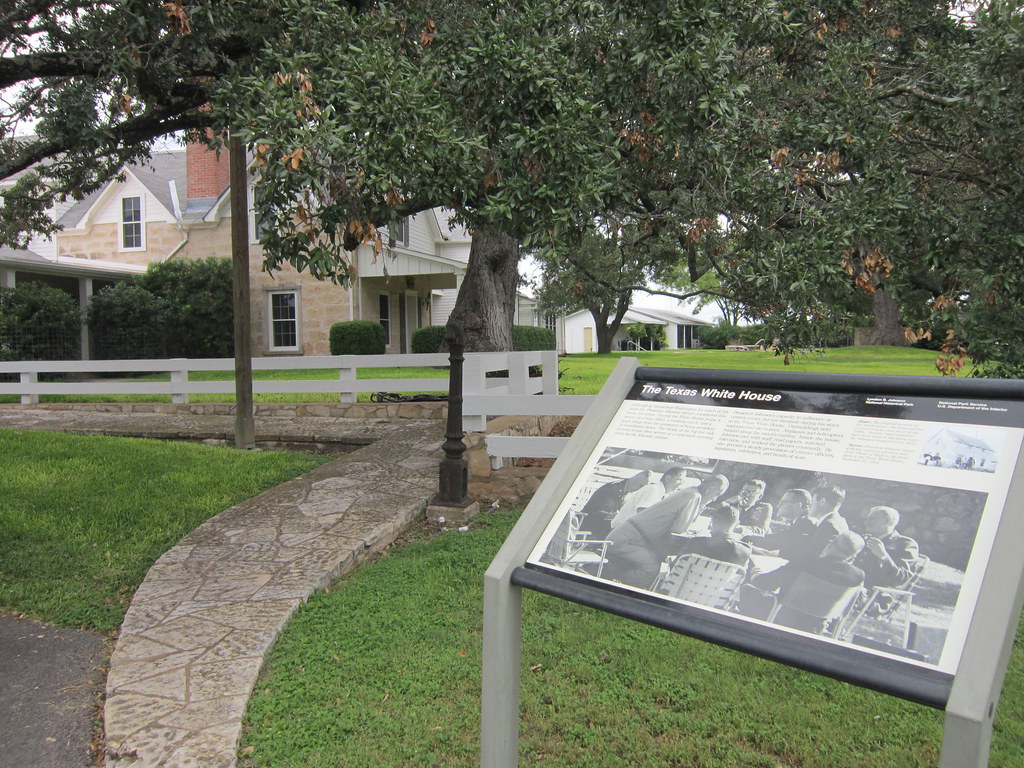 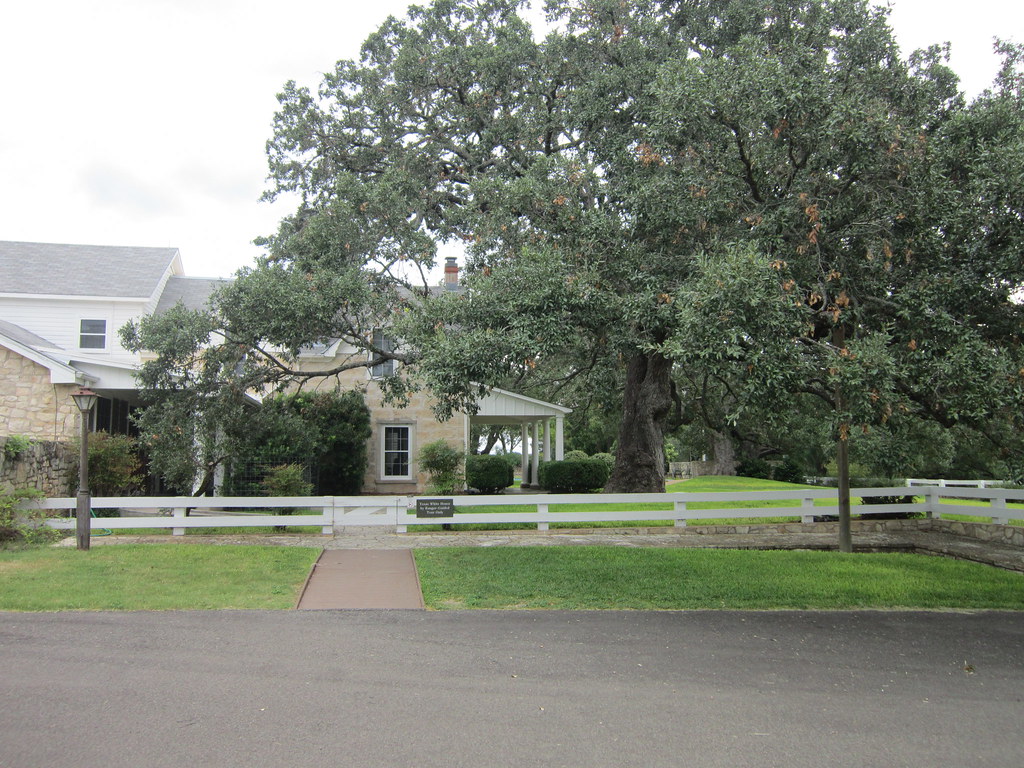 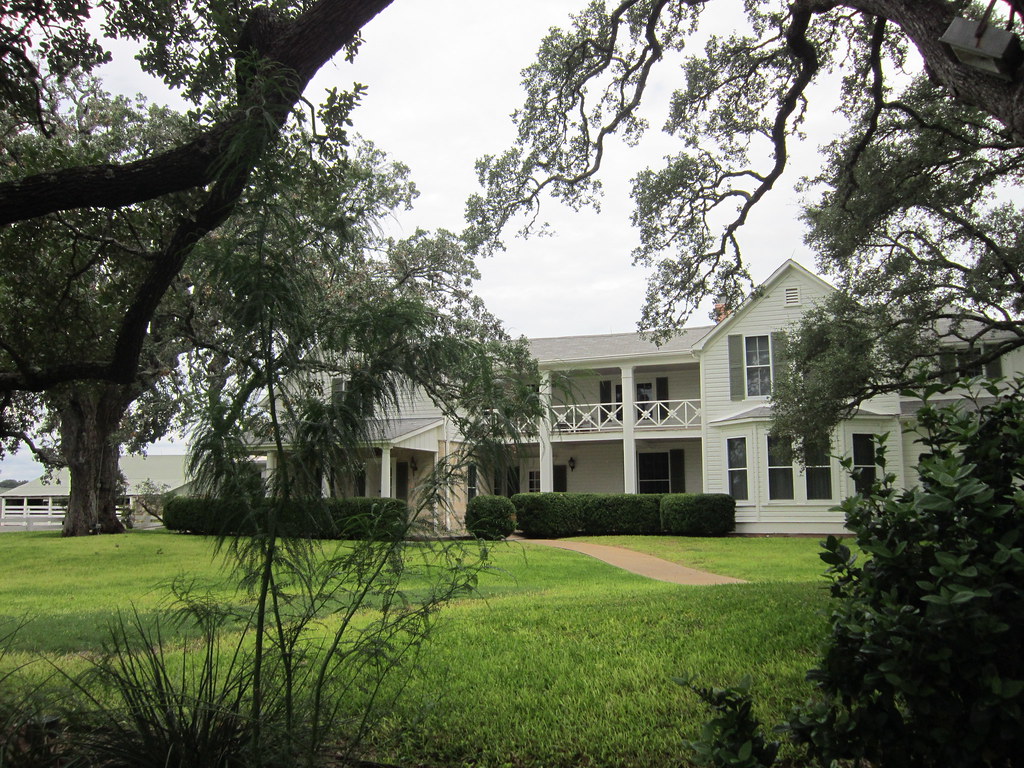 They also held lots of BBQs by the river outside the house. 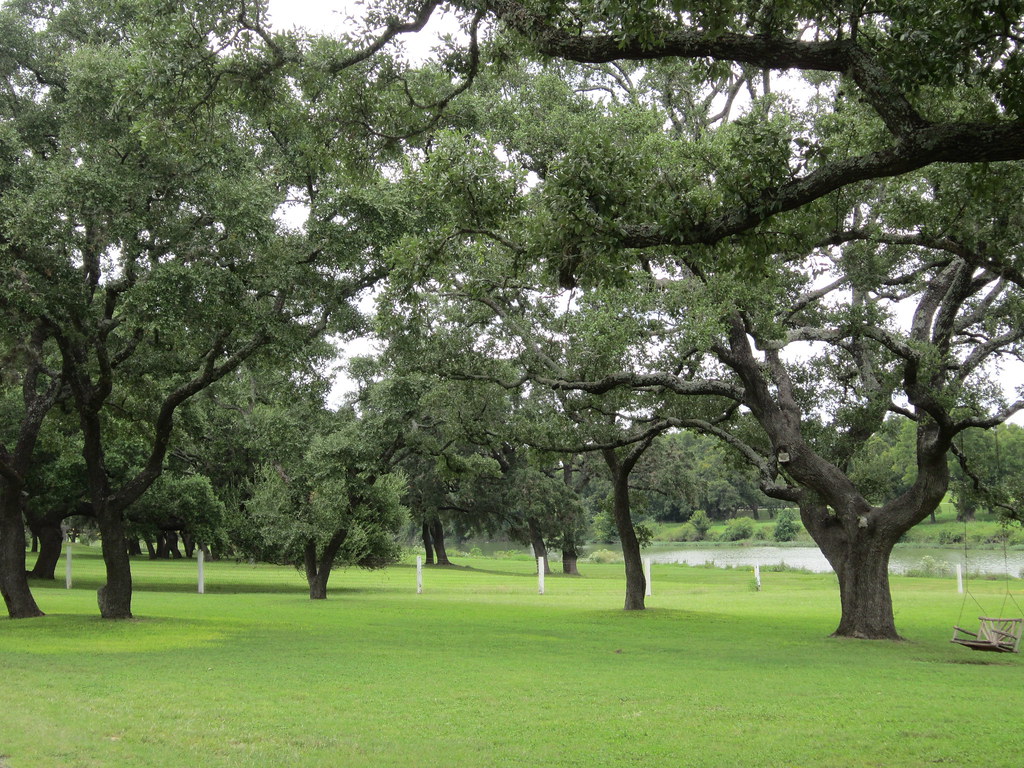 Outside the house was the small Secret Service building to guard LBJ. 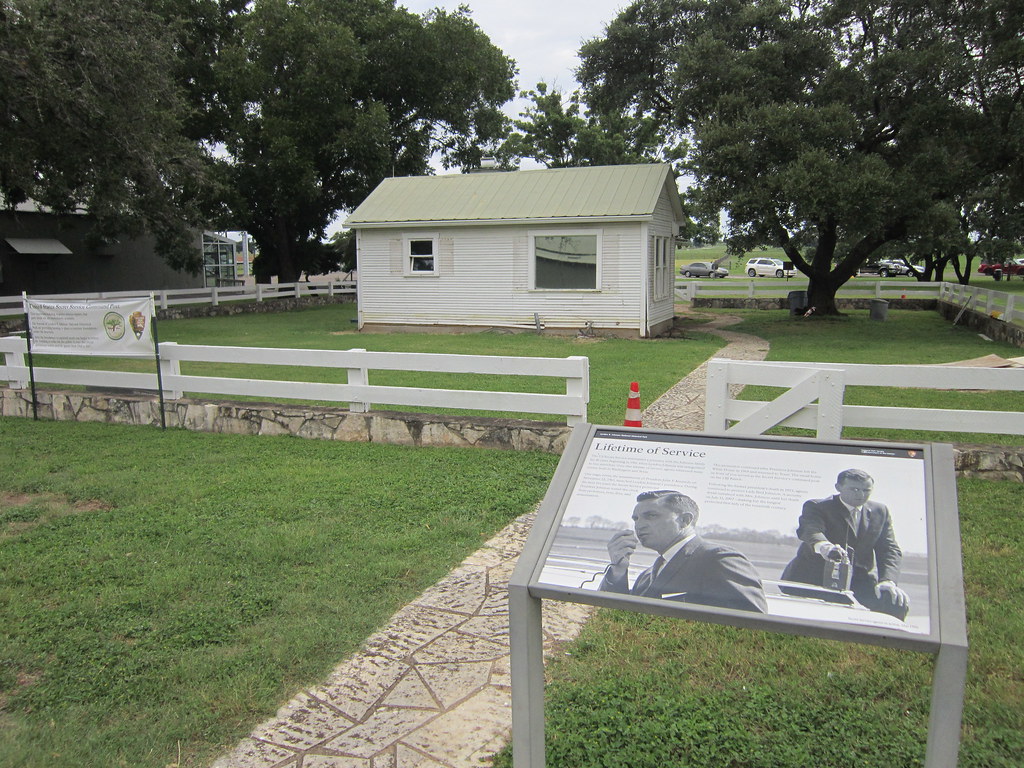 After the tour I went and visited LBJ’s grave in the family cemetery. 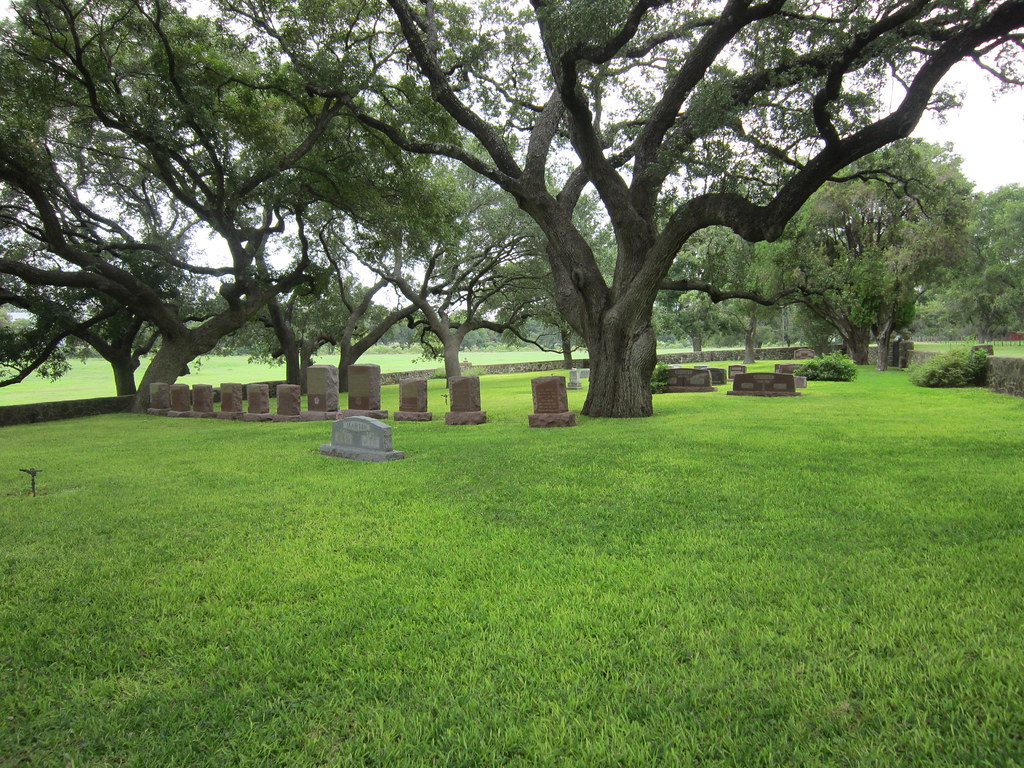 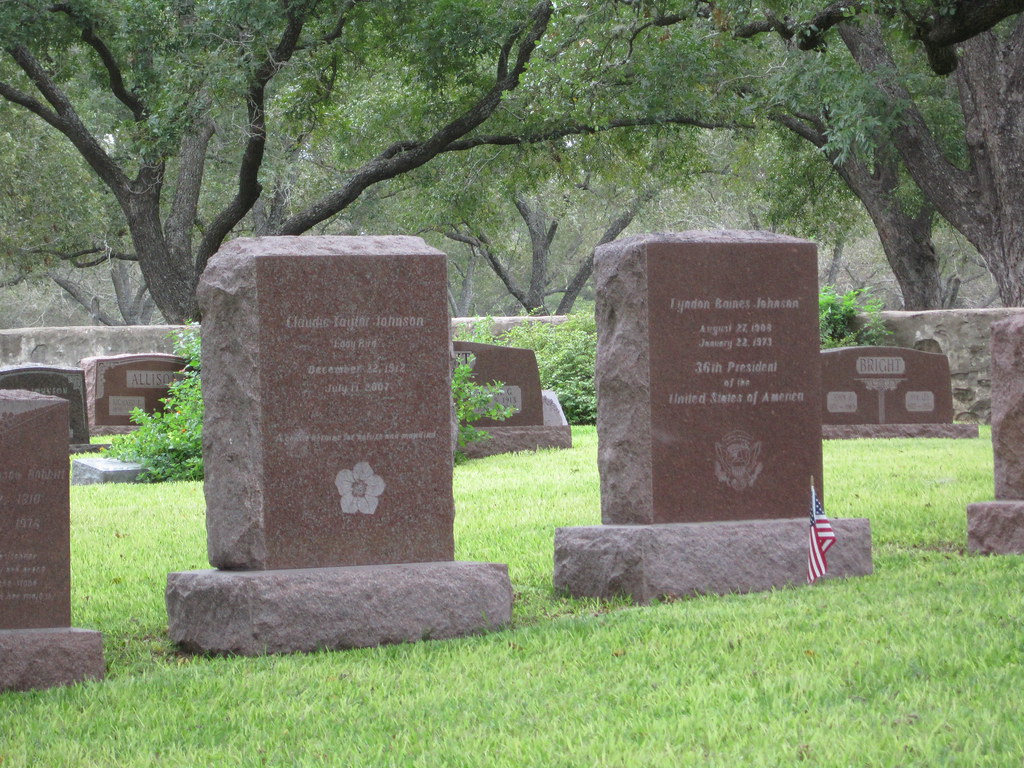 I am sure by now many of you are thinking something must be wrong with me with my fascination over graves ha ha ha. Oh well. 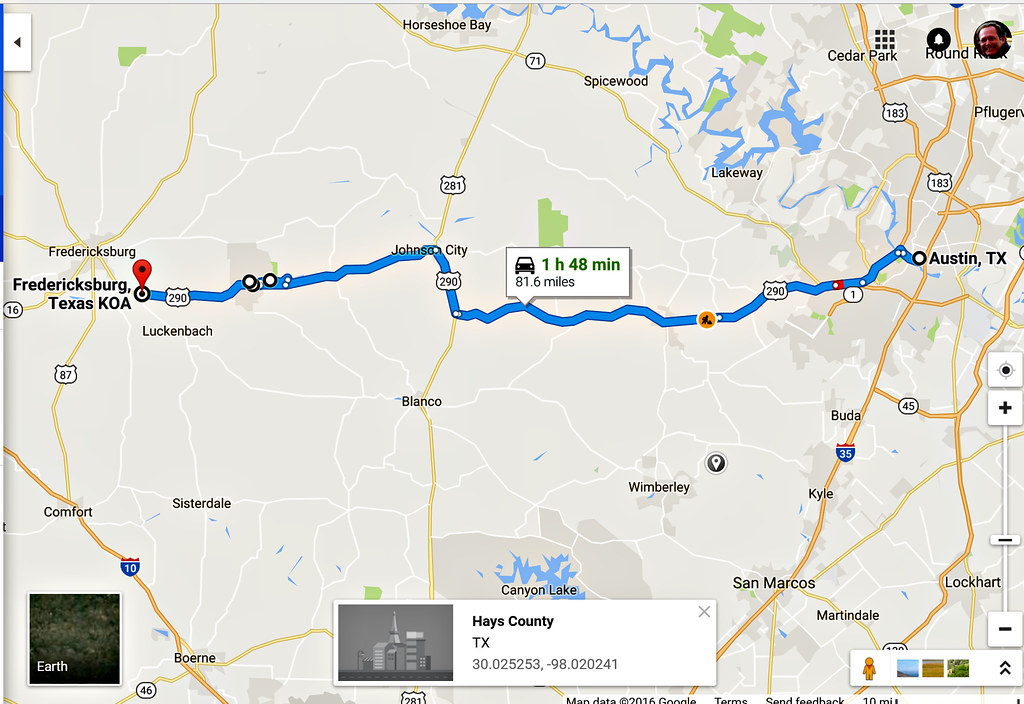