After some research that said Quetzaltenango, Guatemala, was a university town where students frequented coffee shops, I decided to spend a few days there. It sounded relaxing! I like students, universities and coffee shops 🙂

I chose Hotel Hamilton because it was close to the main plaza, it was highly recommended, and it was below my budget! It turned out to be really nice. The room was basic but the TV had a couple of English channels. 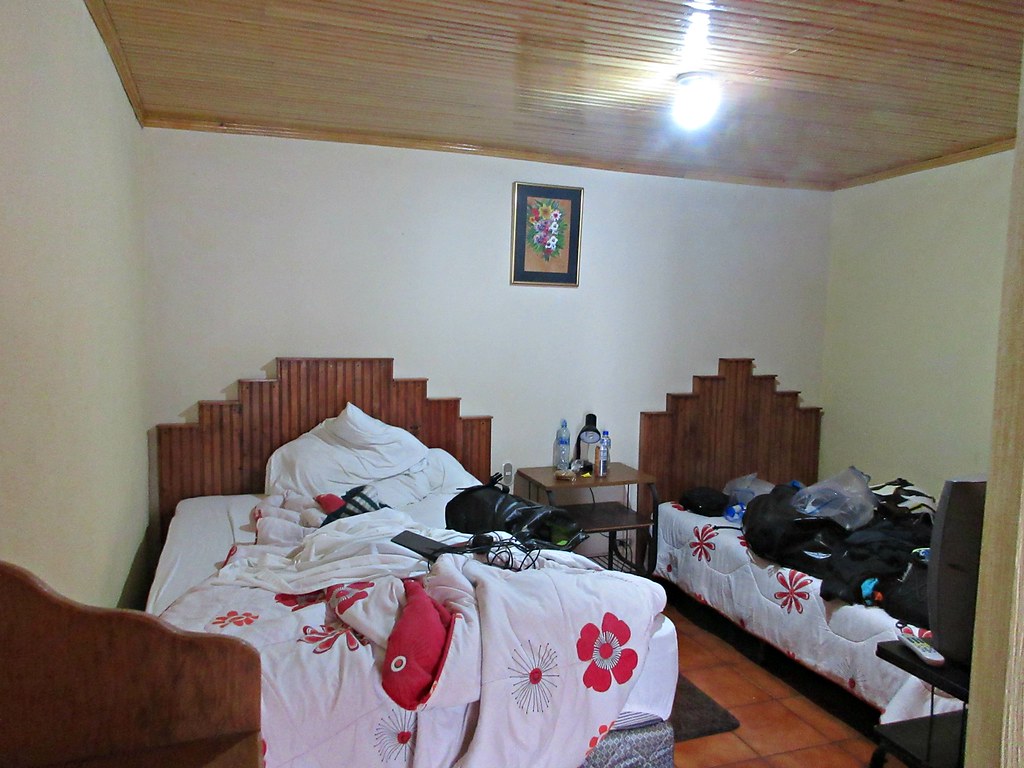 The compound was very secure for my motorcycle. 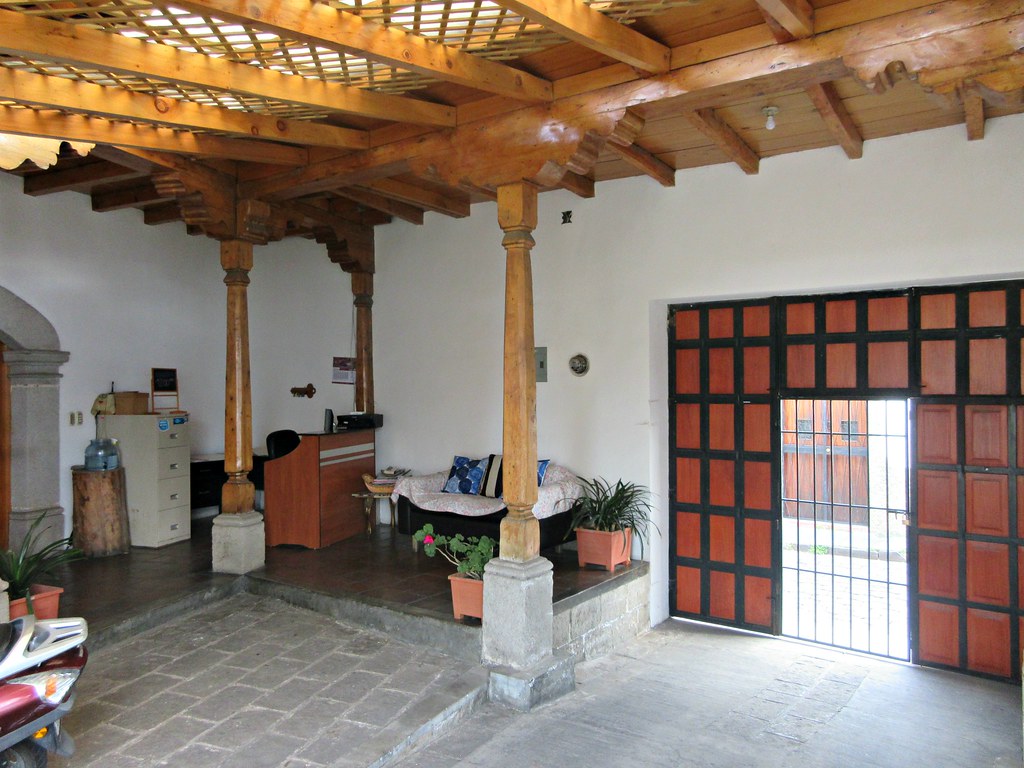 The grounds had nice green grass and a roaming rabbit. 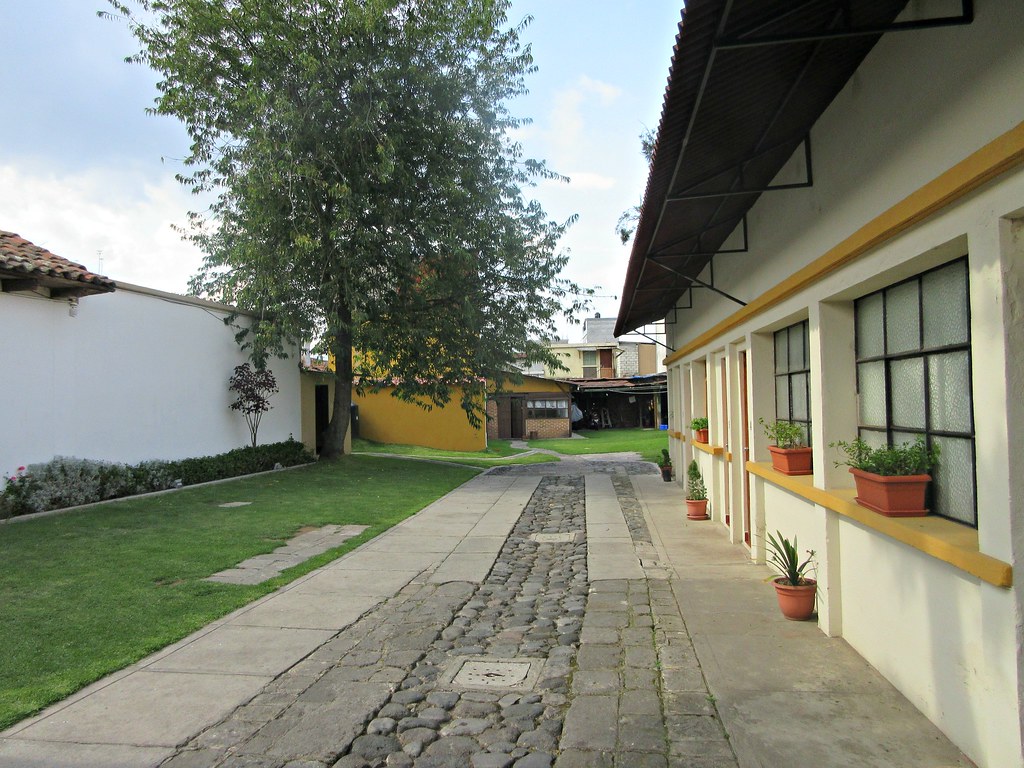 And there was a little outdoor lounge where I spent time on my computer and relaxing. 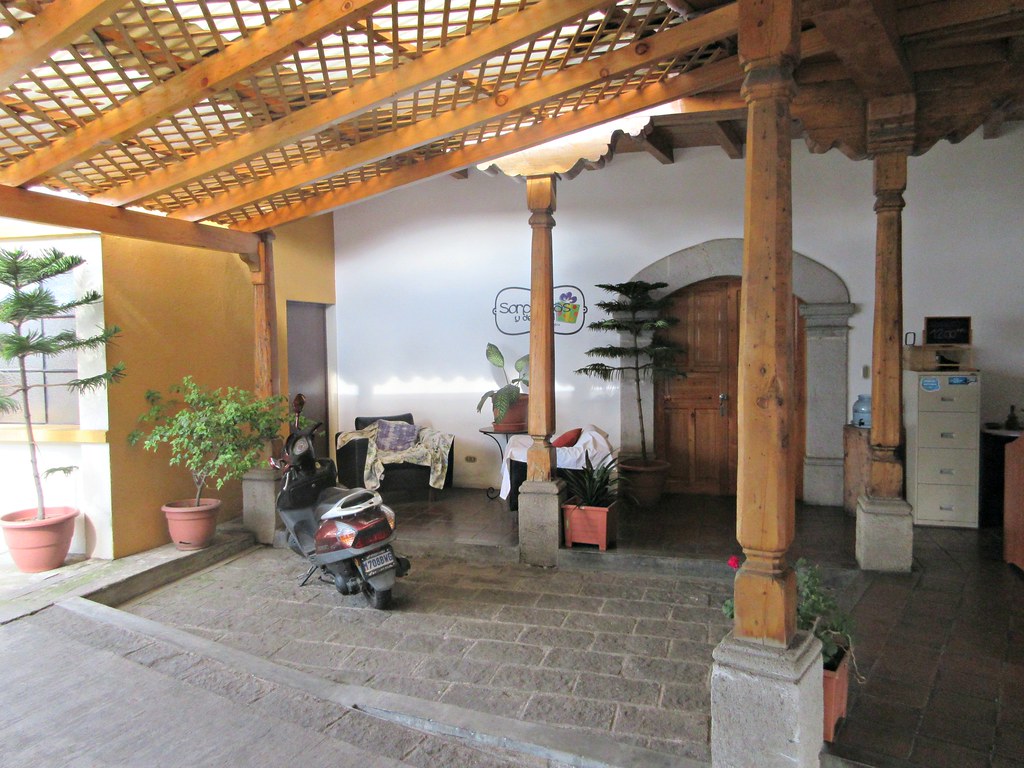 The Streets of Quetzaltenango

After walking around the city I really didn’t see it as a university town. It looked more like an industrial town to me with little pockets of peace. 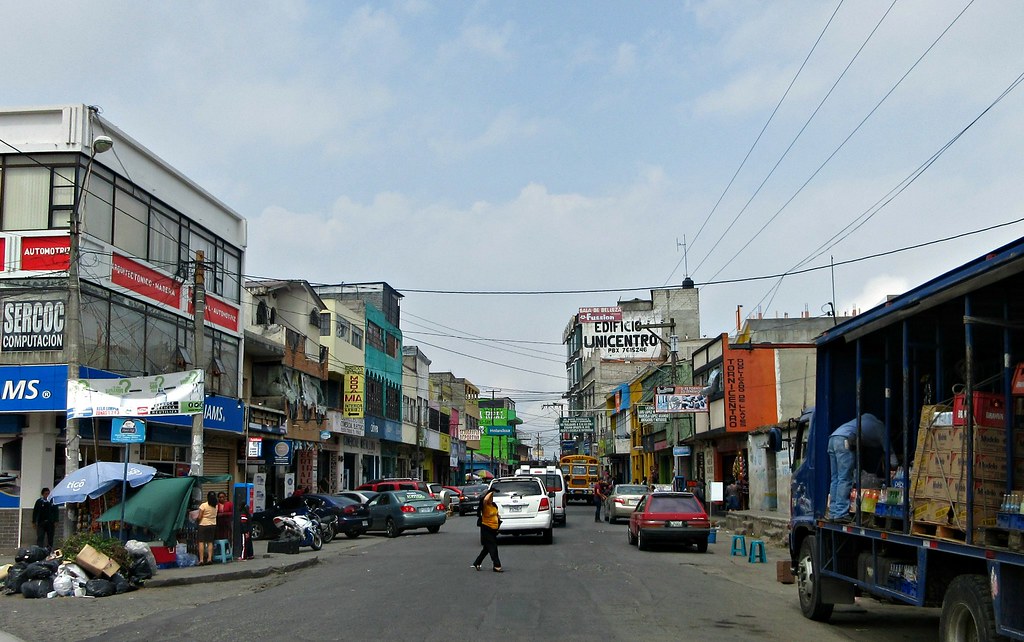 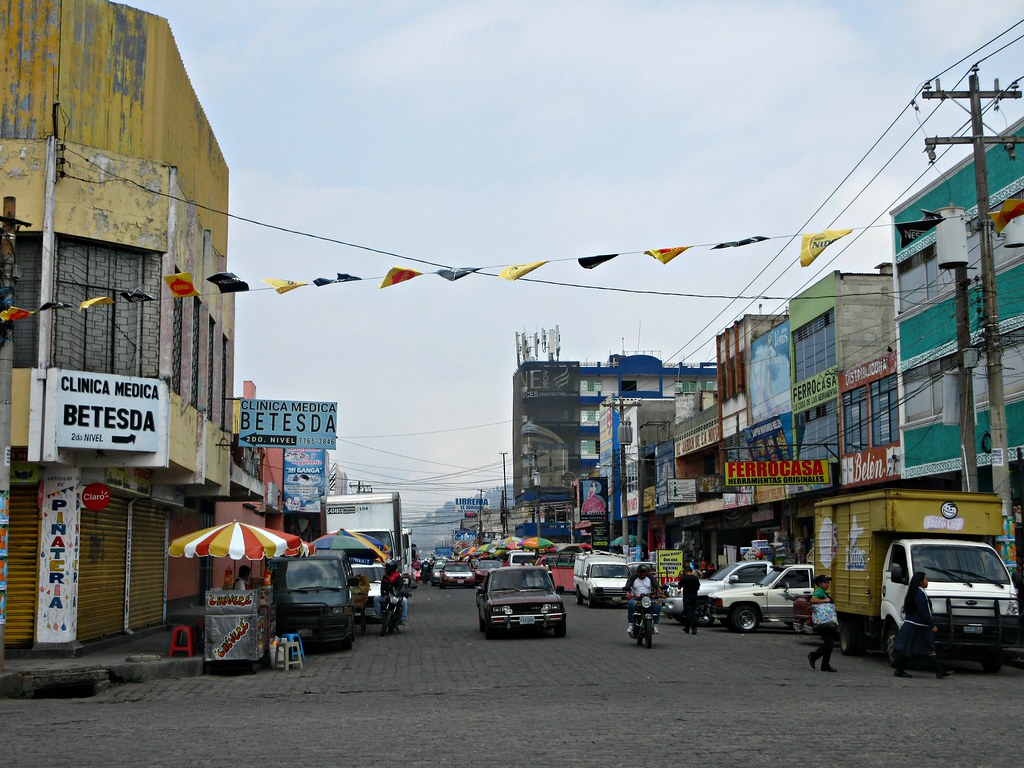 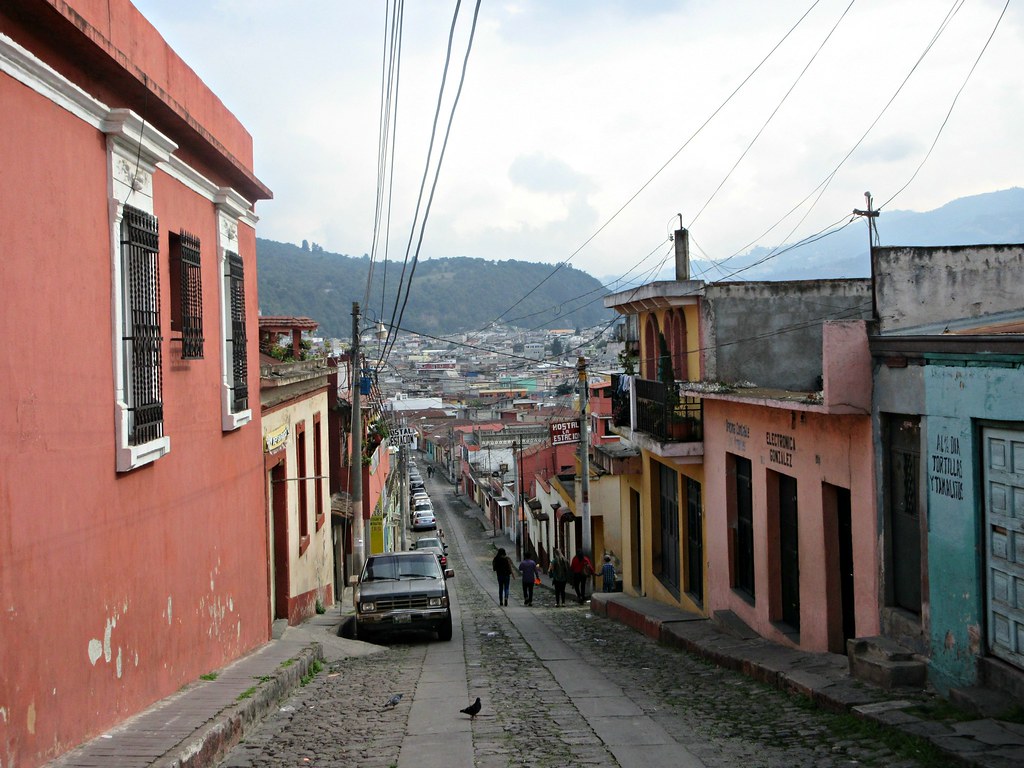 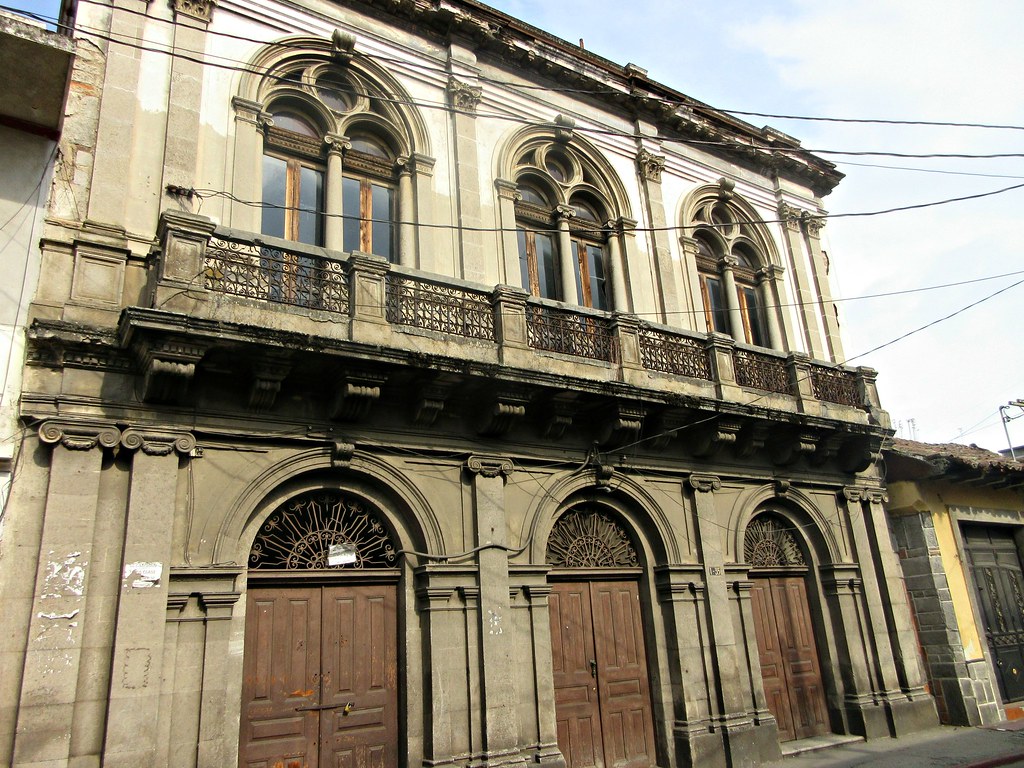 The main place of peace was the Parque a Centro América. It is the main plaza in the historic center of town. 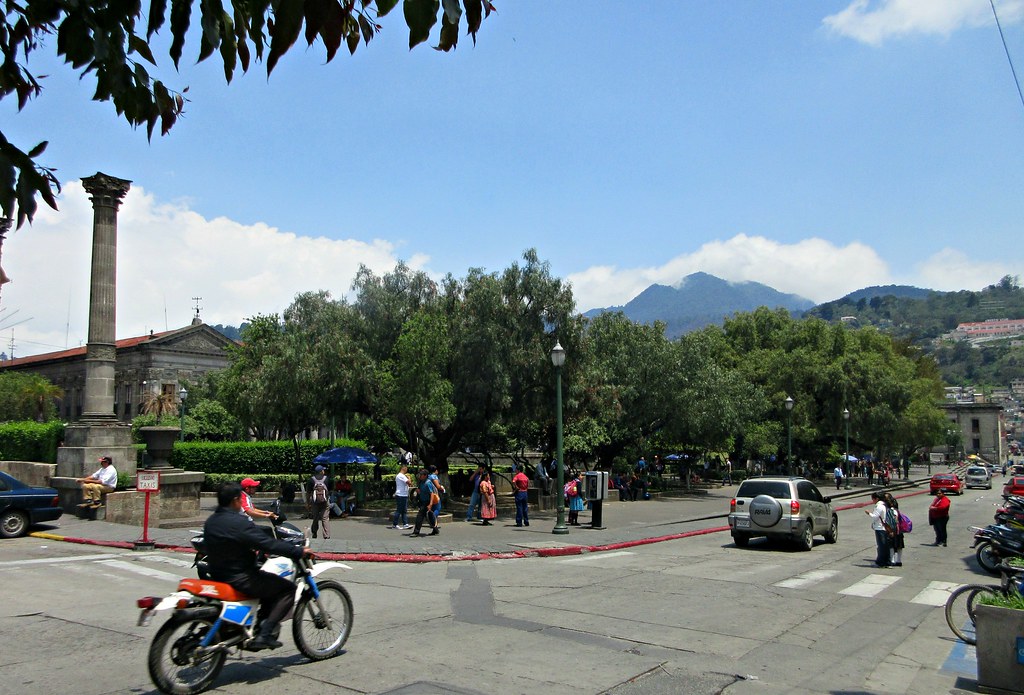 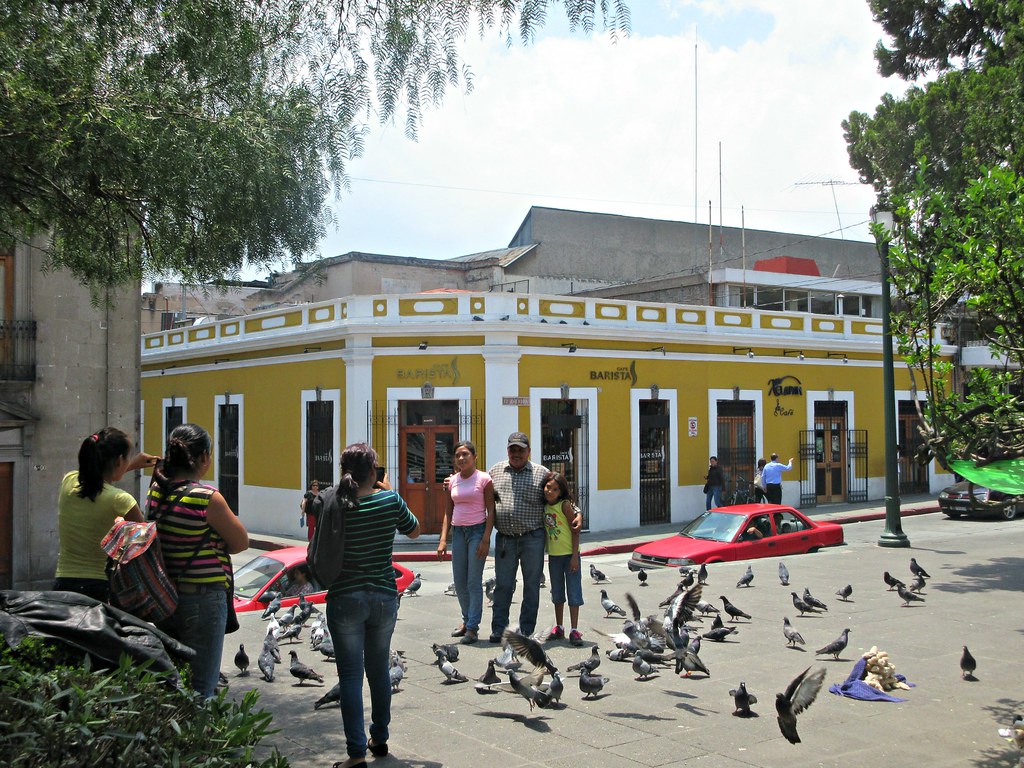 Of course the church, Catedral Del Espiritu Santo, is the main building bordering the plaza. 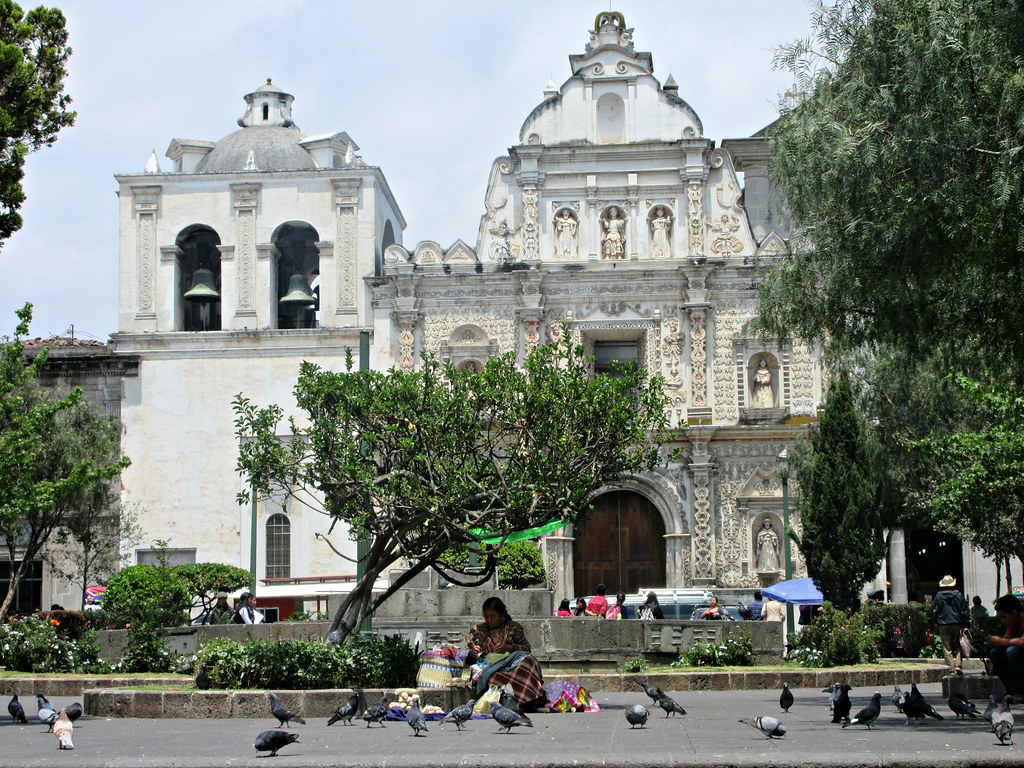 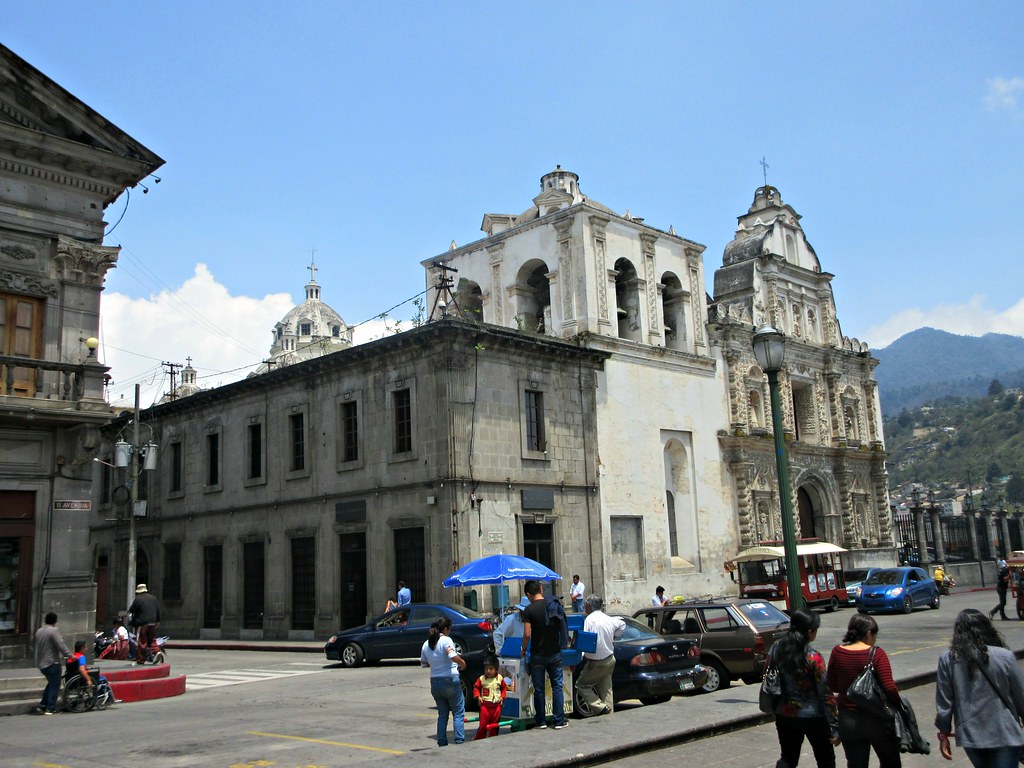 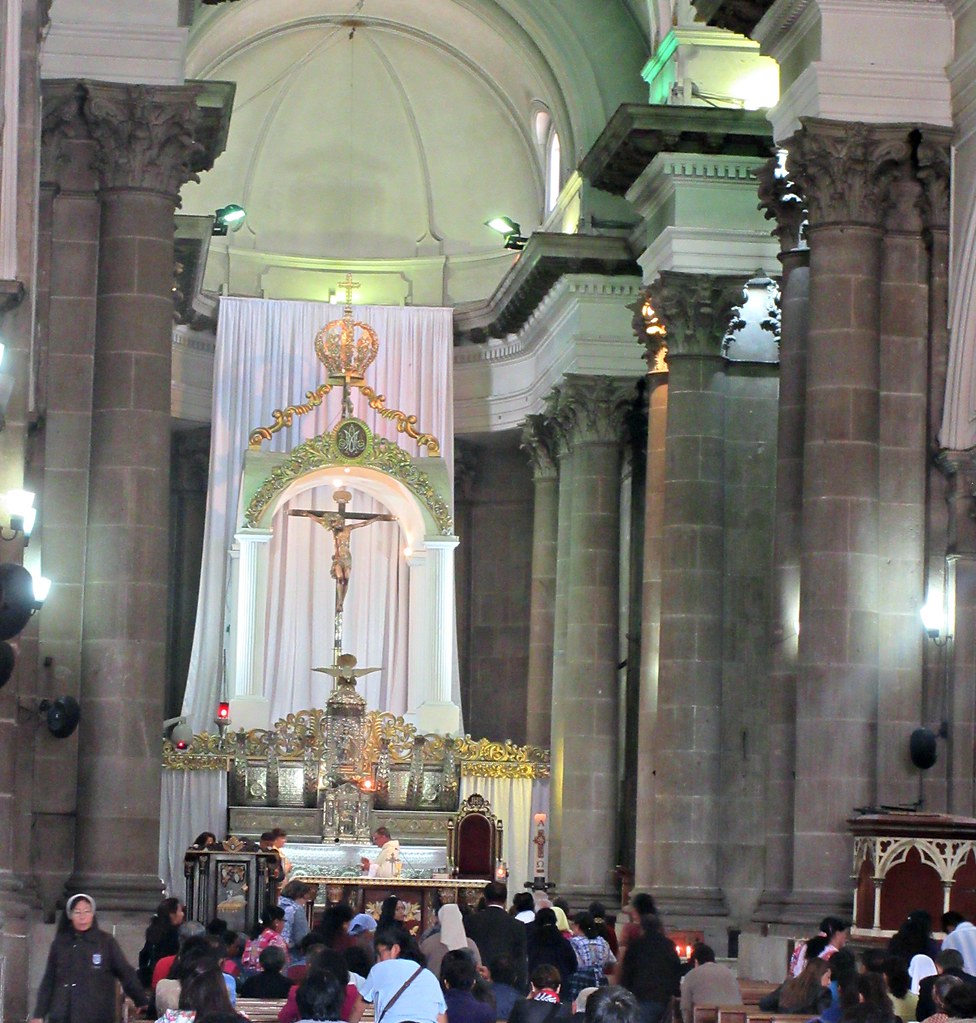 But the whole plaza lacked some vibrancy. I think it was because there were no patios around the plaza where people could gather, eat and drink, and watch people. The closest to this was a bar where I had to look through a gate. 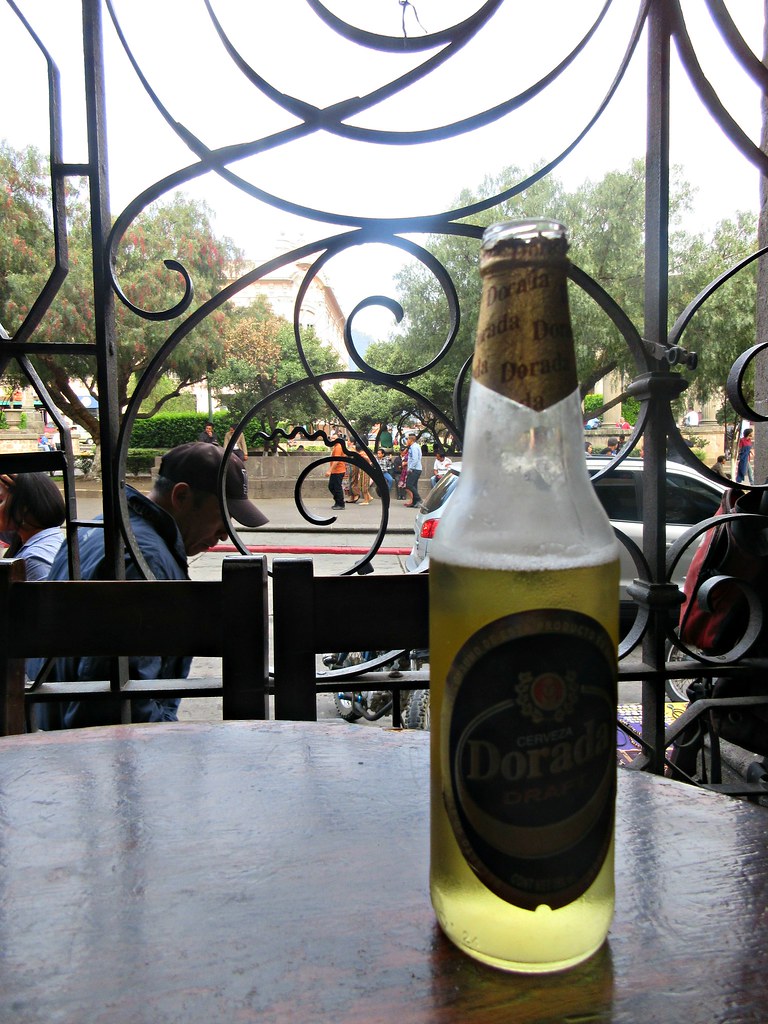 Just up from the plaza was another little refuge, the town theater. 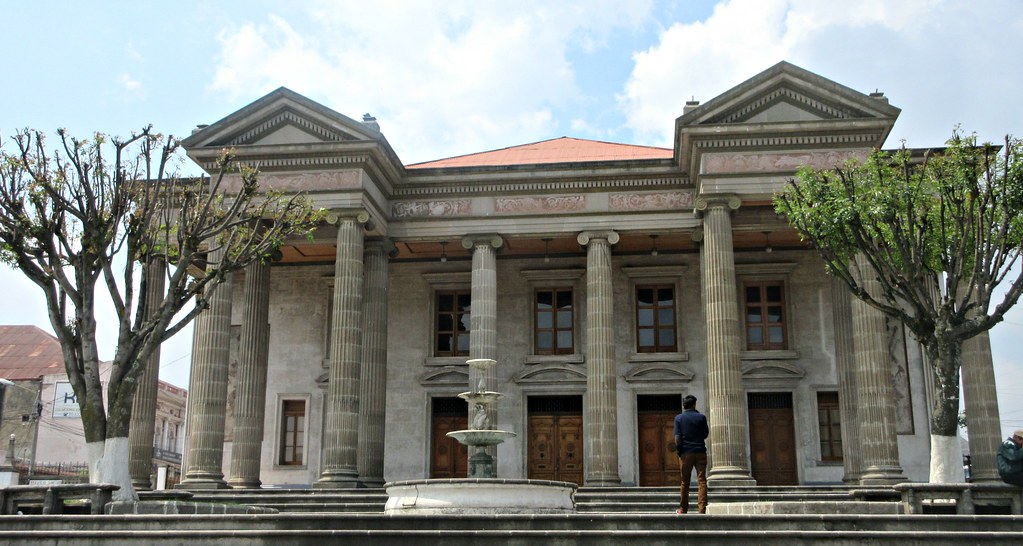 My big entertainment one afternoon is watching the police check a bunch of young people gathered in the center of the main plaza. 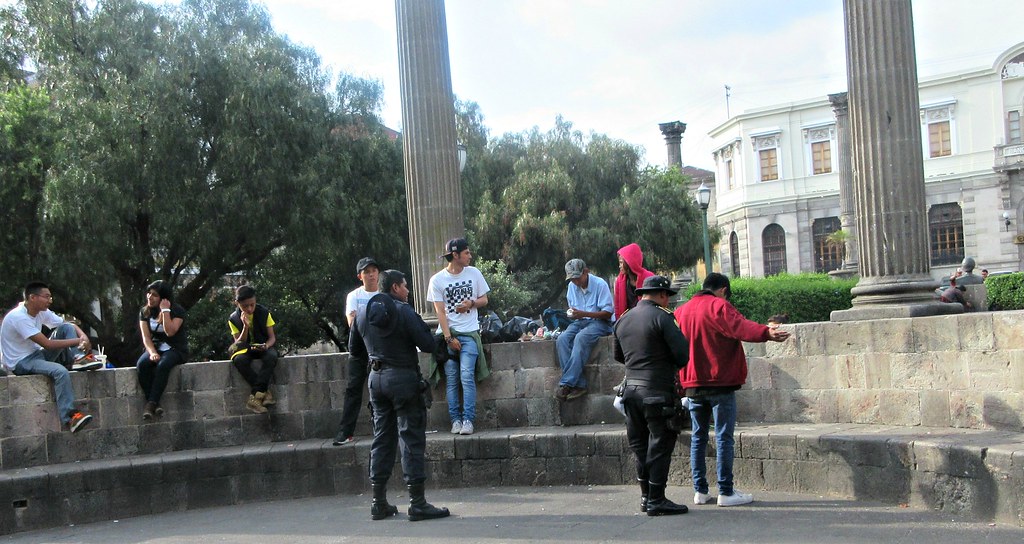 One of my rituals is to find a nice coffee shop in the morning for breakfast and to work on posts and answer emails. The only thing around the main plaza was Cafe Barista. 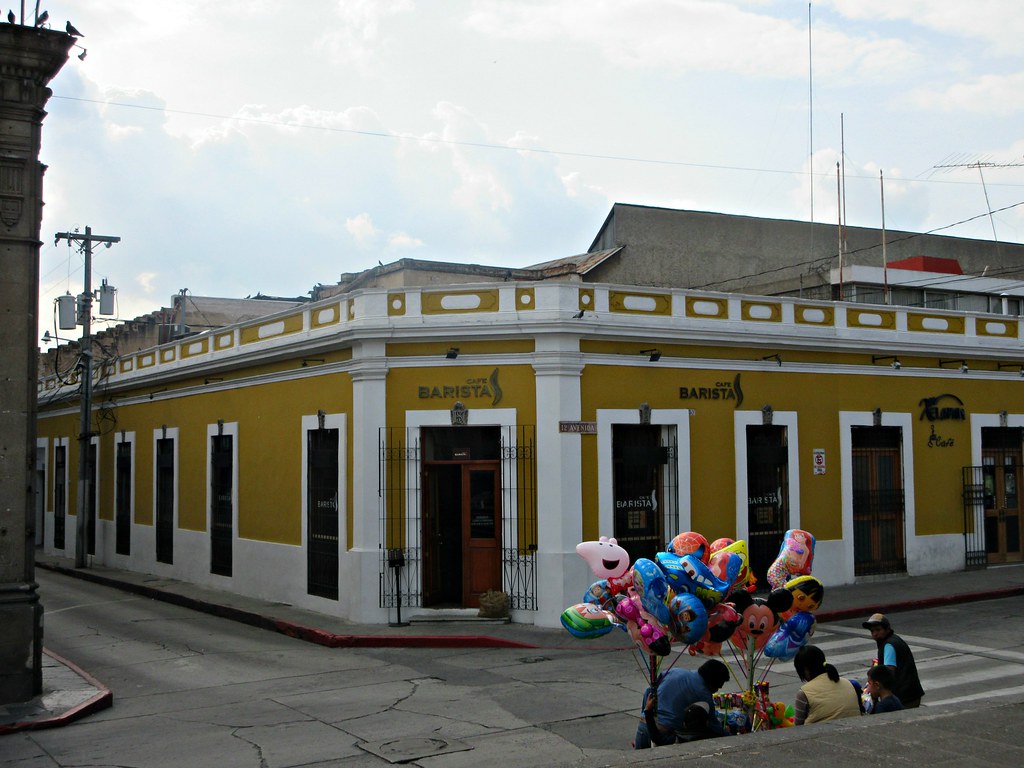 It is a chain coffee shop that attempts to mimic Starbucks. A poor mimic I might add 🙂 It was OK but I just didn’t feel comfortable there.

Tripadvisor recommended La Chatia Artesana. It was a bit of a walk from my hotel but I didn’t really mind. It was a good opportunity to explore the city more.

When I first walked in I thought huuuummmm …. not really my kind of place. 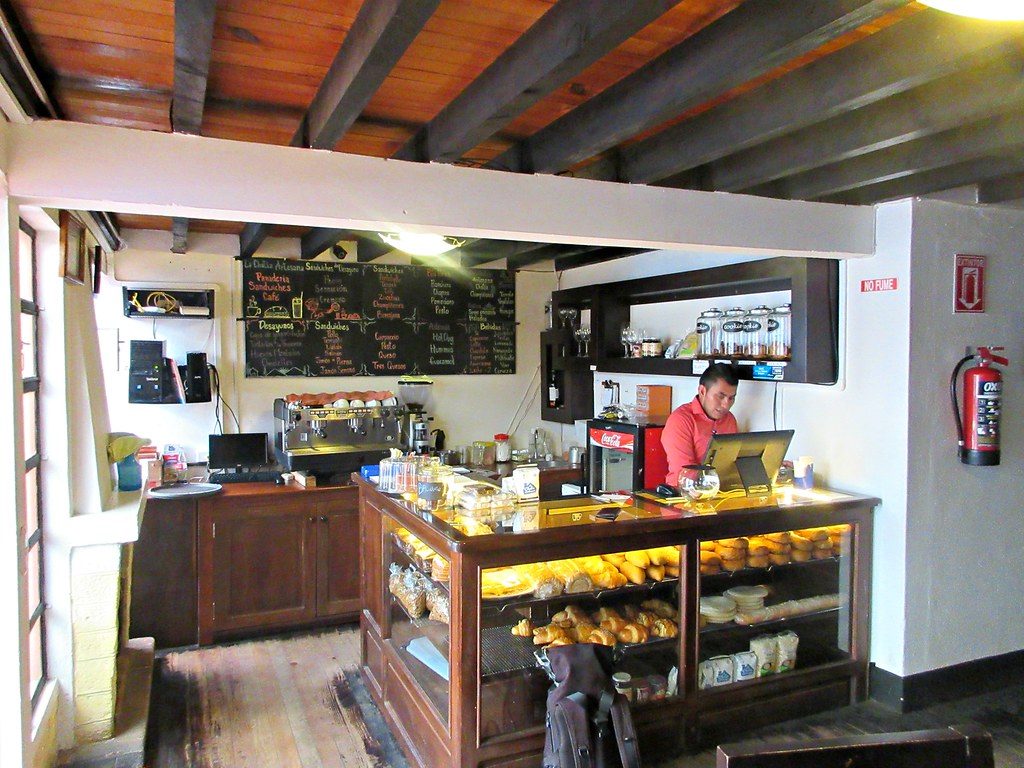 They didn’t have the chocolate croissant I wanted 🙁 So I ordered fruit and yogurt instead. Probably a better choice anyways.

When my fruit and yogurt came it was huge … and very delicious! 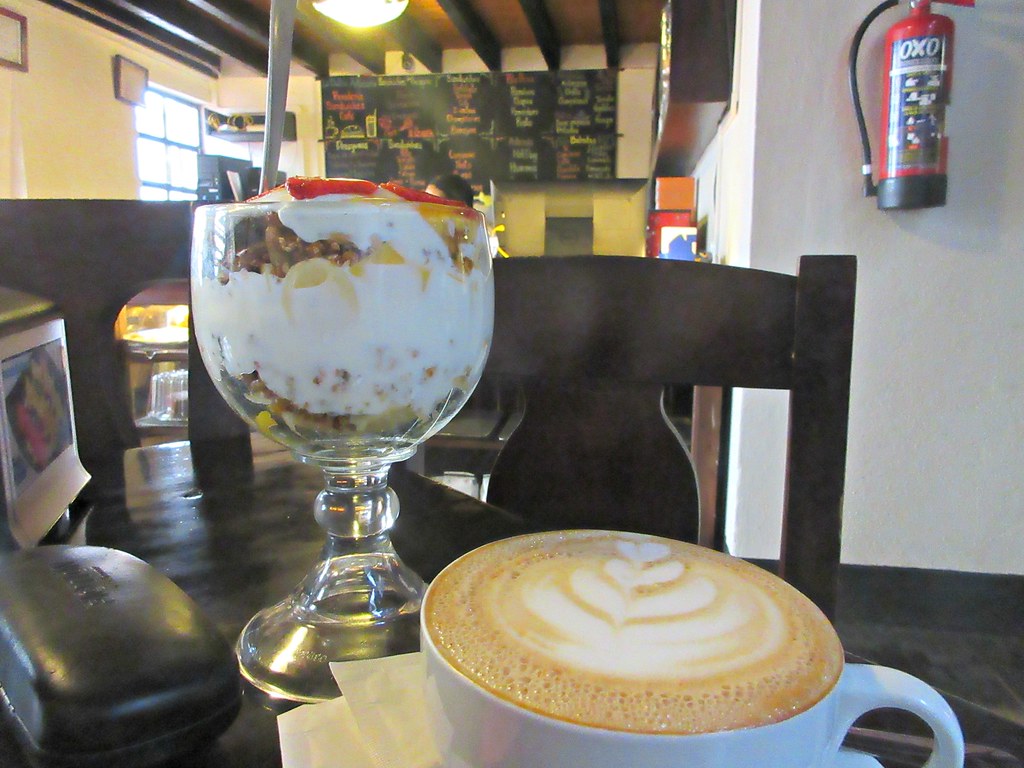 Now I was hooked ha ha. The staff turned out to be really nice and for the rest of my time in Quetzaltenango, this was my go to place for my morning ritual.

I really didn’t see any good restaurants for a single person in the city. For me that usually means there has to be a patio or good people watching or some sort of entertainment. I don’t like sitting in a closed in restaurant by myself with nothing to do.

There was street food, but I’m not much of a street food person. A bit of a cleanliness freak I guess ha ha.

So I decided to go cheap with fast food restaurants.

I saw something in Quetzaltenango that I haven’t seen since the US ….. 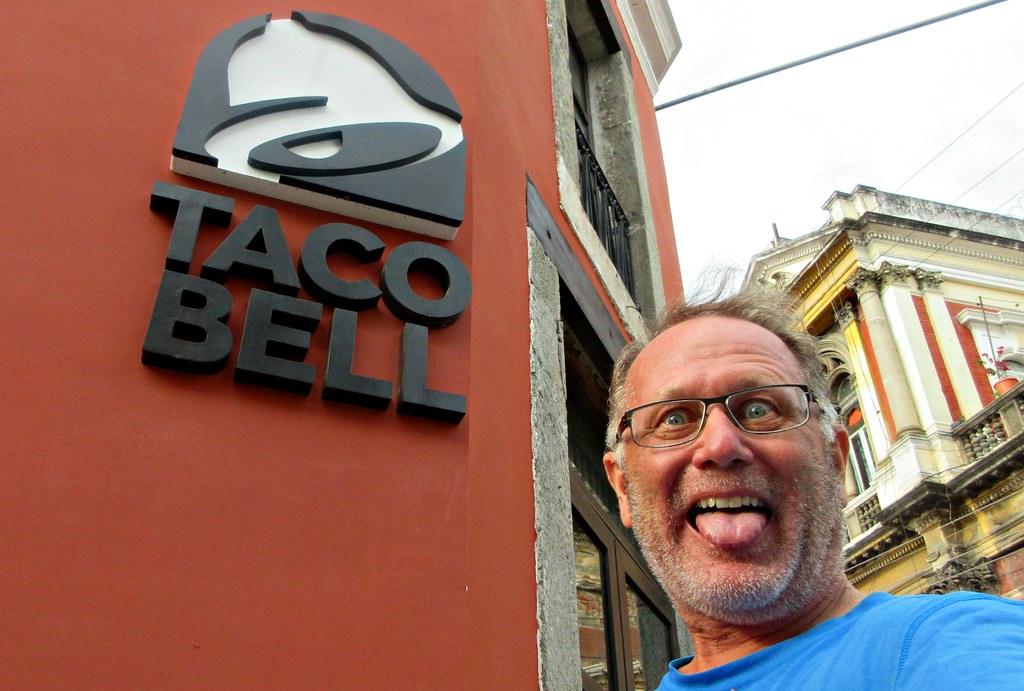 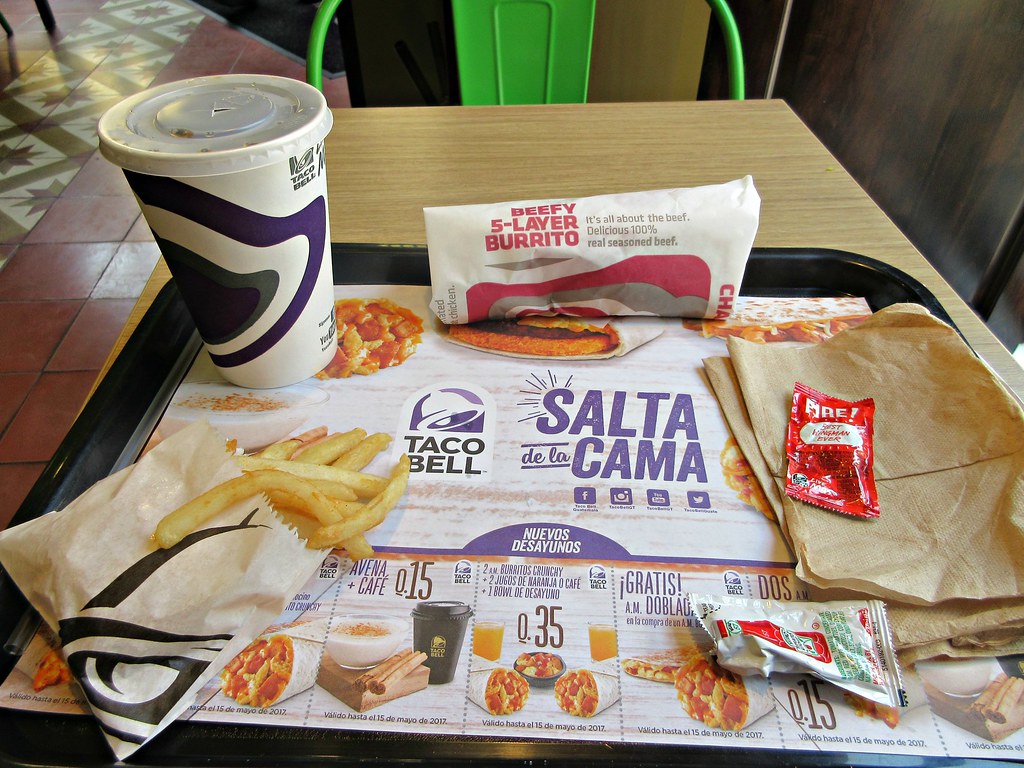 The place was PACKED with locals. Hard to believe actually. But I guess they want to be part of western culture rather than take part in their own taco culture.

The other fast food joint that was packed was McDonalds. The one by the university was big and had the ordering kiosks. The place was filled with families, people in suits, gatherings …. very popular.

I hate there a couple of times too.

The longer I stayed the more Quetzaltenango grew on me … my morning coffee shop … the hotel … the roughness of the streets all ended up to be nice. When you spend a few days in one spot it starts to grow on you 🙂 You start to experience the rhythm of the town. But it was time to leave. 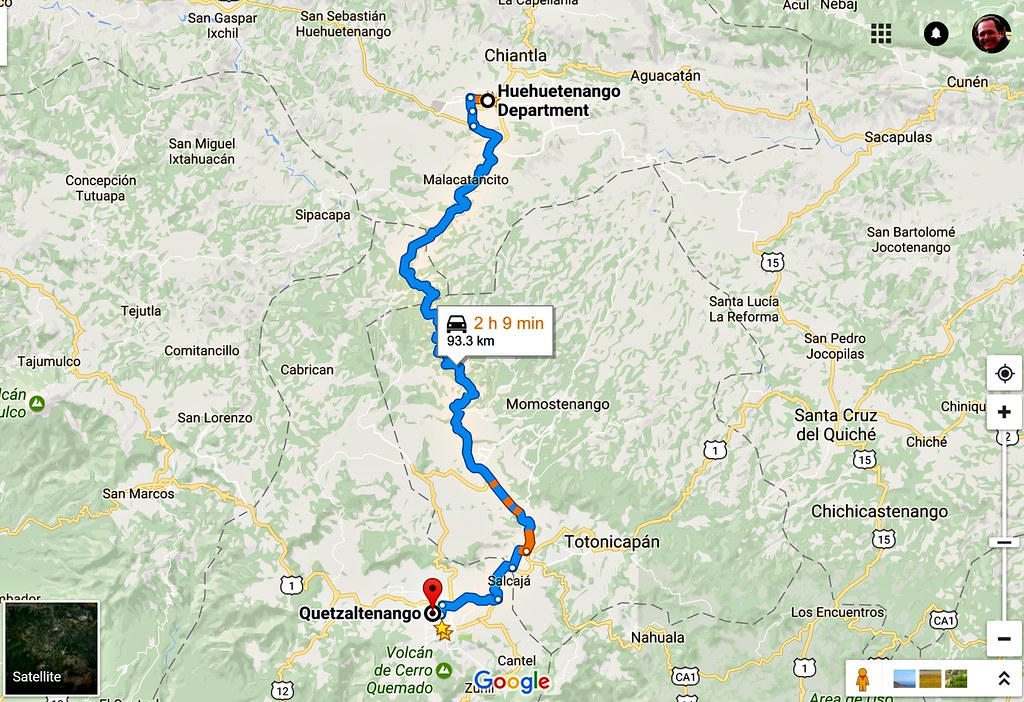 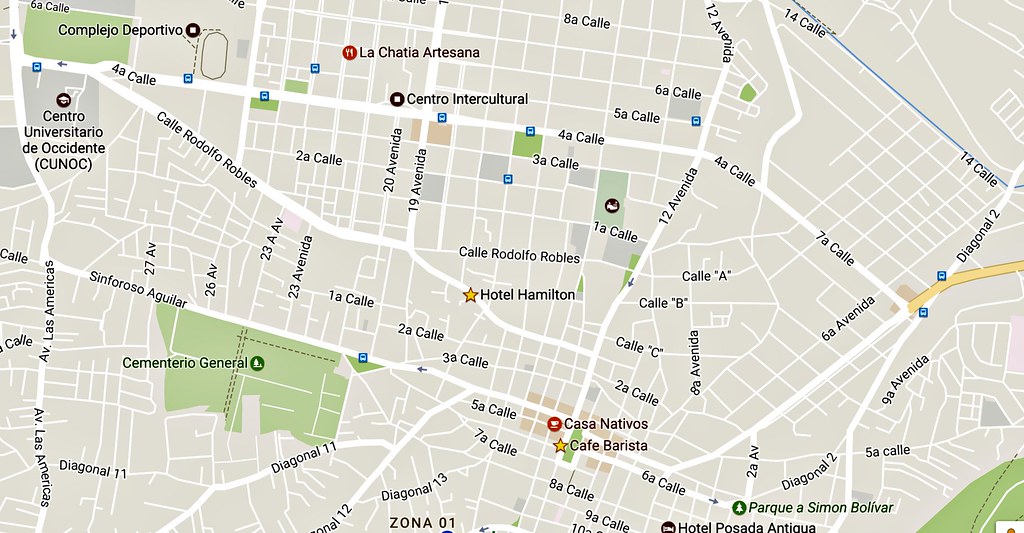