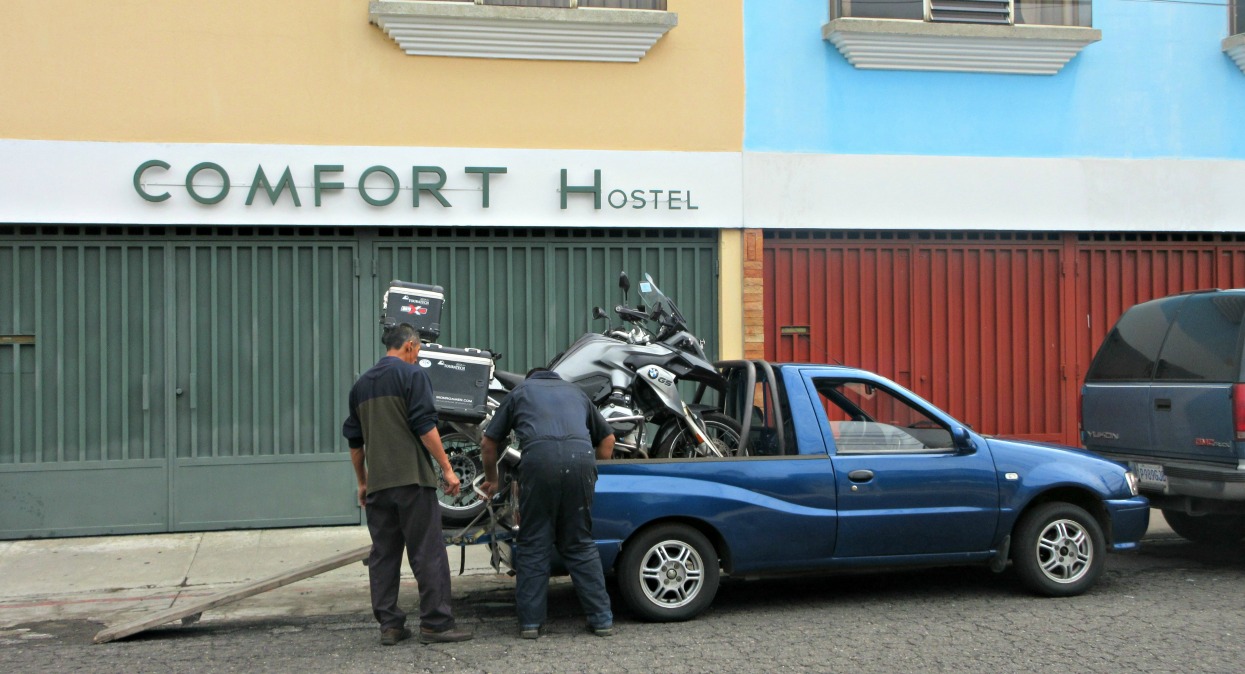 I woke up this morning thinking how will I get my motorcycle to Bavaria Motors in Guatemala City from Antigua.

Before my accident I had already booked an appointment there for Monday to repair a leaking fork seal. Now both seals were totally gone, at least one fork tube bent, my tire rim bent, and I had a destroyed tire.

The staff at the Hotel San Jorge were great during my stay in Antigua. Now I needed them more than ever. I asked them if they could find a truck for me to haul my motorcycle and me to my hotel in Guatemala City.

Within a hour they found someone that would do it for 500 Q, or about $100 Cdn., without an invoice ha ha ha. I really don’t like that because obviously he is trying to avoid taxes. But I didn’t need an invoice and I did need a truck. So I accepted.

At noon the guy showed up to pick up my motorcycle. 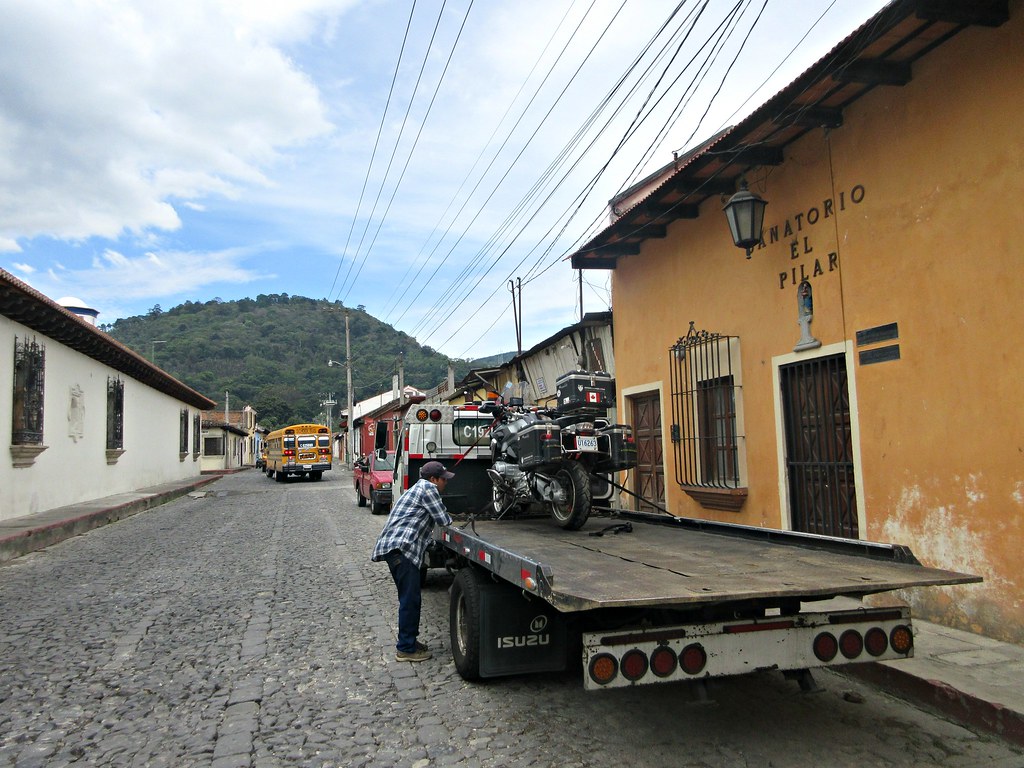 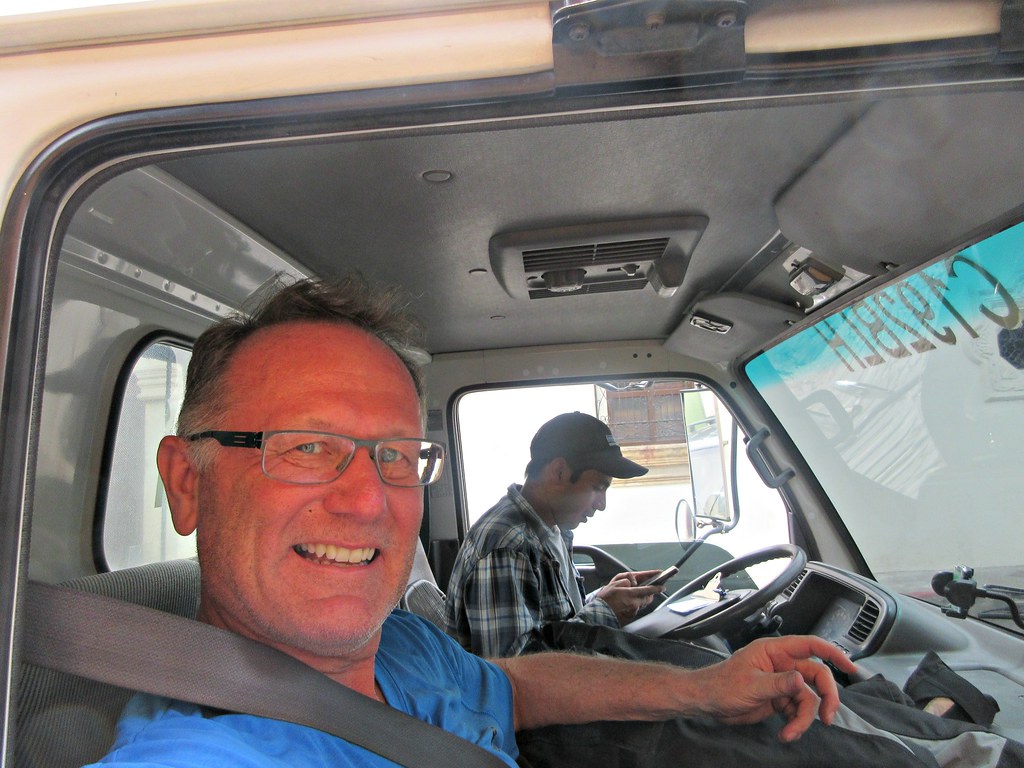 It isn’t far to Gautemala City from Antigua, only 43 km. Soon we were at my hotel and had unloaded my bike. 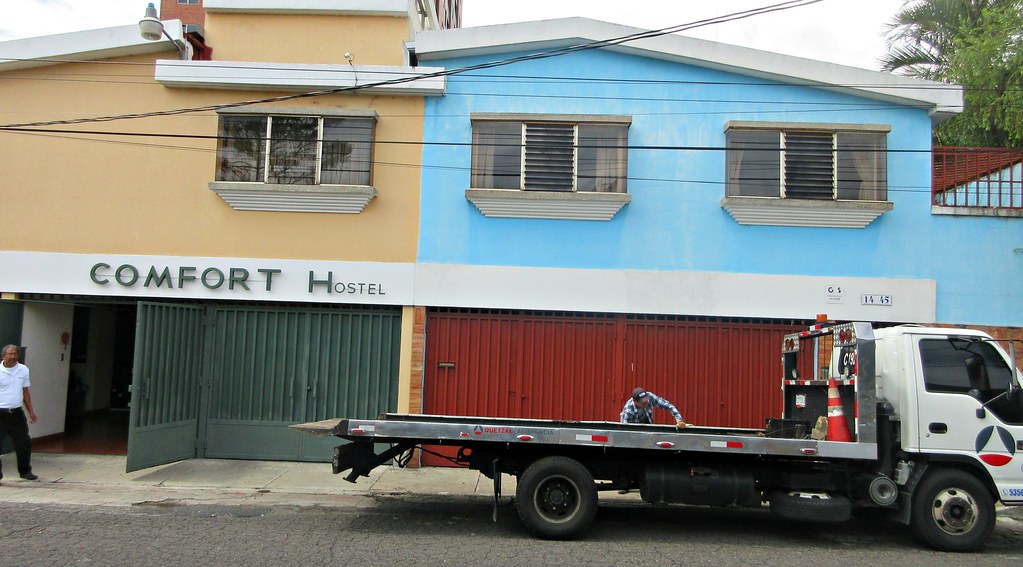 Another successful day of getting my motorcycle and me to our next destination. There was just one more trip to get us to Bavaria Motors.

I had specifically chosen my hotel because it was close to Bavaria Motors. So the next day I walked to the Bavaria Motors and explained my new predicament.

They arranged to have a truck come, take me back to my hotel, pick up my motorcycle, and bring us back.

The truck was small. But it made it easy to load my motorcycle 🙂 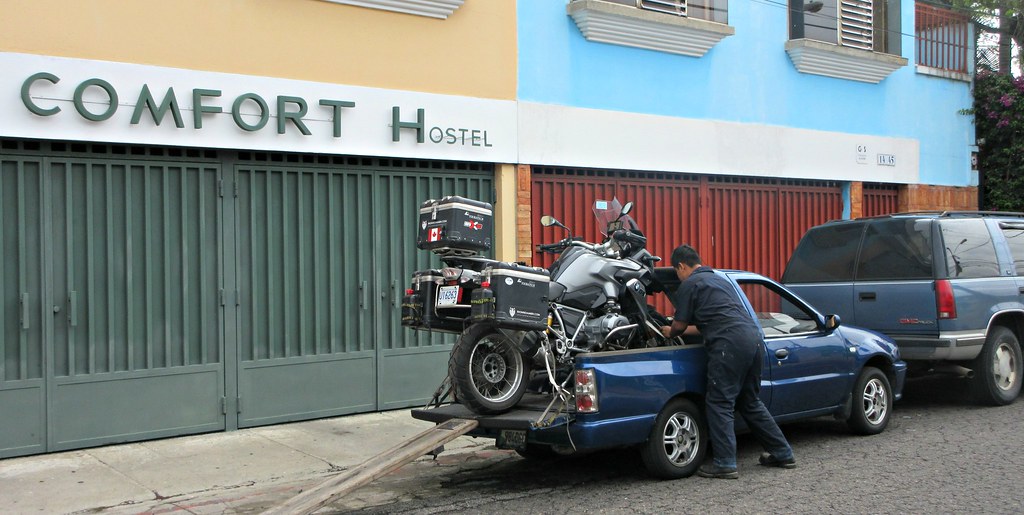 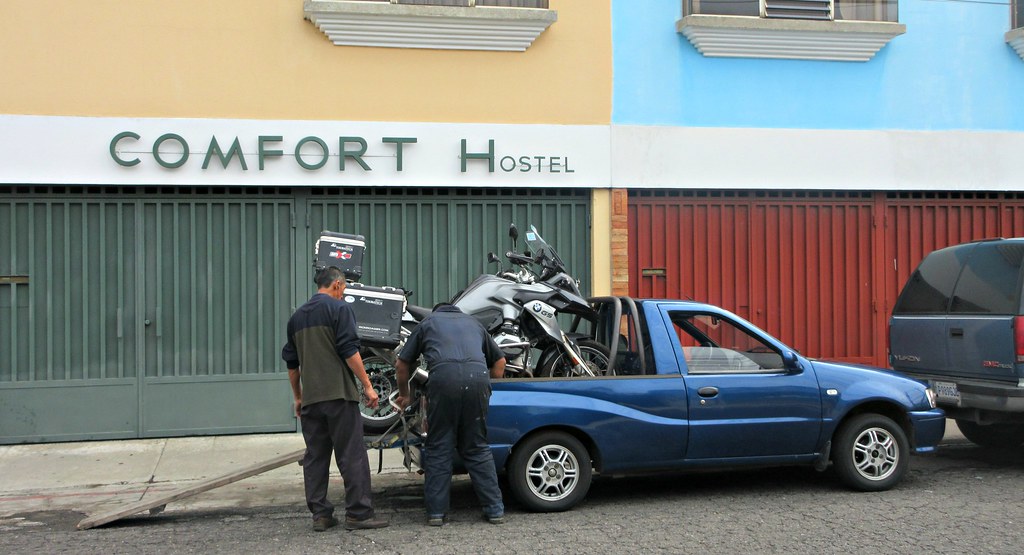 Back to Bavaria Motors we went.

They have an interesting set up there. The mechanic shop is actually on the second floor and they have a lift that takes the motorcycle up there. 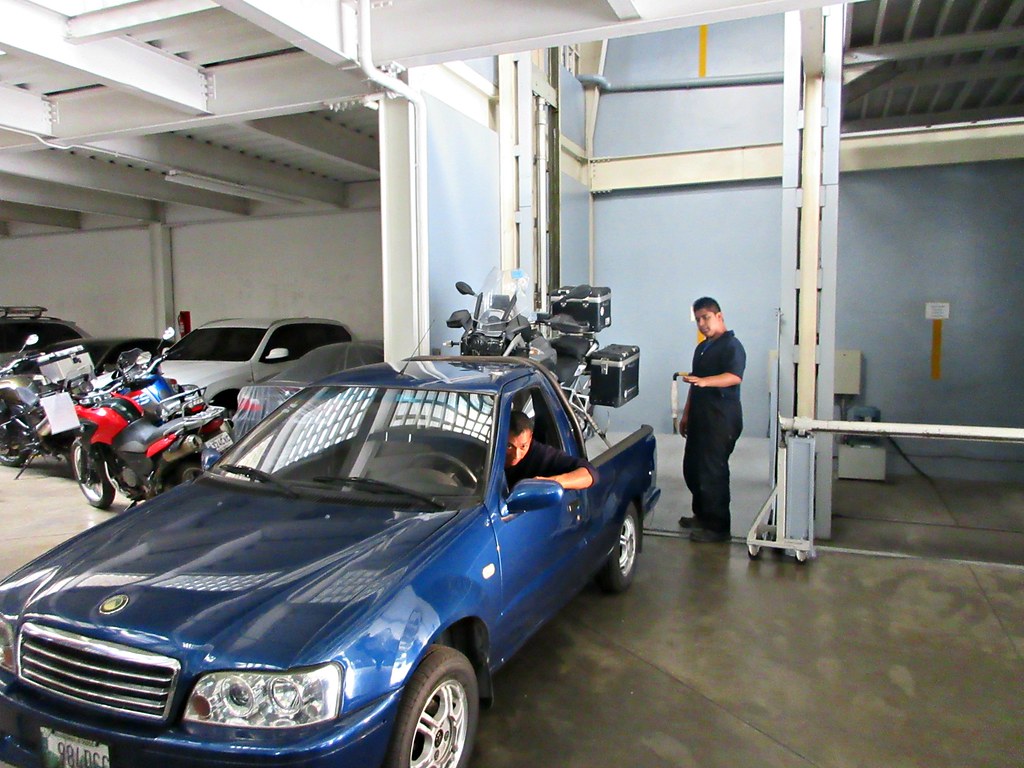 I walked away from the dealership with a sense of relief and a smile. I did it. With the help of lots of people I managed to get my broken motorcycle from the side of the road by Lake Atitlan to the BMW mechanic in Guatemala City! 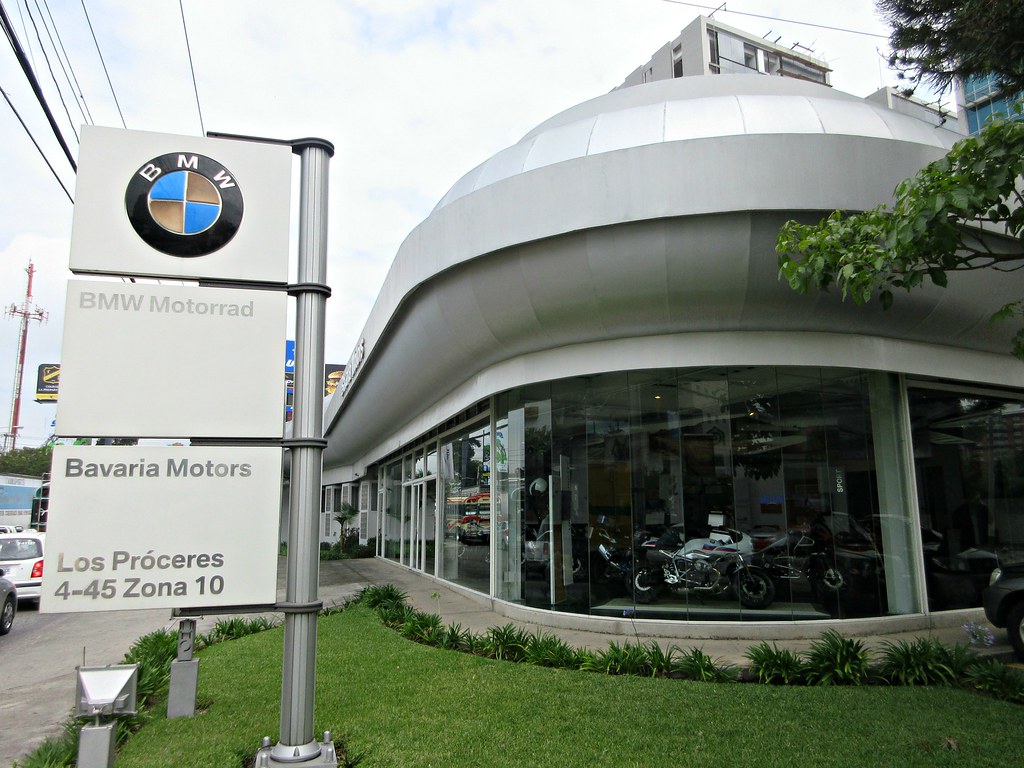 My smile was short lived though. I walked to Starbucks to celebrate :-). But while there Bavaria Motors sent me the estimate for the repairs – 28,833.48 Q or about $5,340 Cdn!!!! I was in shock! This was A LOT of money! I suppose I could afford it, but it would do serious damage to my budget. But what choice did I have?

The break down was as follows:

What to do Now

In this situation I know some would haggle, yell, scream etc. to get the price down.

Others would tell me to take my motorcycle elsewhere. There are a lot of corner mechanics around in Guatemala.

And I did receive the suggestion of flying to the US, finding a BMW motorcycle used part place, buy the parts and fly back to Guatemala with them to save money.

Contrary to what many believe, I don’t believe there is a single right way to respond to this situation. There is only the right way FOR YOU. And I don’t believe in being critical of people who choose the way that is best for them.

My decision may turn out to be a mistake, but it is my mistake. Everyone has their own mistakes to think about rather than criticizing my mistake. If it even is one.

So what did I choose to do?

I stayed with Bavaria Motors because they are use to working on BMW motorcycles and have the parts. Plus they have a good rep among adventure motorcyclists.

For me I like to be nice and develop a relationship with people so that they will want to do the best they can for me. I believe that Bavaria Motors should make a reasonable profit, and that I should receive a reasonable deal.

Sooooo after the initial shock I responded to their email saying it was expensive and did they have a used rim available to put on to lower the price.

The response back was that they would do their best to lower the price.

For the next couple of days I went in to say hello and develop a relationship with them. We’ll see what the final outcome is. Fingers crossed. 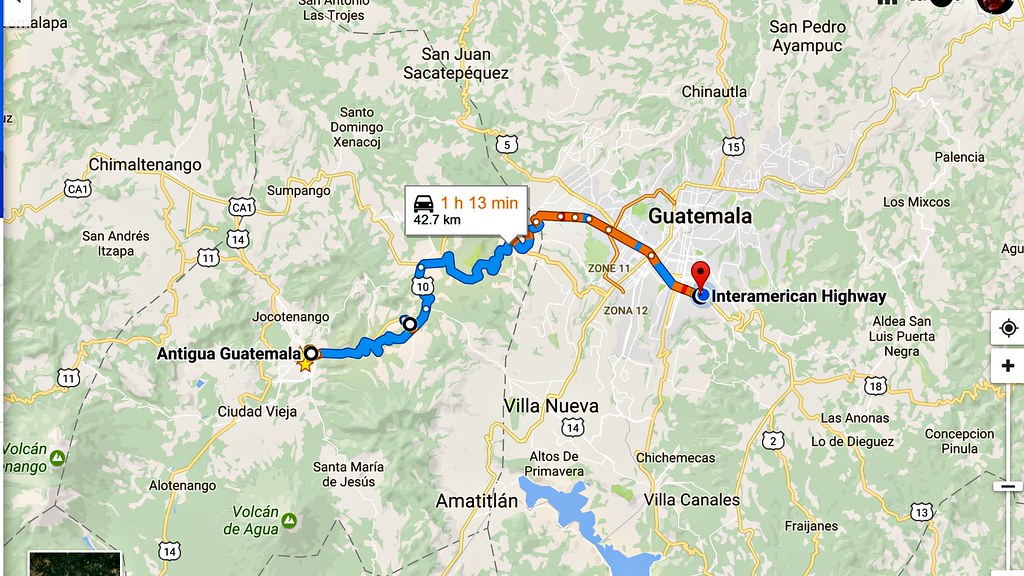 My hotel is where the blue dot is. So close to Bavaria Motors. 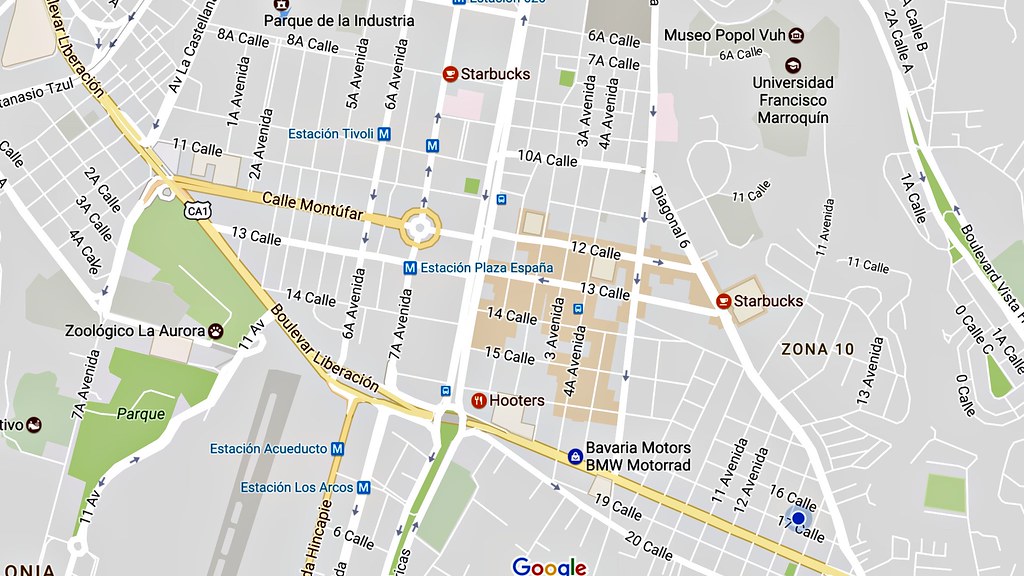