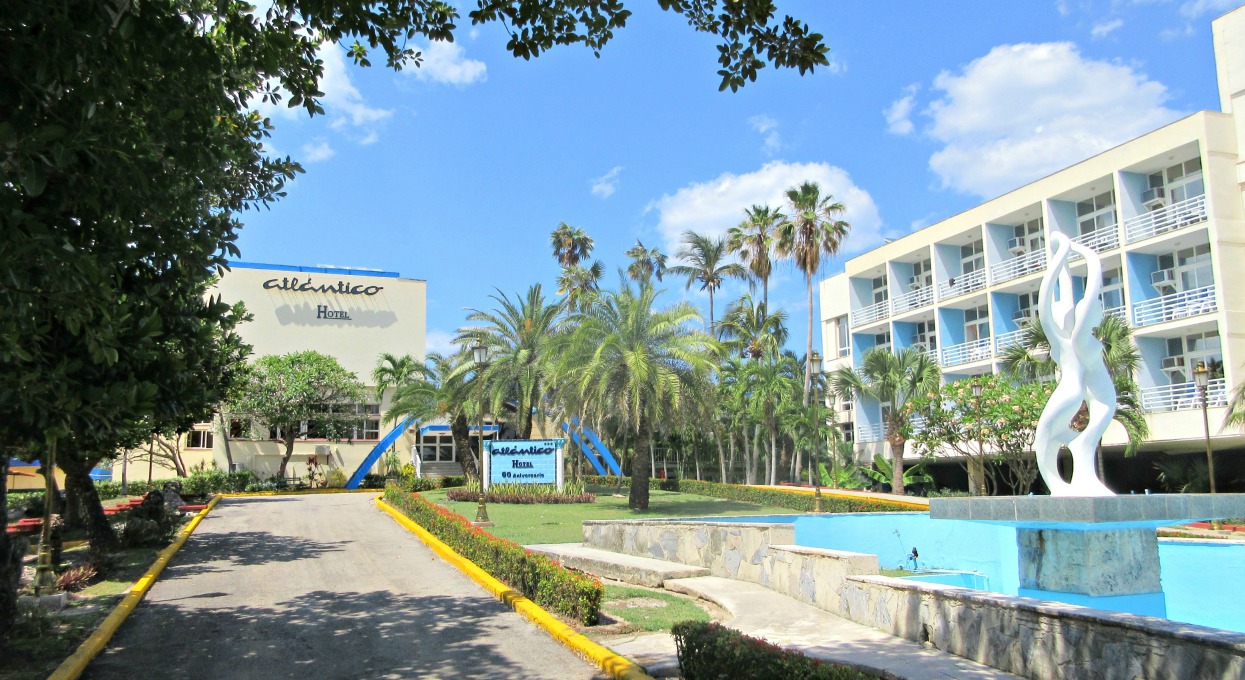 After a week in Merida, Mexico, it was time to fly off to Havana, Cuba where I would stay at the Hotel Club Atlantico.

Planning to go to Cuba

While on the Yucatan peninsula I wanted to take an excursion to one of the nearby islands. My choices were Cuba, Haiti or Jamaica. Everyone I talked to said to go to Cuba. So that is where I would go 🙂

Most people who go to Cuba save up for the vacation and enjoy themselves at a nice hotel or an all inclusive. For me though, this trip is everyday life. The nice part is that it is everyday life for me ? The bad part is that I have an everyday type budget for the trip and not a vacation budget. I can’t afford a $200 a night hotel as I would on a vacation. Just think about it, that would be like spending $6000 a month in rent or mortgage payment. Far outside my pension bracket. Great for a vacation, but not for everyday living.

I decided I wanted to be close to Havana to sight see rather than choosing a beach vacation location like Veradero. I can sit on a breach or by a pool for a day or two but that’s my limit.

Expedia and Booking.com didn’t provide many options for Cuba. I found Interjet Vacations, a Mexican company, that had lots of variety.

Choosing the hotel on my limited budget was the hard part. The hotels downtown Havana were either too expensive or dives, at least according to Tripadvisor ratings. There were cheaper hotels in the outskirts but not within walking distance to downtown. I didn’t want the added expense of taking a taxi everyday. Plus the hotels weren’t rated very high.

Finally I found the Hotel Club Atlantico. It was on the outskirts but the offered a free daily shuttle downtown. And the ratings were quite good. I booked it for a week. 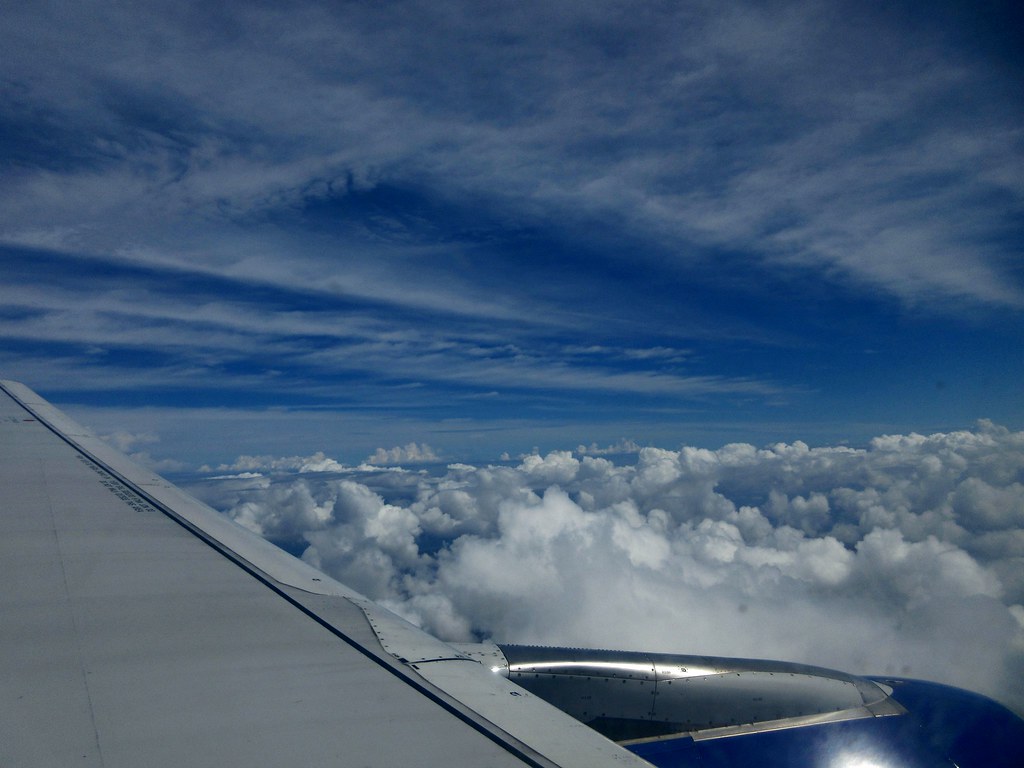 The Interjet flight to Havana was practically empty.

I wasn’t sure what to expect when I landed in Cuba. 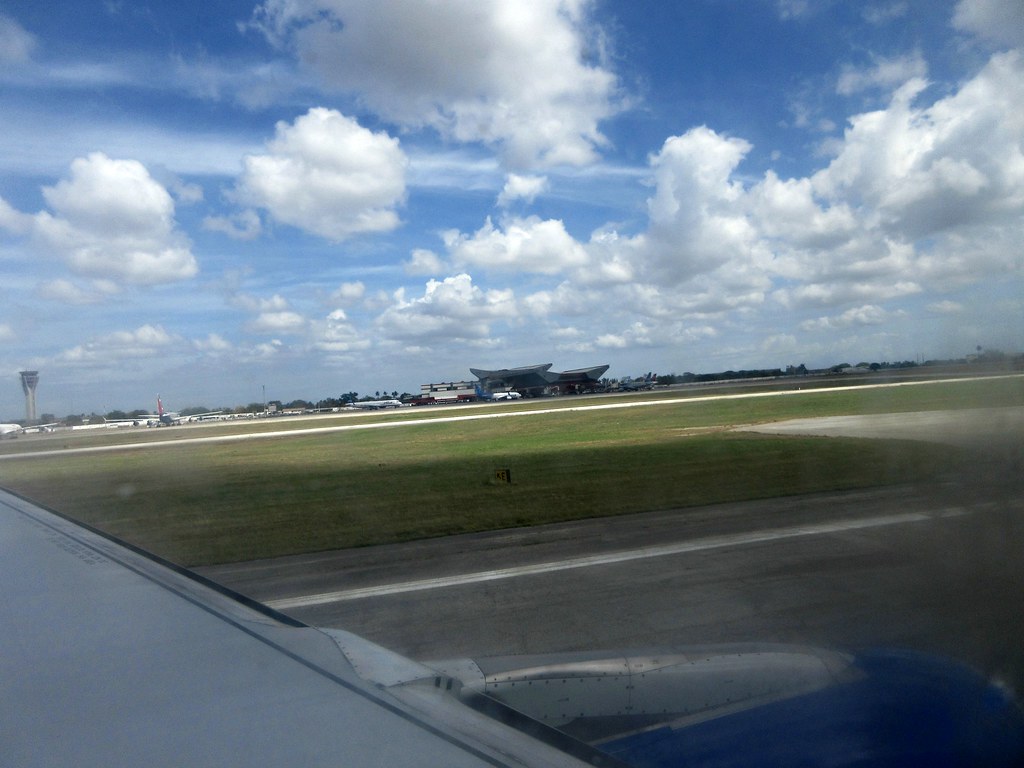 From the photos of buildings and the old cars I knew they were a poor country. On the other hand, I had also seen pictures of people having fun at beautiful hotels and pools by nice beaches and turquoise water.

The Havana airport was not that nice and not well organized ha ha. But that is OK, they are a poor country. One of the first things I saw that was different ….. realize now that I am a man ha ha ha …. was that many of the female custom agents were wearing short skirts with fancy nylons. No pictures cuz I didn’t want to feel like a perv ha ha.

After passing through immigration my first project was to get Cuban currency. There were 2 exchanges outside the terminal. Both had huge lineups. 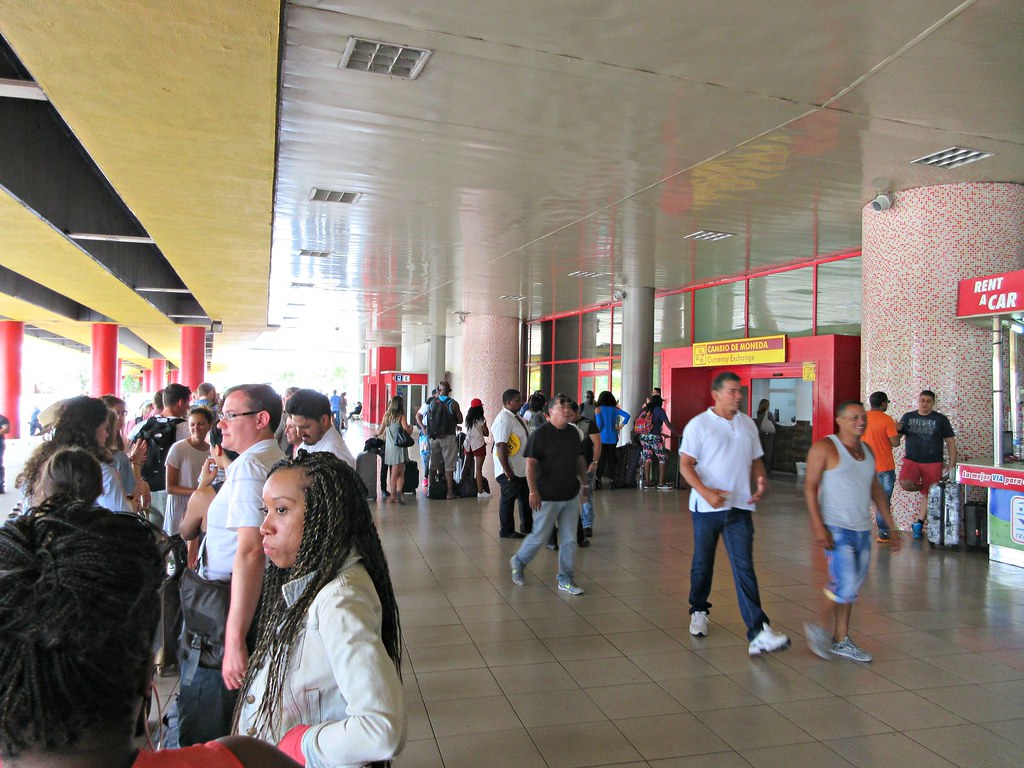 I waited for over a hour! Most of the movement didn’t come from people being served but rather people leaving the lineup upon the convincing of taxi drivers that they would stop somewhere along the way to their hotel to exchange money.

After finally getting money I caught a taxi for 50 CUC to my hotel. The Cuban currency for tourist, CUC, is equivalent to the US dollar. The locals have their own currency. 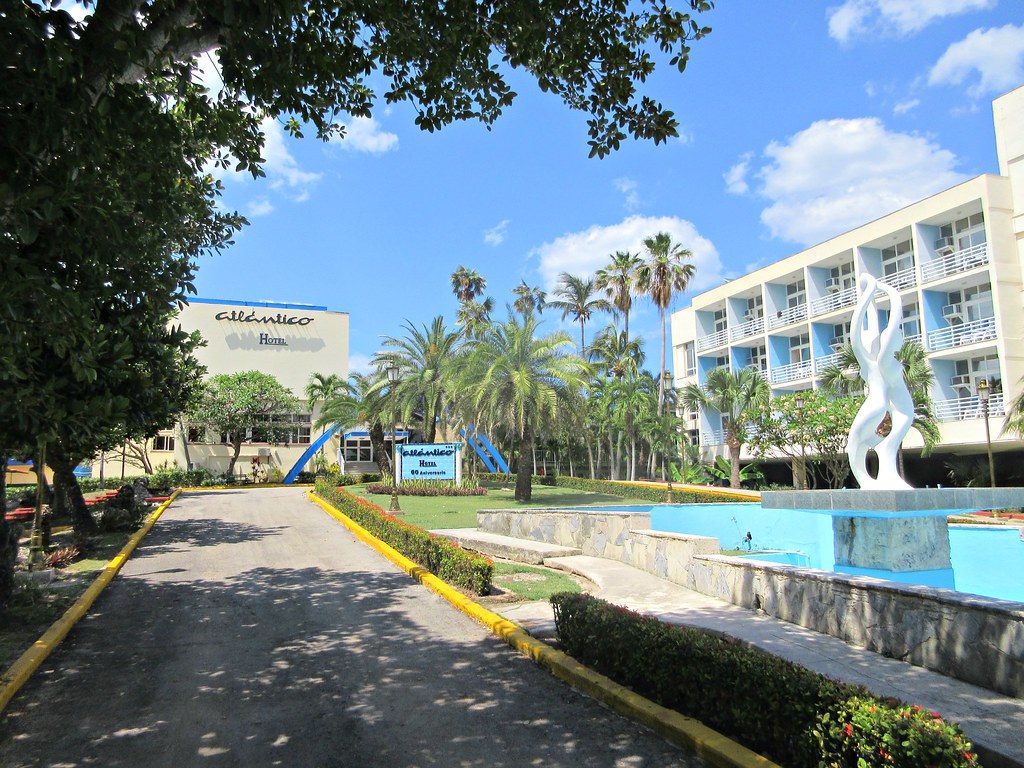 Remember that I mentioned the hotel was rated fairly high for my price range? Well, I am guessing the rating were based on Cuban standards. I did read in a lot of comments that you have to remember you are in Cuba ha ha.

The hotel itself is pretty run down. When I first arrived there was no water. The staff said that is because the water truck hadn’t arrived yet. Huuuummmmm

And I found out there is no Wifi at the hotel. Although for 2 CUC a hour I could use one of their two computers.

A couple days into the trip we had heavy rains. The hotel had leaks everywhere. Luckily not my room ?

The hotel is an all-inclusive, including alcohol! So that was a bonus. The meals though were not that great. But then Cuba is not known for its cuisine. Plus, I am a picky eater. I ate mostly rice, beans and potatoes. The potatoes were actually awesome.

After a walk around the hotel neighbourhood, I discovered it is truly in the middle of no where. No grocery stores or restaurants to speak of. Just beaches and some homes. 🙁 The hotel had a store but it only had alcohol,…. 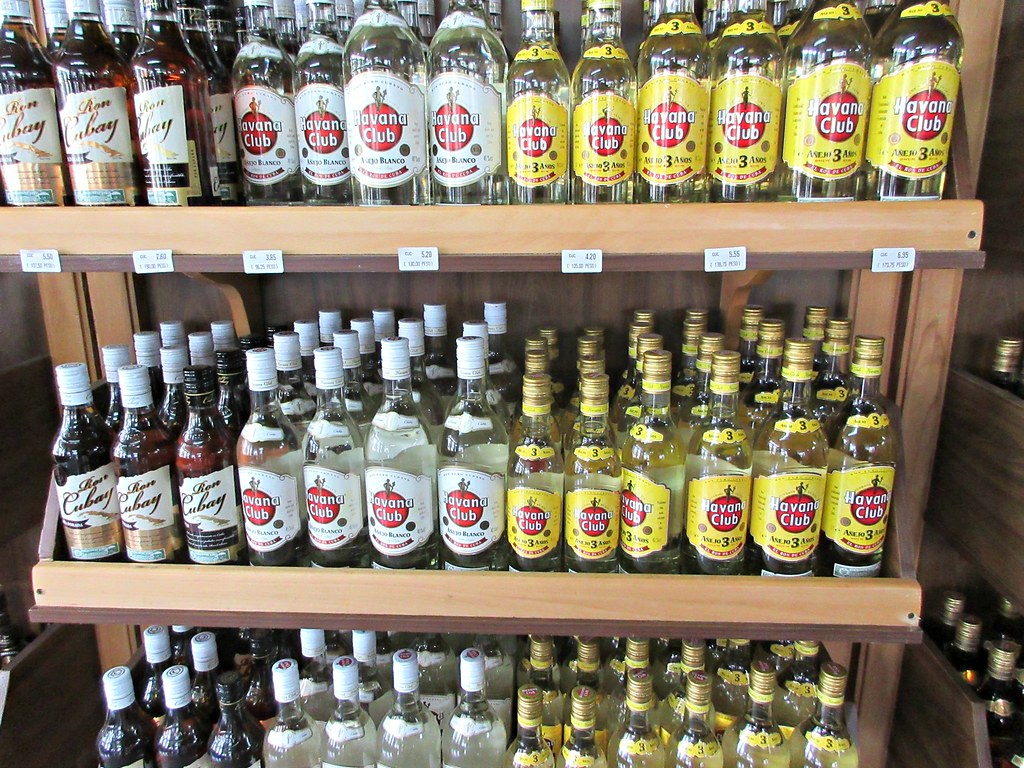 crackers, a couple of chocolate bars, and ice cream.

Throughout my stay at the hotel there were a lot of school groups staying there. Two from Canada. Perfect for them – nothing around – all inclusive – buffet – pool and beach – and close to Havana.

There were some positives though. They did have English TV channels, free shuttle to downtown, all-inclusive, nice rooms, a pool, and a beach. 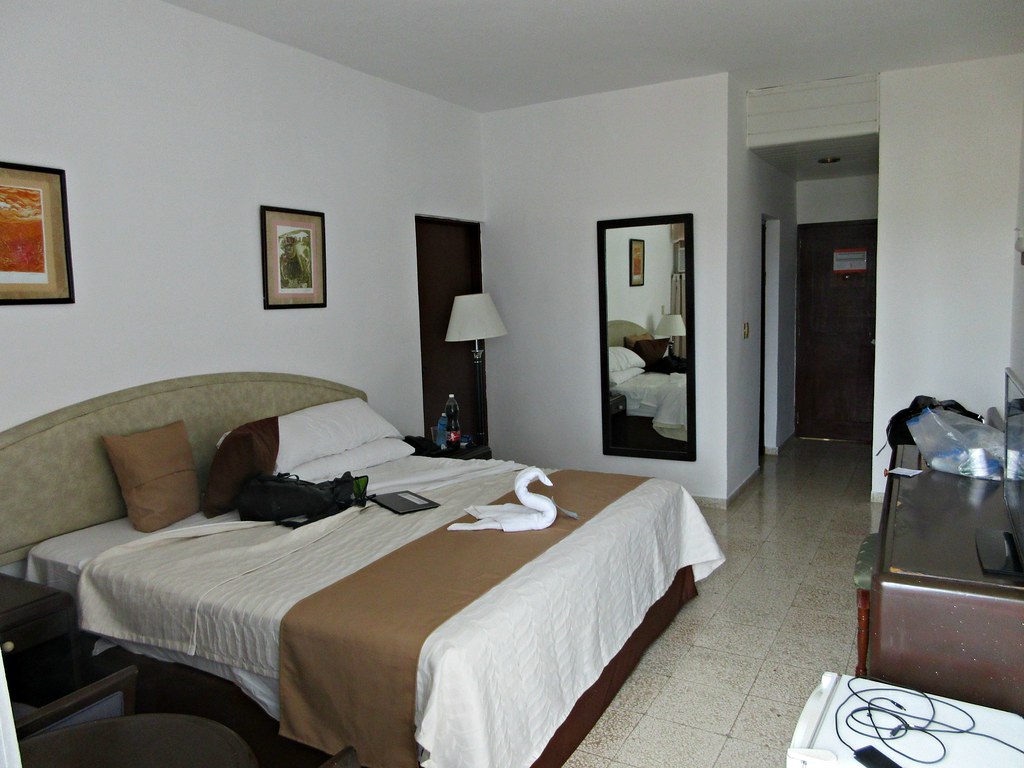 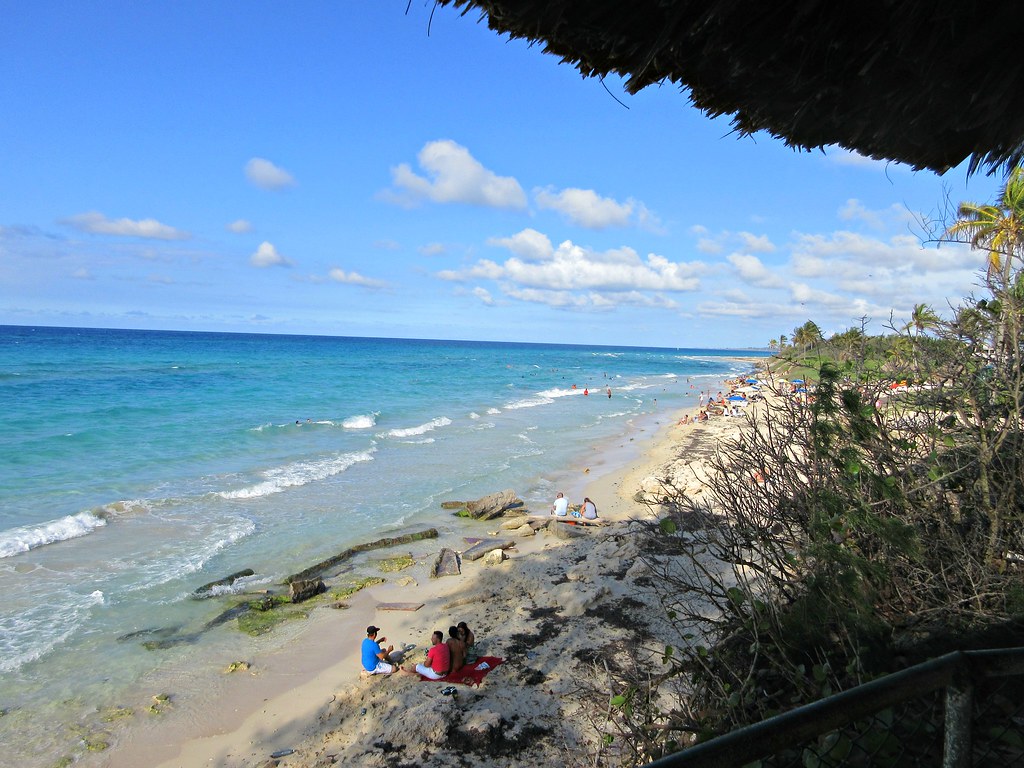 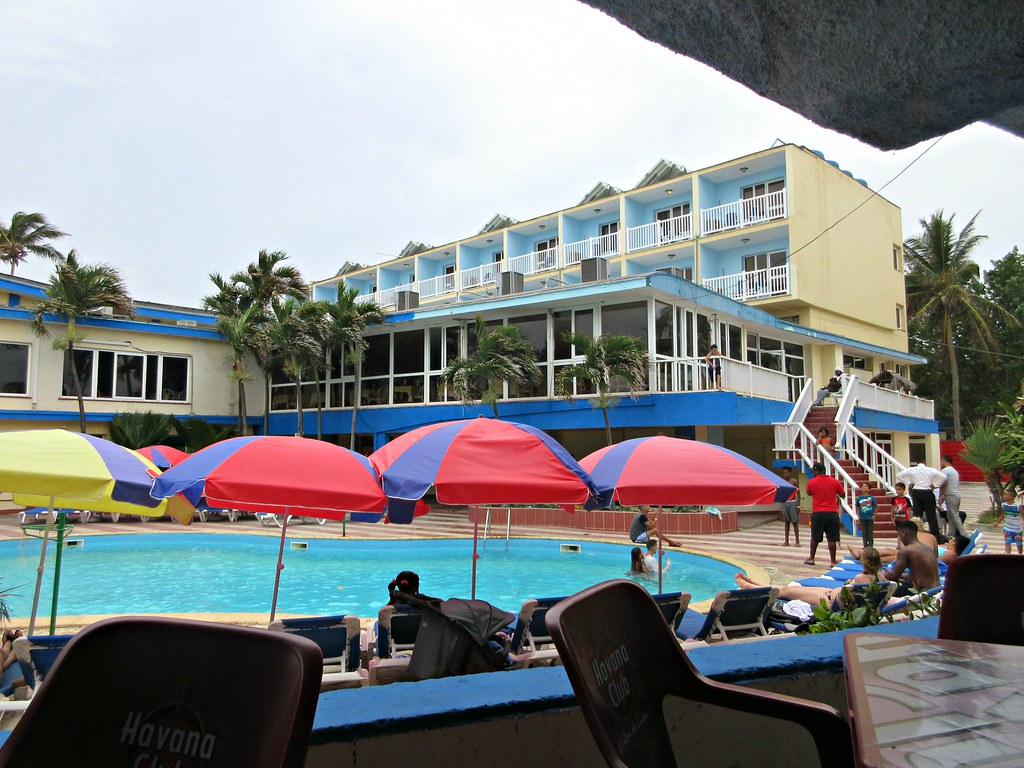 I hate to think what the hotels were like that were rated low! It made me glad I picked a higher rated hotel. There were a couple nice hotels in Havana but just not within my non-vacation budget. 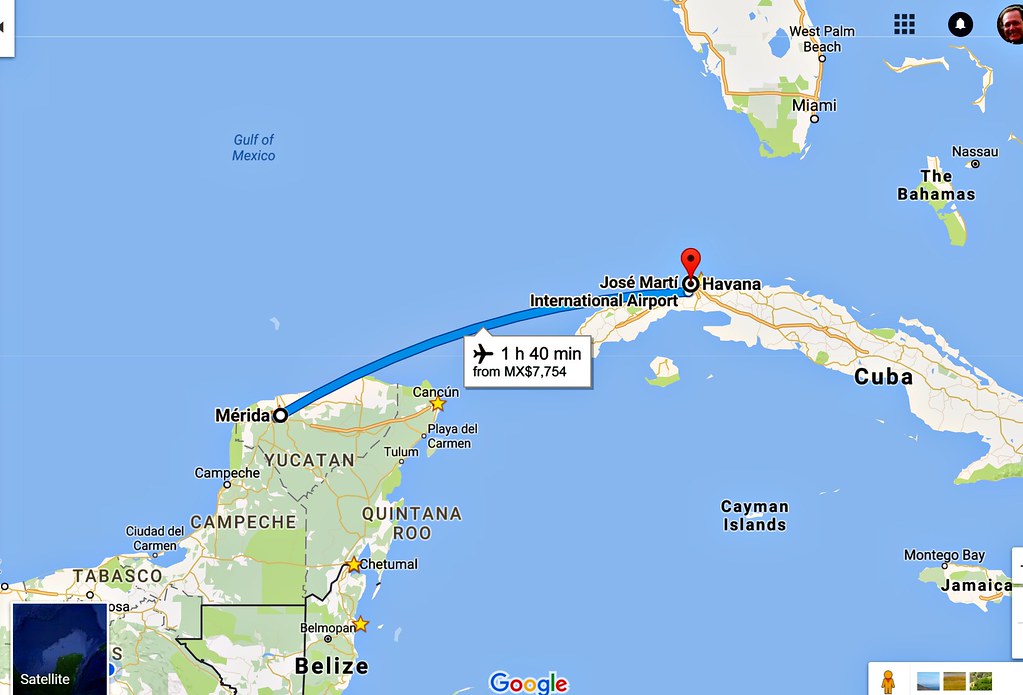 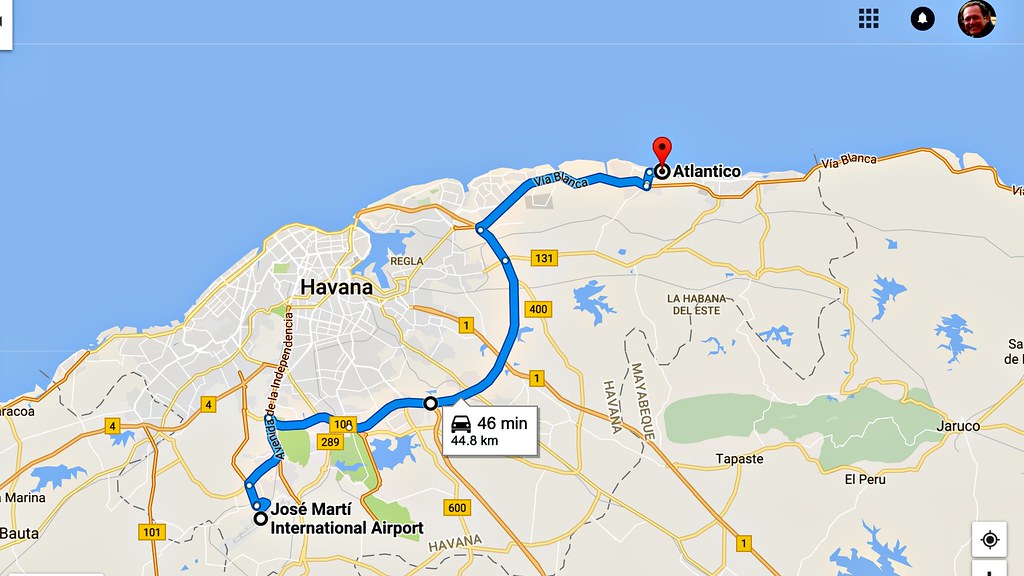