Today’s ride was all about Vicksburg, cotton and civil war history.

As I mentioned in a previous post from Memphis, it has been said that the Mississippi Delta starts at the Peabody Hotel in Memphis and ends at Catfish Row in Vicksburg. So off I went to see Catfish Row.

I was expecting something different than what I saw. Not knowing anything about Catfish Row, I was expecting historical fishing buildings. Instead it is a children’s park. 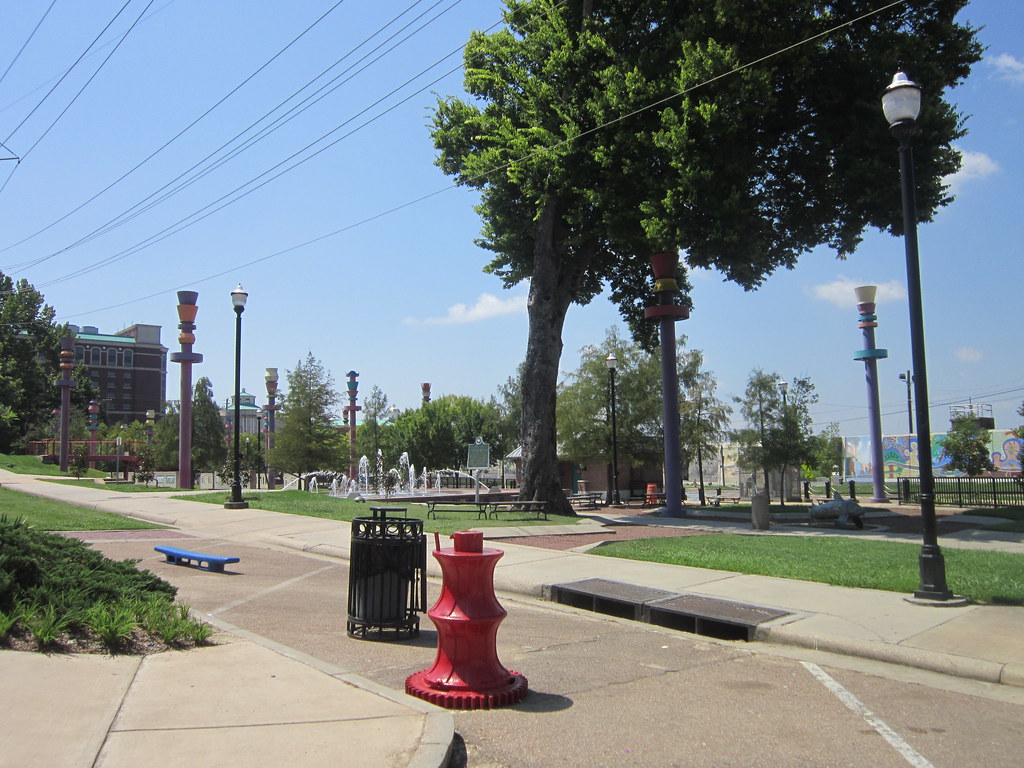 I have an interest in American Civil War history. I even have the Ken Burns Civil War DVD collection. One day I want to do a tour specifically on that. Perhaps upon my return.

The plan was to ride around the Vicksburg National Military Park. But like lots of things, it cost money to enter the park. I was just going for a ride so I didn’t spend the money. I would have to look for some free civil war history.

Vicksburg does have an amazing historical downtown area. Perhaps I should be spending more time walking up and down these streets. I always seem to be in a hurry.

For some reason I had it in my mind that I would see lots of cotton fields in the Mississippi Delta. Isn’t that what the slaves did, pick cotton? That is what I picture in my mind. I guess that shows my ignorance. To date I hadn’t seen any.

I was taking a detour to Grand Gulf when all of a sudden I saw a cotton field! I quick u-turn and I was back to inspect. I wanted to go up and touch the cotton. However, there was an electric fence in between me and the cotton. 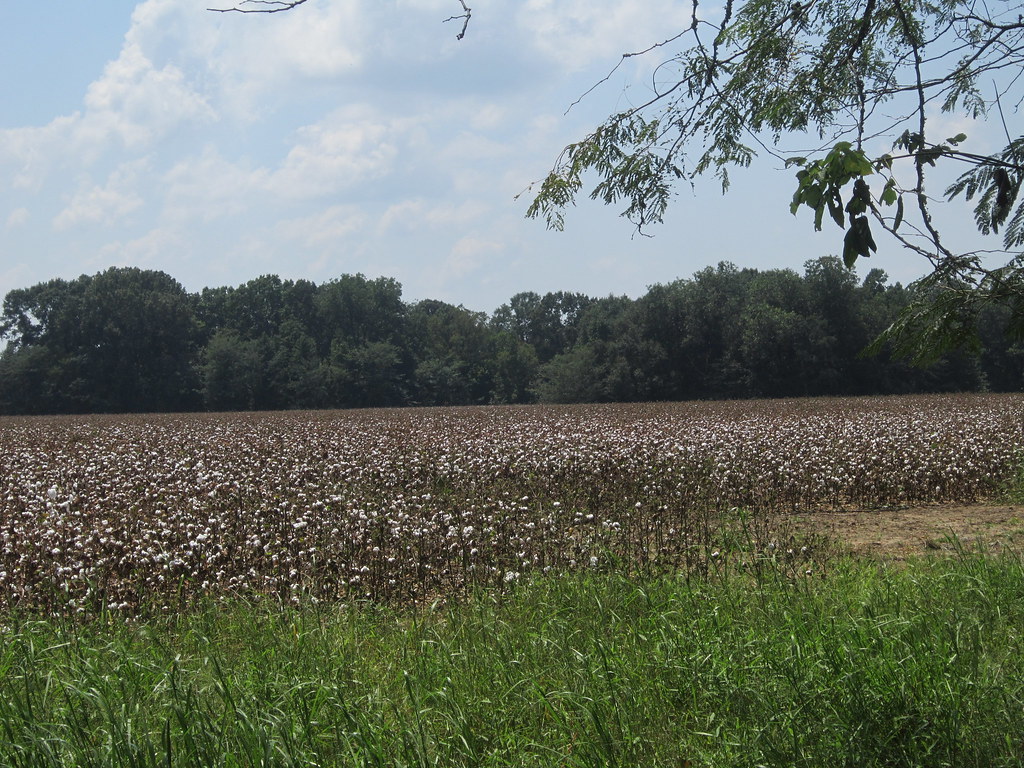 Being the law abiding ex police officer I am, I respected the fence. I thought I may see other fields later on. NOT!

As I was riding, I saw a little blip on my map off the road named Grand Gulf. It said it was a civil war park. So I decided to see what it was.

It was a nice road and the shade from the trees was a welcome relief from the 34 degree heat. 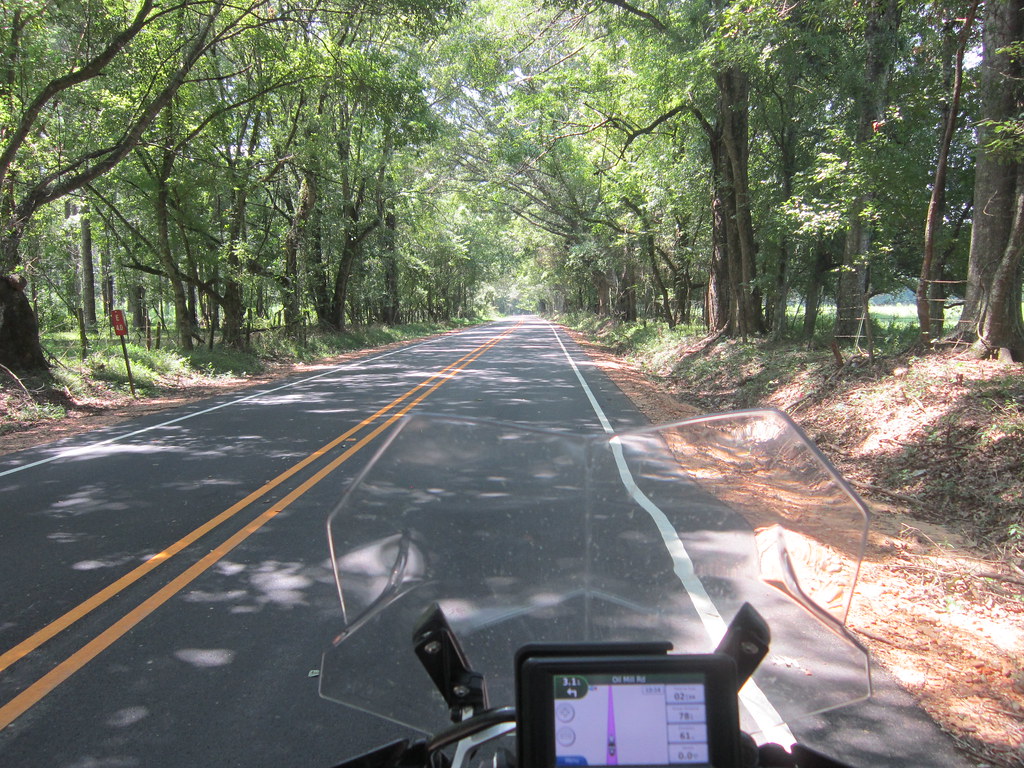 There was a civil war military museum there that cost money grrrr …. so I continued looking at all the free stuff and learning about the area from the signs. 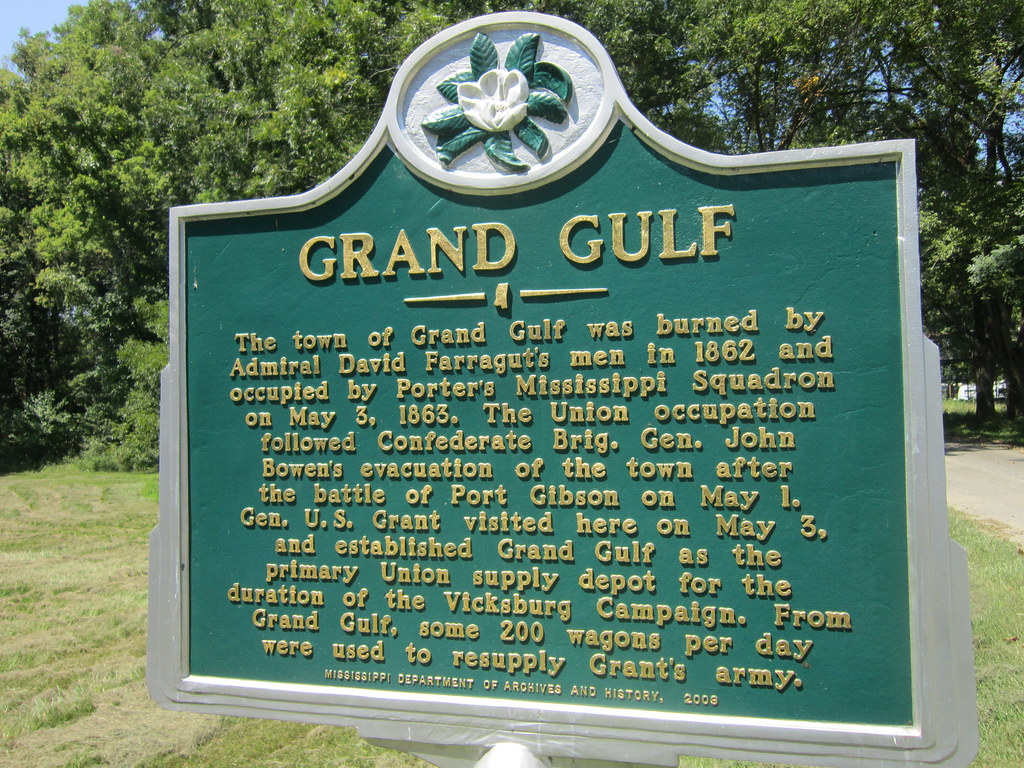 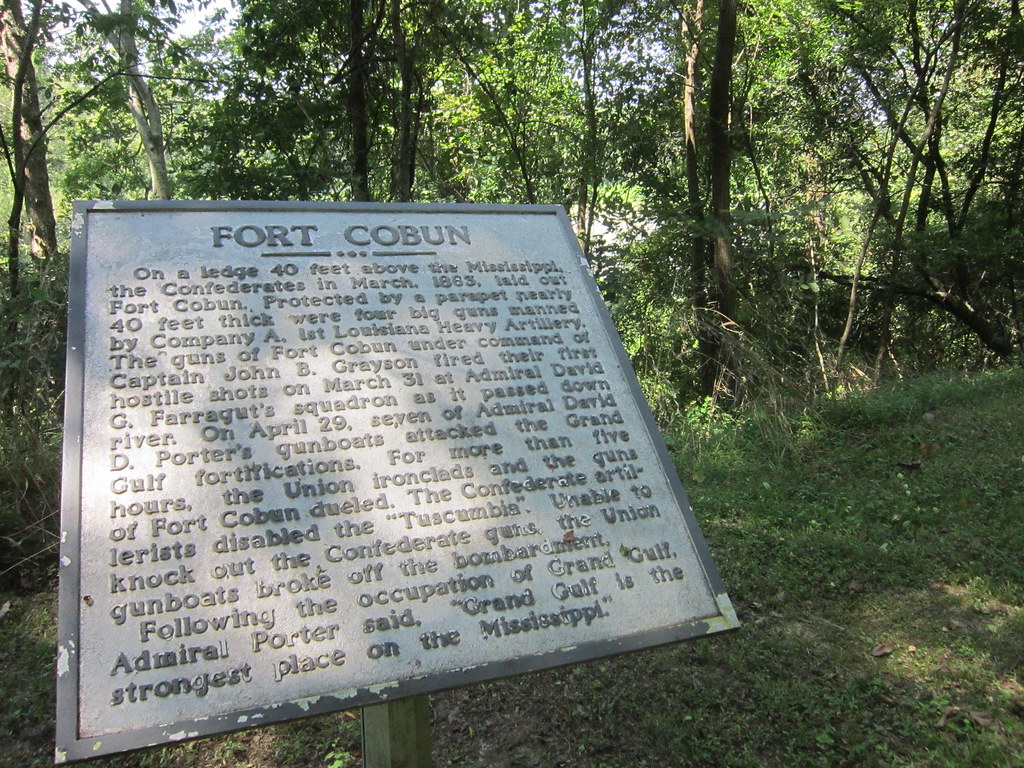 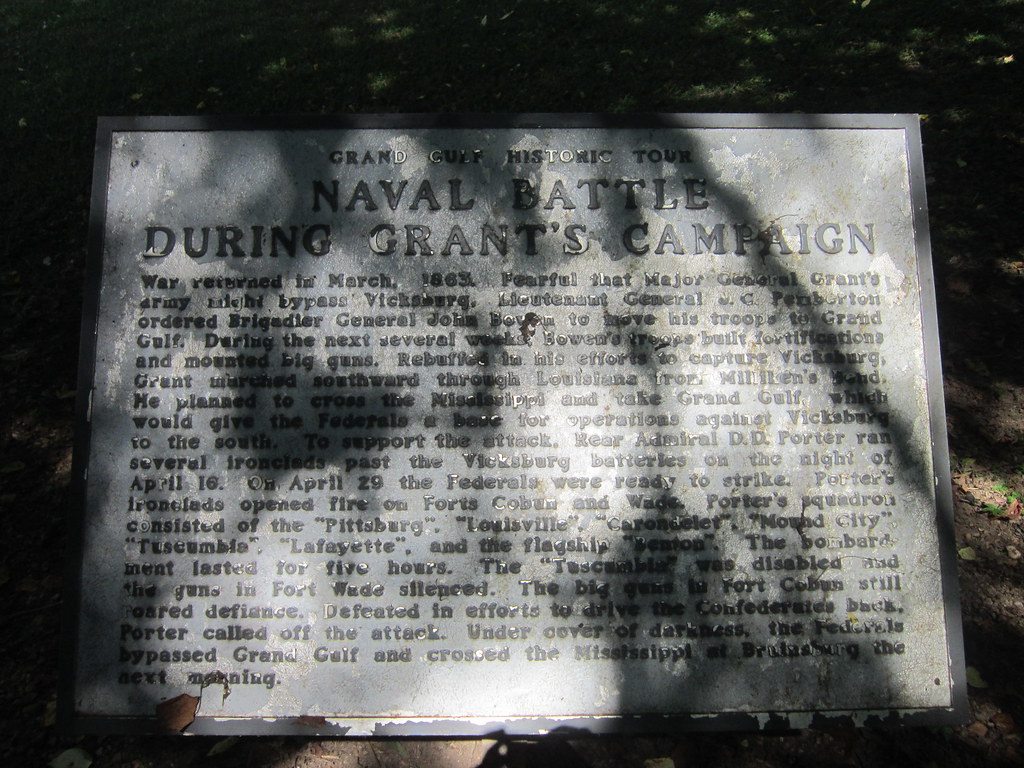 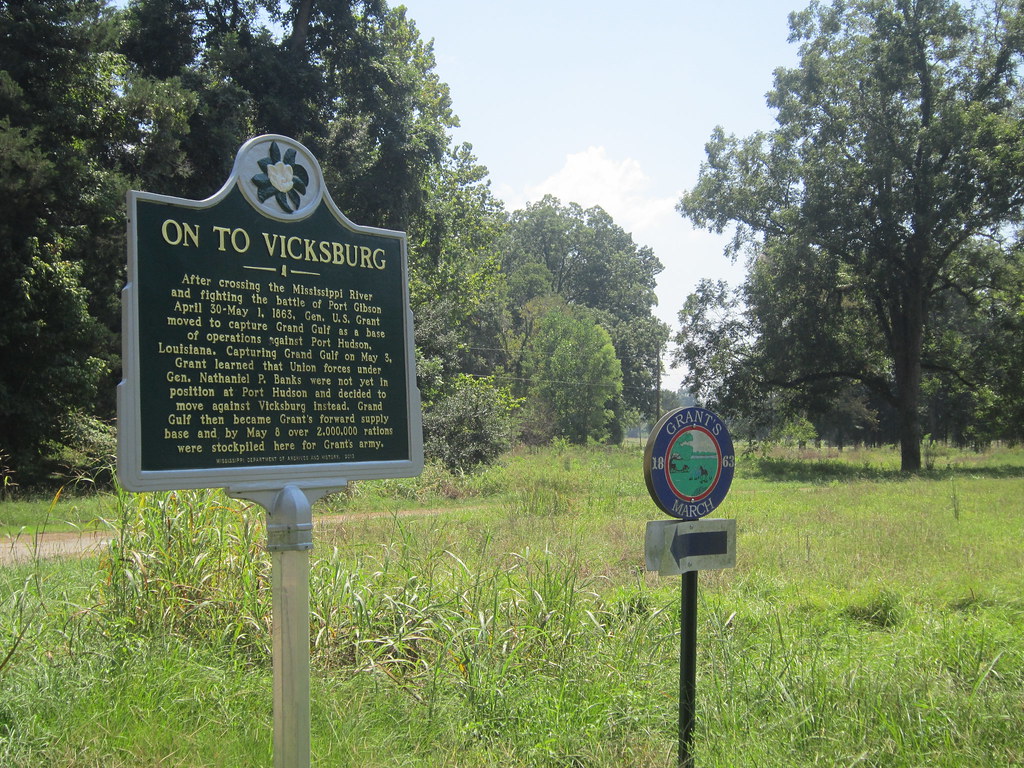 Remnants from the old civil war fort was still there, but barely visible. 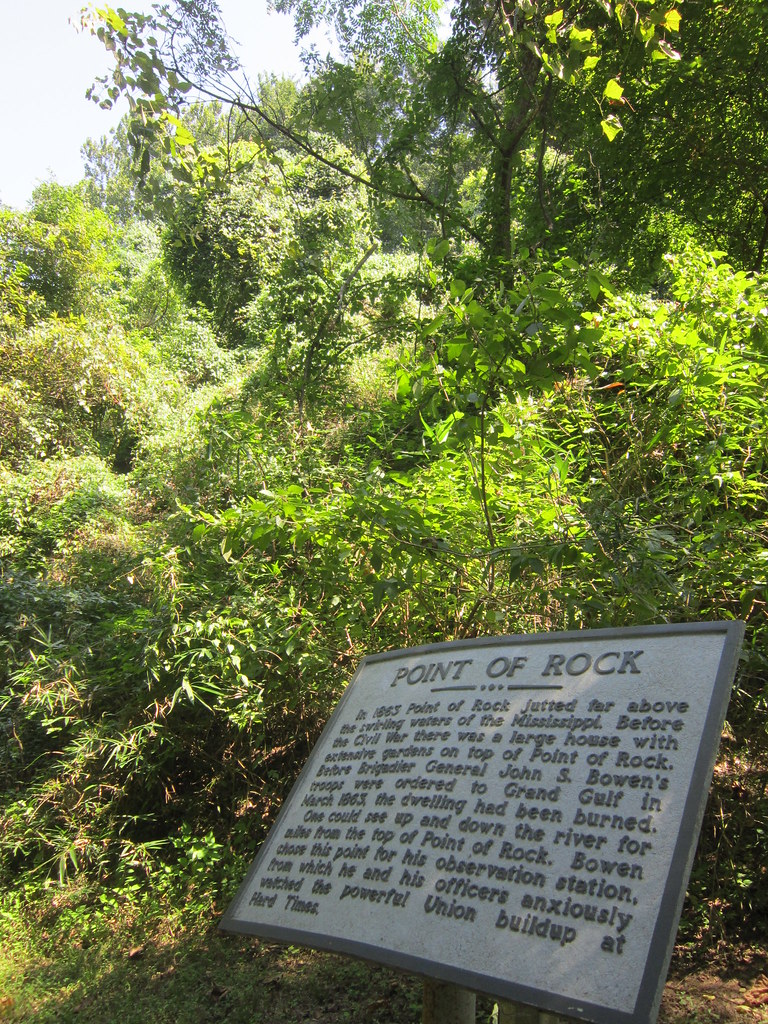 I though I would see more by climbing down the embankment. I later learned that since the war the river has changed. there is just a nice lake remaining. 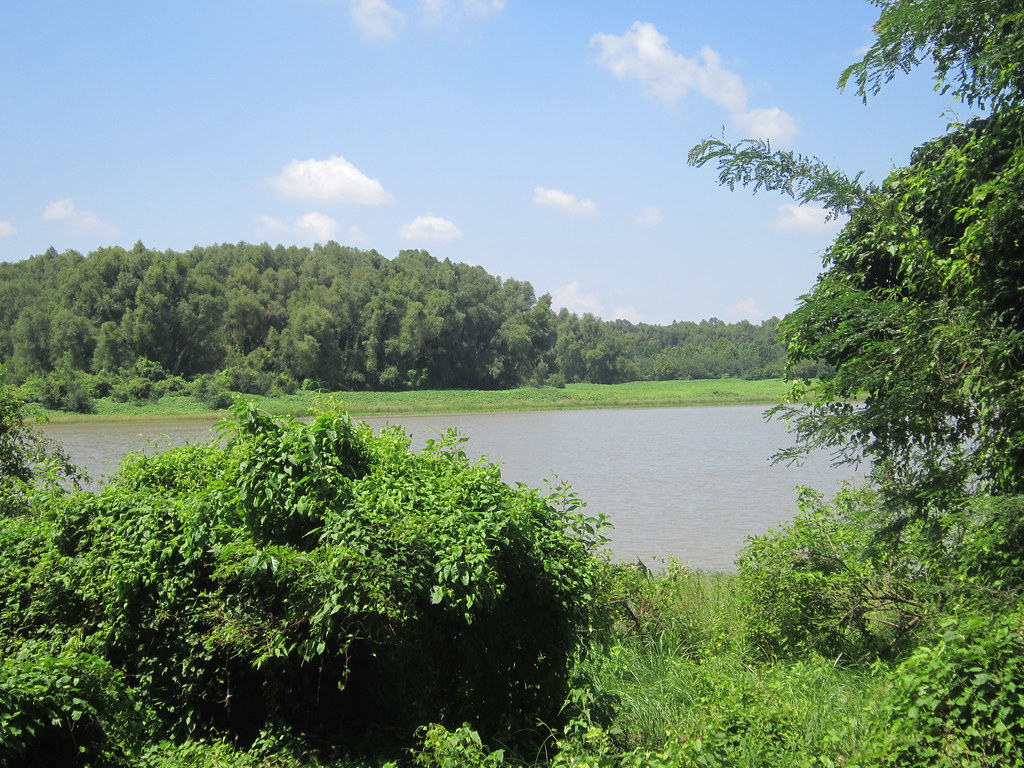 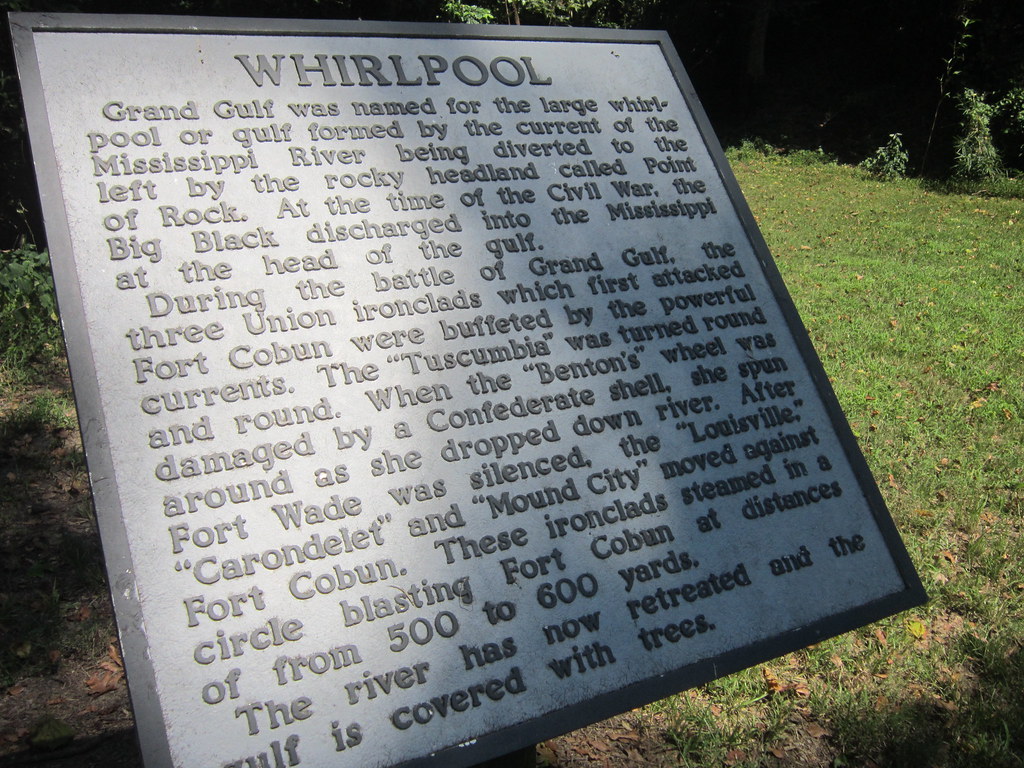 It was a nice detour. I’m glad I made it. On to Natchez.

I made it to my final destination for the night. Excellent Inn in Natchez. Inexpensive and really good value. And the front desk clerk who greeted me was sooooo nice. Little things like that mean a lot to a solo traveler. 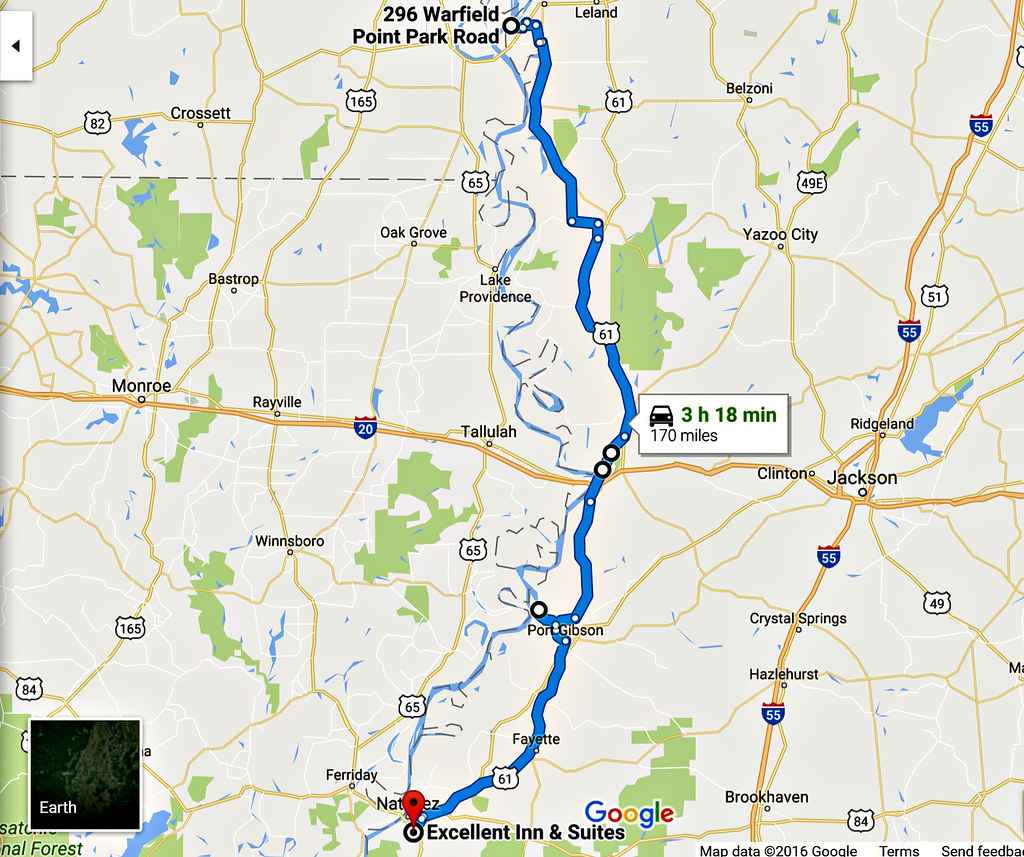