I left Whitecourt under partly cloudy skies. Of course Mr. Rain had to sprinkle a few drops on me to say Hi.

There are a couple of countrysides I think are so amazing. One is the Lancaster area of Pennsylvania. The other from Rocky Mountain House to Calgary. It consists of rolling hills of farms and ranches. I love the area. 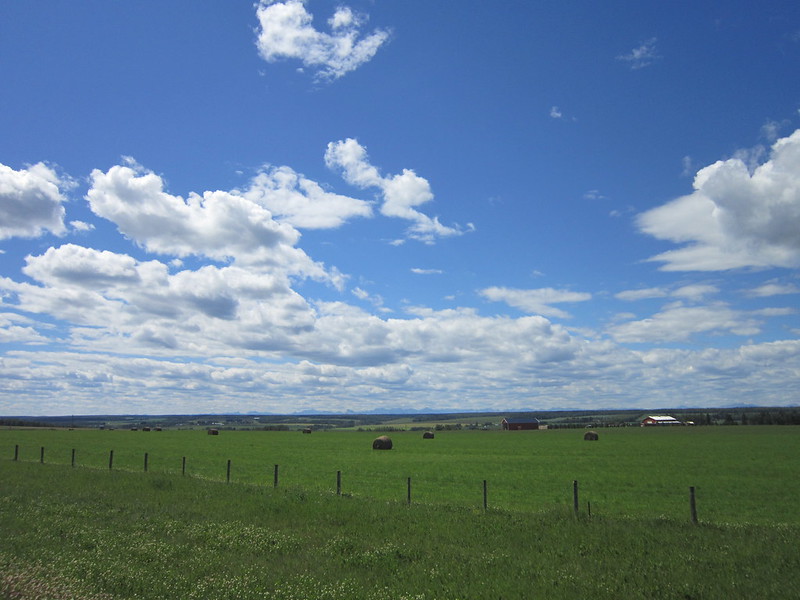 In Calgary I attempted to book a dorm at the University of Calgary. However, they were full. But they have a place called Hotel Alma. The hotel is sort of a combination hotel and dorm. My room consists of two rooms with a common washroom and kitchen area. They told me they would not put anyone in the other room. Brent and I had stayed in a similar configuration at the dorms at the University of Alaska. 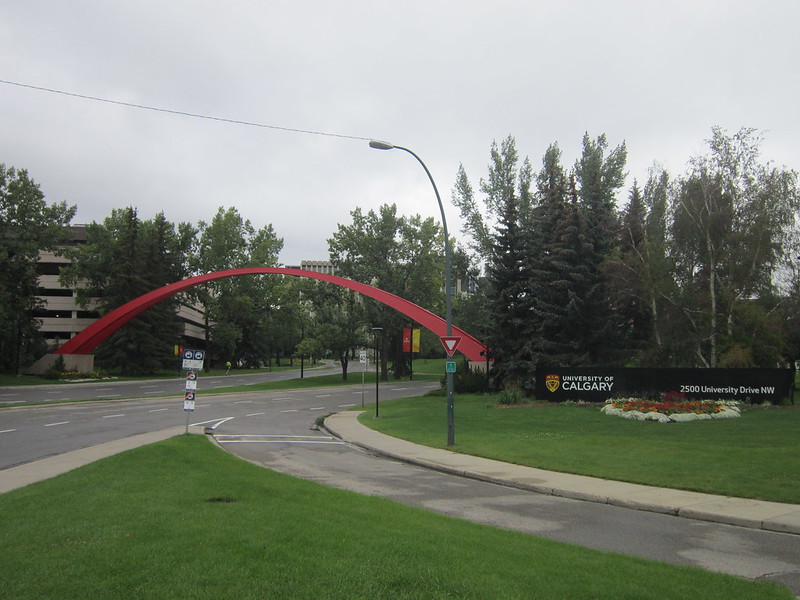 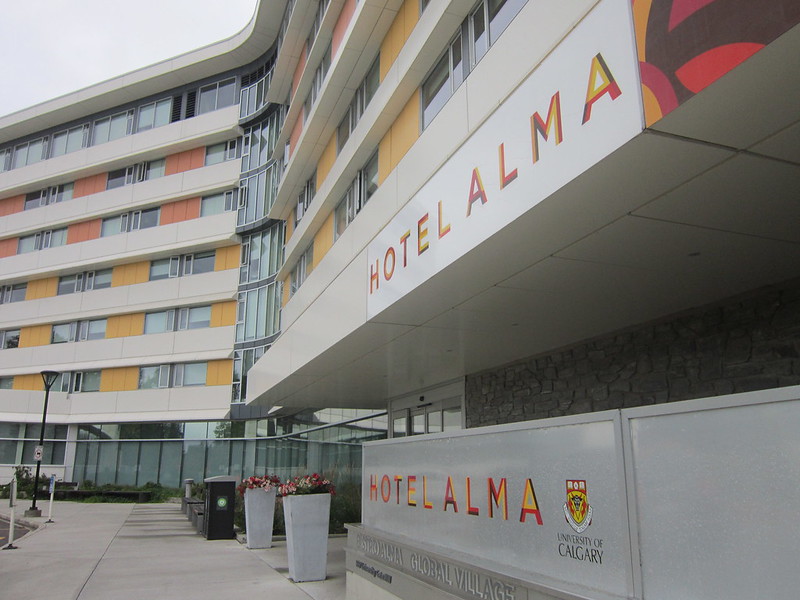 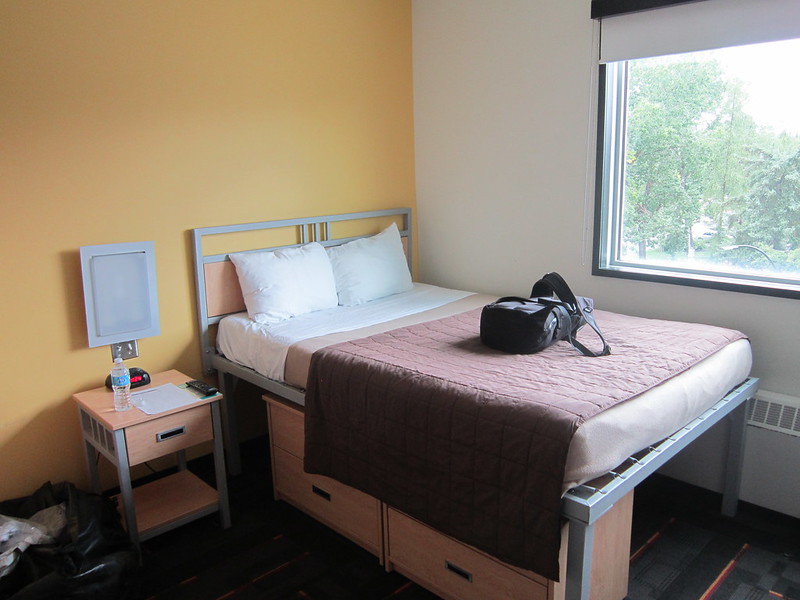 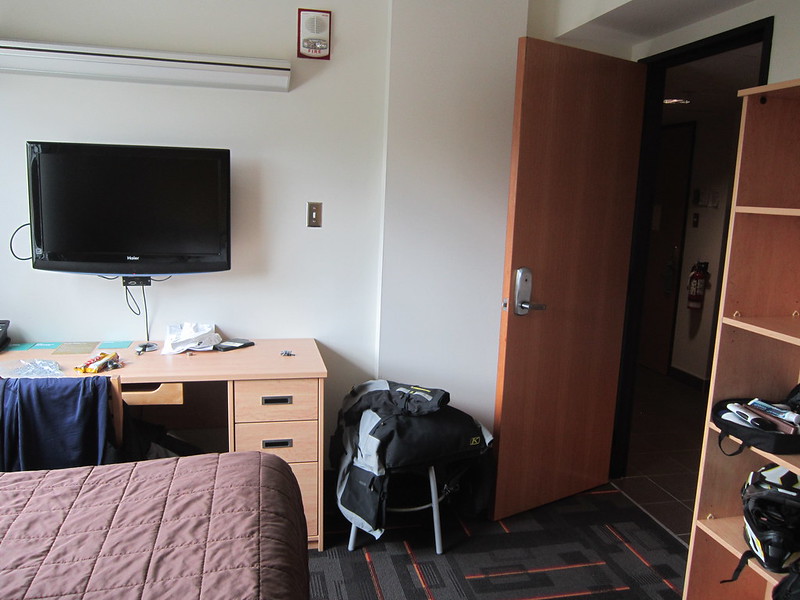 I highly recommend Hotel Alma for an inexpensive stay in Calgary. Bonus is that besides a TV and free WiFi, they have free North American phone calling. On the downside is that you have to pay $10 per day for parking.

After I settle in to the hotel room I decided to look for a place to eat. The only cheap place I could see was the Dairy Queen by McMahon Stadium, and close to the University. They had a “special” of 2 cheeseburgers for $4.75. That’s what I ordered.

After I ate them I got an ice cream cone and left to walk back to the hotel. Within minutes I felt sick. Minutes later I felt like throwing up. I managed to stumble my way back to my room. For the next three hours I was throwing up hamburger. Finally I seemed to bring it all up. Exhausted and weak, I fell asleep on the bed. 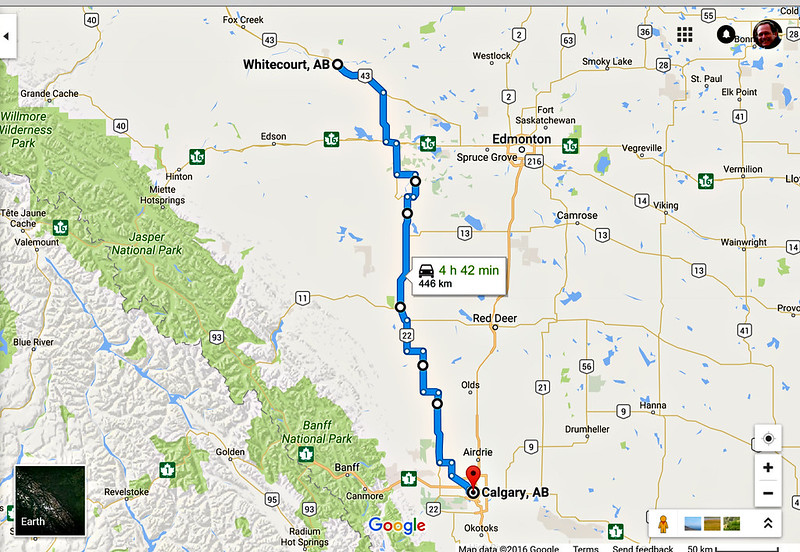