Now, I am an early riser. But Brent is really an earlier riser. I turned over in bed and the clock said 5:13 am. Time to get up.

We were out the door and on the road early. It was an unbelievable day – warm with blue skies. We were off to the Arctic Circle and Wiseman for the night.

Gasoline is an issue going to Prudhoe Bay. We intended to get gas at Livengood. When we reached the town it said no services. What to do now?

We kept going and reached the start of the infamous Dalton Highway! 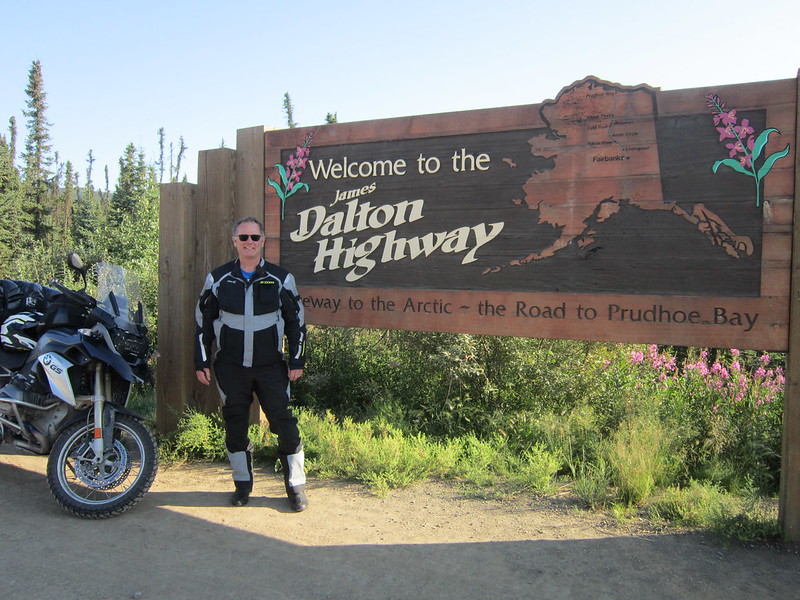 Besides taking some photos we needed to figure out what to do about gas. We decided to press on to Yukon River. When I drove up to the town/building the sign said food but didn’t mention gas. As I drove by, all I saw was a white tank and no gas pumps. At the next stop, about 3 miles up the road, we stopped and the woman at the gift shop said there was gas at Yukon River. Back we went. Sure enough there was a pump there. 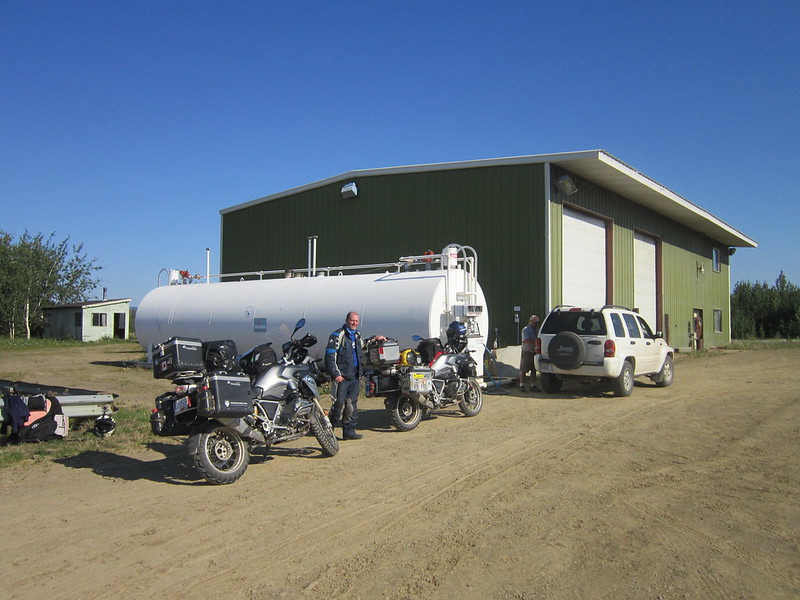 The next stop for gasoline was Coldfoot. This is also the last chance for gasoline before Deadhorse. The gas has to last for 229 miles. Both Brent and I are carrying an extra gallon of gas.

Before the Arctic Circle we saw the first tundra. How cool. 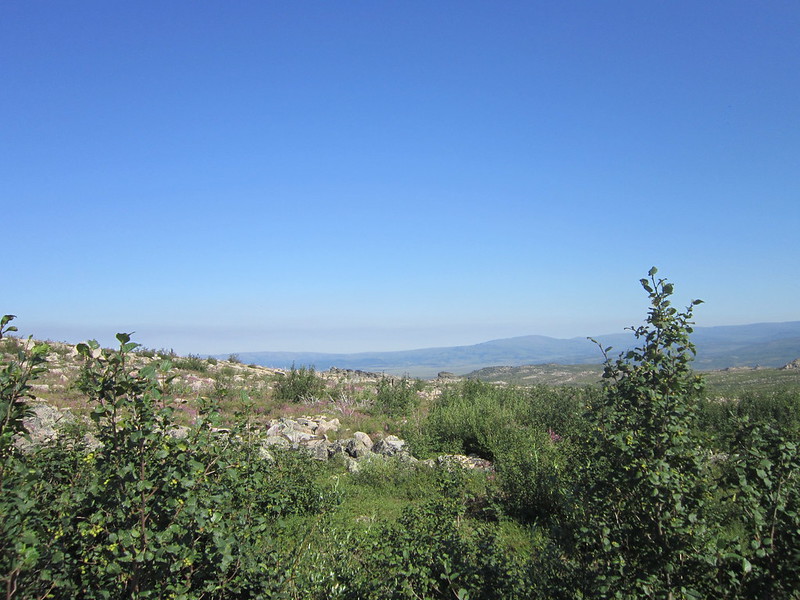 Just up the road was the Arctic Circle.

This was amazing. I have read about people reaching the circle and posing in from of the sign. I have dreamt that one day it would be me and now it is. Really surreal. I motorcycled to the Arctic Circle! 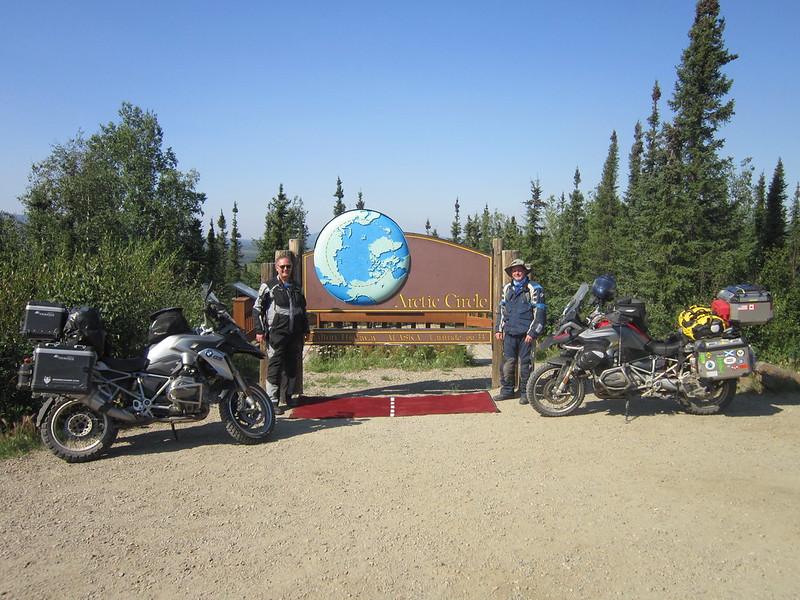 After pinching myself, Brent and I took off for Coldfoot to get our last gas before reaching Deadhorse and the Arctic Ocean.Great scenery along the way. 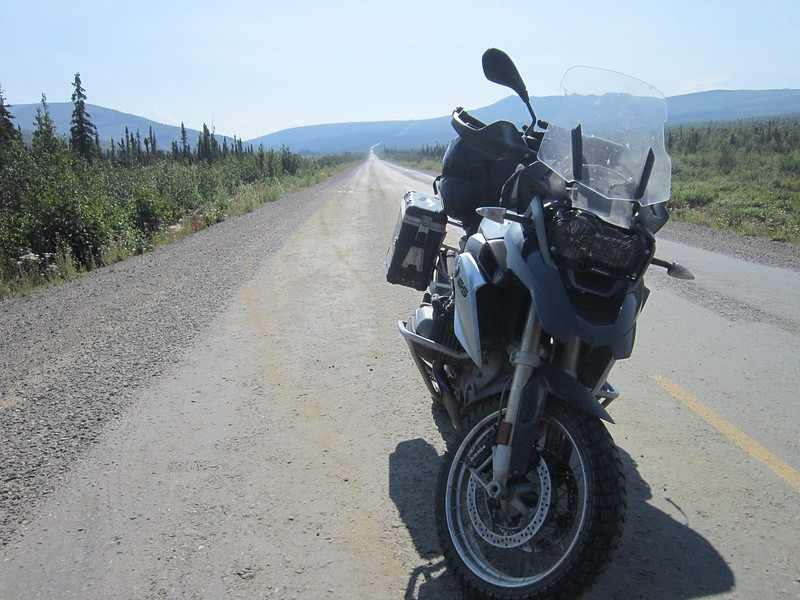 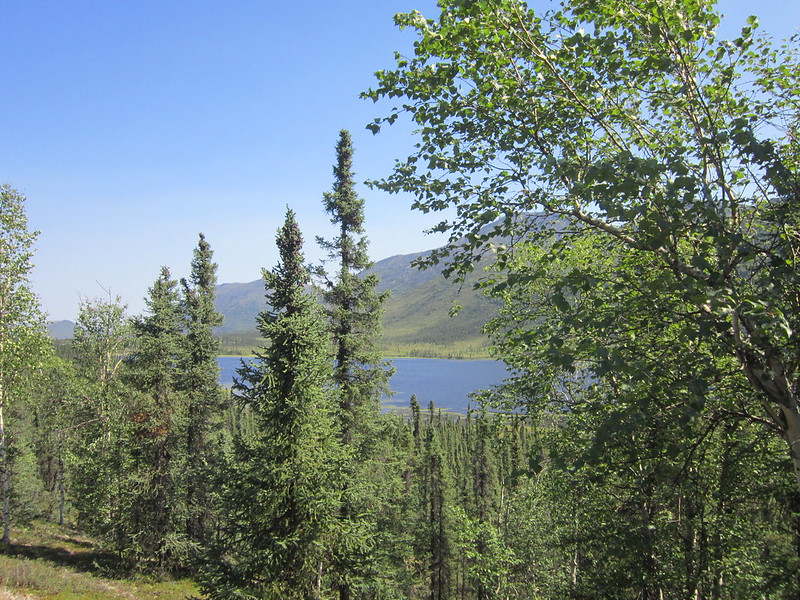 We decided to have a bite to eat in Coldfoot before heading to Wiseman just a few miles up the road. There and met a guy who just came down from Deadhorse. He warned about the road before Deadhorse that was under construction. He said the road consisted of huge rocks. It was there that Enrique crashed his bike. That will be the challenge tomorrow. Right now, however, it was time to get to Wiseman and the Borreal Lodge for the night.

Wiseman is an odd little town next to a beautiful river. The Boreal Lodge? Rustic and hot. No air conditioning in the Arctic. Go figure 🙂 Took me awhile to get to sleep. And of course it is light 24 hours a day. 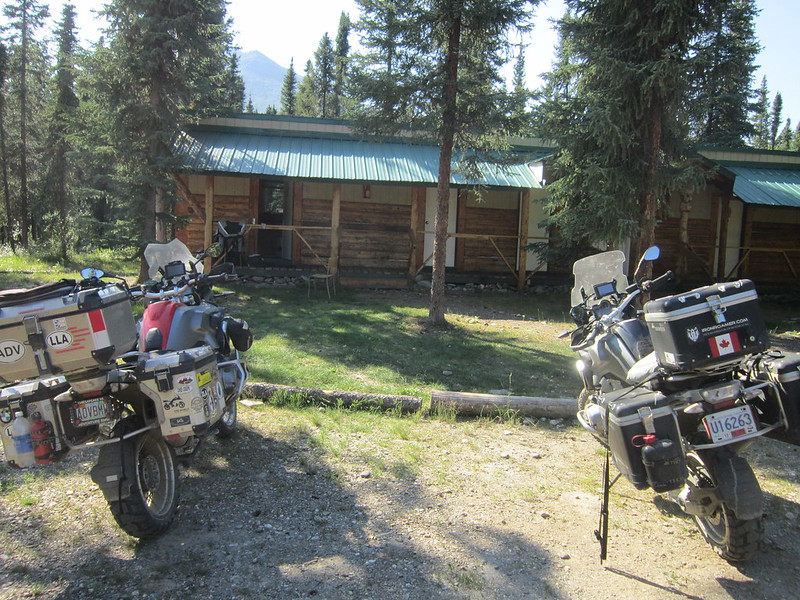 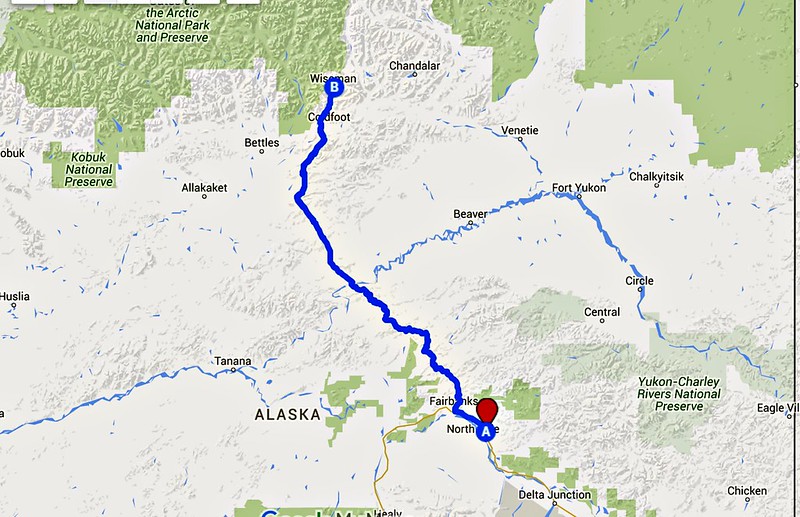