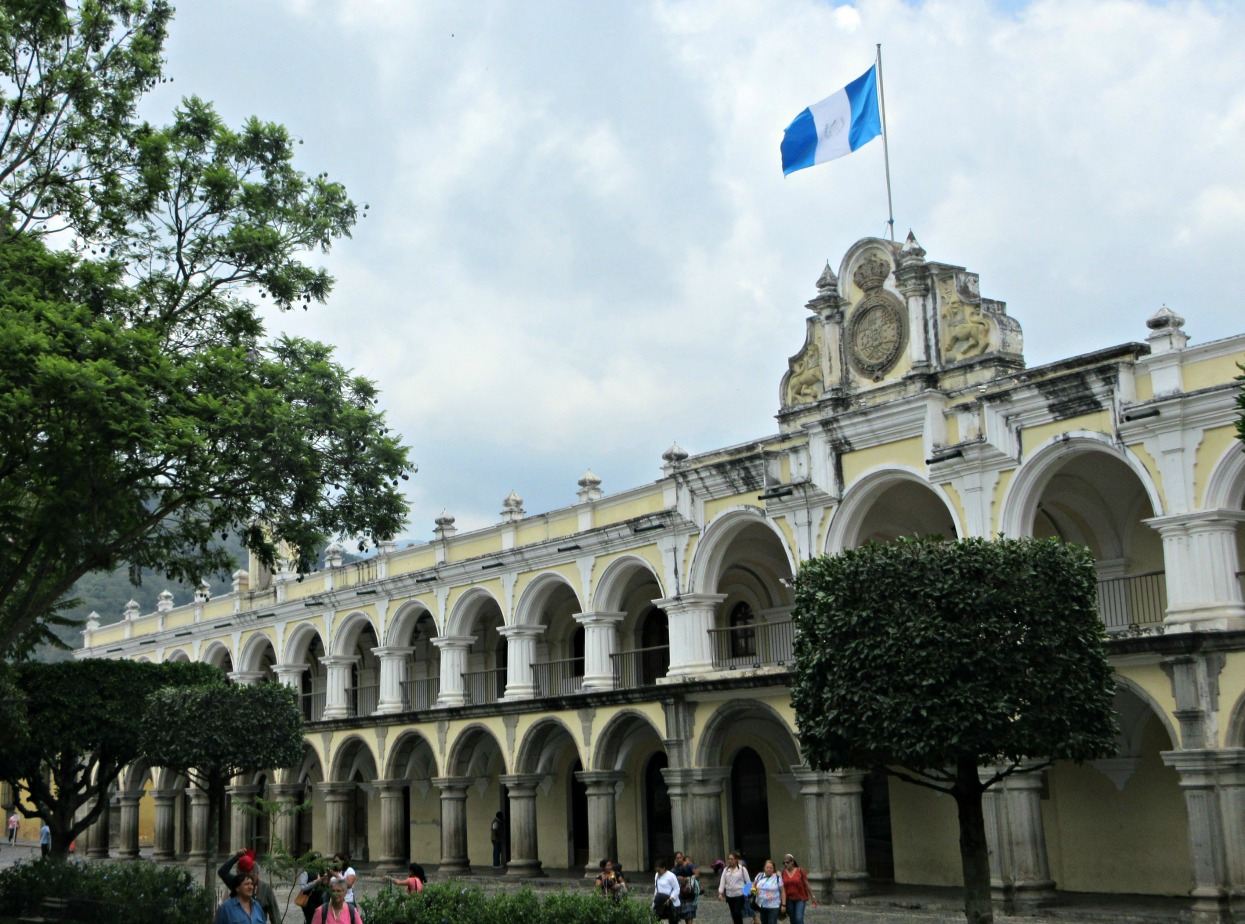 Antigua was one of those places I was really looking forward to as it is a UNESCO World Heritage Site.

Built 1,530.17 m above sea level in an earthquake-prone region, Antigua Guatemala, the capital of the Captaincy-General of Guatemala, was founded in 1524 as Santiago de Guatemala. It was subsequently destroyed by fire caused by an uprising of the indigenous population, re-established in 1527 and entirely buried as a result of earthquakes and an avalanche in 1541. The third location, in the Valley of Panchoy or Pacán, was inaugurated in March 1543 and served for 230 years. It survived natural disasters of floods, volcanic eruptions and other serious tremors until 1773 when the Santa Marta earthquakes destroyed much of the town. At this point, authorities ordered the relocation of the capital to a safer location region, which became Guatemala City, the county’s modern capital. Some residents stayed behind in the original town, however, which became referred to as “La Antigua Guatemala”.

Antigua Guatemala was the cultural, economic, religious, political and educational centre for the entire region until the capital was moved. In the space of under three centuries the city acquired a number of superb monuments.

The pattern of straight lines established by the grid of north-south and east-west streets and inspired by the Italian Renaissance, is one of the best examples in Latin American town planning and all that remains of the 16th-century city. Most of the surviving civil, religious, and civic buildings date from the 17th and 18th centuries and constitute magnificent examples of colonial architecture in the Americas. These buildings reflect a regional stylistic variation known as Barroco antigueño. Distinctive characteristics of this architectural style include the use of decorative stucco for interior and exterior ornamentation, main facades with a central window niche and often a deeply-carved tympanum, massive buildings, and low bell towers designed to withstand the region’s frequent earthquakes. Among the many significant historical buildings, the Palace of the Captains General, the Casa de la Moneda, the Cathedral, the Universidad de San Carlos, Las Capuchinas, La Merced, Santa Clara, among others, are worth noting.

The city lay mostly abandoned for almost a century until the mid-1800s when increased agricultural production, particularly coffee and grain, brought new investment to the region. The original urban core is small, measuring approximately 775 metres from north to south and 635 metres east to west, covering 49.57 hectares.

The center of historic Antigua is Central Park. I spent a lot of time just sitting in the park watching people. 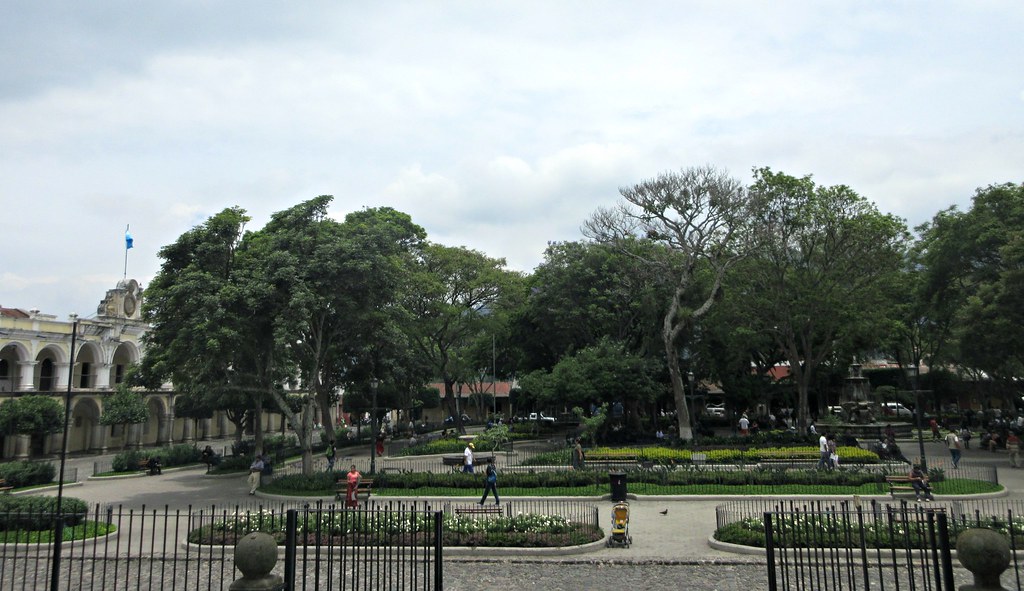 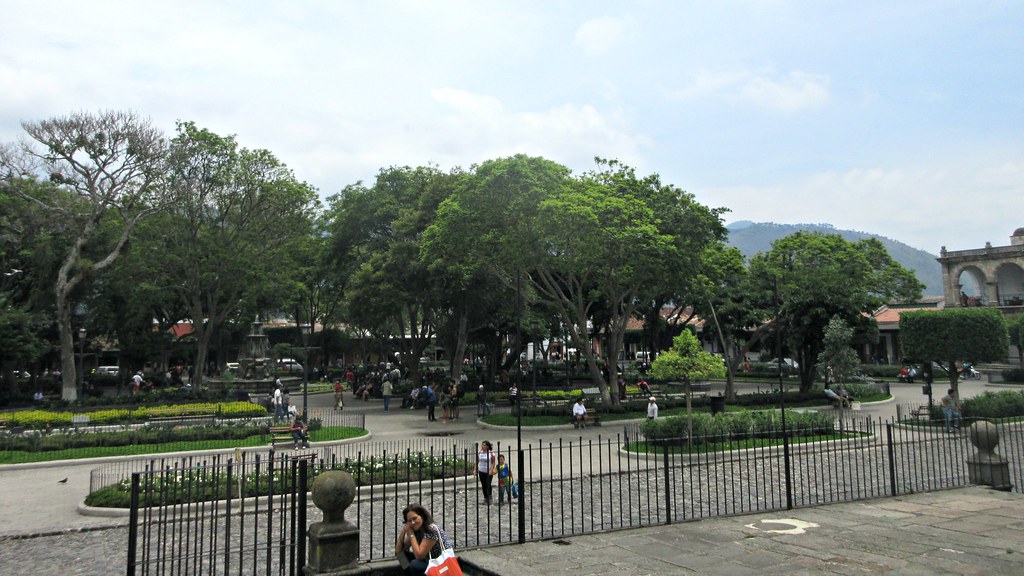 It was only 4 blocks from my hotel, Hotel San Jorge. 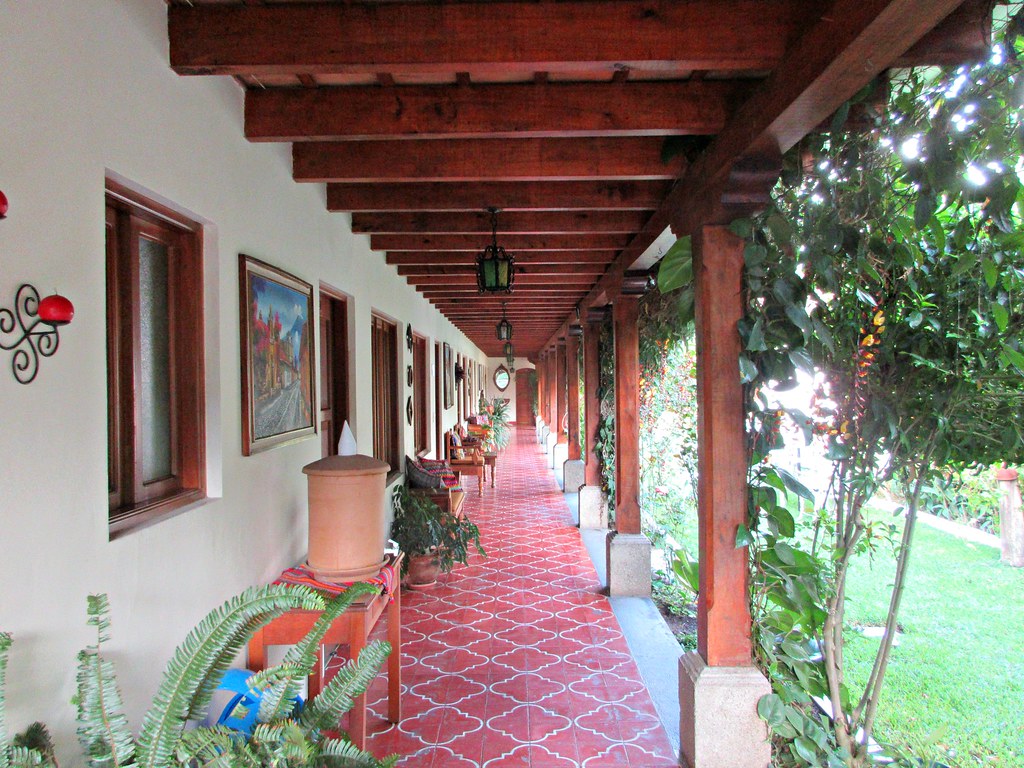 The first thing I noticed as I wandered around the park and adjacent streets was that there was a lot of English being spoken! The place was filled with tourists. And this was even the slow period for tourists.

The other thing I noticed was a lot of western food chains: Wendy’s, McDonalds, Taco Bell, Dunkin Donuts, Domino’s, Papa Johns, and Burger King. No Starbucks though 🙁 ha ha. However, all these were discreetly situated and displayed within the town. No gaudy signs.

Where ever you walk in Antigua, the predominant feature is the volcano, Volcán de Agua. 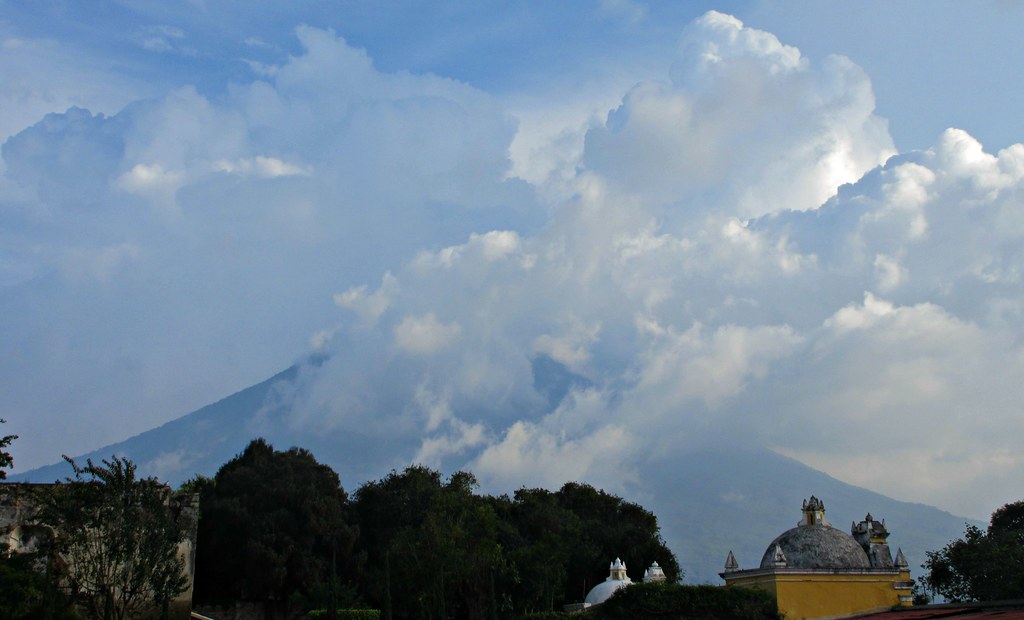 Of course when I was there is was mostly covered by cloud.

One of the two main structures bordering Central Park is Palacio de los Capitanes Generales. It serves as the headquarters of the Guatemala Institute of Tourism, the Antigua Tourism Association, National Police and the Sacatepquez Department government. Also …. during the afternoon rain the roof over the arches provides shelter for those in the park. And in the night the same roof provides shelter for the homeless. 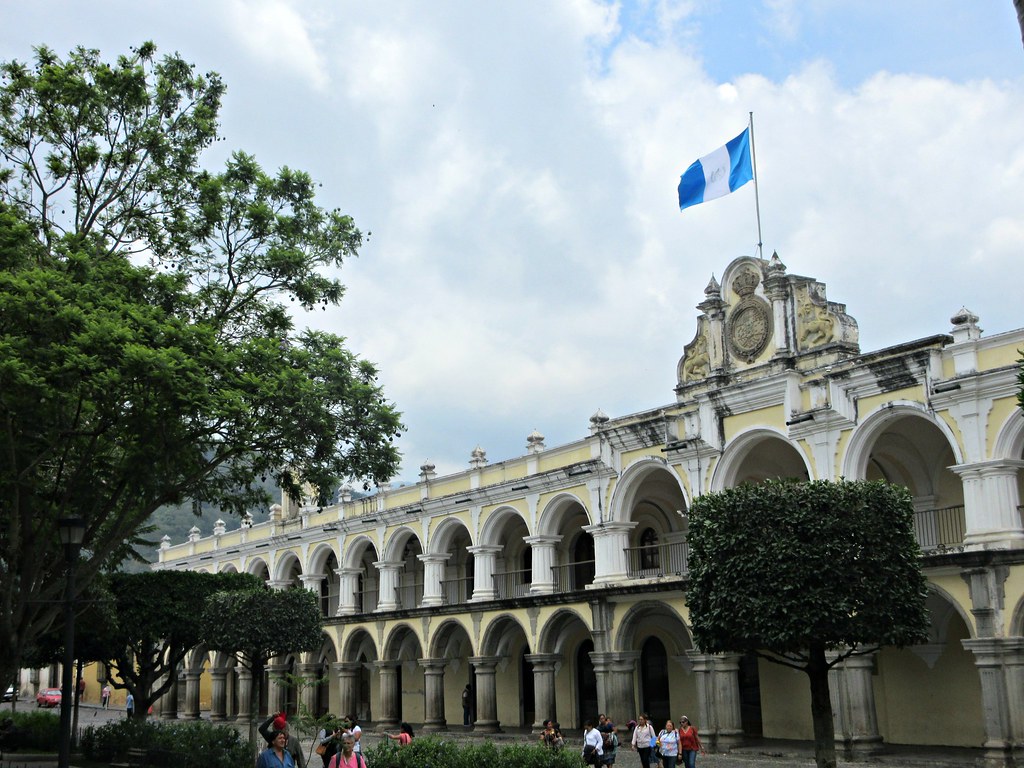 The other major structure bordering Central Park is the Antigua Guatemala Cathedral. 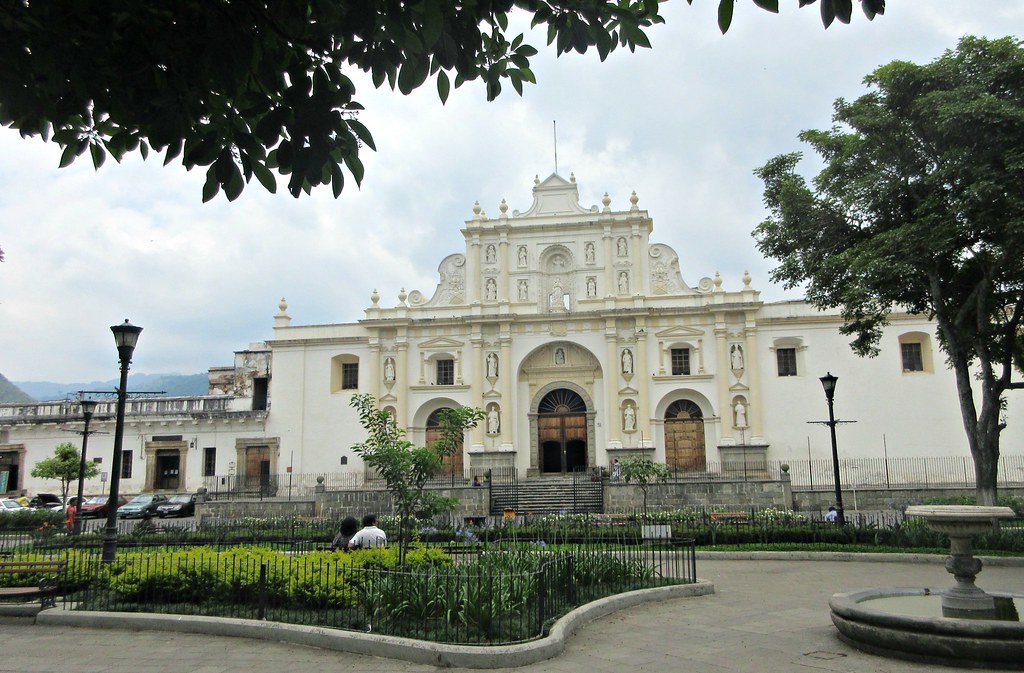 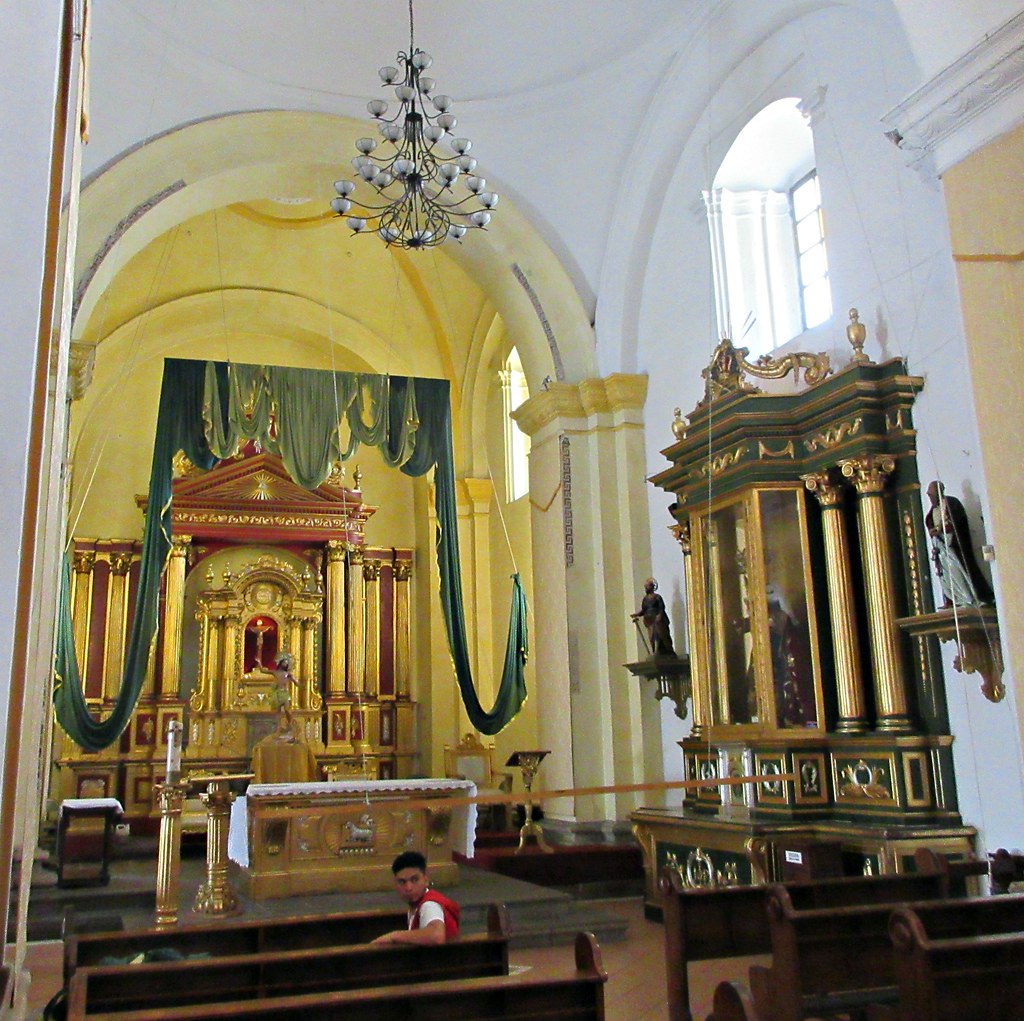 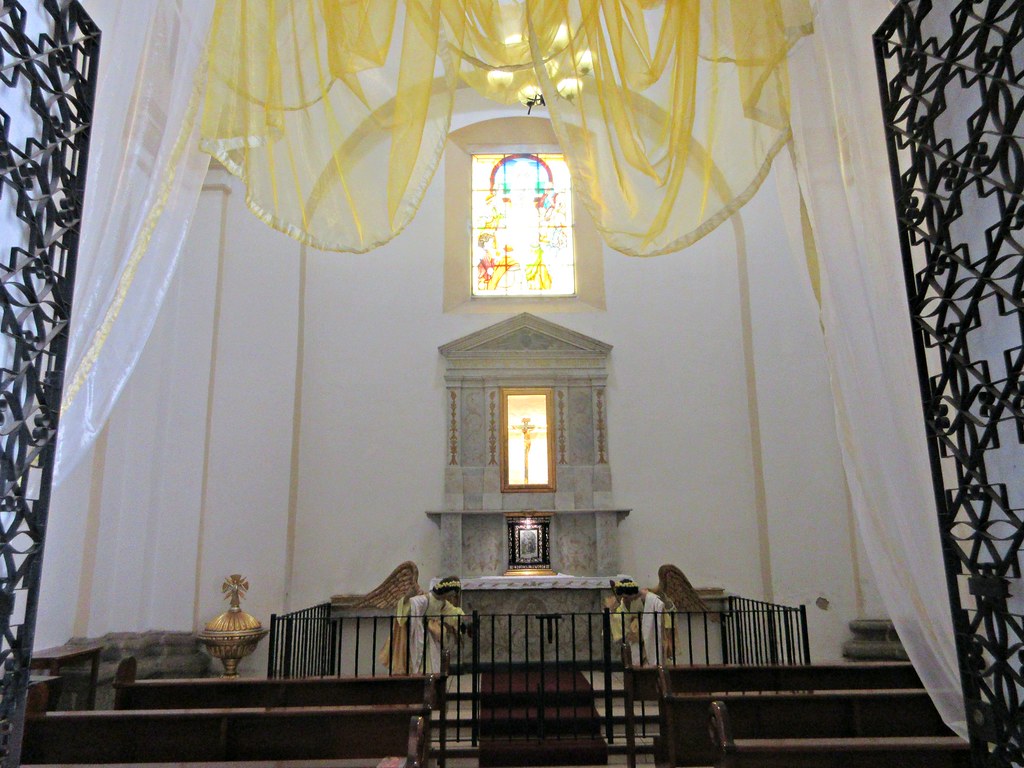 According to Wikipedia, the original church was built around 1541, but suffered several earthquakes throughout its history, and the first church building was demolished in 1669. The cathedral was rebuilt and consecrated in 1680. By 1743 the cathedral was one of the largest in Central America. However, the devastating 1773 Guatemala earthquake seriously damaged much of the building, though the two towers at the front remained largely intact. These have undergone restoration work, and the cathedral has been partly rebuilt.

I spent some time wandering to other parts of the town as well. Above the low buildings I could see various churches. So I went to see them. One of them was Santuario Arquidiocesano del Santo Hermano Pedro, Templo de San Francisco el Grande. It seemed to be a hub for church goers, weddings, school etc. 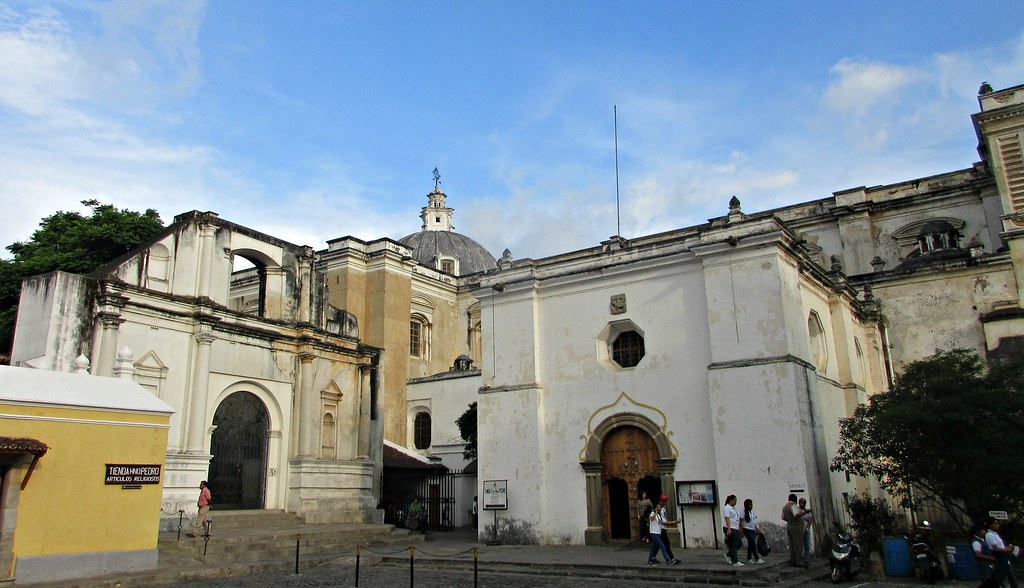 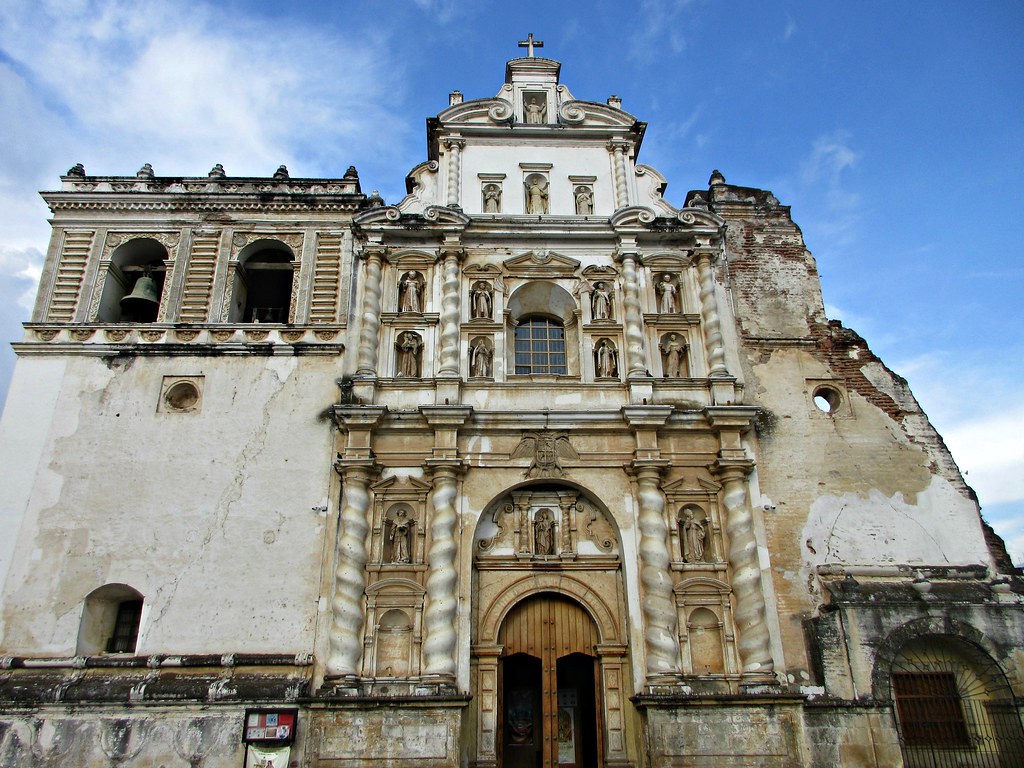 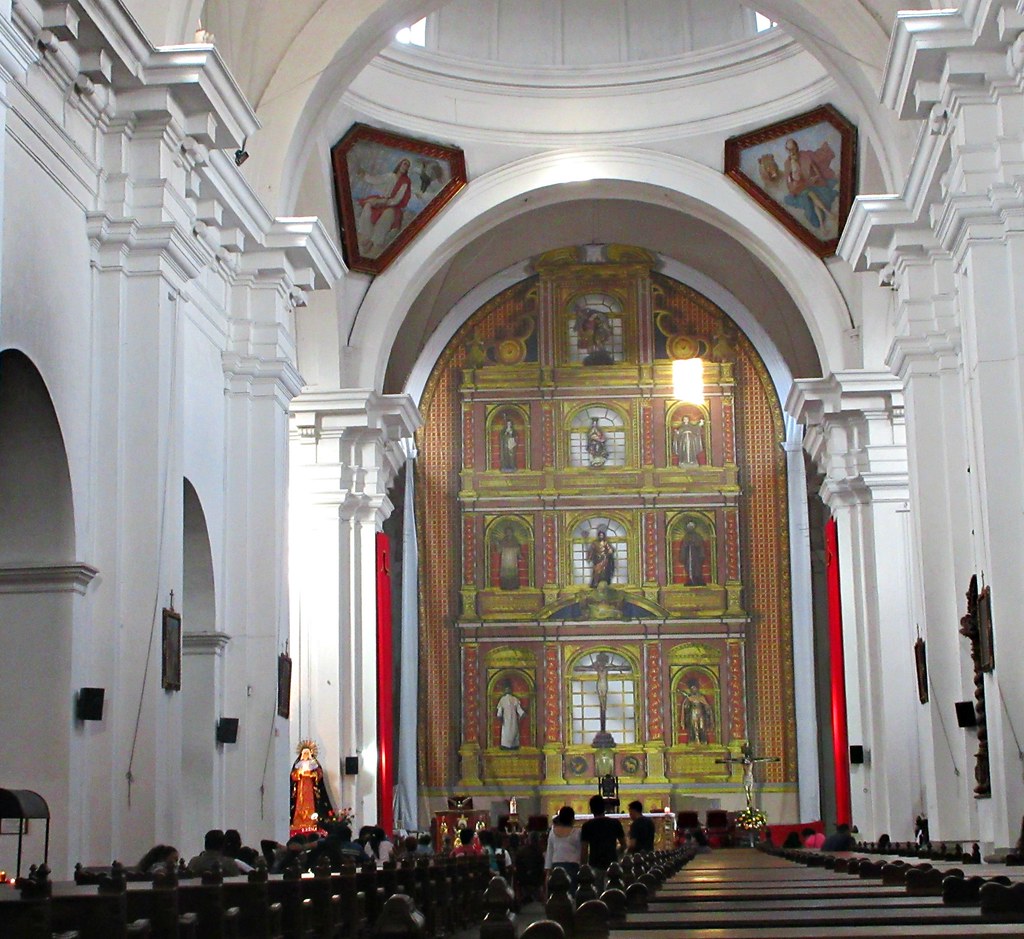 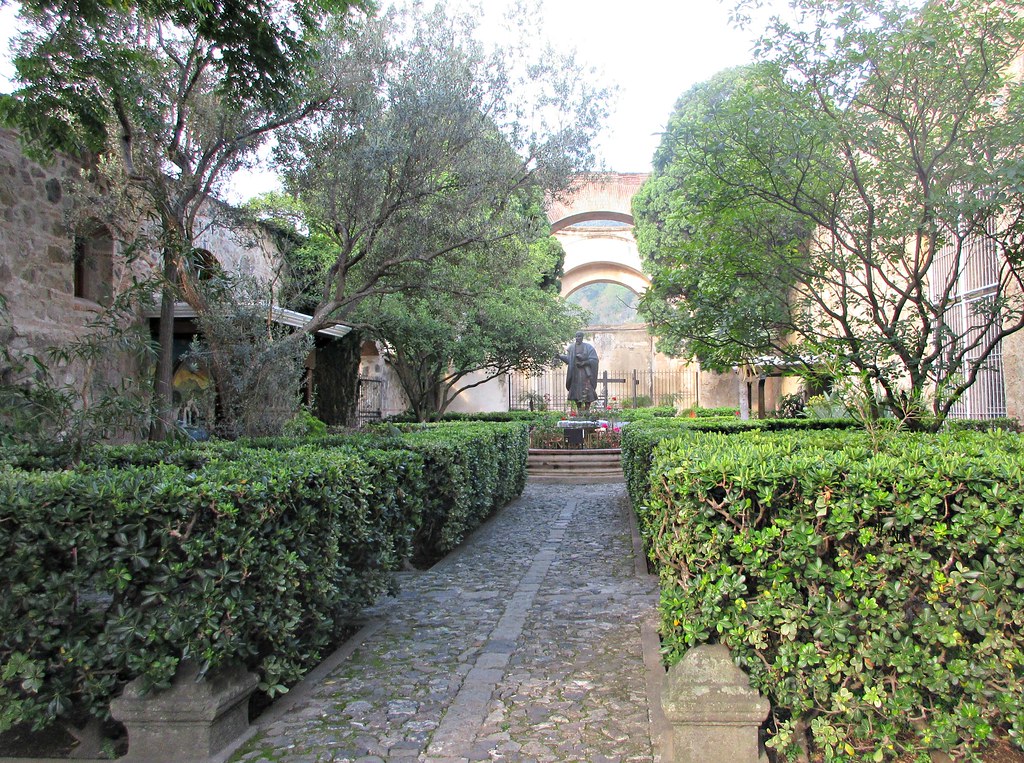 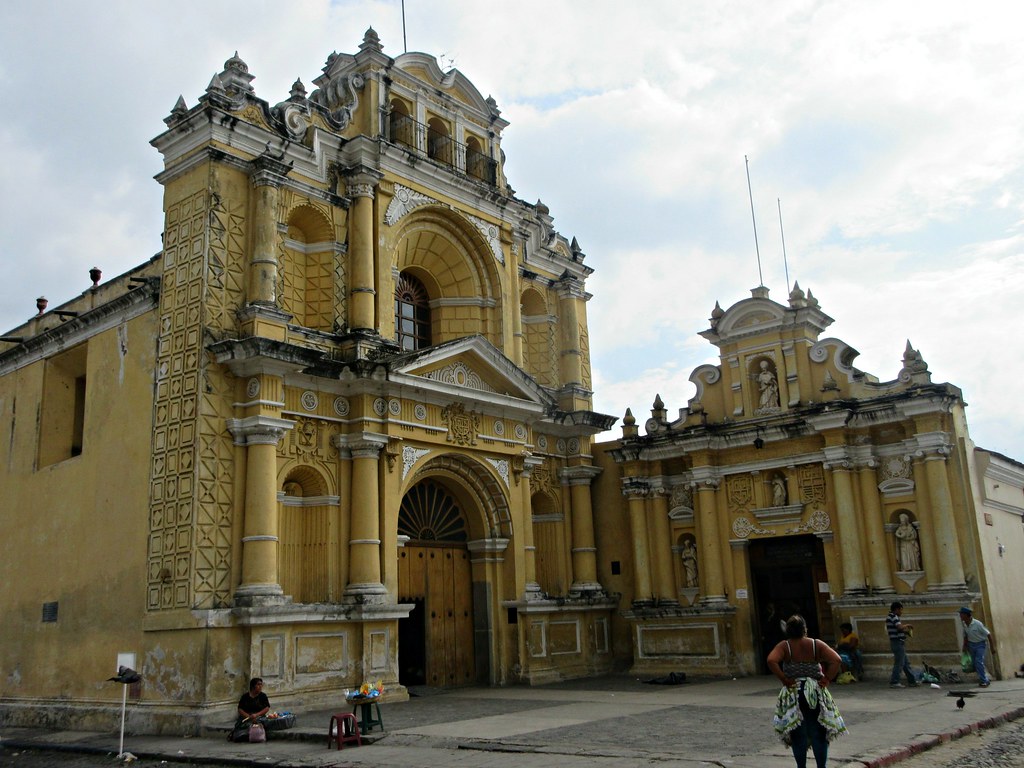 My Time in Antigua 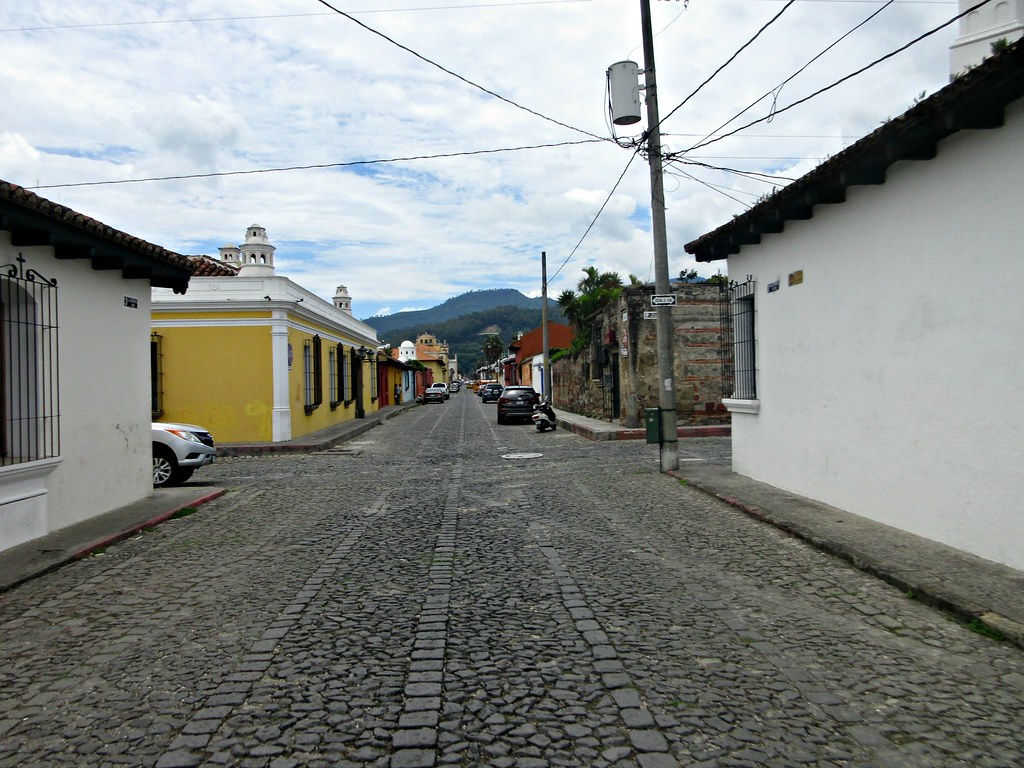 You know I really didn’t do much while I was in Antigua. Went for my coffee in the morning, sat in the park, walked around, and sat at the hotel. It was nice though.

Anyways, I decided to change things up a bit by riding out to Lake Atitlan to meet Brad, who I had met in Oaxaca, for a ride around the lake. That turned out to be a day I will never forget … for all the wrong reasons … I guess for some good reasons too … NEXT POST! 🙂 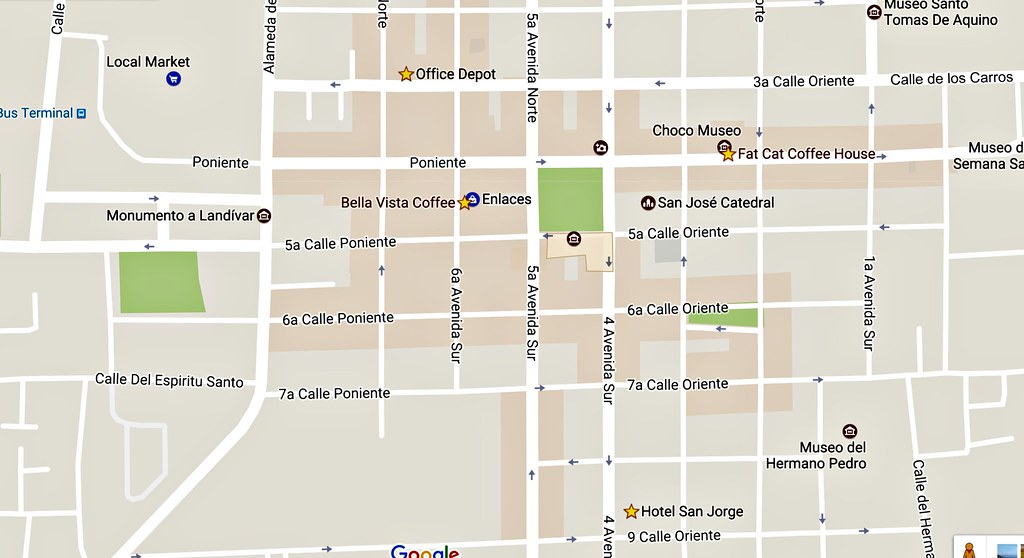