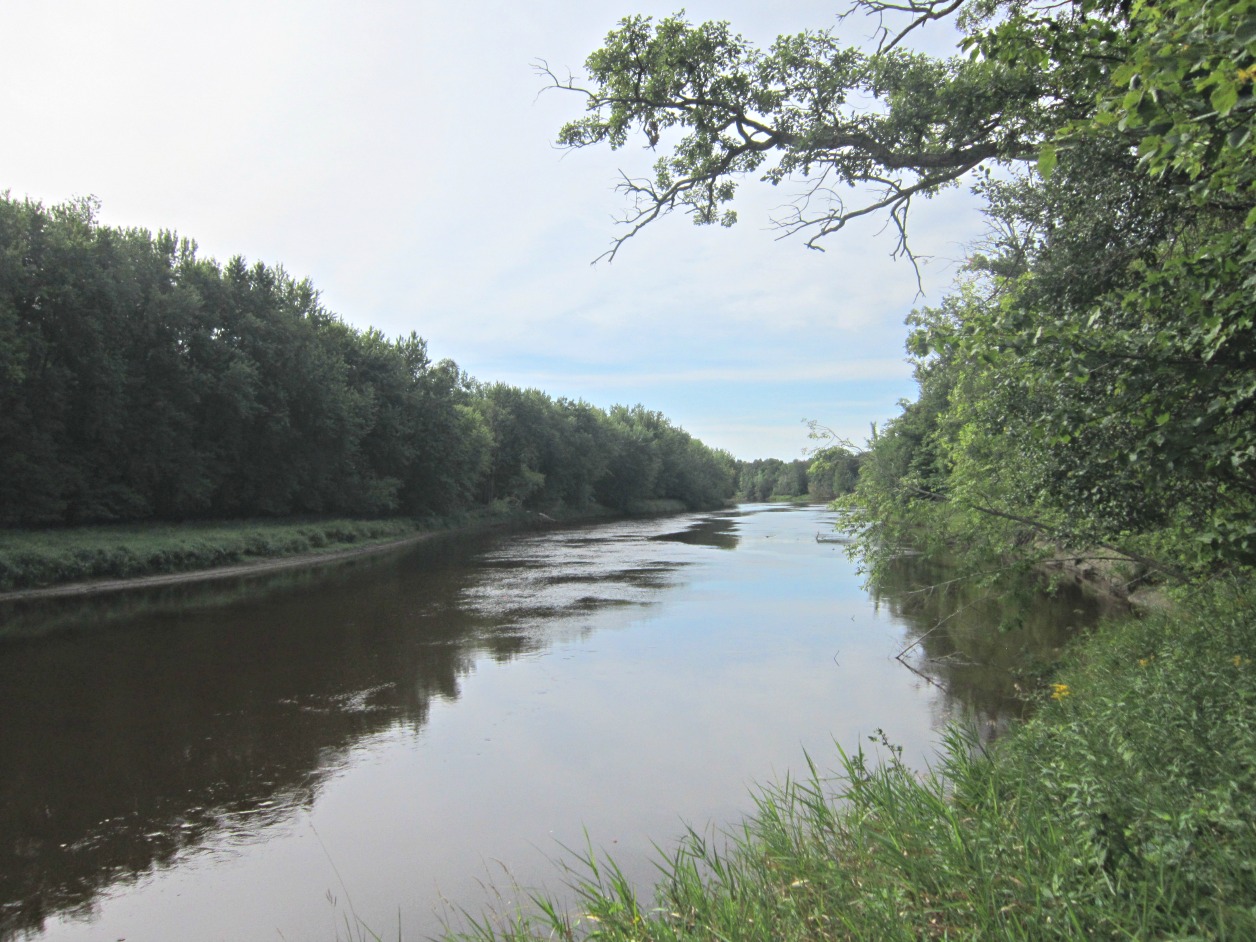 The KOA campground at Bemidji was quite good. My campsite was big with lots of grass. My only neighbour was an older woman living out of her car. The I was hesitant to leave. But the forecast for the next day was rain. Today was suppose to be good and I wanted to get out ahead of the bad weather.

I spend a lot of time looking at the weather forecasts. Being on a motorcycle and camping, the weather plays a big part in the planning.

It was nice to pack up in the warmth and when everything was dry. I was out of the campground by 7 am. The Great River Road heading south was well marked and really nice.

I was amazed how the Mississippi River gets big so fast. A lot of rivers drain into it. 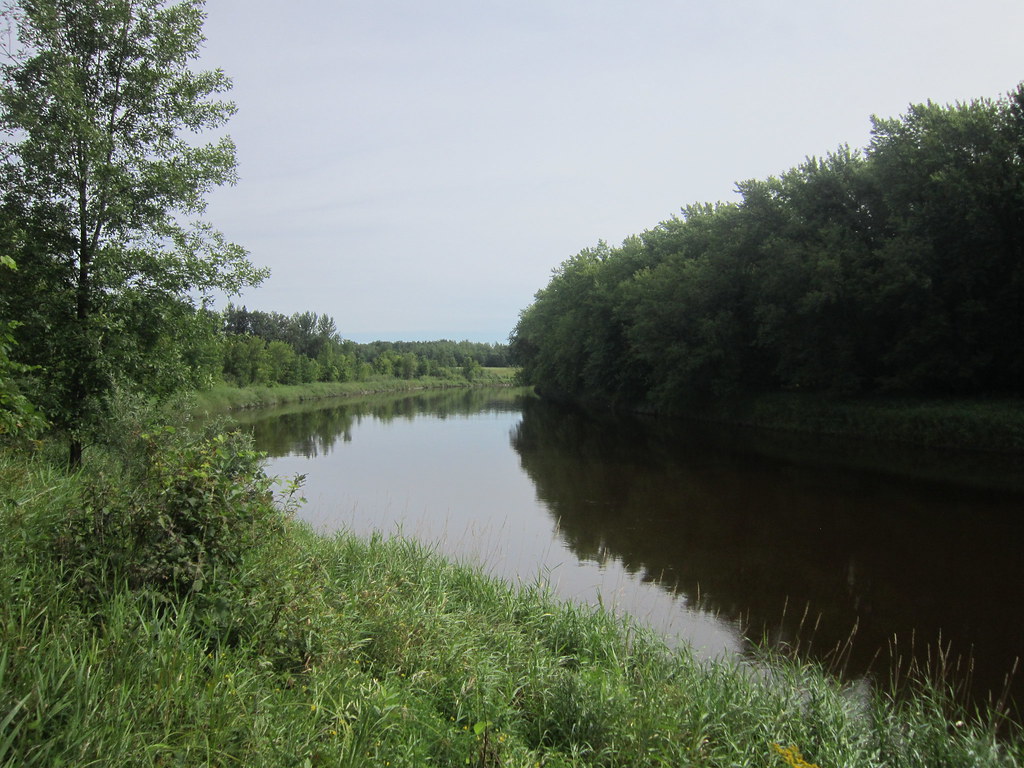 By noon I could see dark clouds on the horizons. But the forecast was for no rain! I tried to outrun it. I thought I was doing it. Soon, however, the clouds surrounded me outside of St. Cloud, Minnesota. I wanted to go further than this.

I stopped for gas. As I did the torrential rains hit, as did the lightening. I stalled as long as I could under the canopy without the gas station telling me I had to leave. The torrential rain turned to just rain for a second. I made my break.

I punched in my GPS possible lodging locations. There was a Motel 6 nearby. When I got there it had changed ownership into some other name. It didn’t look appealing.

I tried a couple other places that also didn’t look great. By this time the rain was getting to me as I worked my way through St. Cloud.

I finally found Nights Inn. It looked clean. It was cheap. And the clerk was really nice.

So there I held up for the rest of the day. 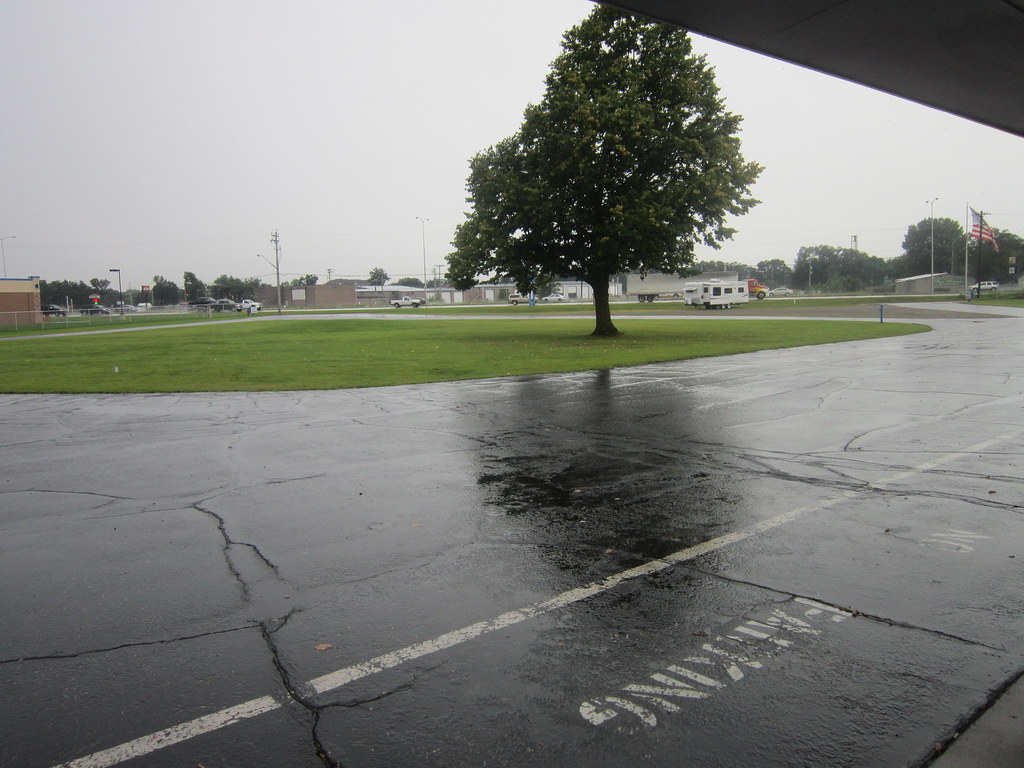 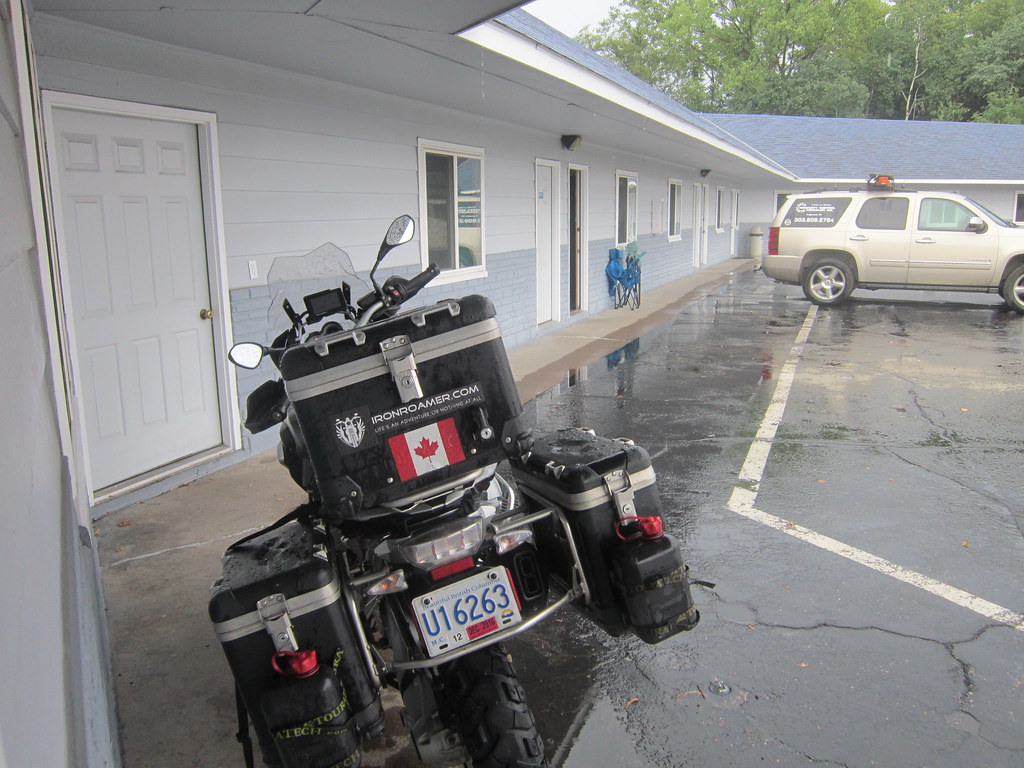 Secretly, it was actually quite nice to be in a hotel. Even if it was still above my budget. I had been camping for quite a while now. I took full advantage of a nice bed, air conditioning, and TV. 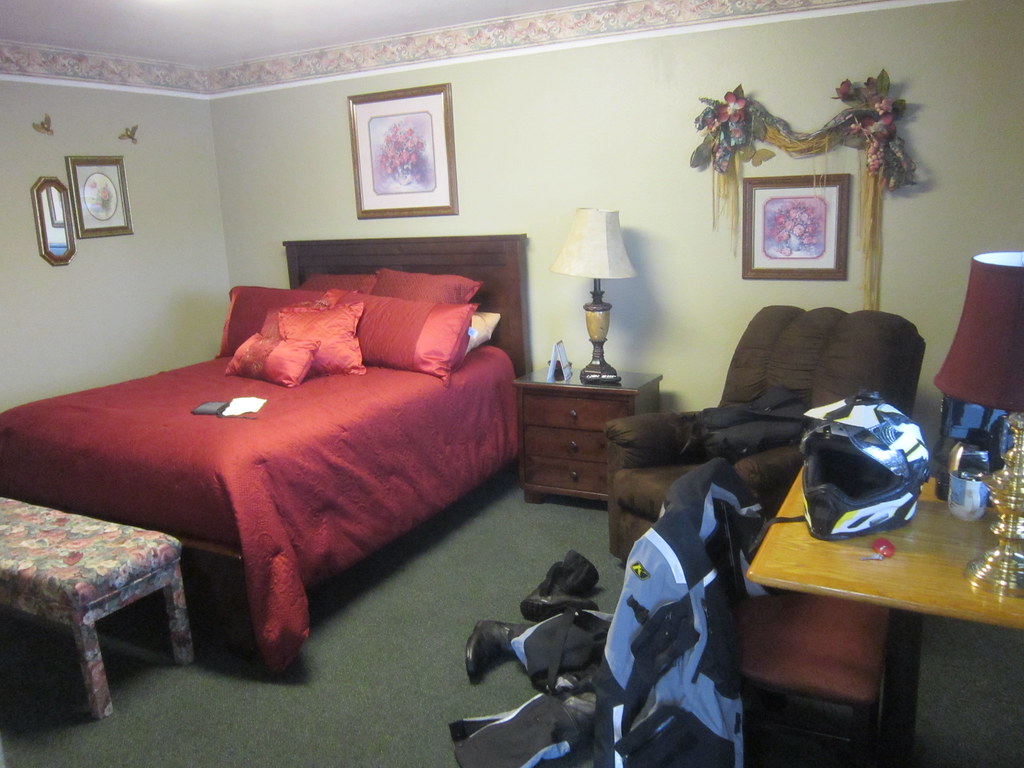 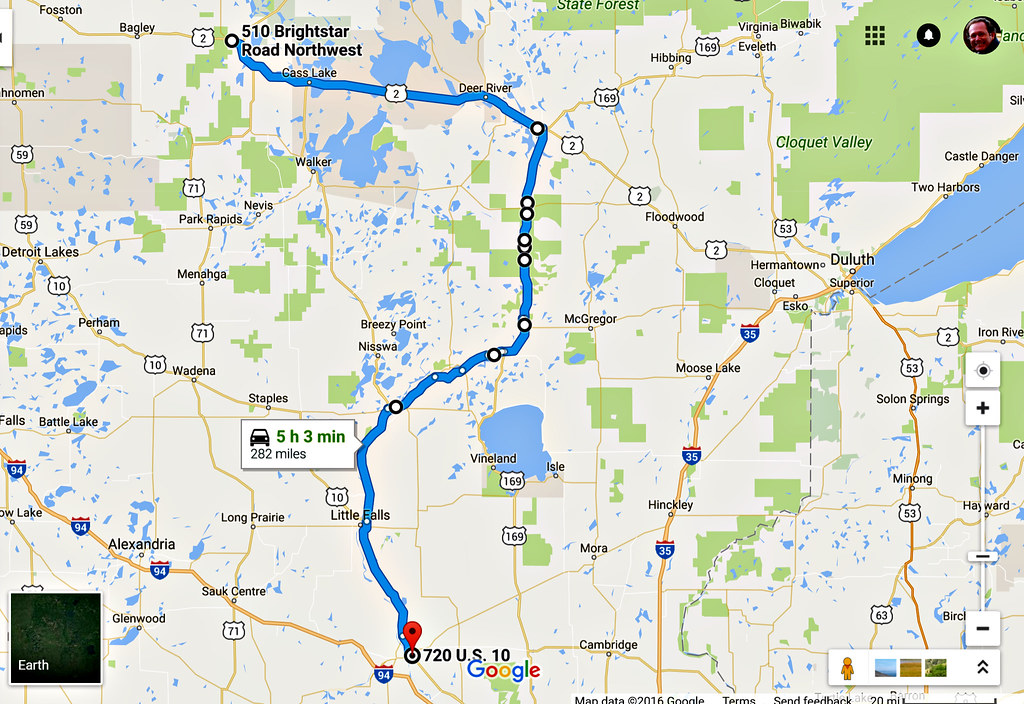 As I left I was crabby 🙁 The main reason was because I had to pack up a wet tent and gear. Just not a fun way to start the day. 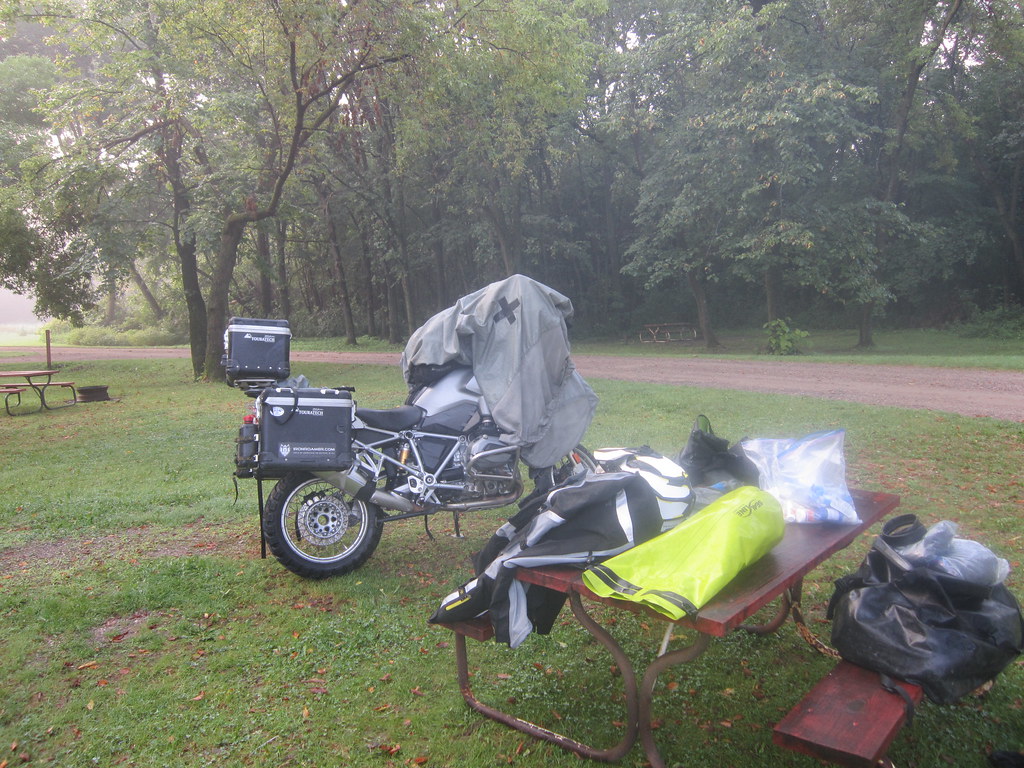 The day did get better as it got hotter and hotter as I made my way to Itasca State Park.

The Mississippi River meanders south from Itasca State Park for for 2,320 miles (3,730 km) to the Mississippi River Delta at New Orleans before emptying into the Gulf of Mexico. It is one of the world’s great rivers, and especially so in North America.

The Mississippi Headwaters is located in Itasca State Park. It cost $5 for the day to enter the park. But I had to do it. The headwaters was a milestone for the start of my Great River Road ride. 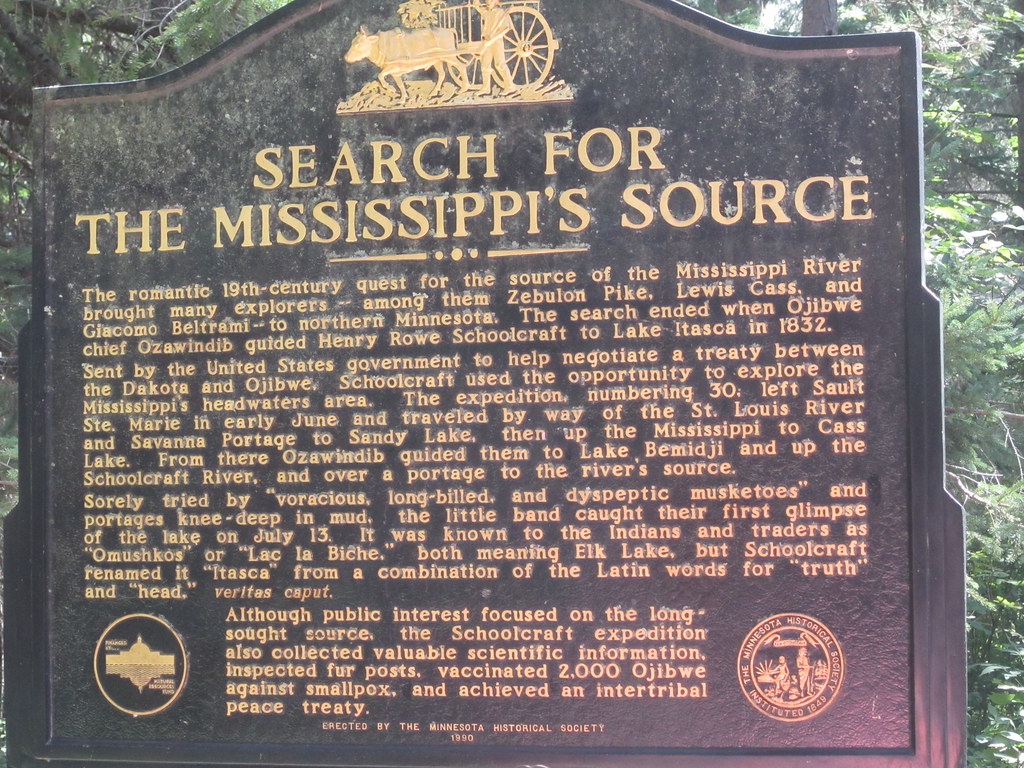 Also it would be pretty cool to see. I wasn’t the only one who thought so. The place was packed with people walking across the stones that mark the start of the great river. 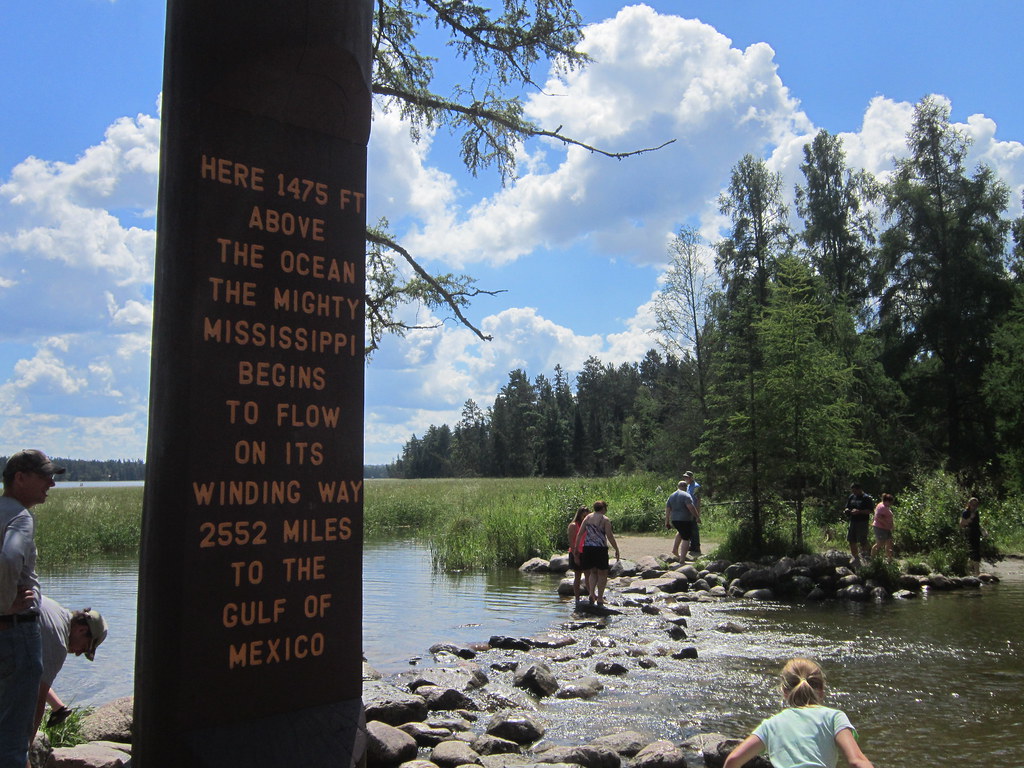 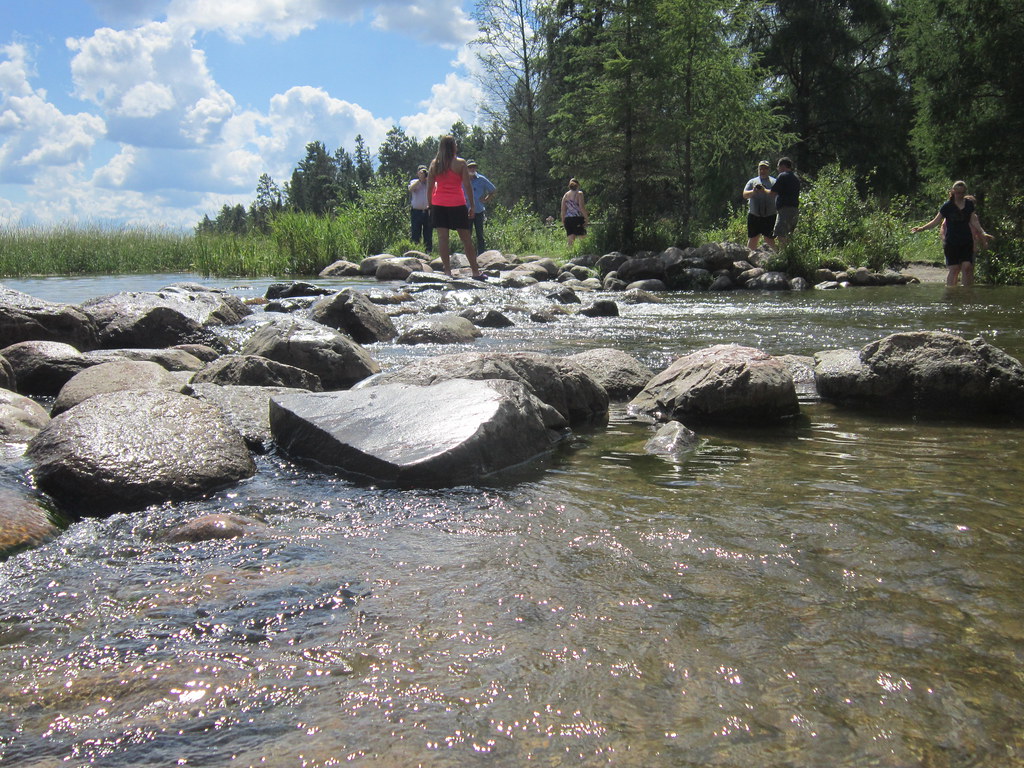 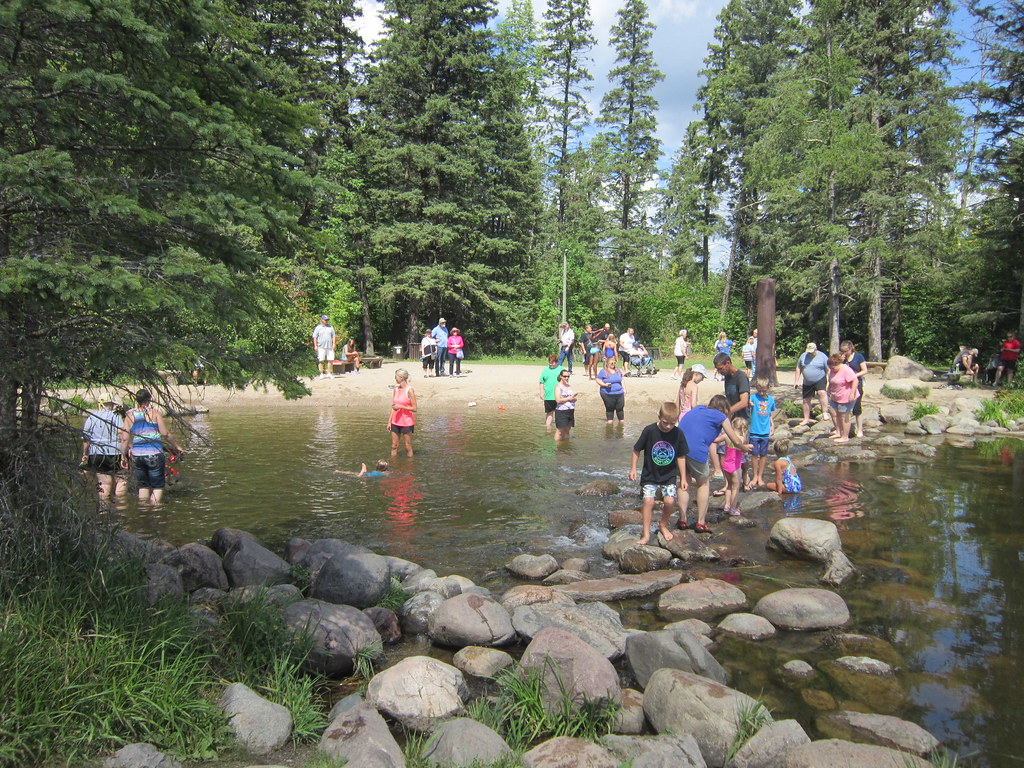 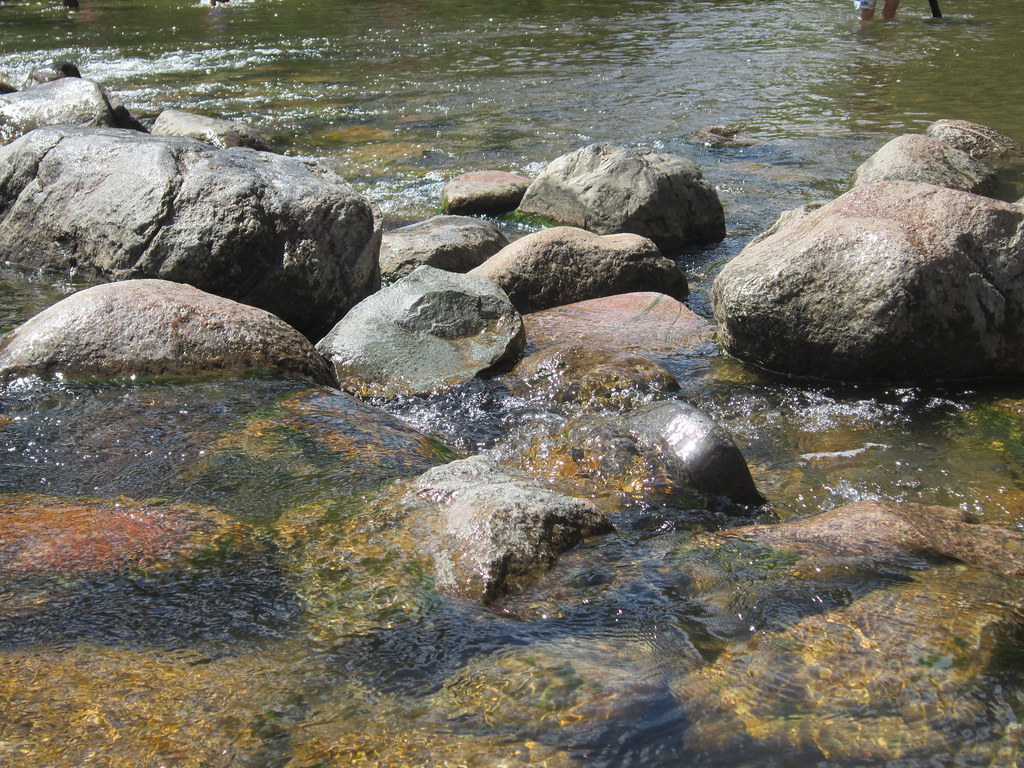 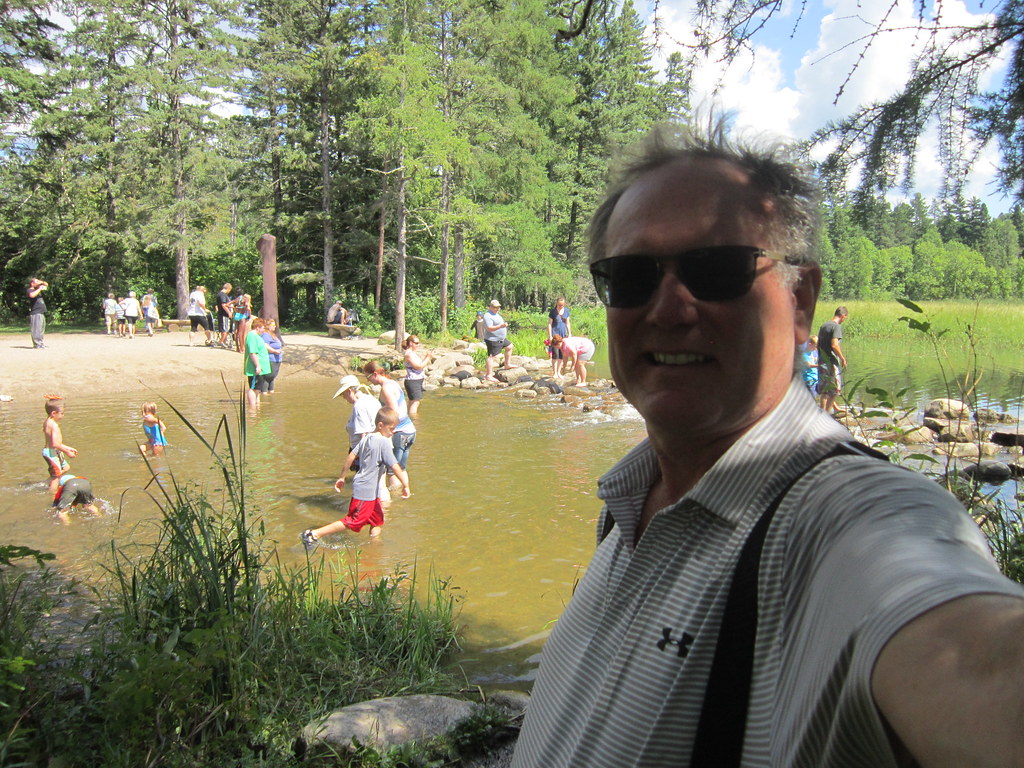 The Mississippi starts it path to the Gulf of Mexico. 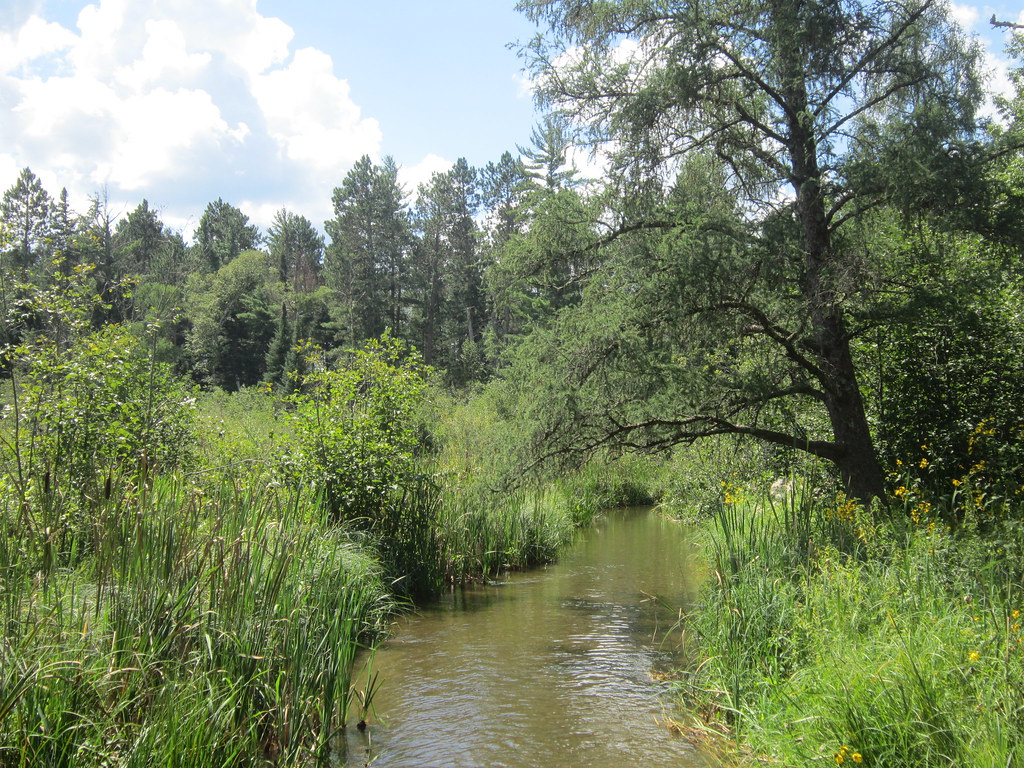 And I start my ride following it along the Great River Road.

The Great River Road National Scenic Byway follows the course of the Mississippi River for 3,000 miles from northern Minnesota to the Gulf of Mexico. The scenic route passes through 10 states and hundreds of river towns. 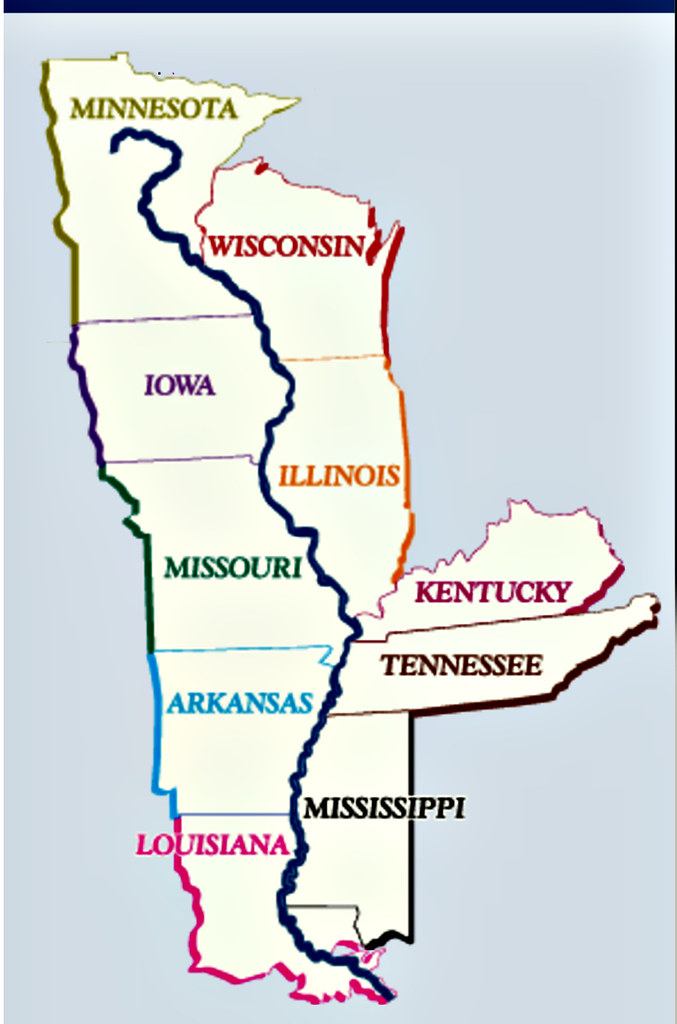 The Great River Road is arguably the longest and most important scenic byway in America. The drive takes about 36 hours of straight driving to travel from north to south along the byway. Most people take four to 10 days to make the journey. Me? I will take as long as it takes ha ha. I also want to take a few detours to visit things along the way.

But the first step along the way is to go to the KOA at Bemidji for the night. 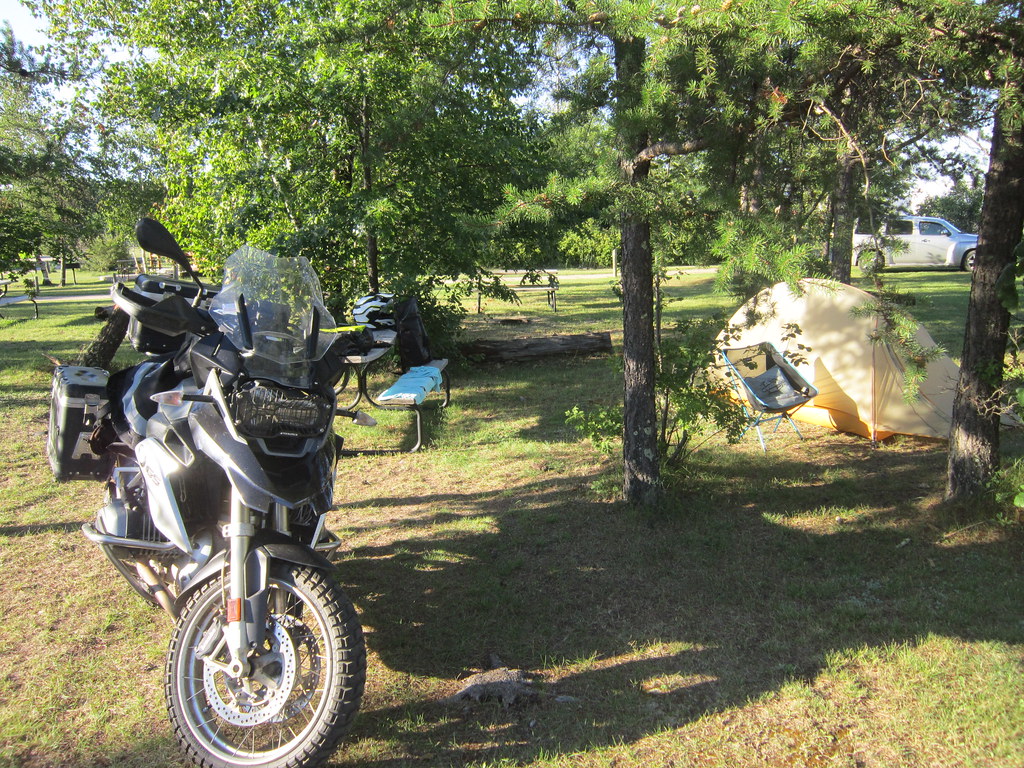 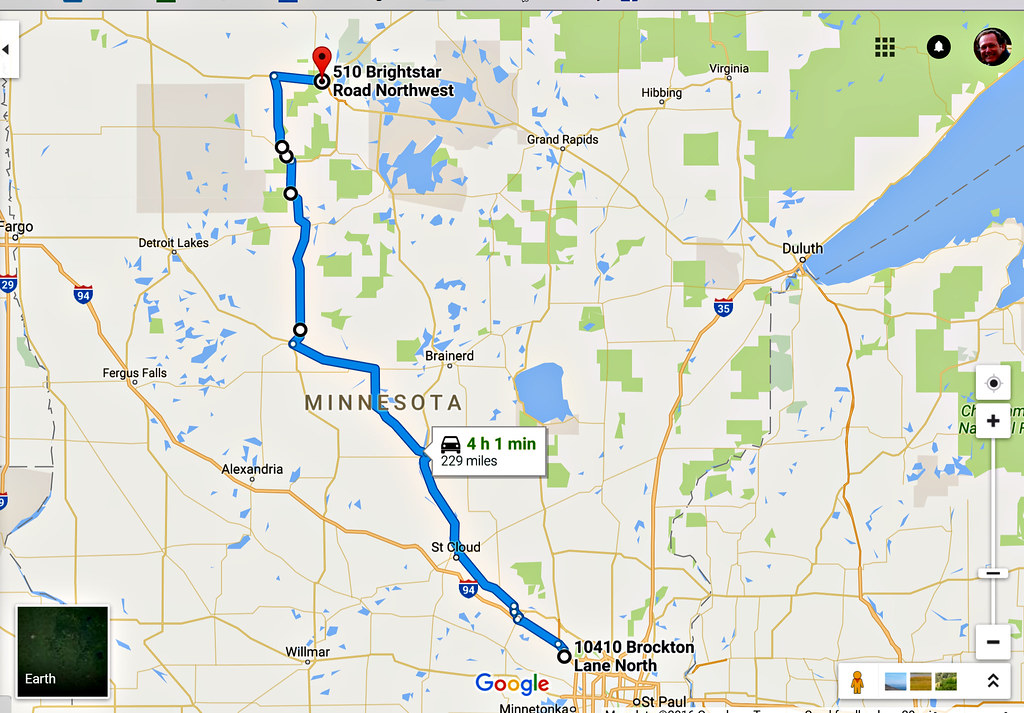