I was really looking forward to today riding Yellowstone Park and the Beartooth Pass. It was going to be a long ride, but a good one. So I thought.

I got up early and was at the Roosevelt Gate into Yellowstone Park by 8 am. 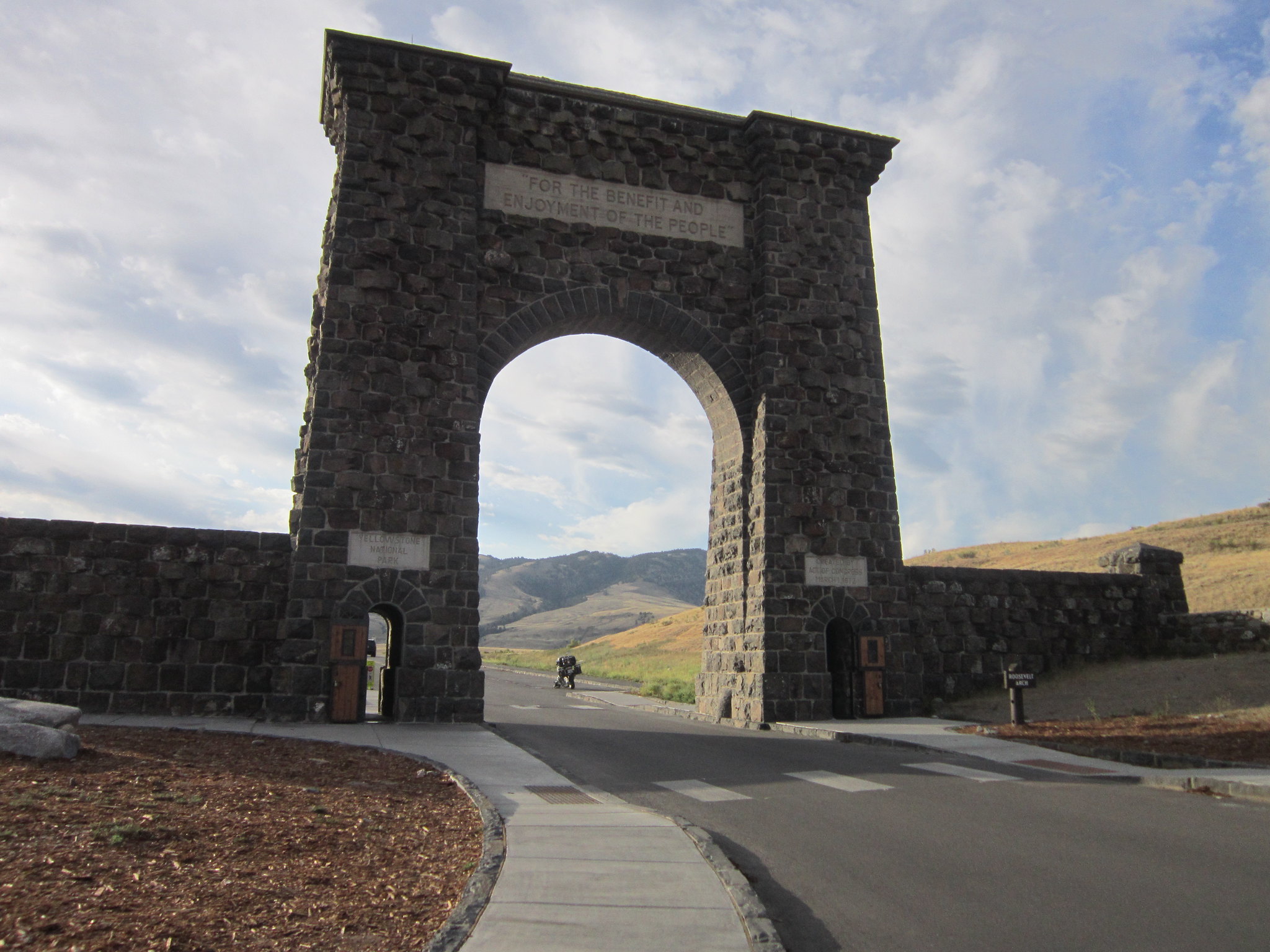 Immediately I rode past and toured around geysers and hot springs for which Yellowstone is famous for. 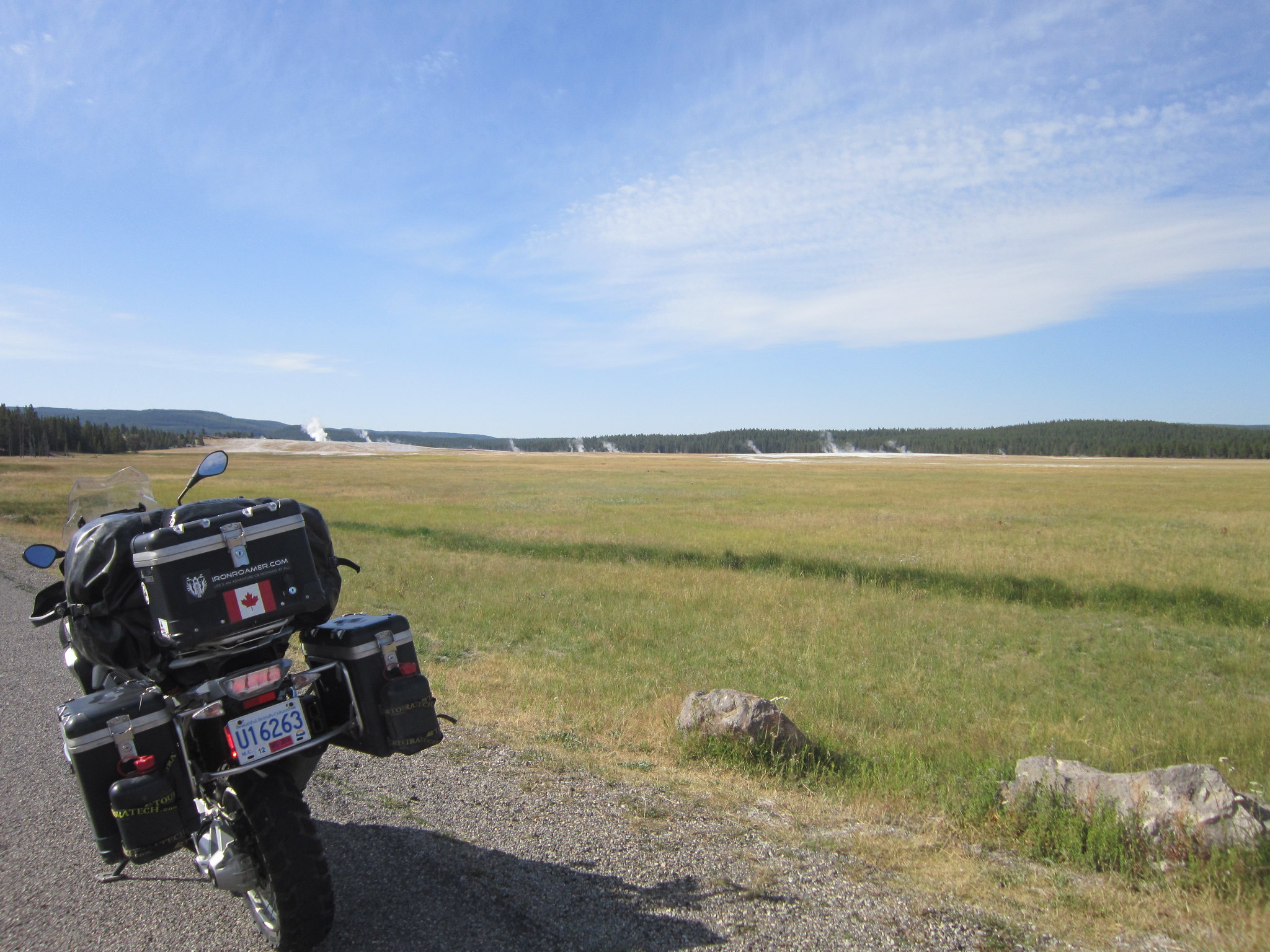 Also immediately, I ran into the ubiquitous procession of vehicles crawling their way through the two lane highway winding itself like a snake through the Park. There were no passing lanes and most of the road is marked with a double solid line due to the curves.The curves and scenery would have made for an awesome ride. But not today and perhaps it never happens due to the park’s popularity.

The procession came to a stand still at every Buffalo, Dear, and Swan! Sometimes it came to a screeching halt as cars jammed on their brakes at a sighting. 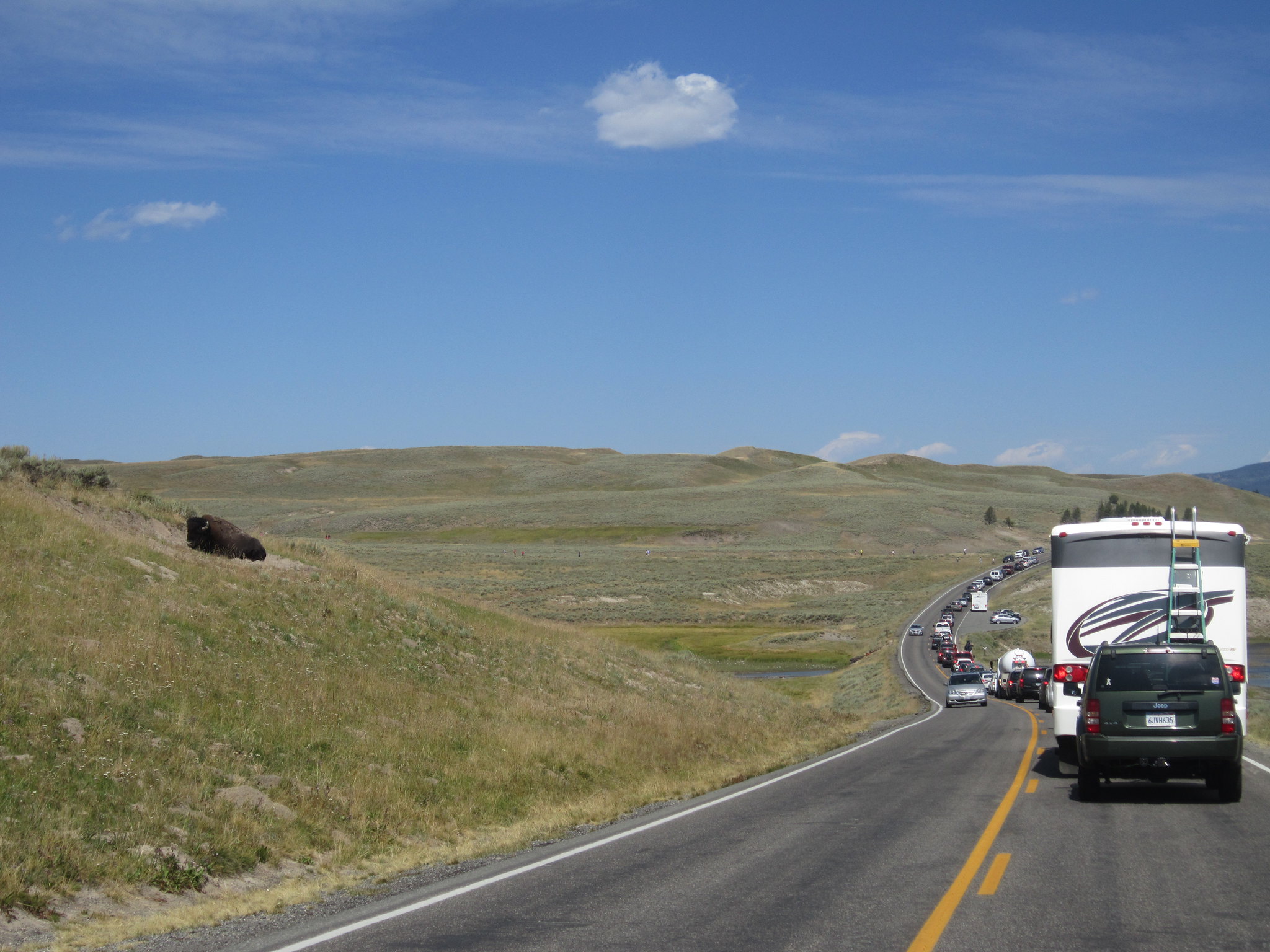 I got to the famous “Old Faithful” geyser and wanted to stop. Too my surprise, the place was surrounded by hotels, restaurants, stores, and and gargantuan parking lot. The place rivaled any of the Disney parks! This was a major production. Already frustrated, I turned around and left. I really just wanted to get out of the park.

My fingers were crossed that the Beartooth would live up to expectations. I first stopped at Cooke City for gas. I wished I hadn’t wasted so much time at Yellowstone so I could enjoy the town more. It was packed with motorcyclist about to do, or just finishing the famous Beartooth. Off I went.

It didn’t take long and I got that plastered smile on my face as I rounded the sweeping curves climbing higher and higher. So cool! As I approached the odd slow moving vehicle, I passed on the double solid line. I wasn’t going to let a line come in the way of a fun time. Surprisingly though, there was little traffic. Such a relief.

At the top of the pass I stopped to take it all in. It was cold and blustery. But the scenery was amazing. It reminded me of Alaska a bit, except paved roads ha ha. Such a fun ride. 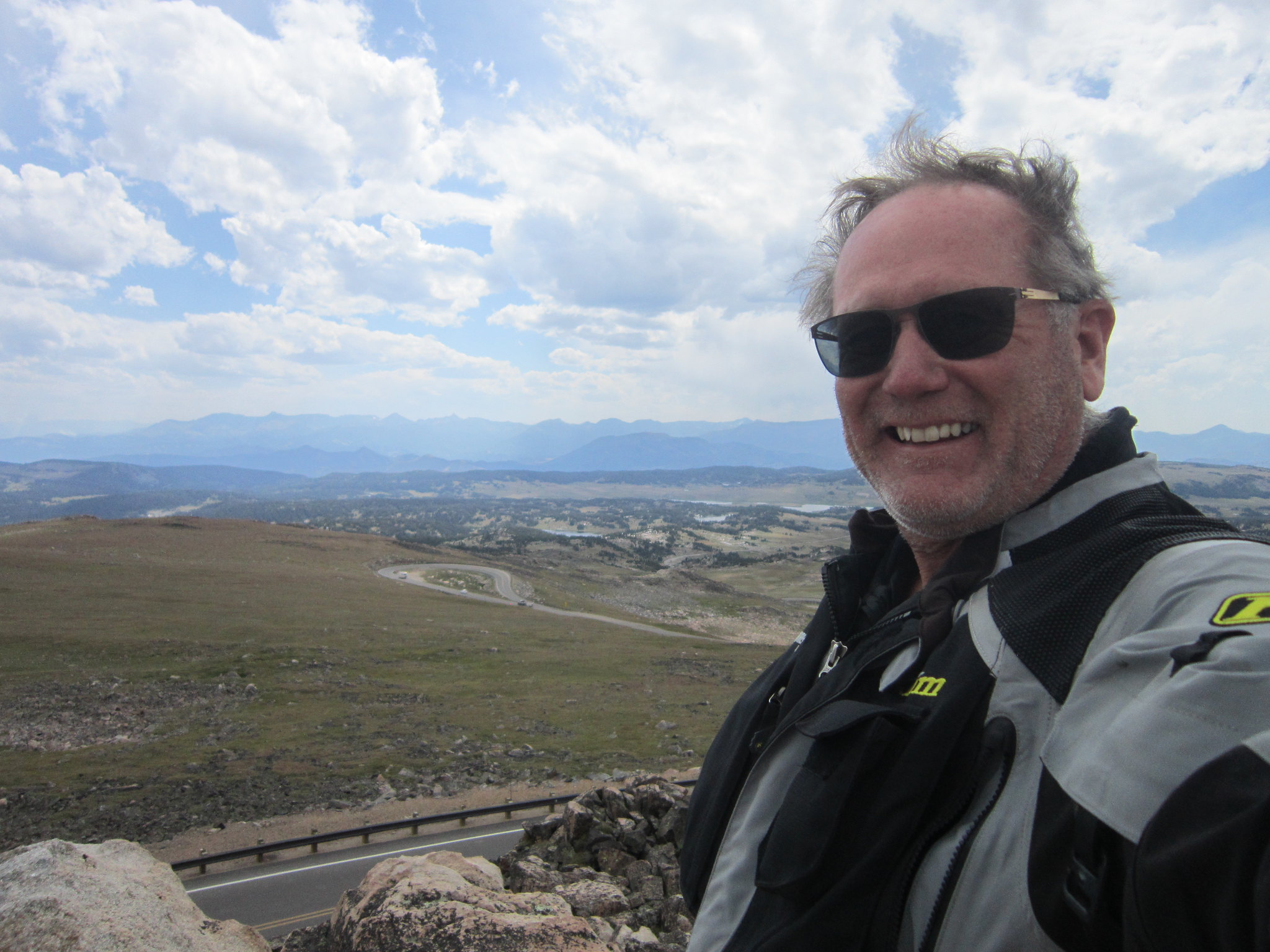 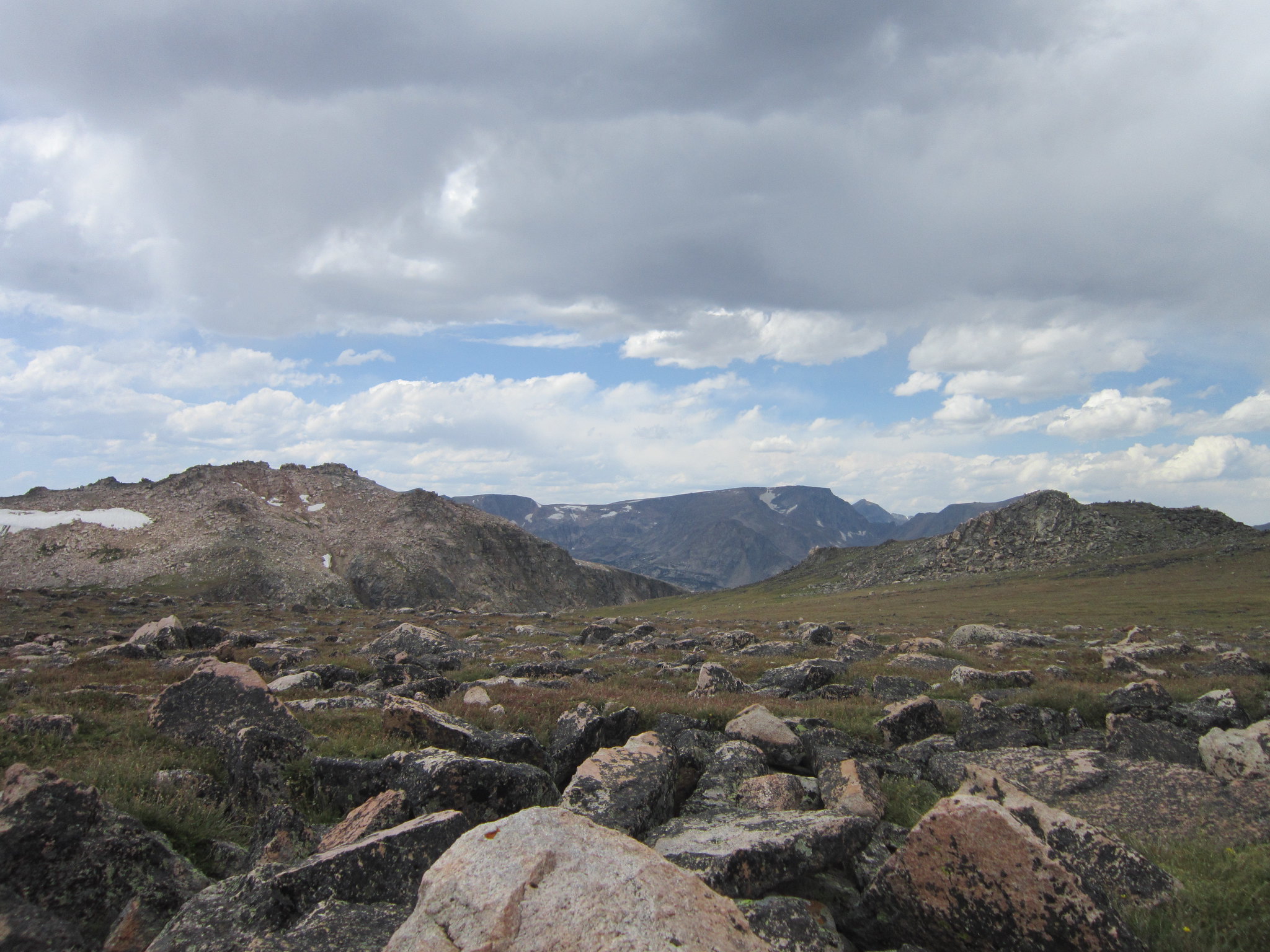 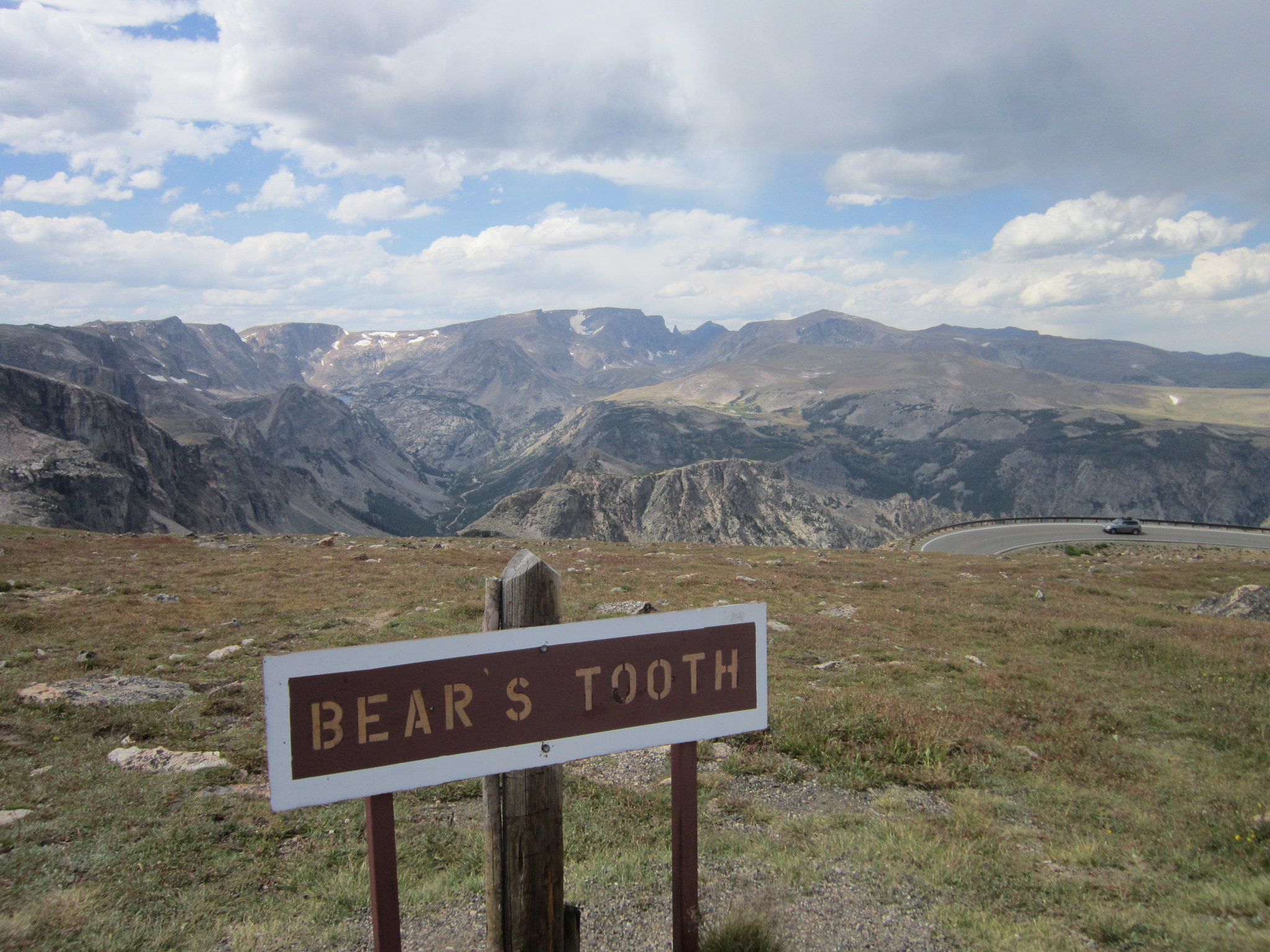 It was time to head down the pass to Red Lodge. Going down was just as much fun. 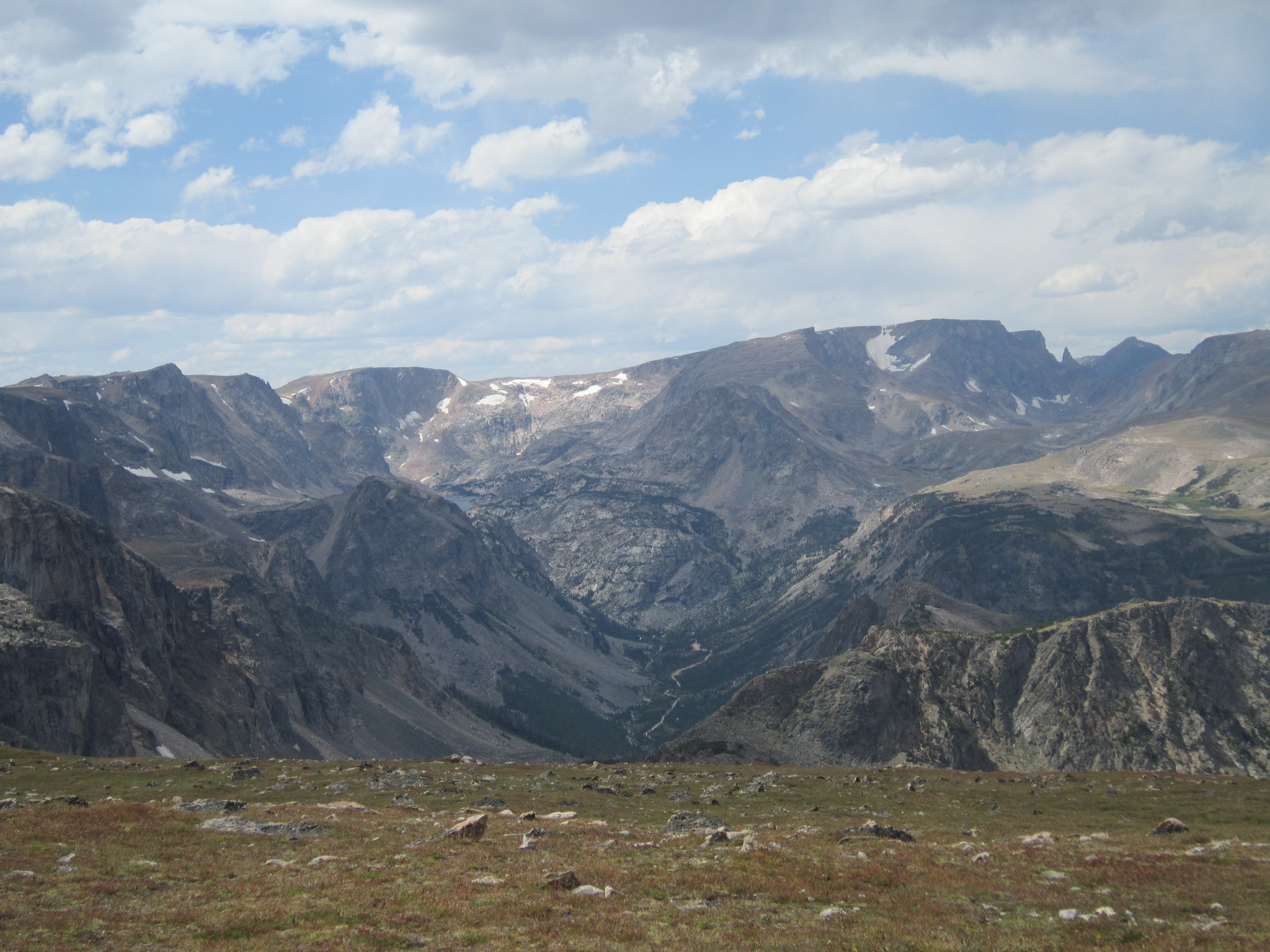 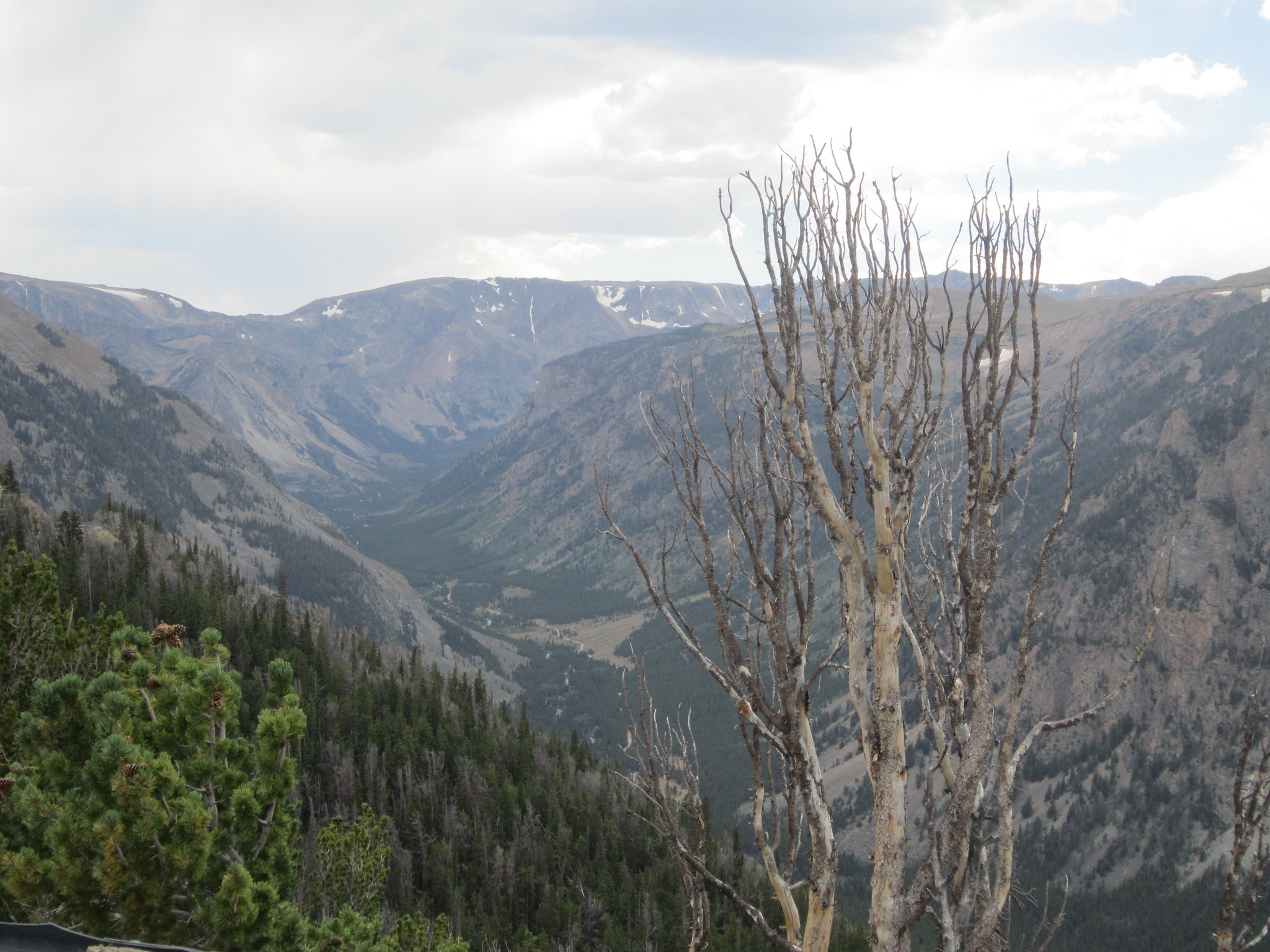 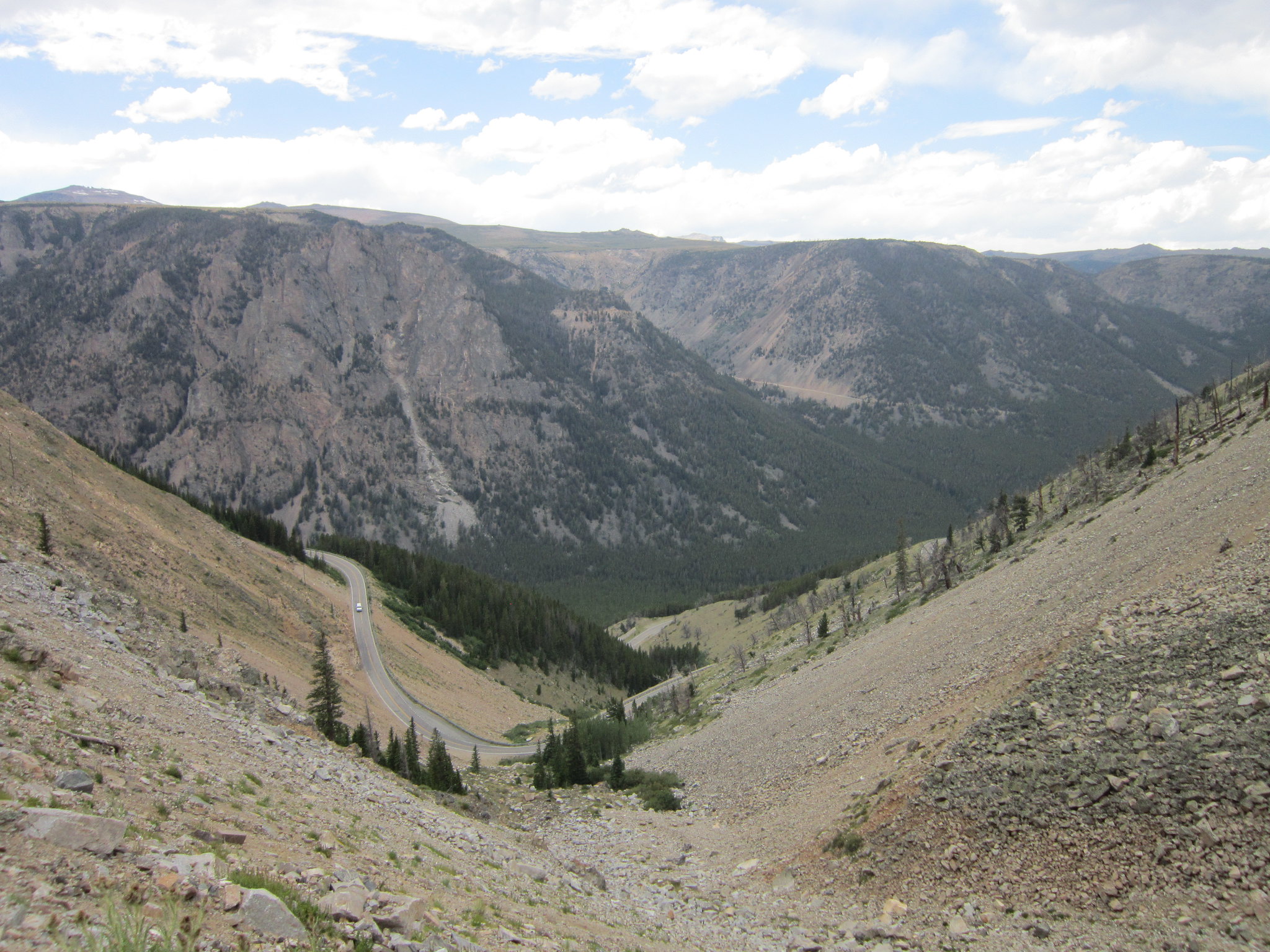 The Beartooth Pass made up for Yellowstone. I was really tempted to head back and do the pass again. If I had more time I would have.

So far on this trip the rides have been the most fun parts – the tundra after coming down from the Atigun Pass in Alaska, the ride to Stewart BC, and the Beartooth Pass.

Got to the Red Lodge KOA after a long, but fun day. At least the Beartooth part. The Red Lodge KOA is not one of the nicer ones, but still OK. Walked around town and had a bite to eat. Had a swim back at the KOA. Then bed. 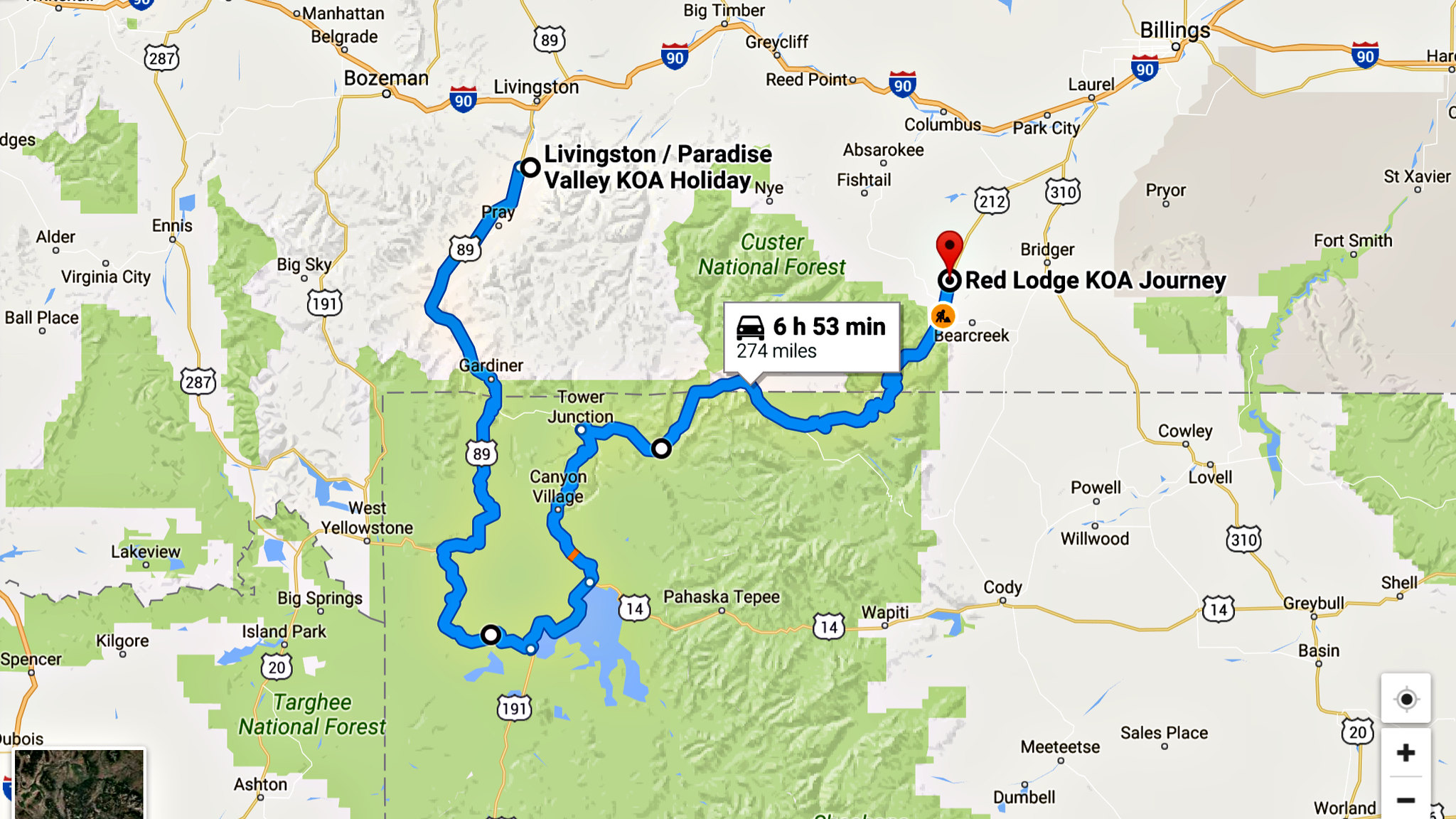