It wasn’t long before I discovered where I was staying in Mazatlan was gringo Mazatlan.

The last time, and only other time, I stayed in Mazatlan I was in the old town of Mazatlan and loved it. 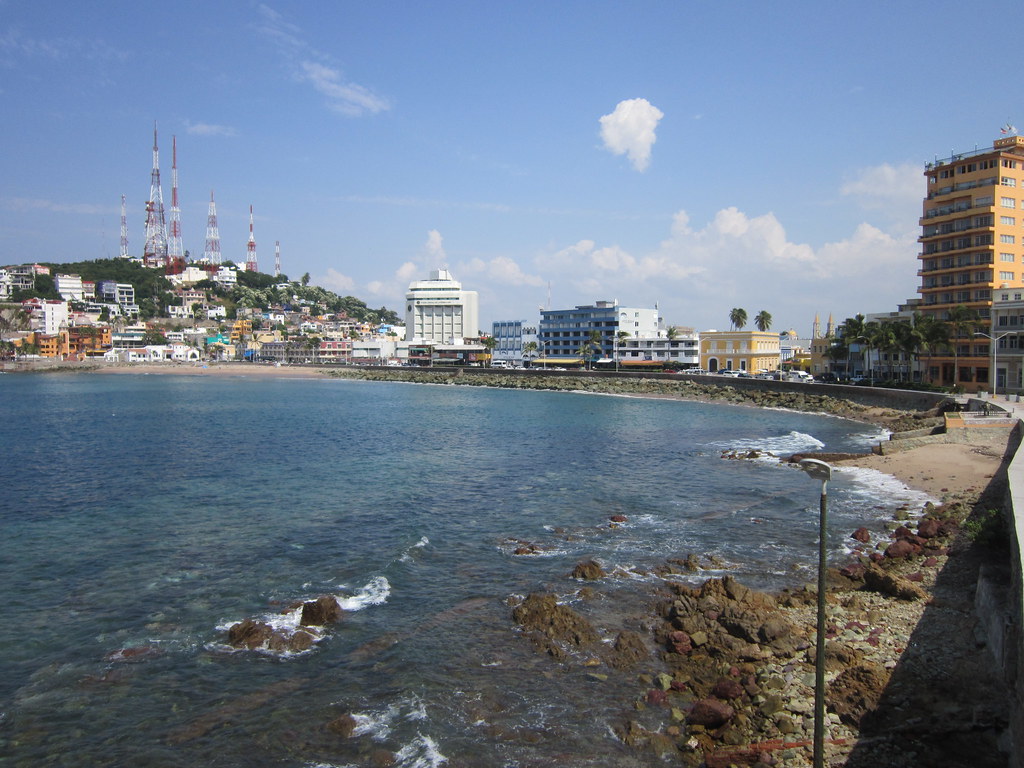 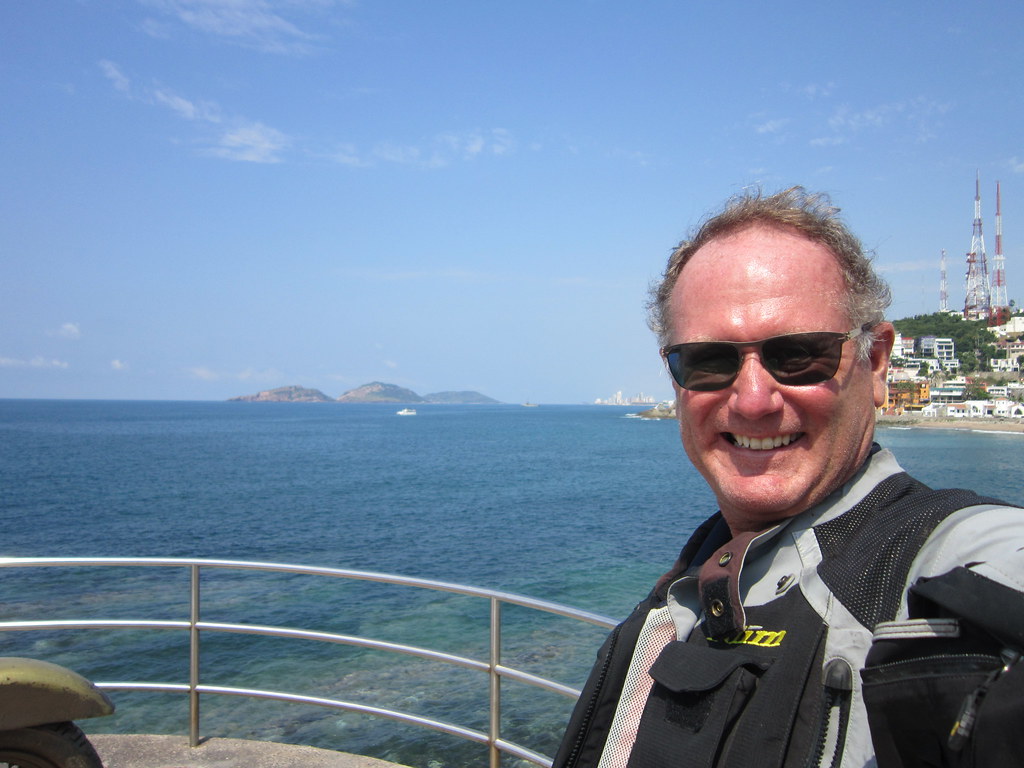 I wanted to stay there again but the hotels ther either didn’t have parking or were too expensive. The latter was the case for the boutique hotel I had stayed at before. 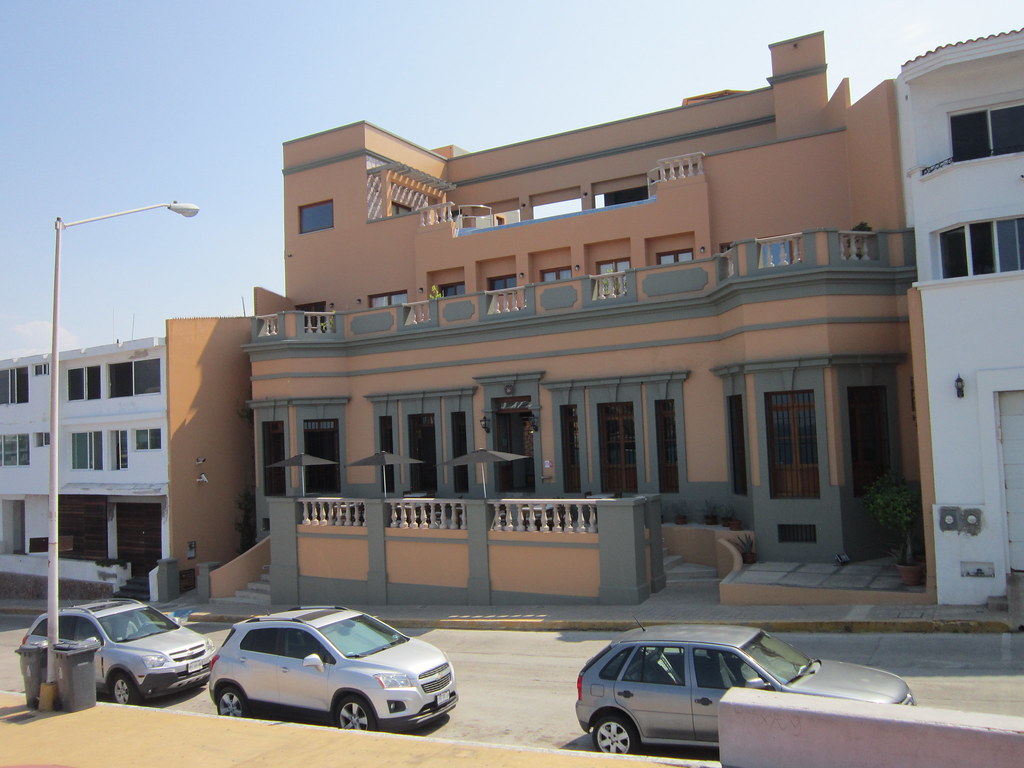 I could afford to stay there for a vacation, but not part of a lifestyle.

When I got off of the ferry I had to ride by the old town and pay my respects to Pedro Enfante.

Pedro Enfante is considered a superstar in the golden age of Mexican movies and considered as a movie icon even though he died in 1957. One of his best known roles was in Full Speed Ahead where is played a motorcycle cop. A statue of him in this role is along the malecon in old Mazatlan.

The last time I was at the statue was during Mazataln Bike Week. There were line ups of motorcyclists waiting to pose for a picture beside Pedro Enfante.

This time is was just me and Pedro. 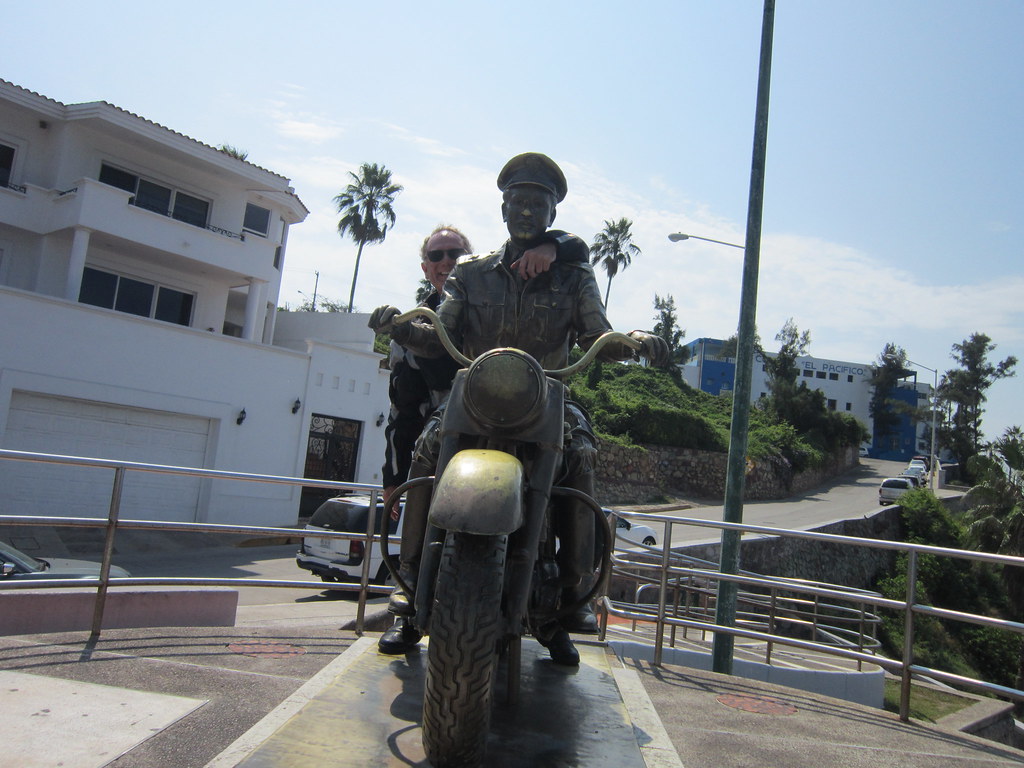 Because there was a suitable hotel in old Mazatlan, I booked one in the “Golden Zone” where all the gringos go. The areas is basically resort hotels and condos, tourist traps, and gringo restaurants. There is even a restaurant called that.

I booked the Azteca Hotel at a reasonable price and it was only a block off of the beach. It was really quite nice. The TV got CNN International and the NFL Network and it had a pool I made use of. 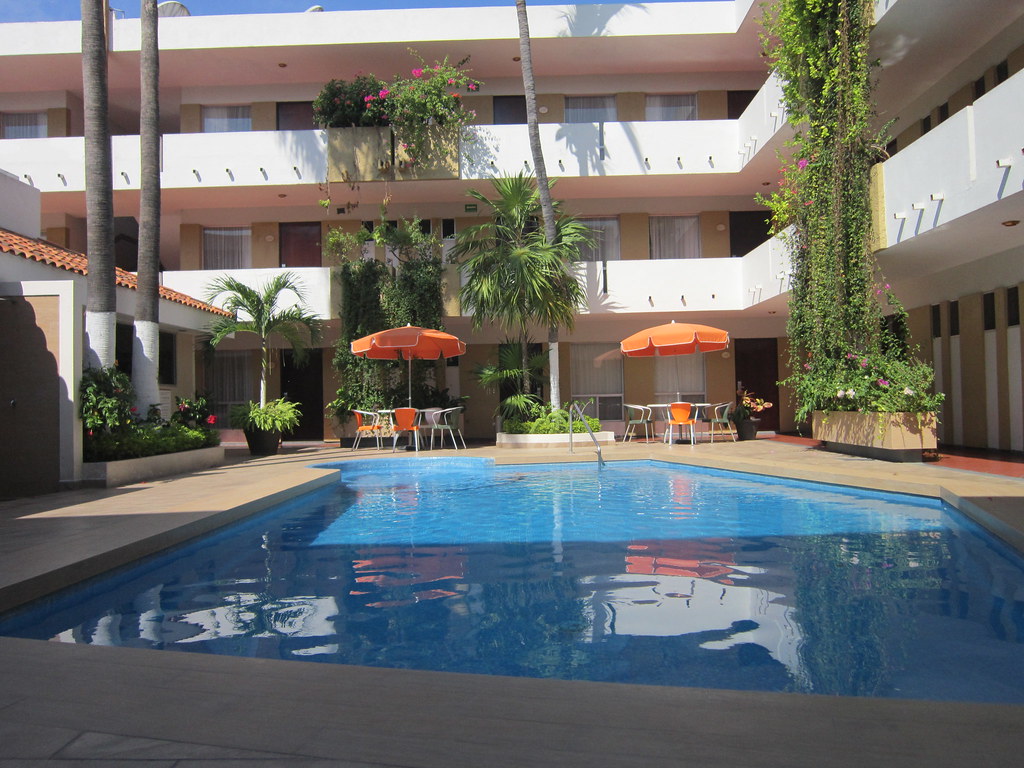 It was also the place the State Police were staying. 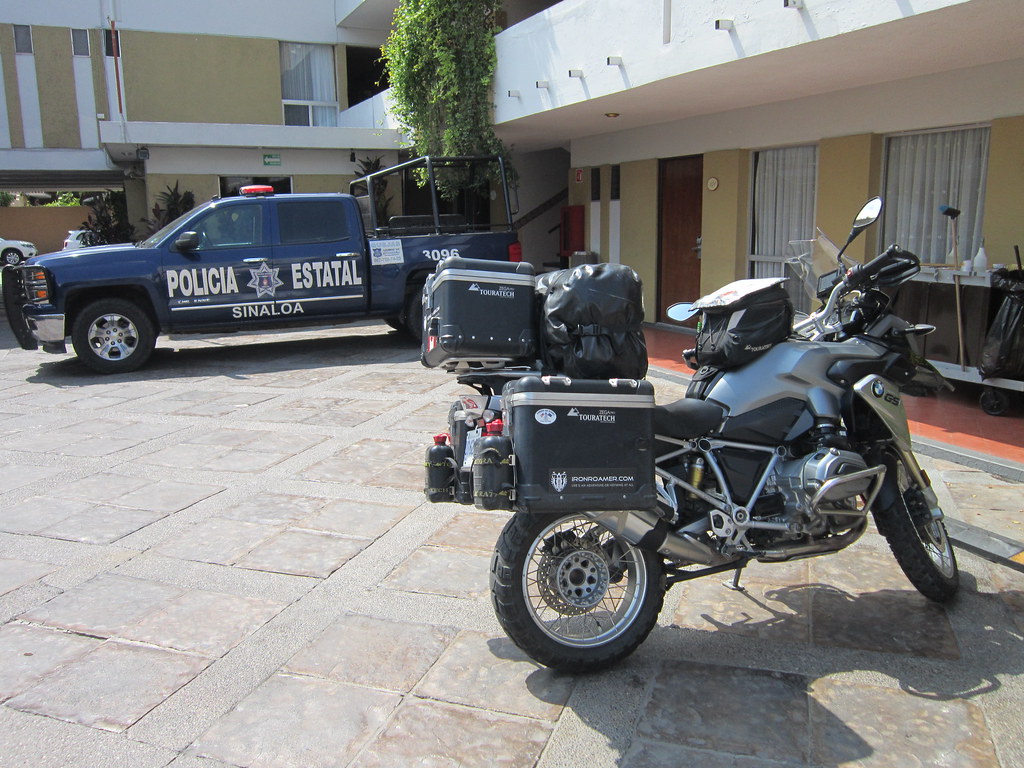 So I figured I would be safe?!

Lucky B’s was a sports bar a block away from my hotel. It was highly recommended on Tripadvisor. I went there the afternoon of the day I arrived and sat at the bar. To my left was a guy from Calgary and to my right a woman from Edmonton. The place was filled with gringos. I am surprise I didn’t take a picture of it. Grrrrrrr. Everyone was friendly though and it was a good place to relax.

It was Monday when I arrived in Mazatalan, and that means Monday night football. Las Margaritas was also recommended on Tripadvisor and it had the football game on. I watched the first half there. During that time I was the only one in the restaurant. I had a nice meal but the lack of atmosphere caused to to go back to my hotel and watch the rest of the game there.

I had booked 2 night at the Azteca Hotel. The second day I searched out a coffee shop with WiFi to answer email and work on blogs. 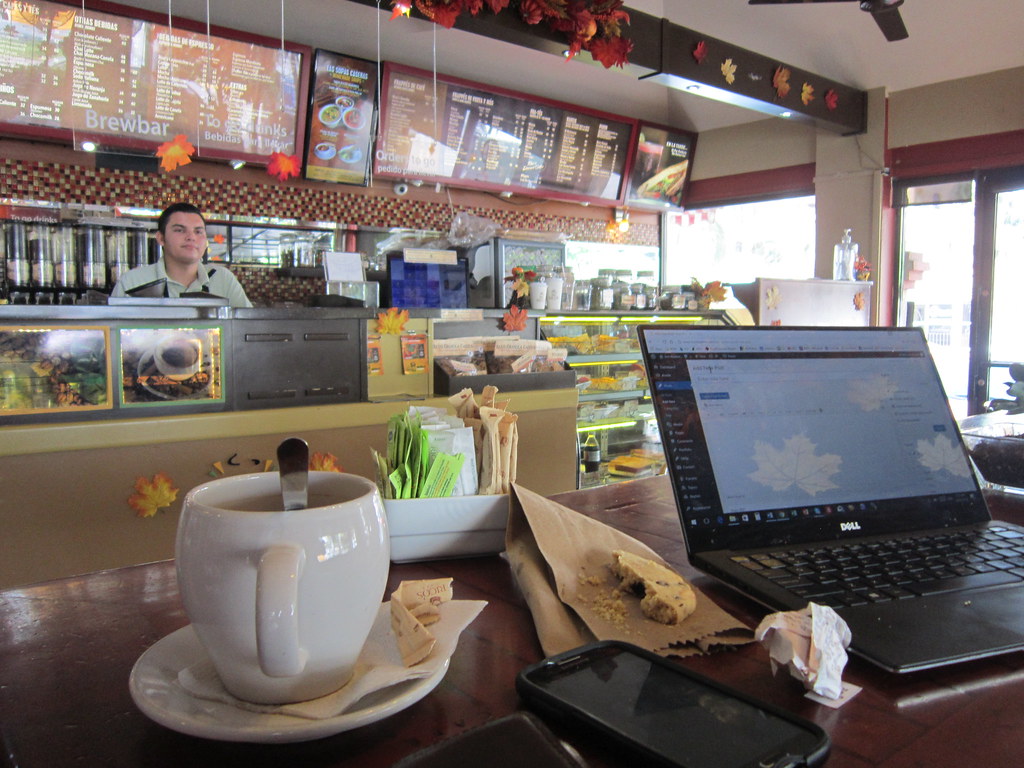 Then it was time to walk the beach. I love doing that. And the water was so warm. 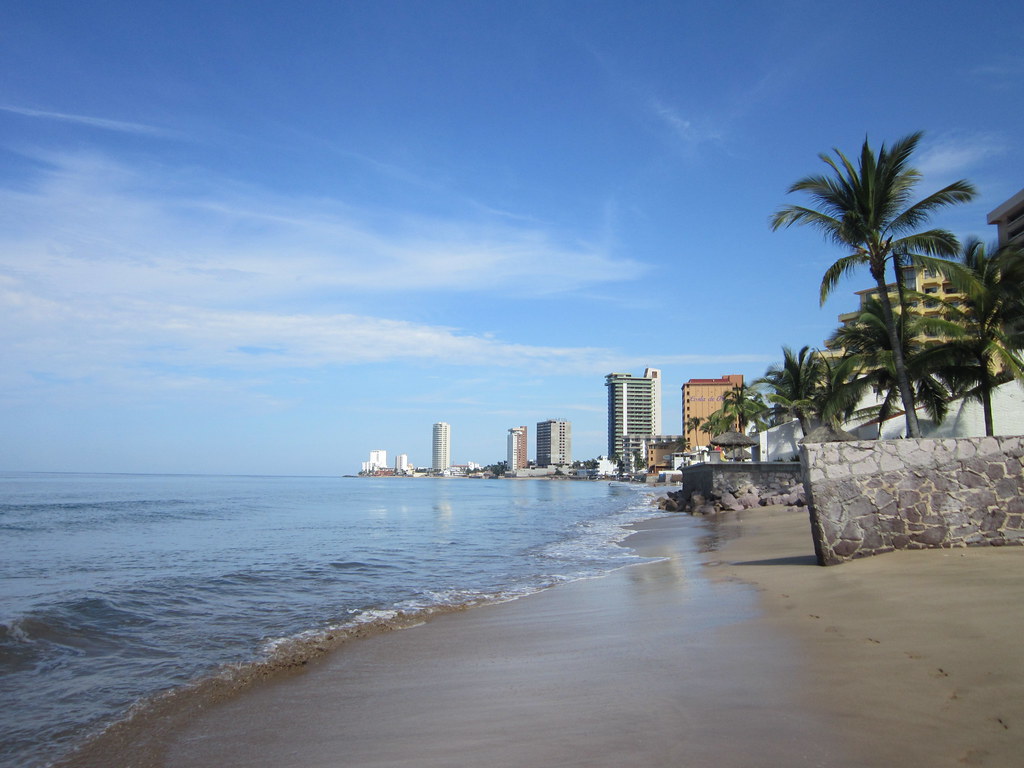 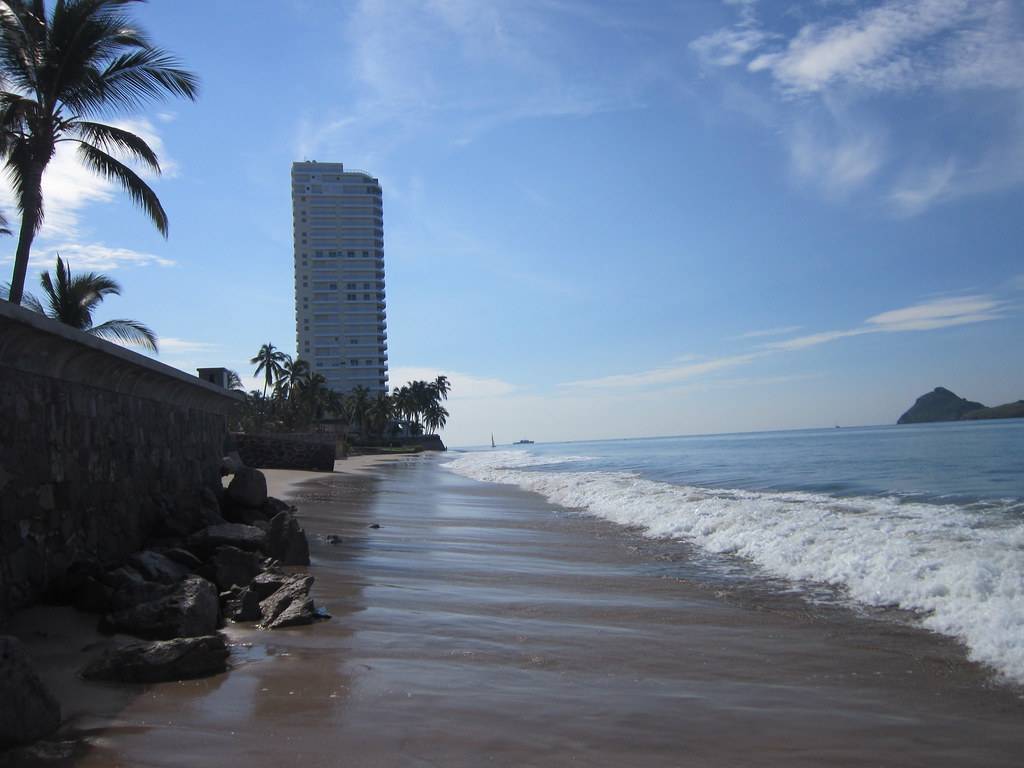 Then it was back to Lucky B’s to call it a day.

Tomorrow was a big day and I was a bit nervous. I would be riding the Devil’s Backbone from Mazatlan to Durango. THe road is considered dangerous, and I would be leaving the resort area of Mexico to probably a more “real” Mexico. 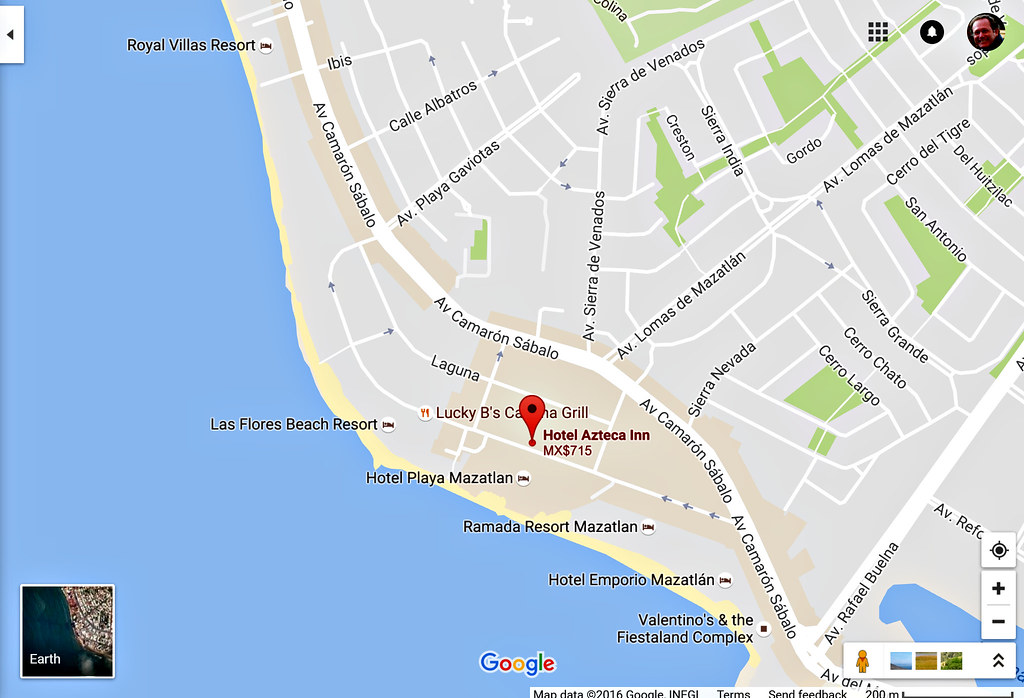