From one awesome city to another, I followed the Great River Road to Memphis from St. Louis.

It was suppose to be a partly cloudy day. No such luck. When I woke up it was cloudy and about to rain. Luckily, I managed to pack up just before the rain started. It was nothing serious though. But enough that the drops stung my face and had to put my visor down.

I stopped for my usual McDonald’s breakfast. 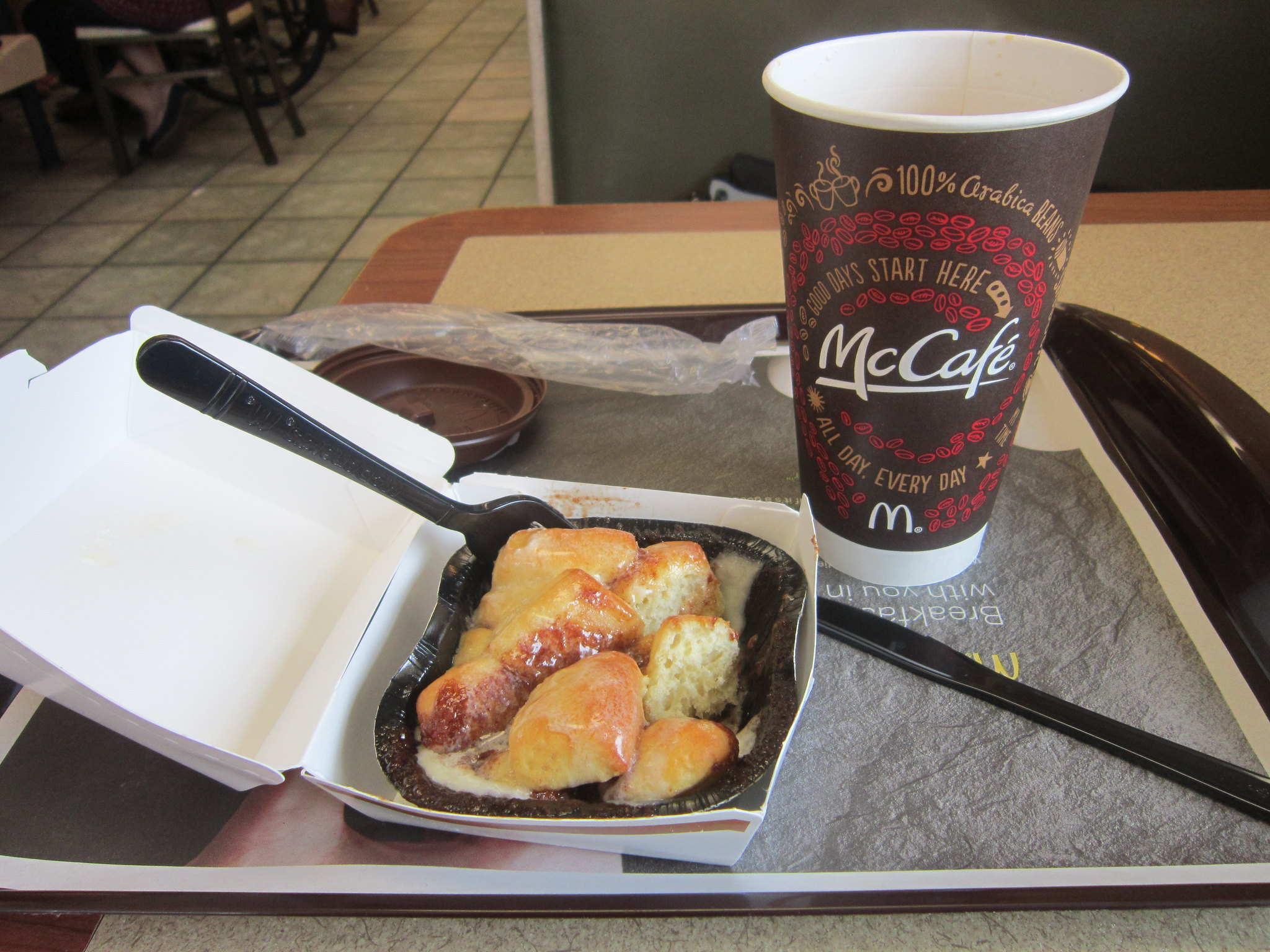 A large coffee and cinnamon melt.

I needed to charge my cell phone but couldn’t find a plugin in the entire restaurant! I guess they don’t want me hanging around. No problem though. I pulled out my Antigravity Battery and charged my phone. 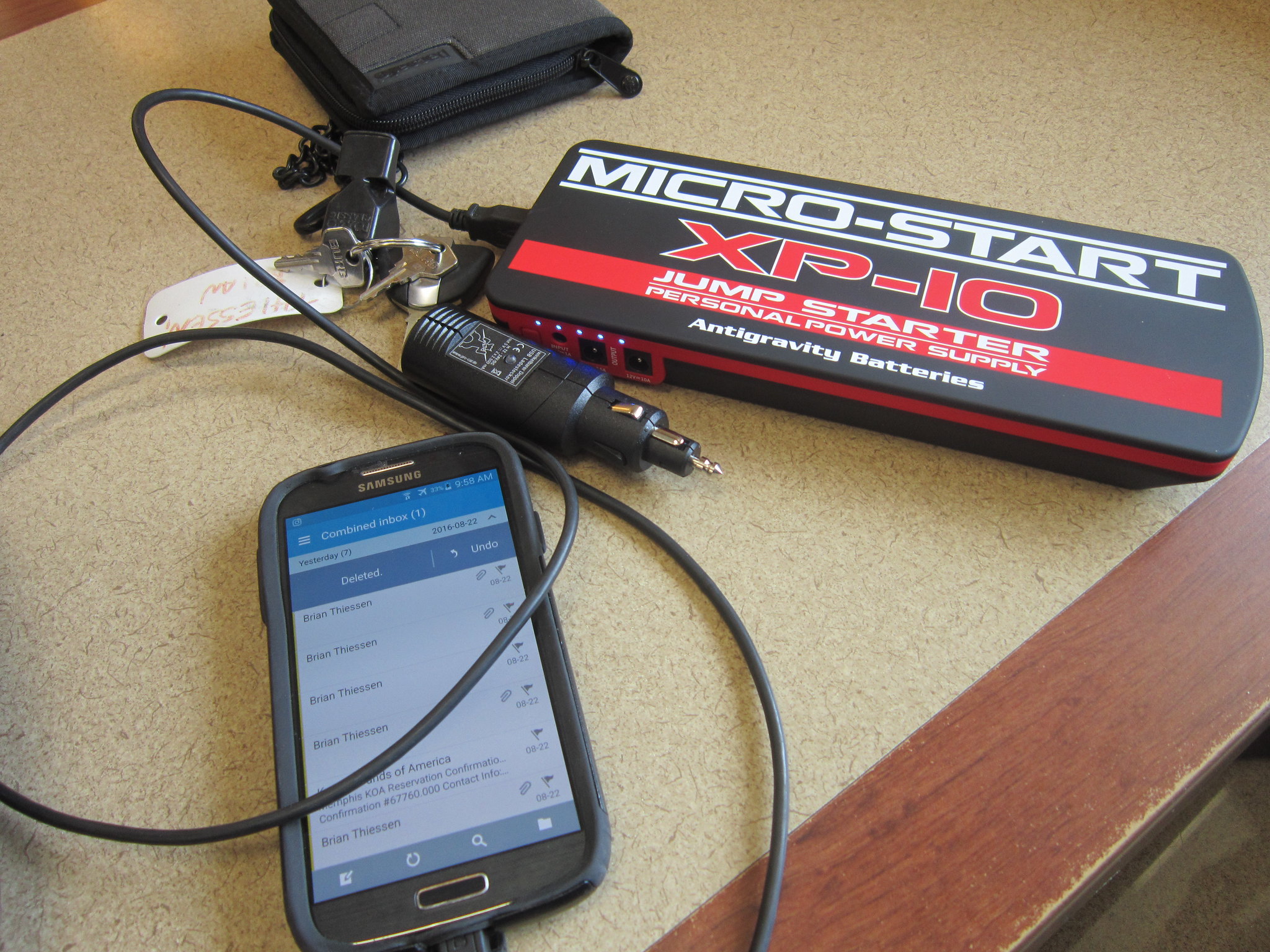 I really didn’t see much of the Mississippi River today as I rode the Great River road through Missouri, over to Kentucky, into Tennessee and finally into Arkansas. But I did see some of it. 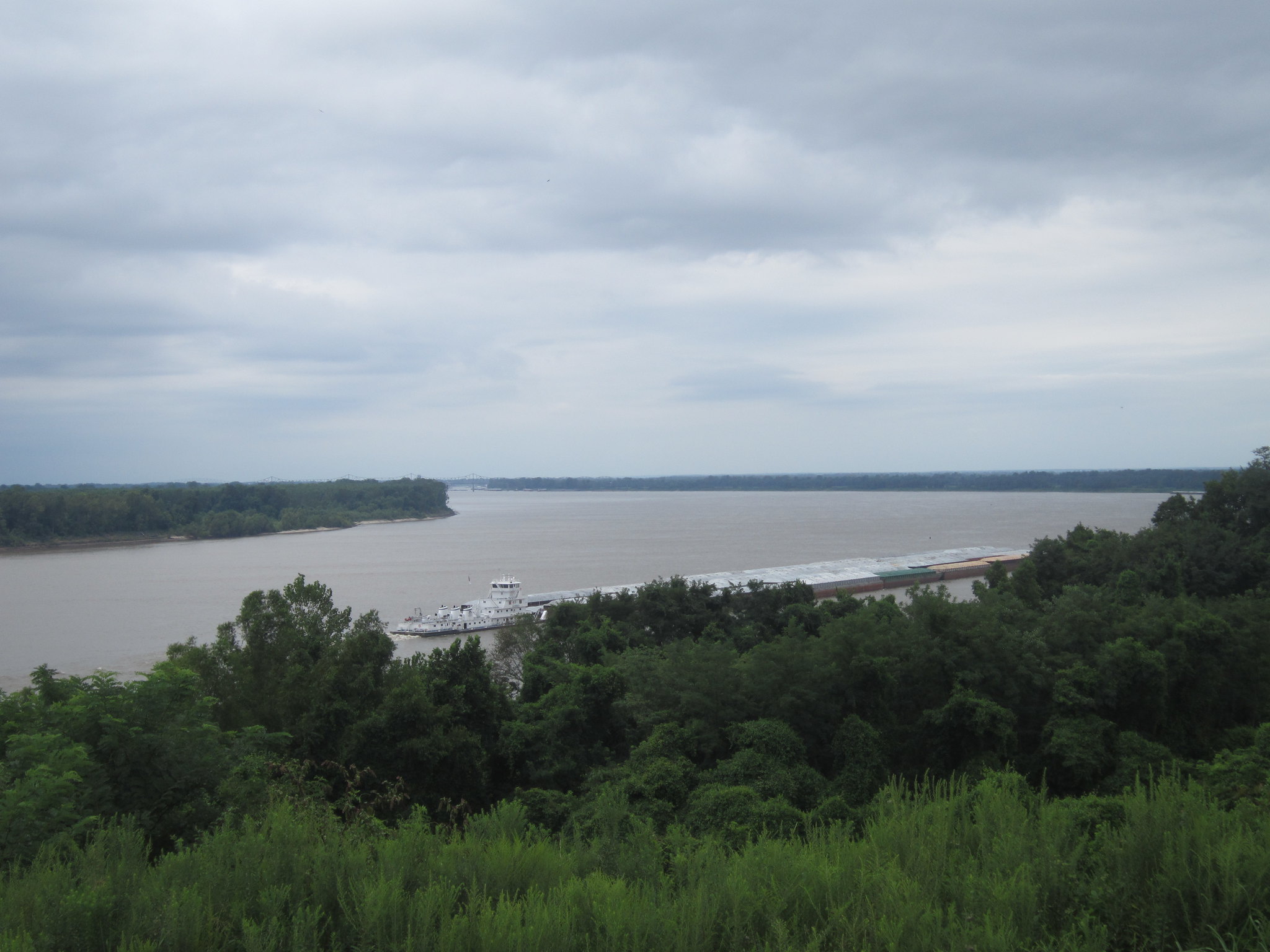 Somewhere between Clinton and Hickman Kentucky I got lost. I thought I was following the Great River Road signs, but suddenly they disappeared on me. As luck would have it I was running out of gas as well. It is nice having a GPS though. You are never really lost. I set it for the nearest gas station.

It took me through a series of gravel and partially paved roads through fields of corn and soybean. At one point I misjudged a corner. I had to lean hard to make it. The tires started to come out from underneath me. I thought for sure I was going to end up in a field. I was turning and braking at the same time. Not a good thing to do, but I needed to slow down fast. After a couple expletives under my breath I managed to make the corner thanks to my ABS. I was quite amazed how it transitioned from the paved to gravel portions of the corner in the wet.

I made it to the gas station where, of course, it started to rain harder.

At this point I just wanted to get to Memphis and was thinking about getting a cabin at the KOA I booked. I rode through the rain on the interstate.

Now, I am not sure where the north ends and the south begins in the US, but I think I found it. All of a sudden I rode out of the swath of cloud the had engulfed me, and into blue sky and stifling heat. I watched as the temperature got up to 34 C. I got into Memphis and it was HOT and HUMID.

That is one think ab out riding a motorcycle, you feel all the different weather. Not like sitting in a car not feeling anything.

It was time for a cold drink and settle in my tent for the night. 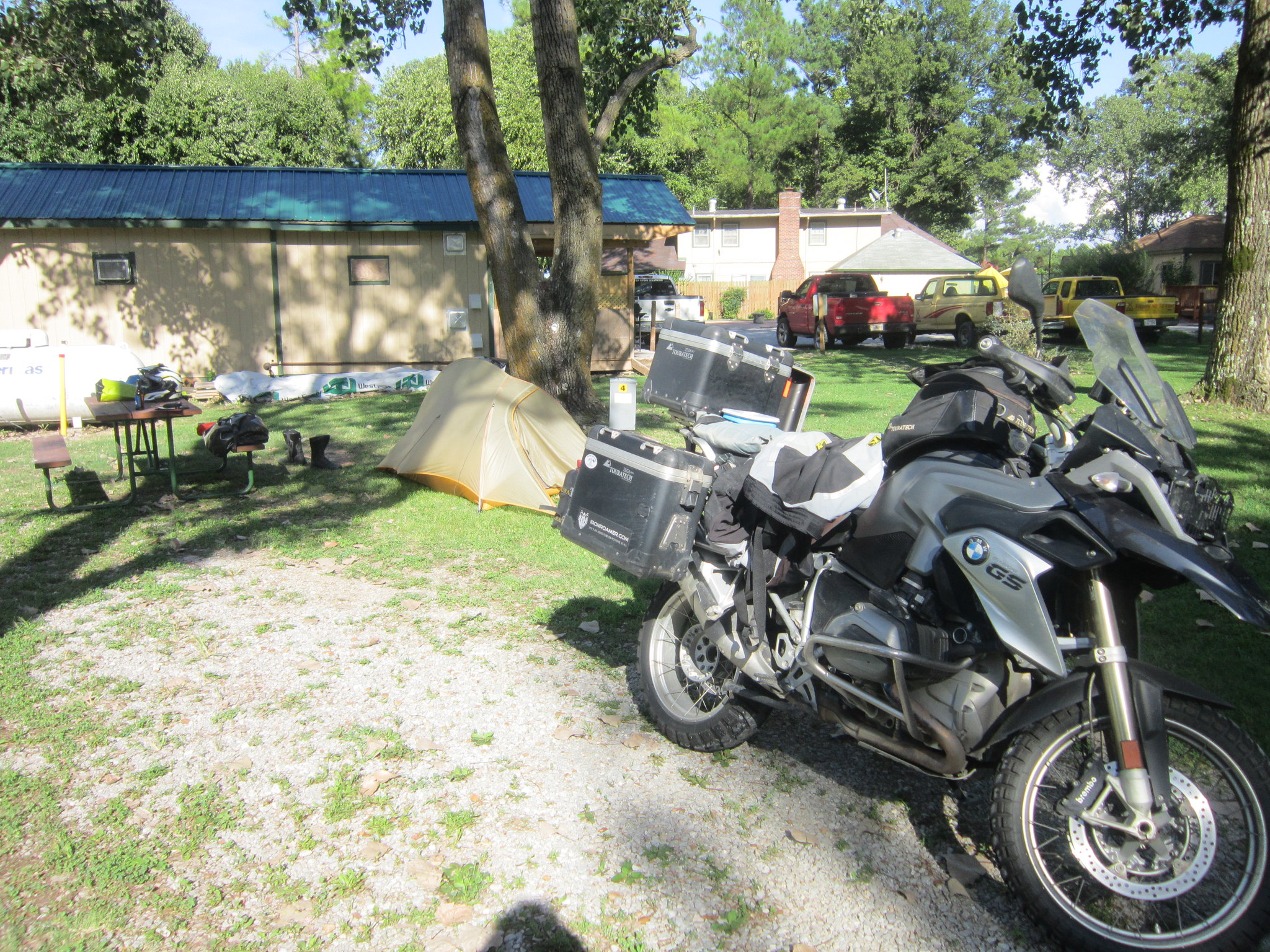 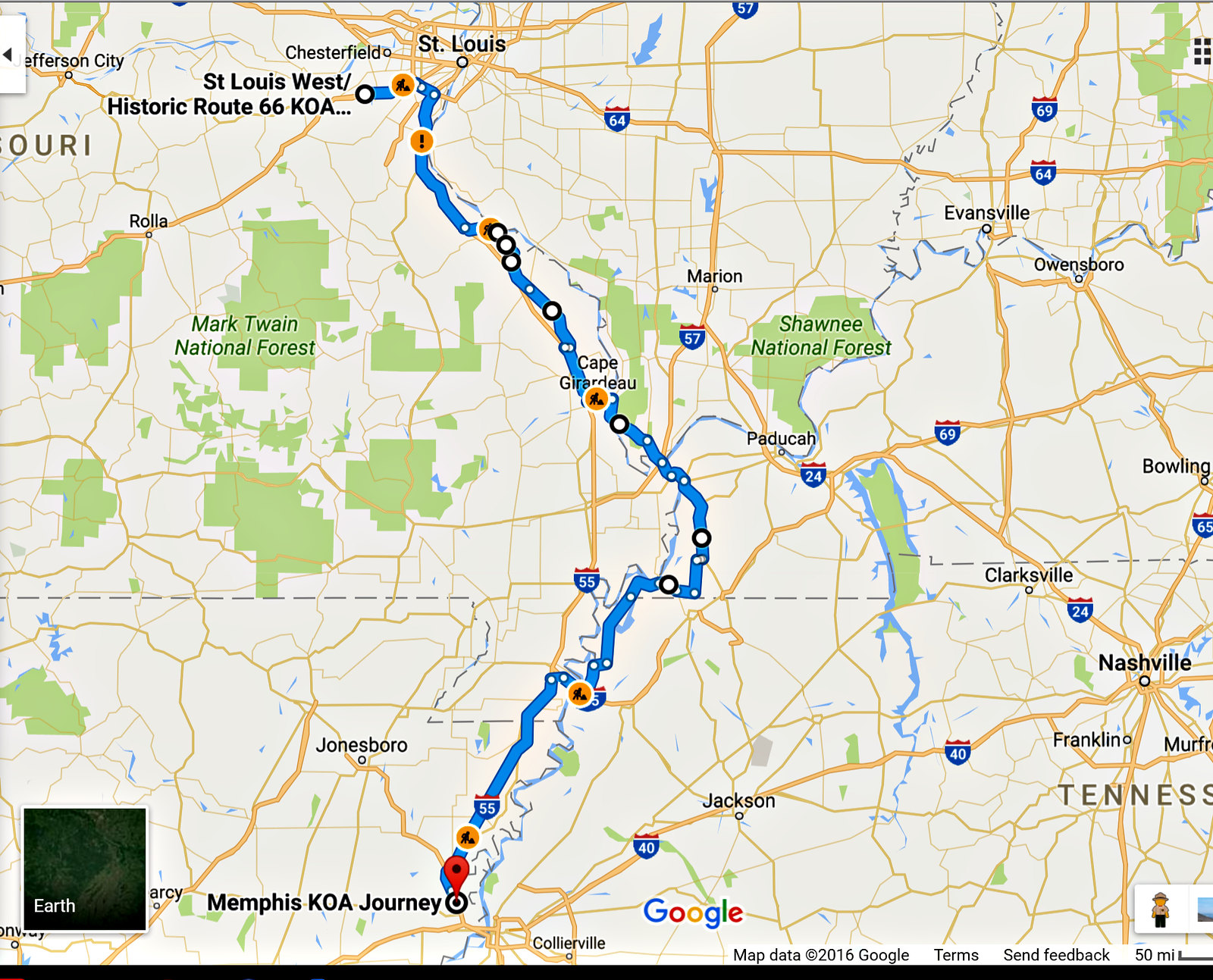