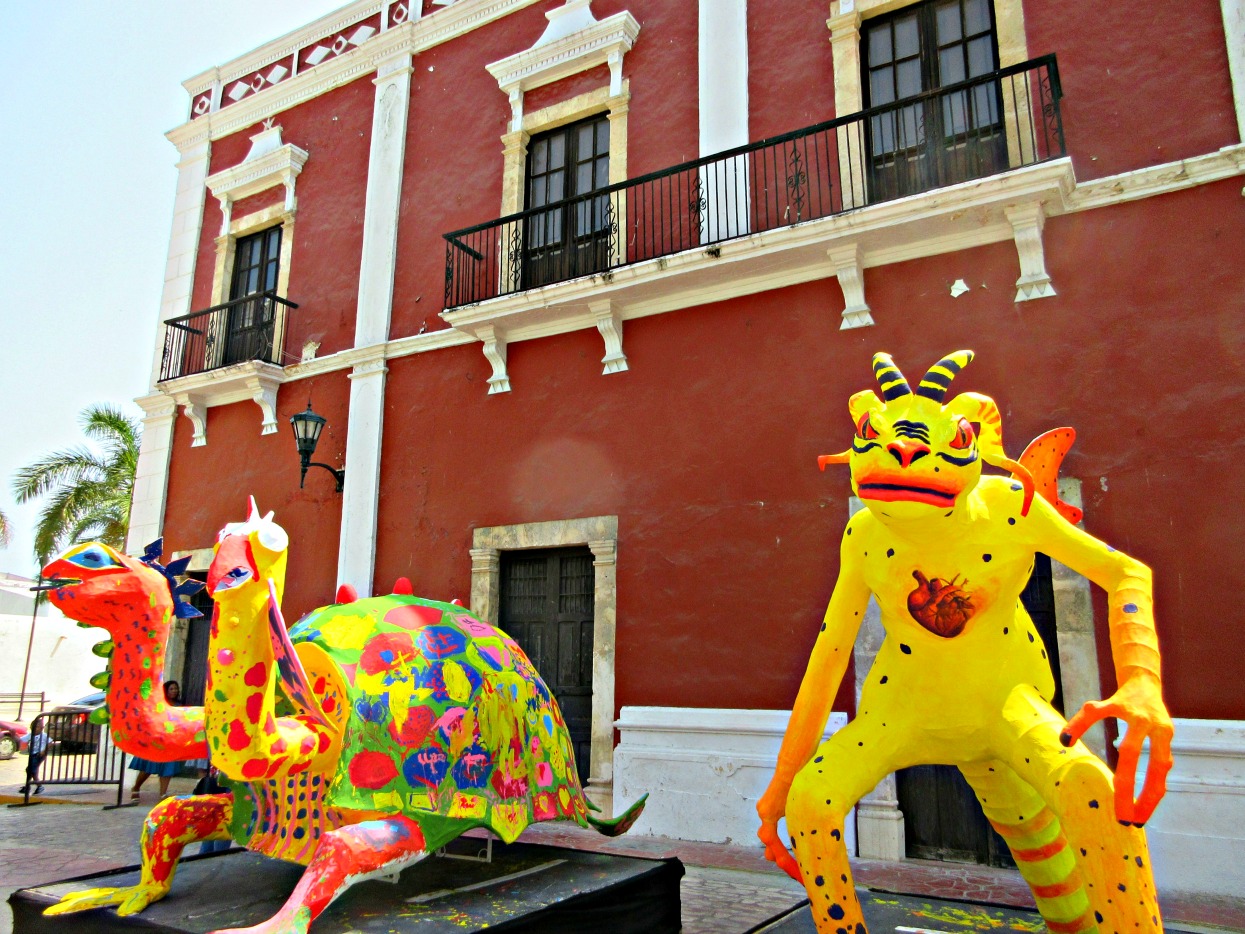 When I got back from Havana, I spent two night in Merida to get my act together, and then it was onto Campeche, Mexico.

The ride there wasn’t anything spectacular, the road was straight with bushes on either side, and it was hot!

It was a short ride so I stopped in at The Italian Coffee for a Frap. I was do hot.

I checked into my hotel but the power kept going off. That meant no WiFi and no air conditioning. The hotel was right across from a modern mall with recognizable names such as Chili’s and Starbucks. So I spent the evening enjoying the air conditioning, walking around the mall, and having a salad at Chili’s.

Founded in 1540 by Francisco Montejo, Campeche was terrorized by pirates and marauders until the city started fortification in 1686.

San Francisco de Campeche was originally an indigenous village, Ah Kim Pech, where the Spanish first landed in Mexico in 1517. The city of Campeche was founded in 1540 and fortified against pirates during the 17th century. It still has the appearance of a fortress. Historical monuments and buildings, such as the Franciscan cathedral, old Maya ruins, and the old city walls and forts, attract many tourists.

The fortifications system of Campeche, an eminent example of the military architecture of the 17th and 18th centuries, is part of an overall defensive system set up by the Spanish to protect the ports on the Caribbean Sea from pirate attacks like the 1663 Sack of Campeche.

The state of preservation and quality of its architecture earned it the status of a World Heritage Site in 1999.

My hotel was a good walk away from the historic site of Campeche. I walked there along a nice malecon 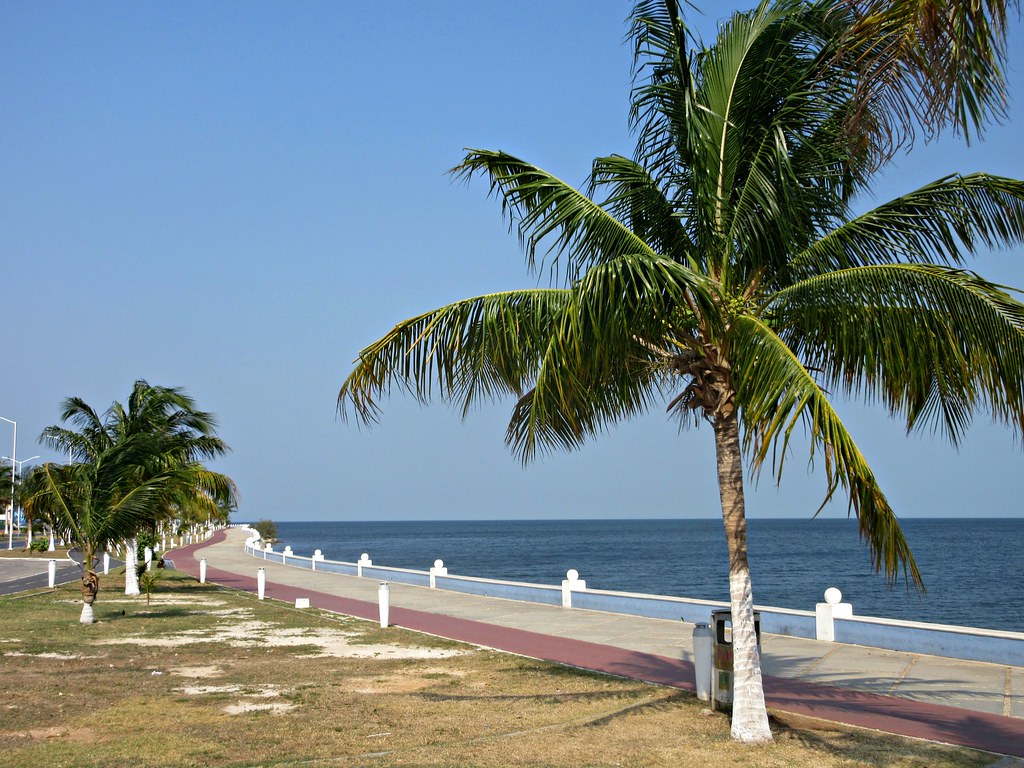 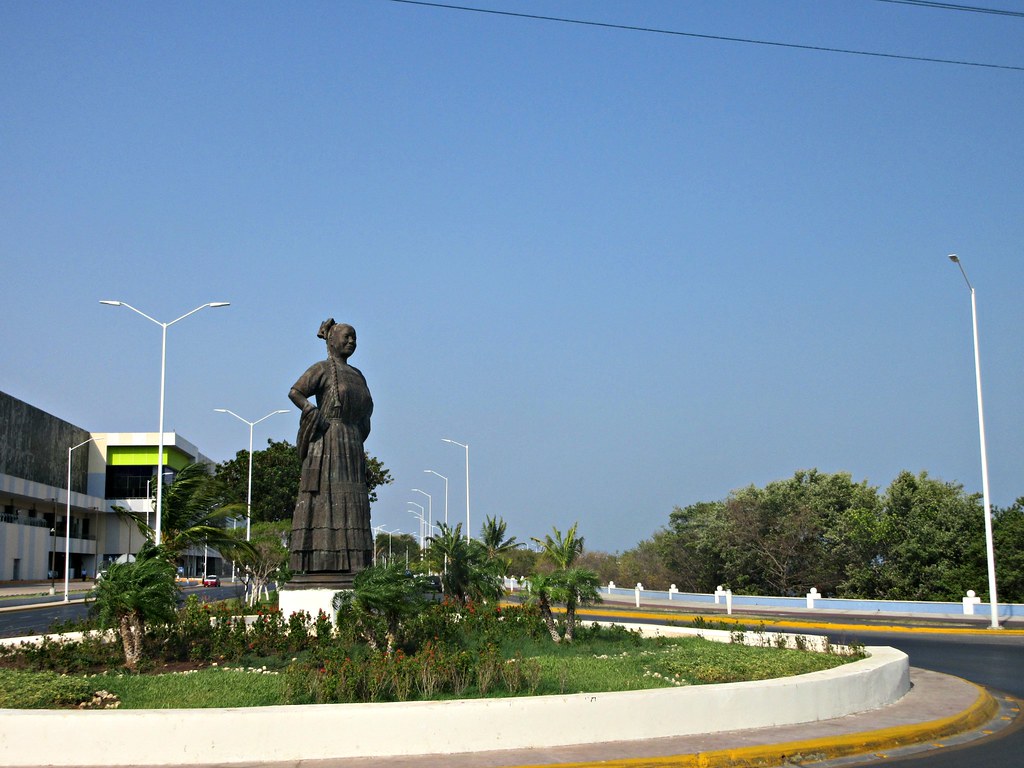 And finally arrived at the entrance to the old city. 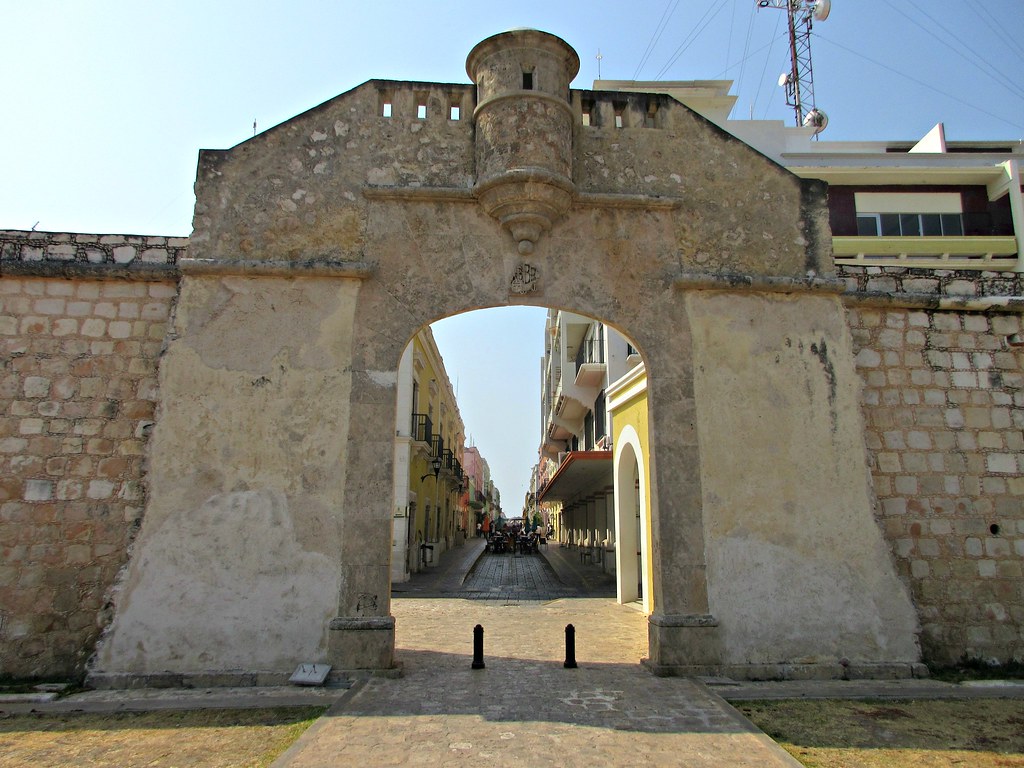 The historic center was so clean. Almost sterile. And there wasn’t really much happening. Where were all the people? 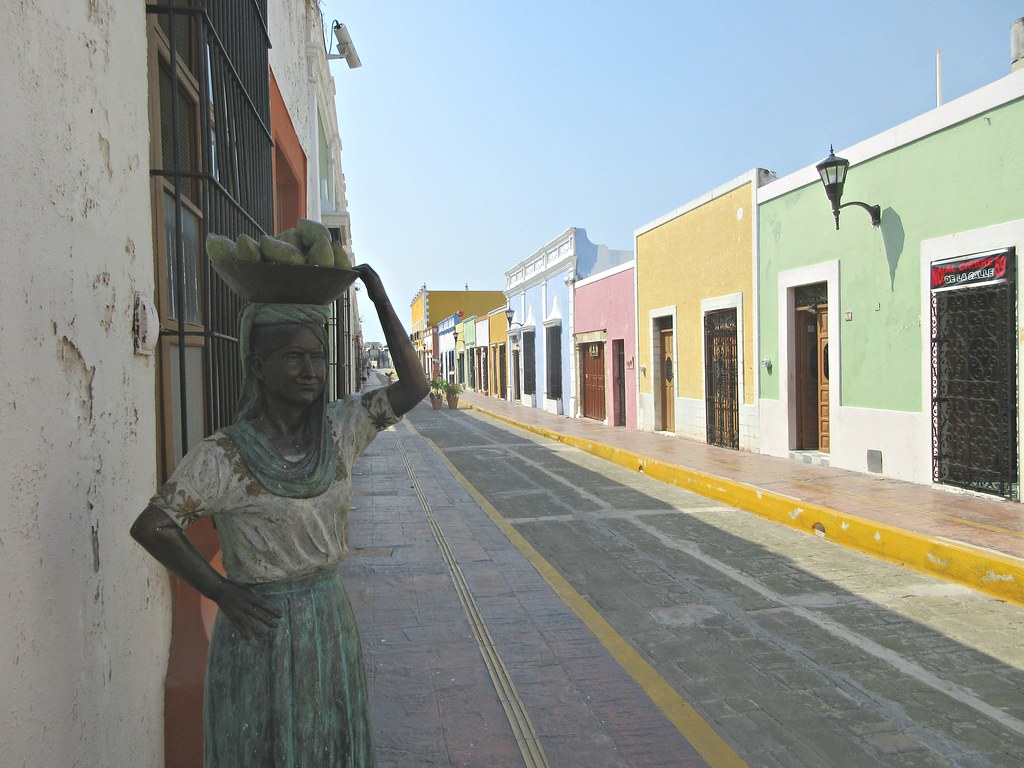 Perhaps it was too hot out. Who knows. I walked around looking for some sort of action.

Our Lady of the Immaculate Conception Cathedral

As is the case in practically every Mexican town, the main plaza and church are the focal point. 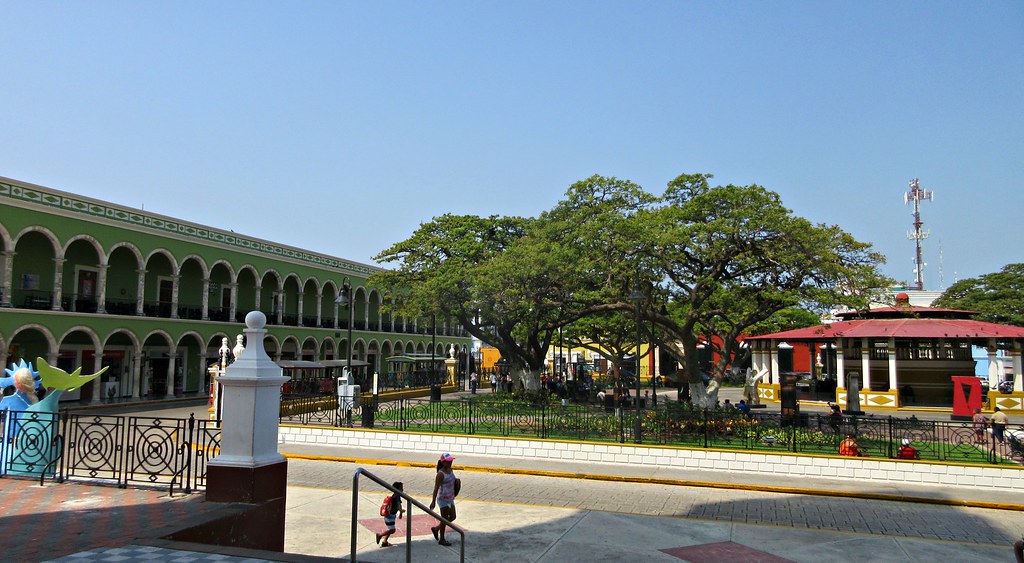 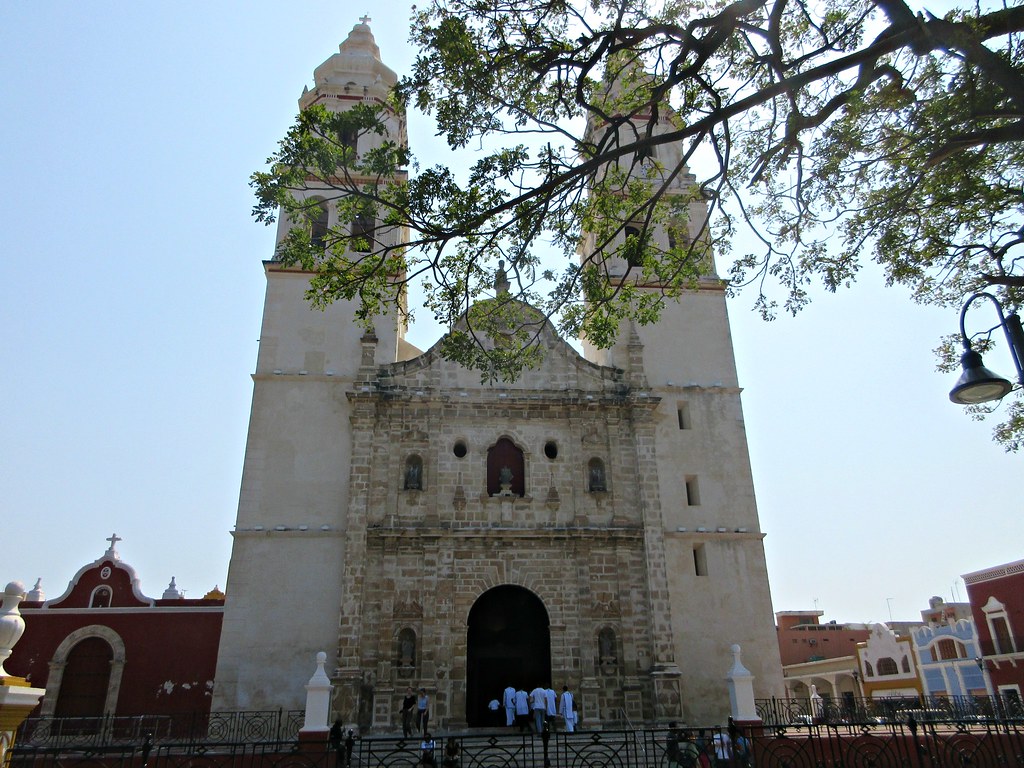 I always like to check out the inside of these churches. 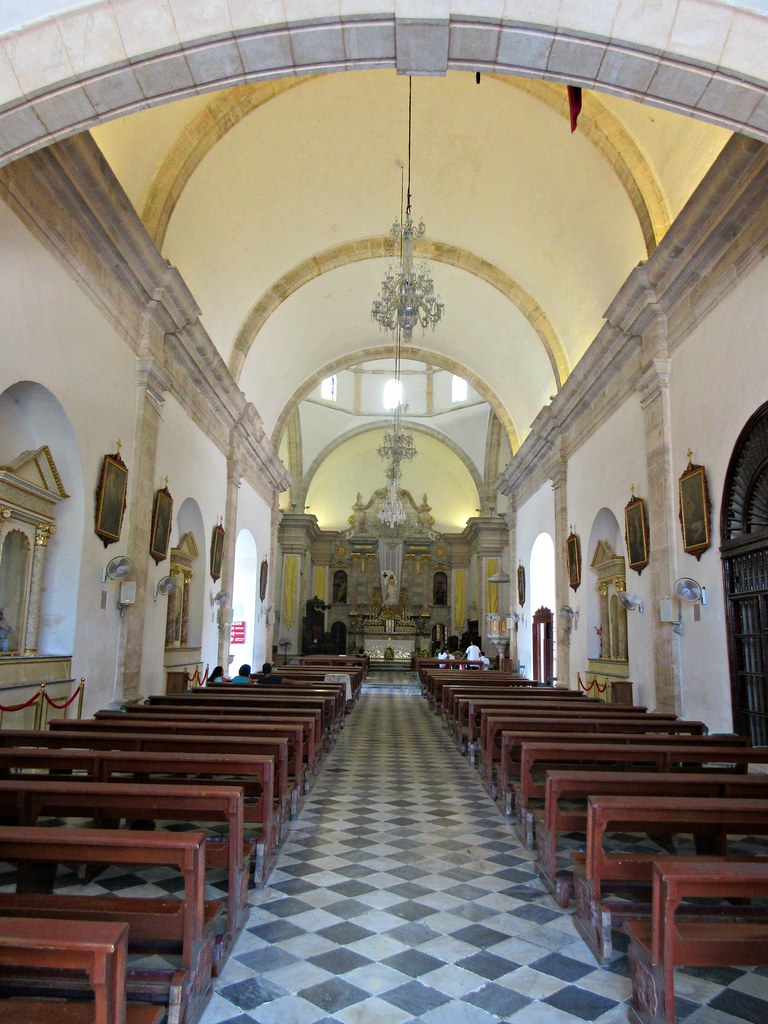 Well, even at the main plaza there wasn’t much happening. I sat on the church steps in the shade for a while just people watching. But there weren’t many people to watch. So I walked to check out another church.

This temple was erected by the Jesuits in 1716 and was an institute of higher learning until the Spaniards took over in 1767. 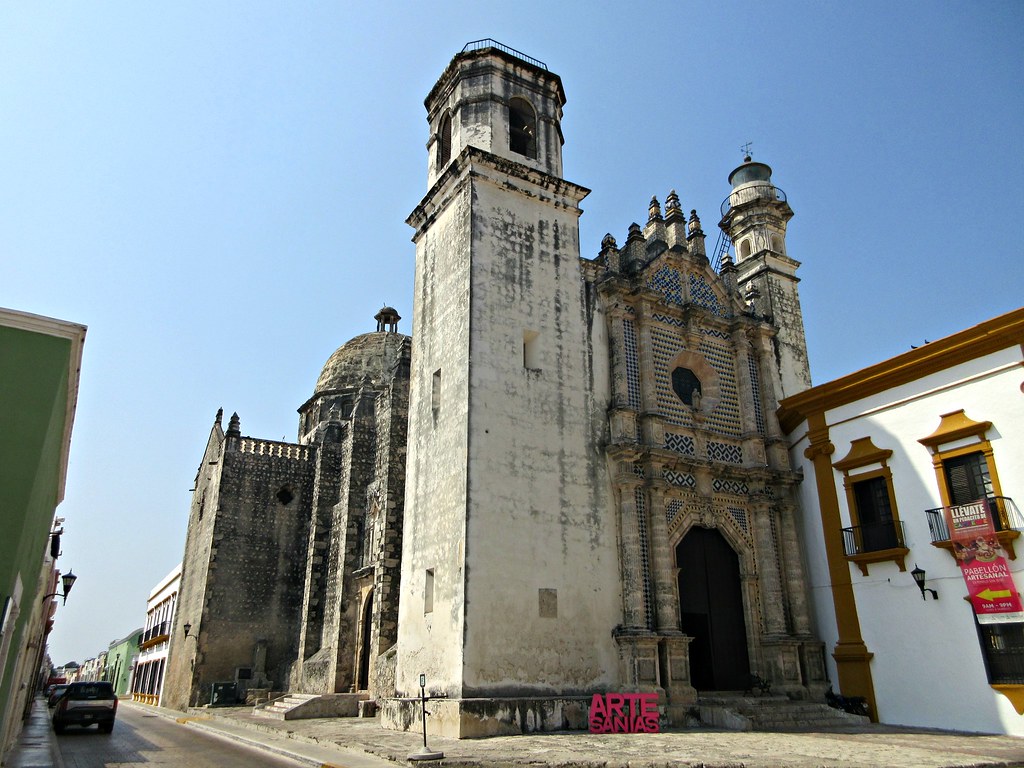 The doors were locked so I couldn’t check out the insides. It is a museum now. Not much into museums.

Well, there just wasn’t much happening in the town and no place that appealed to me to sit down and have a drink. Plus it was soooooooo hot!

So I headed back to the mall across from my hotel to have a Starbucks Frap and sit in the air conditioning.

Campeche is actually a modern and beautiful city. Just not much happening while I was there. 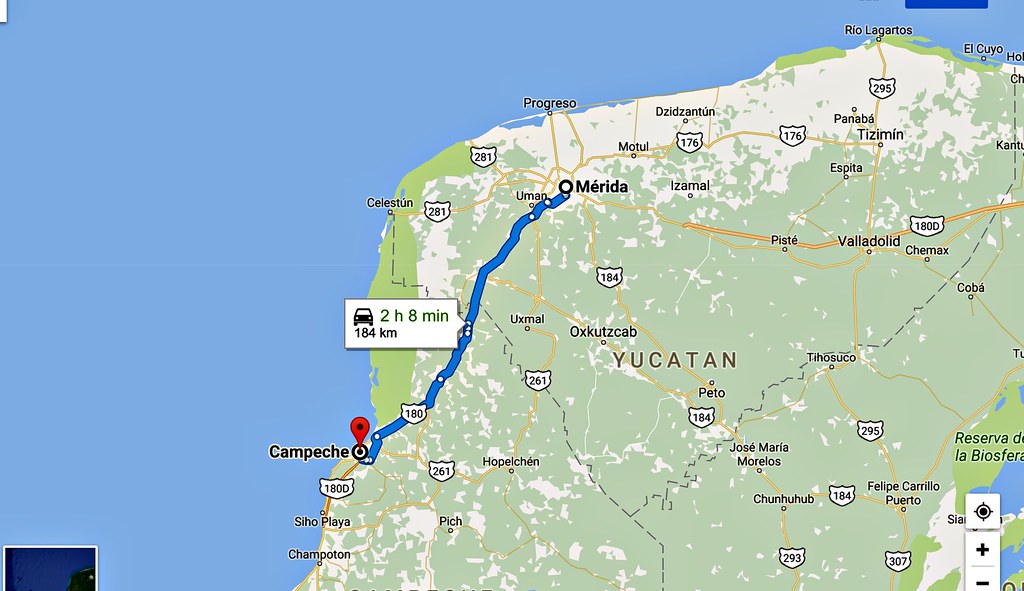 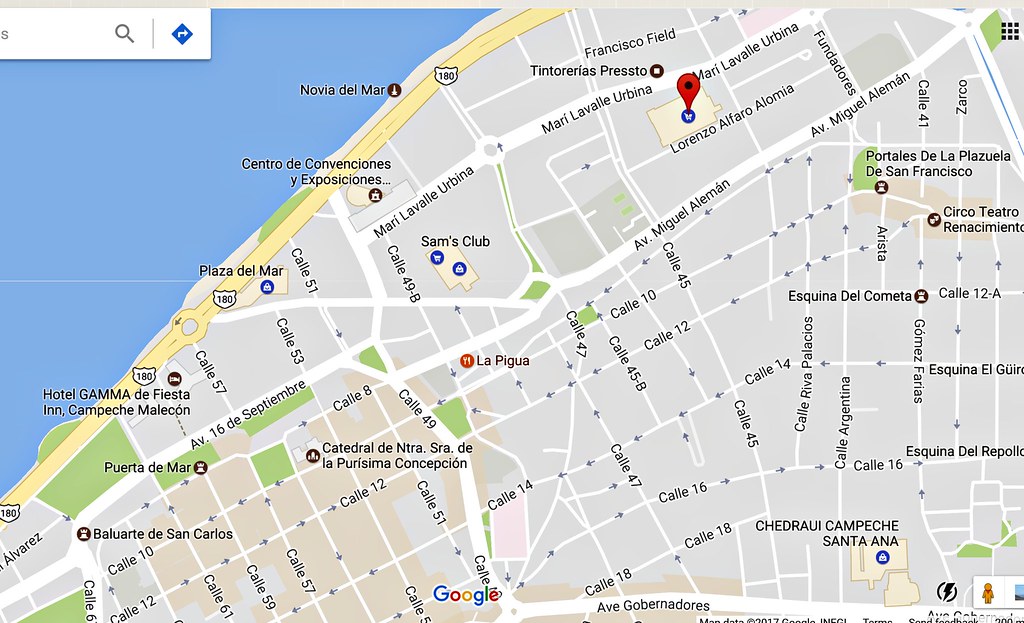