Today was about learning lesson about replacing tires while outside of Canada and the United States.

I was up early excited about replacing my tires.

There was one BMW Mottorad dealership in Monterrey – BMW Autokam Sierra. 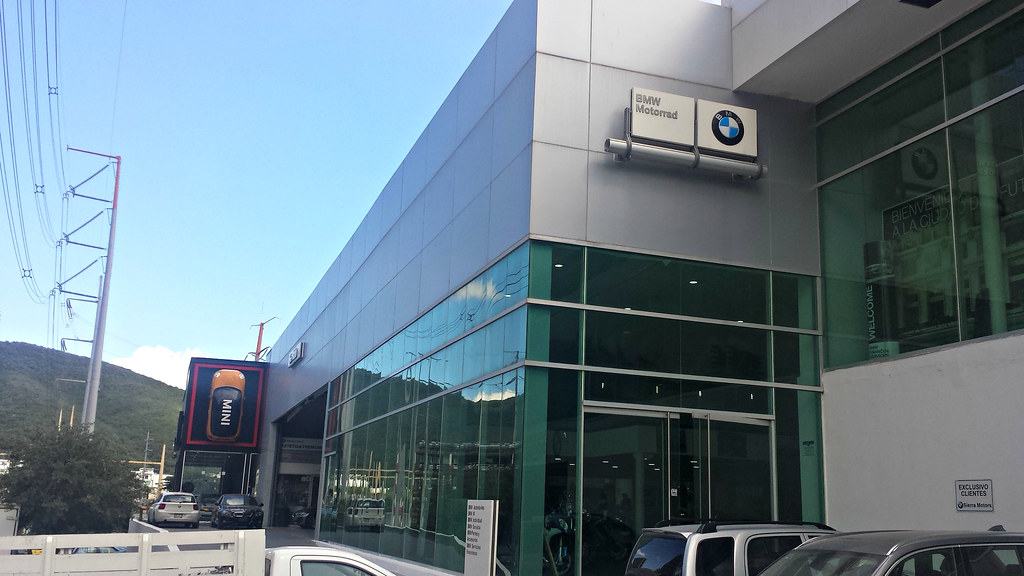 I was expecting it to be like North America where you walk in and have your choice of any tire you want – Wrong!

When I arrived I found one person who spoke English – phew! He checked around and said they only had Bridgestone tires. I was planning on replacing my Heidenau K60s with the same make and model. The most agressive Bridgestone tires they had were 80% road.

They suggested I go to the motorcycle shop area of Monterrey and they would have them.

Unknown to me, there actually is an area of Monterrey where most of the motorcycle shop are at. Apparently, this is common in Mexico.

I went to the place recommended by the BMW dealership. Parking for the shop is on the side walk huuummm. Well, they didn’t have any tires for my bike. But they did recommend the place one block down.

I got there and they tried to help. They best they could do is get 2 different tires and have them 4 days from now! That wasn’t going to work. They recommended another motorcycle shop a block down.

I went there and they had nothing. They recommended I go back to BMW, the “high end” motorcycle shop.

Back to BMW Autokam Sierra

Back I went to BMW Autokam Sierra. It looks like Bridgestone tires it is. They said they could have Bridgestone Battle Wing tires for me in 2 hours. Then it would be lunch time. After lunch they would get to it and my bike should be ready by 2 pm.

Well, that was about the best I could do. Bridgestone is a good make, but I wanted something more 50-50 offroad. Oh well.

It was the best thing to do. As I was looking around and people were inspecting my tires, I notice small cracks in my front tire as well.

I checked around with contacts while I was waiting about how they get their tires. It all looked so easy on their blogs. It turns out that they do a lot of planning beforehand. When they know they will need to replace their tires soon, they contact the country distributor for the tires they want. Then they make arrangements to have them at a predetermined place to install. Who knew? Not me.

After that I did contact Heidenau Mexico and they don’t have a distributor in Monterrey.

Well, I had a few hours to kill. I sat around for awhile and then went for a walk. My Starbucks radar is still working!! Look what I ran into! 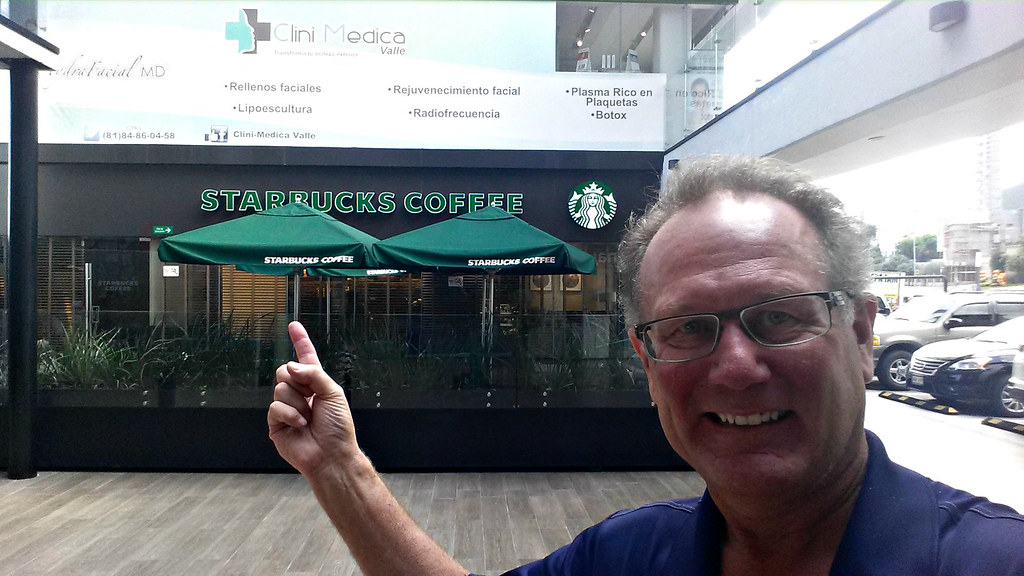 I also looked around for a haircut place. They only one I found for men had all men barbers or whatever you call them. For me, I just don’t want a man cutting my hair. Not that there is anything wrong with that, to quote Seinfeld 🙂

So I went back to BMW. Of course my bike hadn’t even made it into servicing yet. So I waited some more. 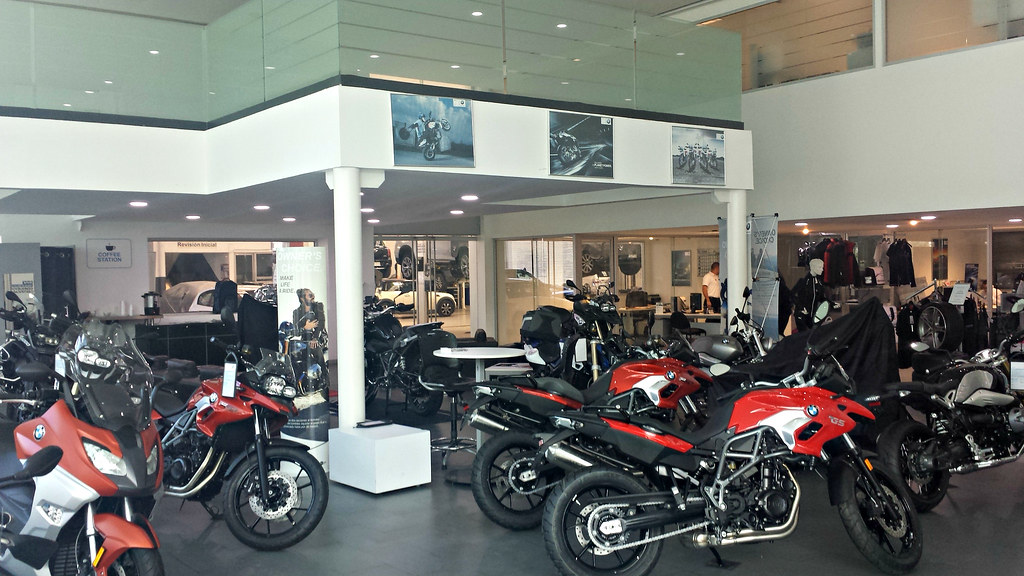 While waiting a guy came up to me and started talking in English. He lived in Monterrey but his son was now in San Jose, California. When he found out what I was doing he had some warnings and advice for me.

The warning was that I could be killed by gang members who wanted my motorcycle. He thought I was very brave doing what I was doing.

His advice was not to stop anywhere between my destination and not to speak to anyone. He said he doesn’t do that and he lives there.

He said if someone approached me, tell them I am am riding with a group and they should be here in a few minutes.

I am sure he meant well, and I am sure there is an element of truth to what he said. However, I do not want to live my adventure that way. And so far, his experience or perception has not been mine.

For better or worse, I will continue to stop and interact with people where I can. However, I will take certain precautions.

Finally my bike was on the stand. 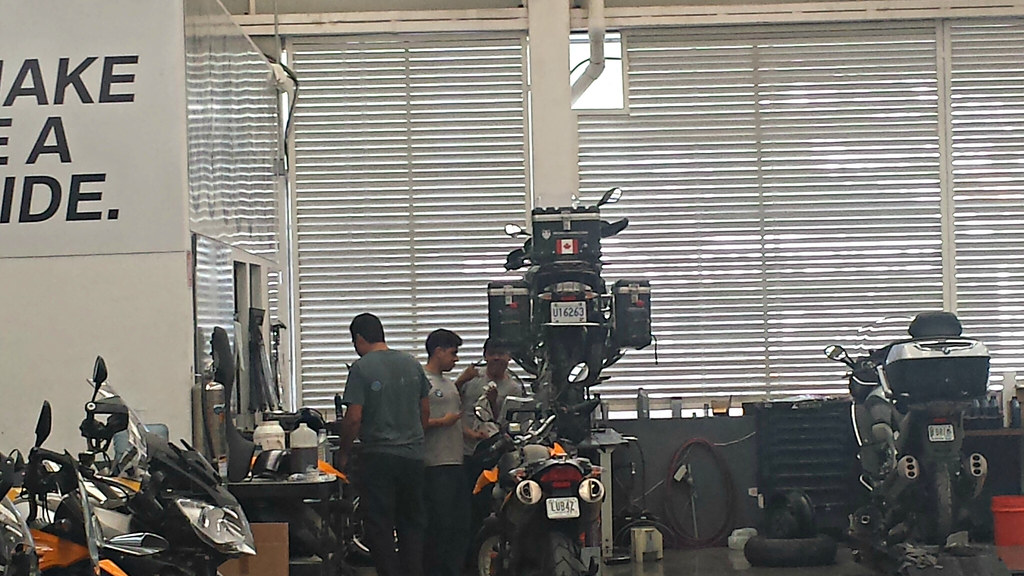 And here are my new tires! 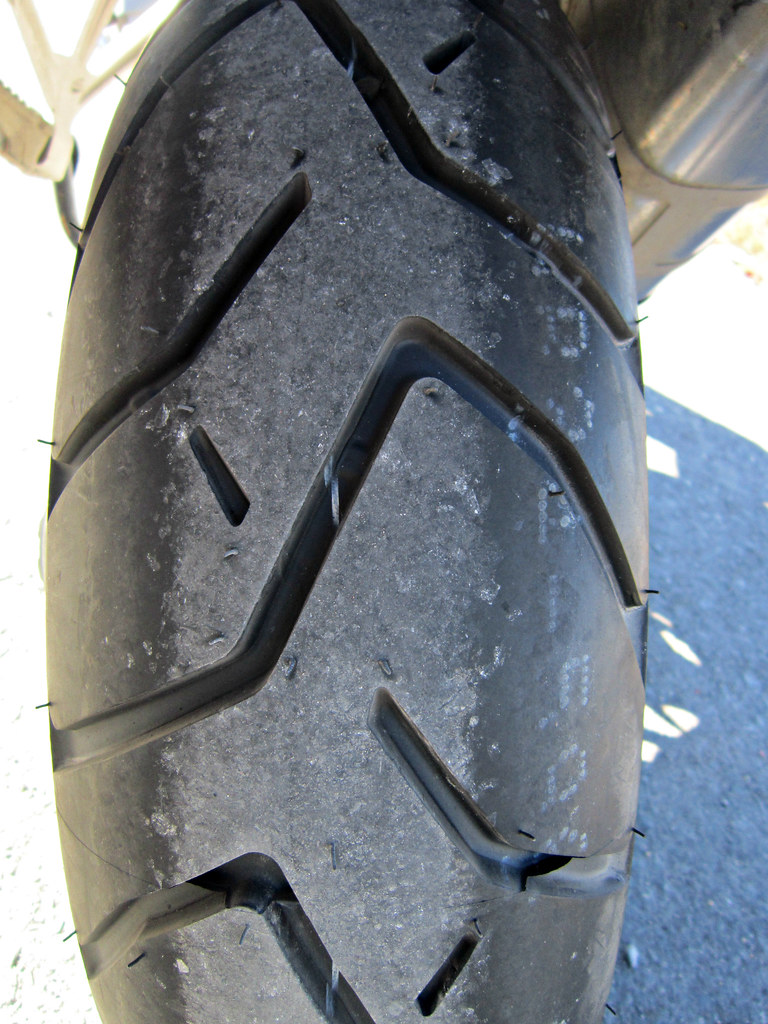 Back to my hotel calling it a day. It was nice to have new tire and not have that worry. 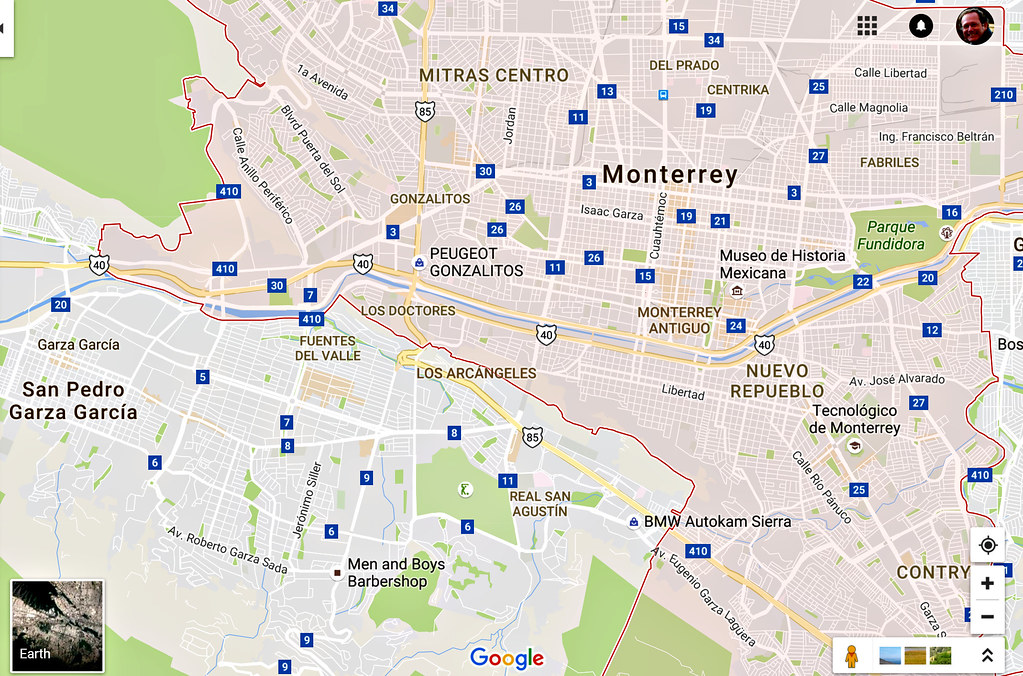