Crossing the Border at Tijuana

I was up early and took advantage of the free breakfast at San Ysidro Travelodge as I expected a long day.

The Tijuana Border was only minutes away from the hotel and I was there before 8 am. I was apprehensive. I knew this would be the easiest border I would encounter. But it was the first time I had to get a visa for me and also import my motorcycle.

As approached the border there was little traffic. I had done some research beforehand on how to cross the border. I kept to the far right and entered the lane that says you have something to declare. This takes you to a compound partially fenced in. You can see it in the bottom left of the following photo. 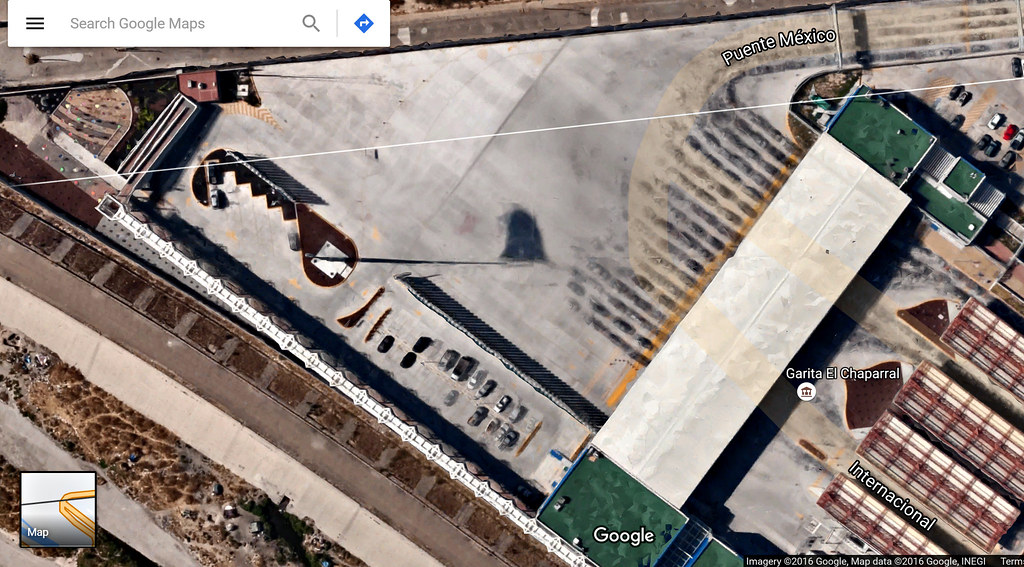 I was the only vehicle in the parking lot. The building in front of me was blue and I could see immigration written on it. I walked through the big glass doors. To my left were counters that I thought could be where I get my tourist permit. But they directed me further ahead to the next doors and turn left.

As I turned left there was a small office with two people in it. They confirmed this is where I get me tourist permit. I told them I wanted one for 180 days. The one officer took my passport and copied the details onto a card.

I was then told I would need to go to the Banjercito bank across the hall to pay for the permit. Off I went.

At Banjercito I paid $27.89 USD for my Tourist Permit. I asked if I could get my Temporary Vehicle Import Permit here as well. She said yes, but first I would need to get my Tourist Permit stamped at the office I just came from. So back I went.

After showing proof of payment from Banjercito I got my Tourist Permit stamped. Now it was back to Banjercito to get my Temporary Vehicle Import Permit.

The clerk at Banjercito didn’t speak much English. But then again, I spoke basically no Spanish 🙁 But we struggled through. I needed to produce my vehicle registration and passport. And pay a $400 USD deposit that I would get back when I exited Mexico. And $79.87 for the permit itself. It took a while, but I finally got the documents I needed to travel Mexico for the next 6 months! 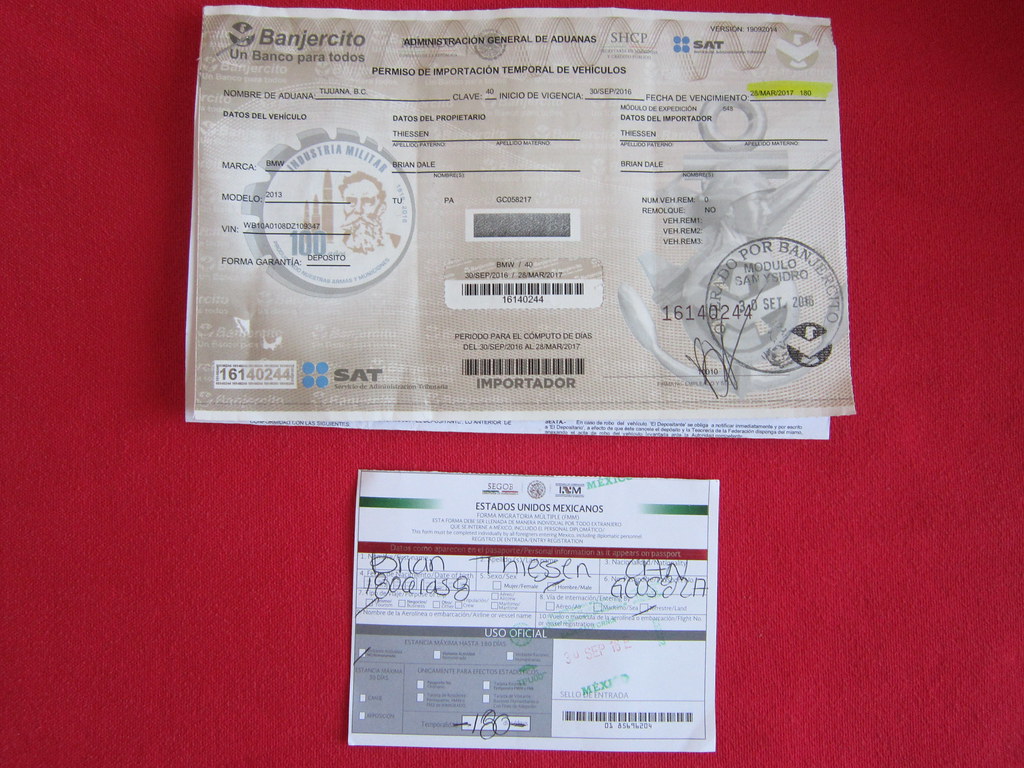 I left the building and I wasn’t sure where to go. The only lines I saw were the nothing to declare lanes. People were just driving right through into Mexico. I was expecting to talk to a customs agent first. Huuummmm this is different than what I was use to. Well … here goes. I rode through the nothing to declare lanes. Some people were being flagged over. Of course I was one of them.

Being flagged over turned out great. The agent who came to me was gorgeous ha ha ha. She must have been new as she was timid and friendly. She just asked me to open my paniers and that was it. We had a nice conversation and I could go.

I was in Tijuana!!

Being in a different country – FINALLY – was awesome. Immediately there were different sights and smells and language. I love it. It reminded me right away of the international work I had down and all those good memories. I let out a “YAHOOOOOO.”

I just followed my GPS through the maze to get to the free road out of Tijuana and head south.

I wanted to take the free road vs. the toll road, not only to ave money but to experience the villages. I set my GPS to avoid tolls. The road was awesome as it hugged the coastline. At one point I ignored my GPS when I saw Hwy 1 Scenic Road. I couldn’t resist. I en ded up on the toll road and had to pay a dollar. They had sucked me in ha ha ha. I got off of the toll road as soon as I could.

I wanted to get away from the border area where crime is most prevalent. So I was headed to the Hotel Baja Cactus in El Rasario.

The trip there reminded me of Uganda …the road through towns with speed bumps … dirt roadway and parking on either side … decrepit stores of every kind lining the dirt roads … and people everywhere. It was awesome.

I finally arrived at the Baja Cactus Hotel. It was recommended by bloggers I followed. The place was amazing for only 480 pesos. 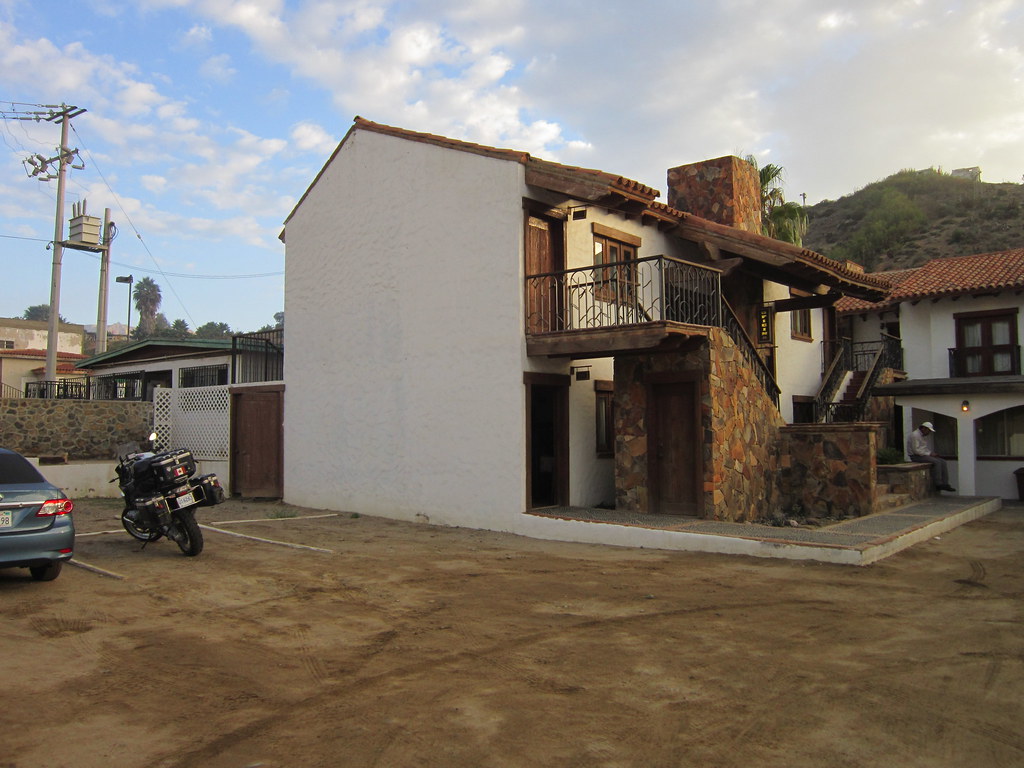 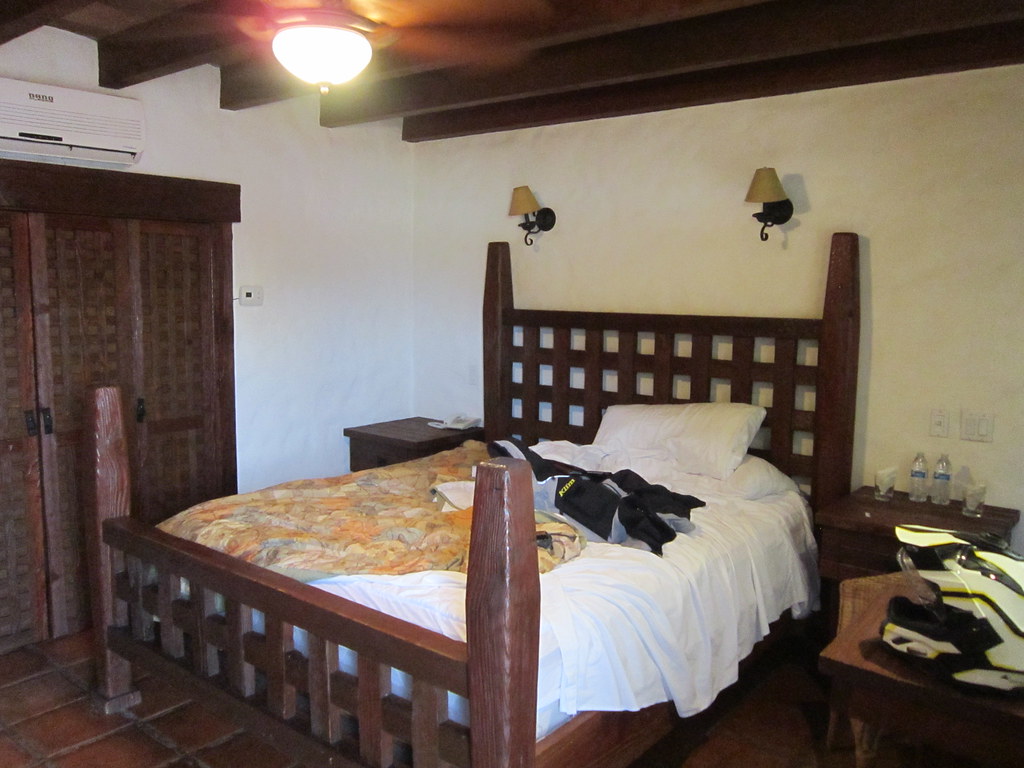 I immediately went shopping for some beer and nachos and celebrated entering Mexico. 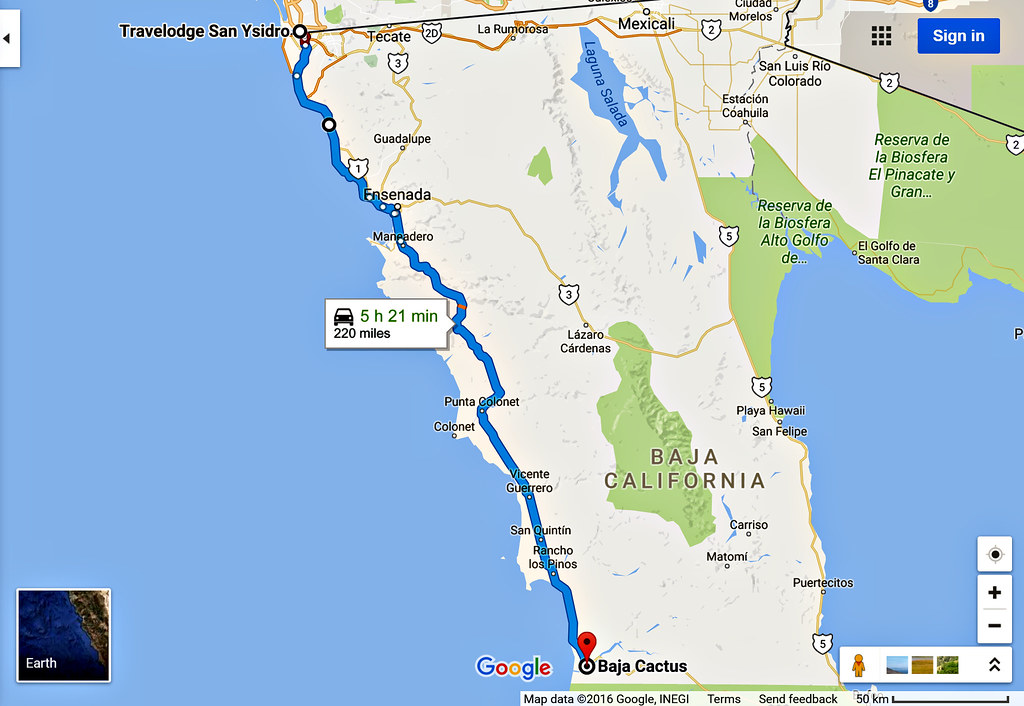