According to my Google search, one of the top ten places to watch the Día de Muertos (Day of the Dead) celebrations was San Miguel de Allende. It is just ride from Santiago de Quertaro.

I was in no rush to leave this morning as it was only a hour or so ride to San Miguel de Allende. So the first thing was coffee. Now I found out there isn’t a Starbucks downtown, but I did pass one the day I arrived just a few blocks from my hotel. That is where I went to enjoy a hour or two before leaving.

The ride to San Miguel de Allende was fairly routine. There was a beautiful viewpoint just before going down into the town. 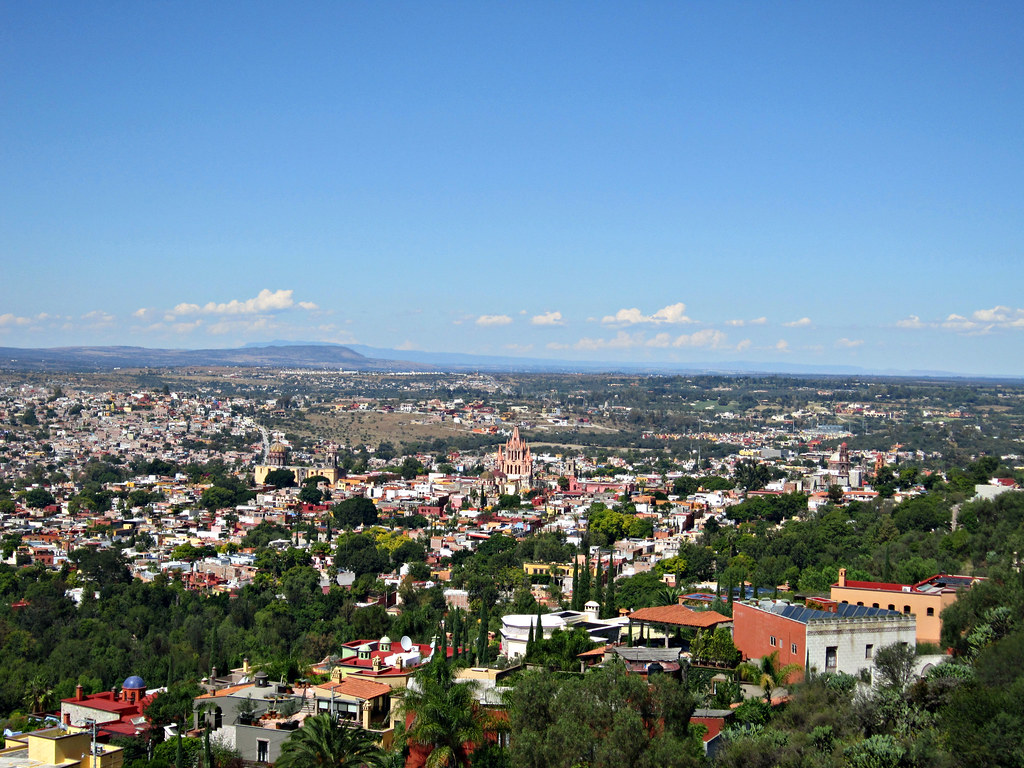 For staying at San Miguel I had booked an Airbnb. I put the address in my GPS. My GPS took me on Mr. Todd’s Wild Ride down and around narrow pot holed cobblestone roads. I was dying inside. The weight of my bike takes a lot of energy to control for the unskilled rider – me! When I got there I didn’t see the address. It just so happened there are 2 streets with basically the same name and they both have the same house number. A lady parked in front of me and was trying to help me with directions to the other street. As we were figuring it out, another lady came up to me and said, “Are you Brian?” Well I was taken aback. Who do I know here? She then said she was the owner of the Airbnb and it was just up the block. YAY!

The place was quite comfy. I’ll show photos in another post.

The centre of San Miguel was only a few blocks from my place. It was early in the day, so I went out to explore. 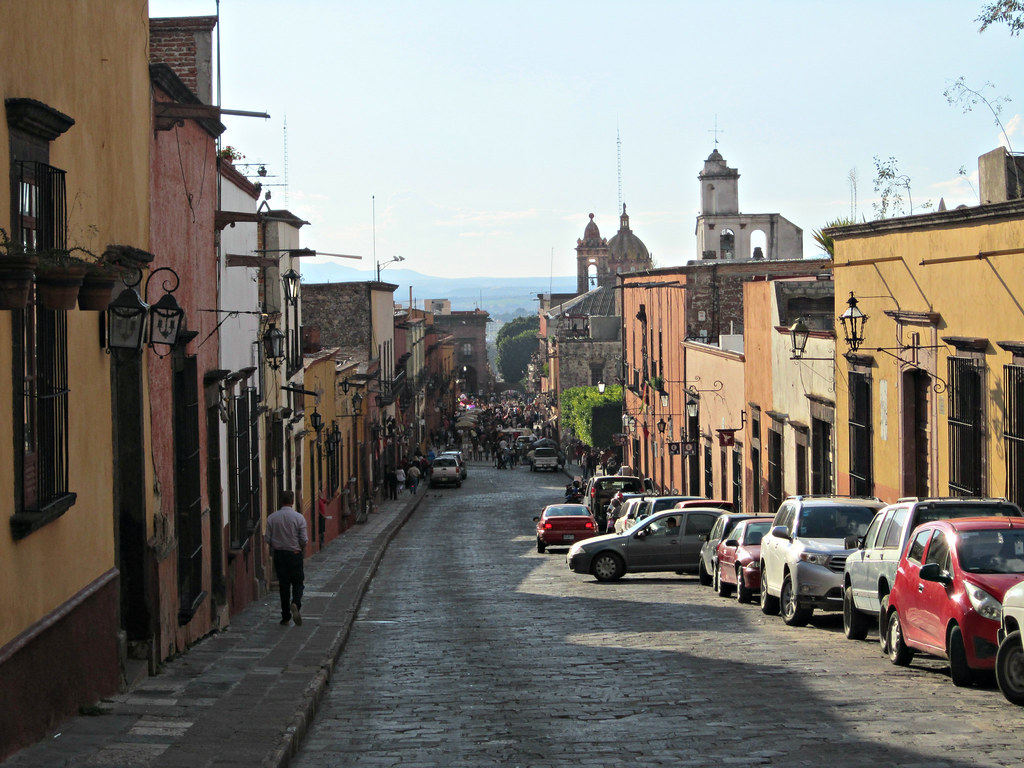 Like every Mexican town, there is the main plaza usually with a church at one end. San Miguel has several “sub” plazas I guess you could call them. 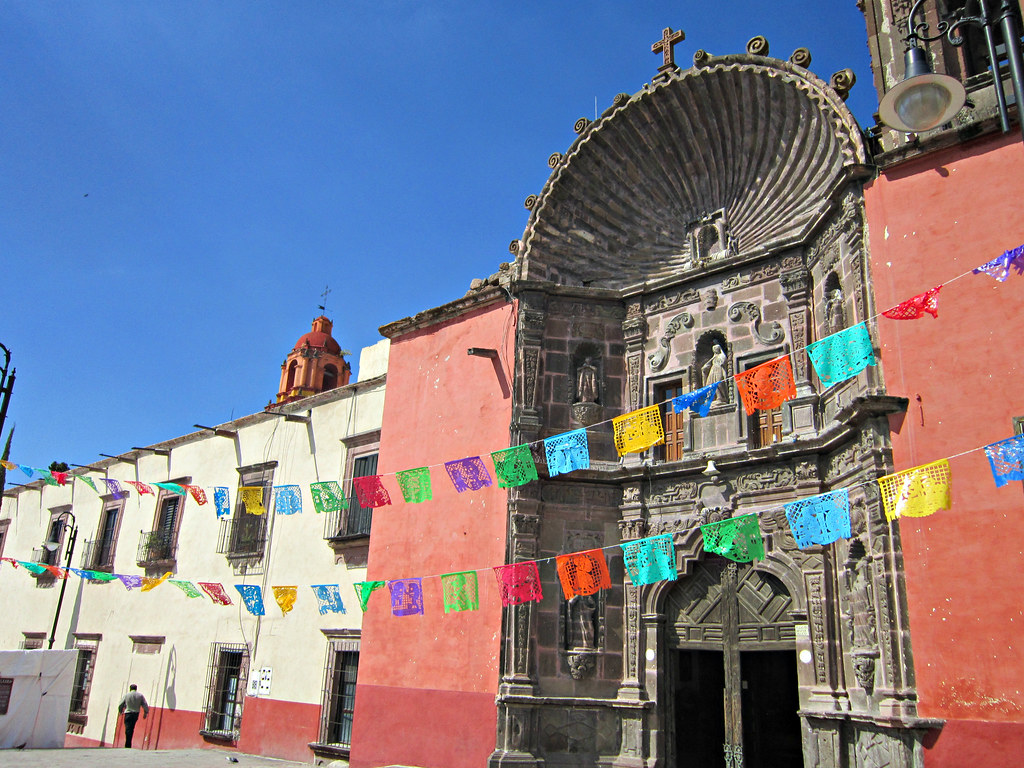 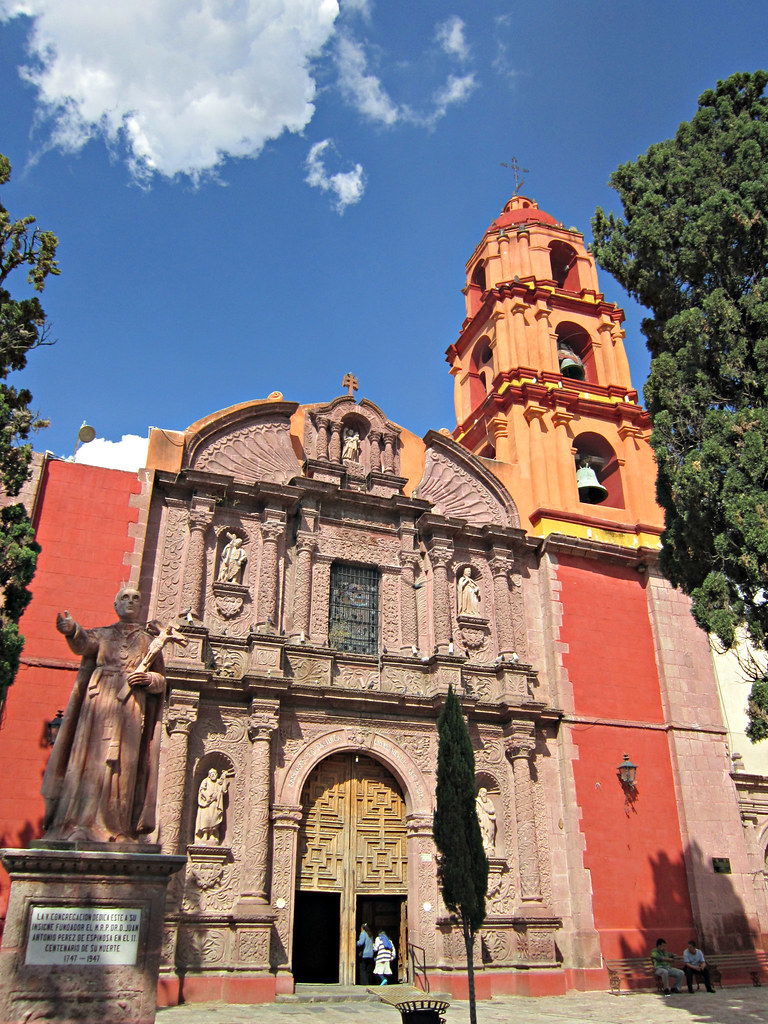 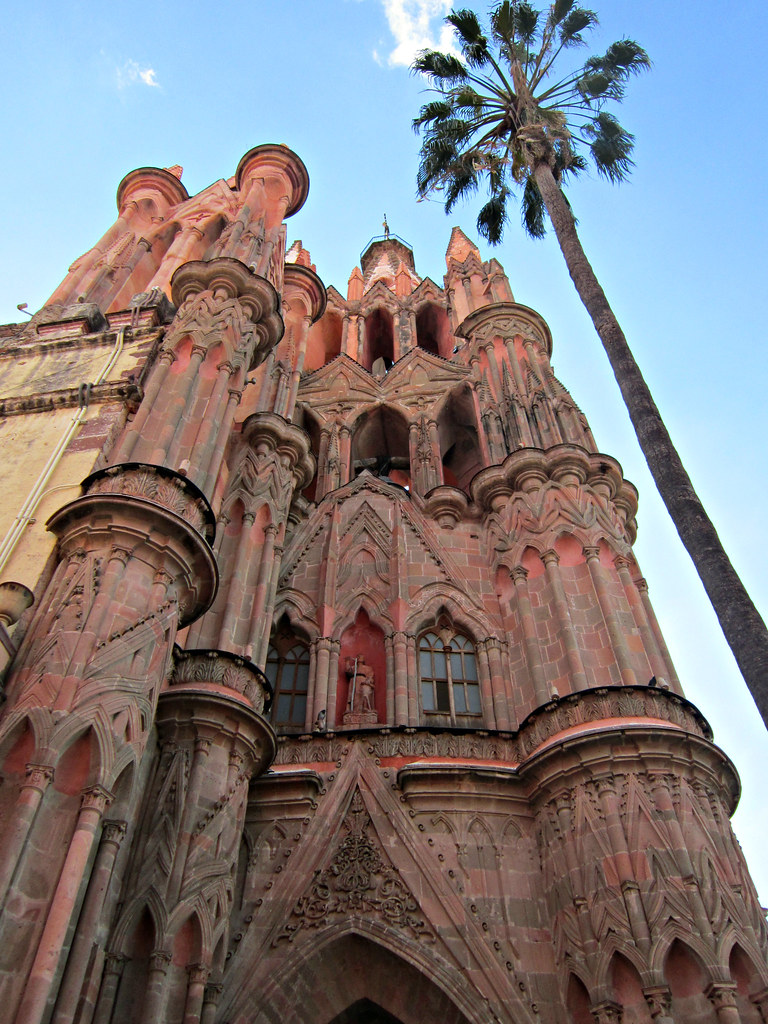 Around the plaza preparations were taking place for the Day of the Dead taking place the next day. People were building memorials for loved ones. They were elaborate and not somber, but rather fun and celebratory. 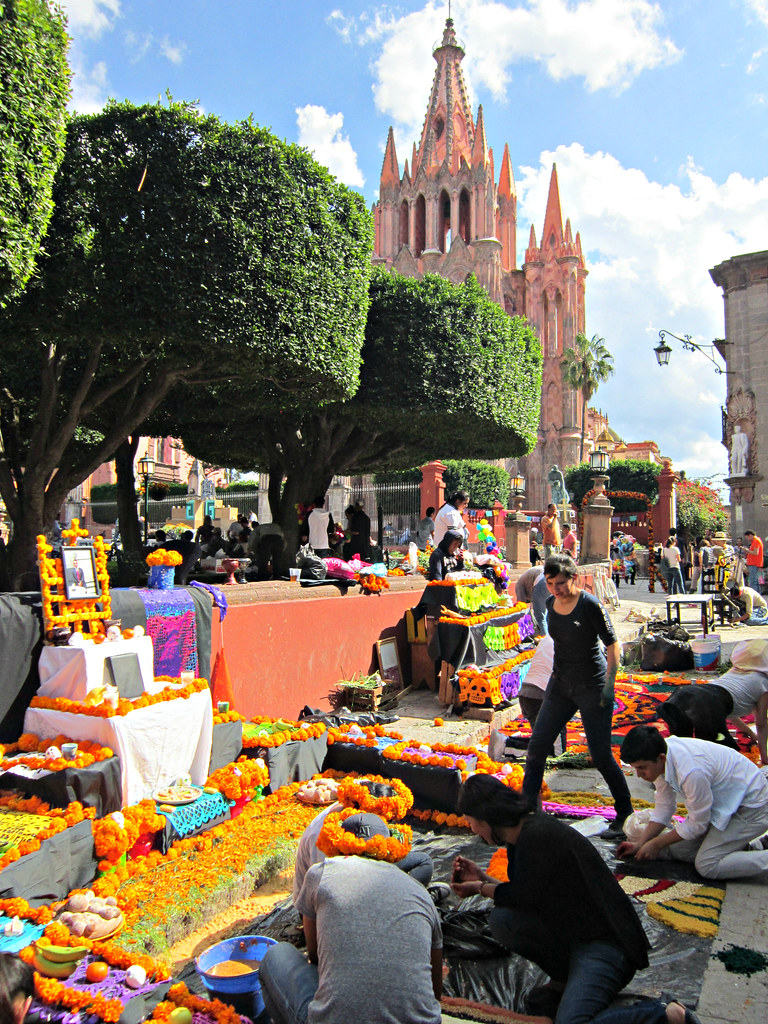 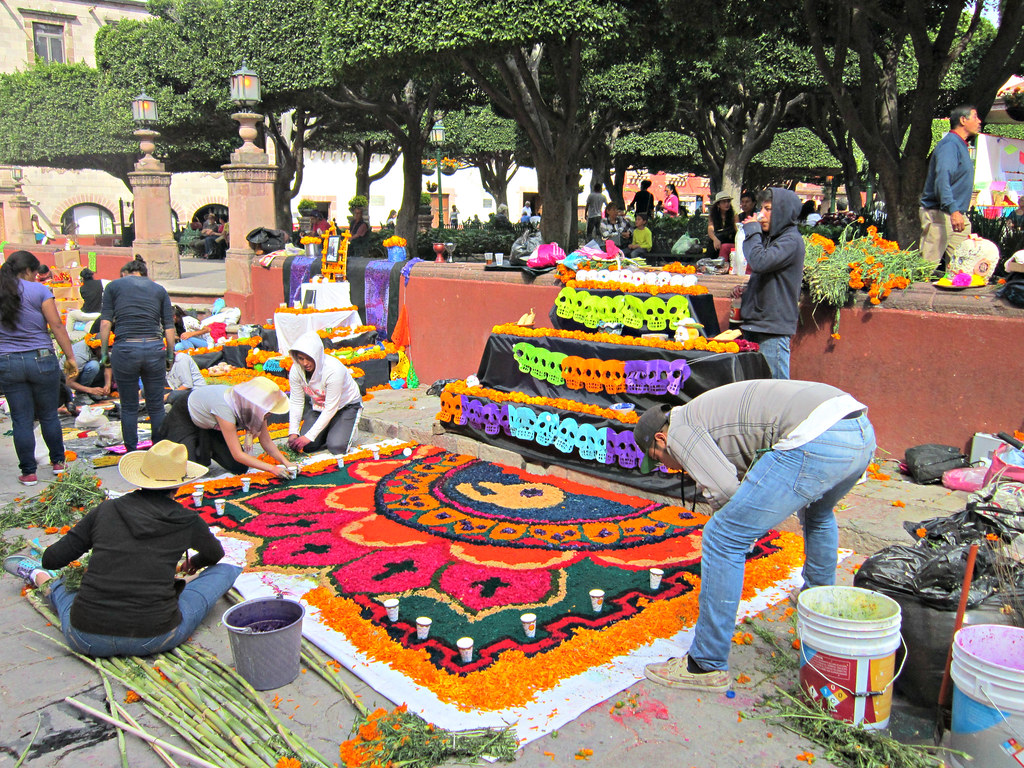 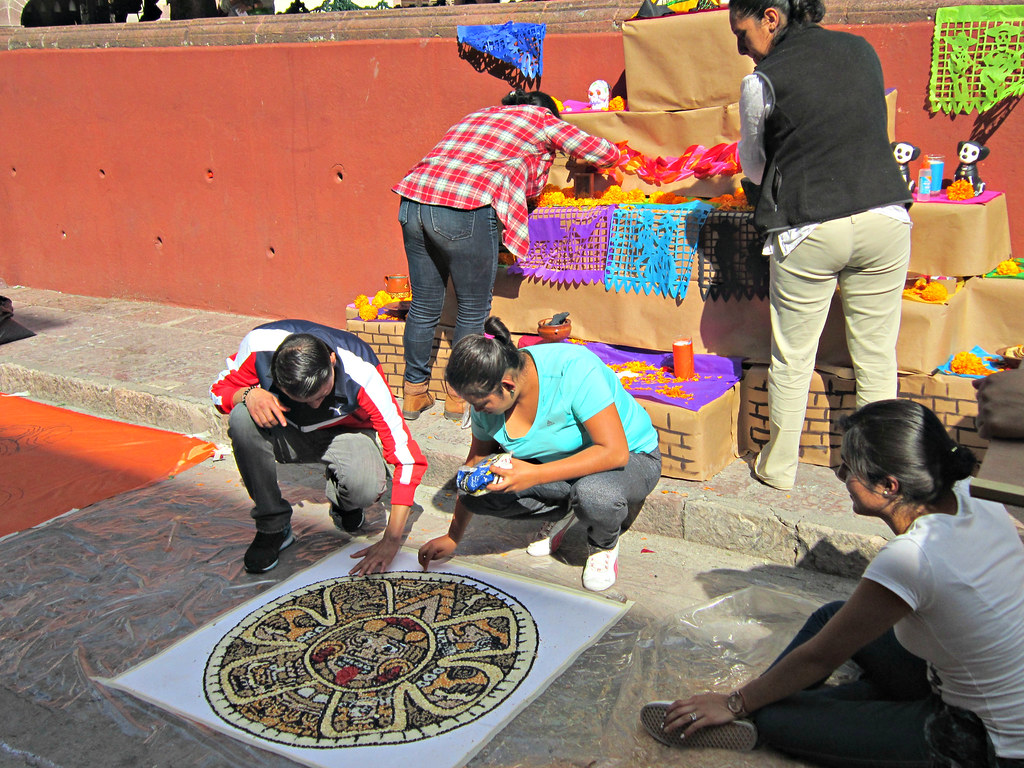 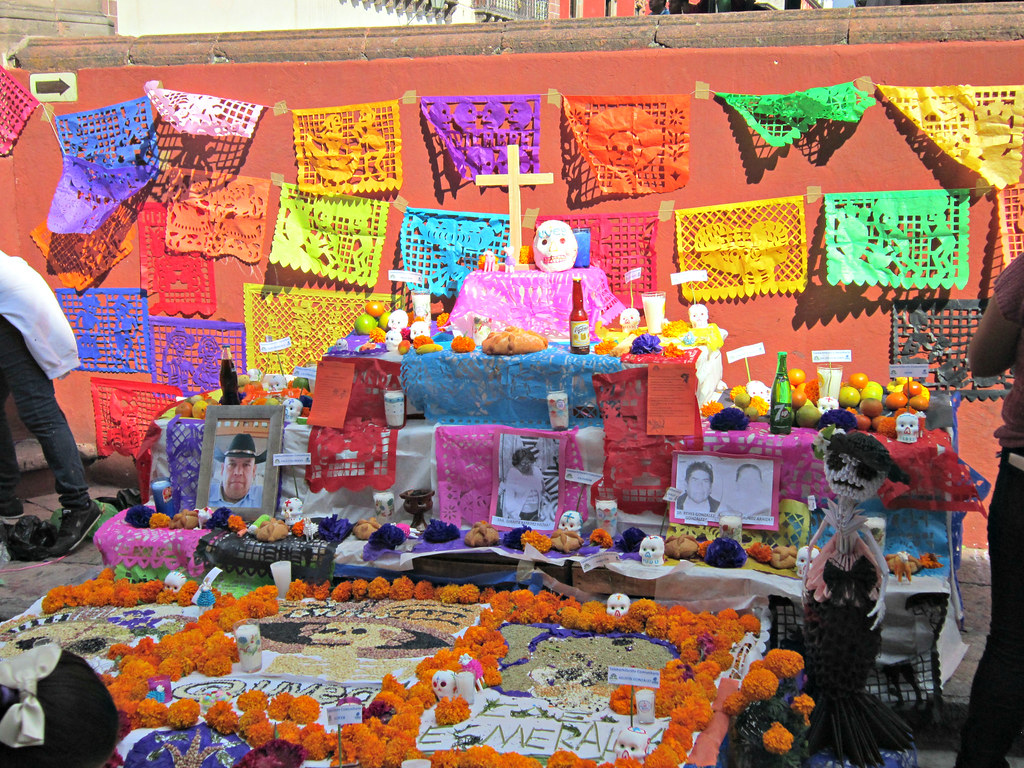 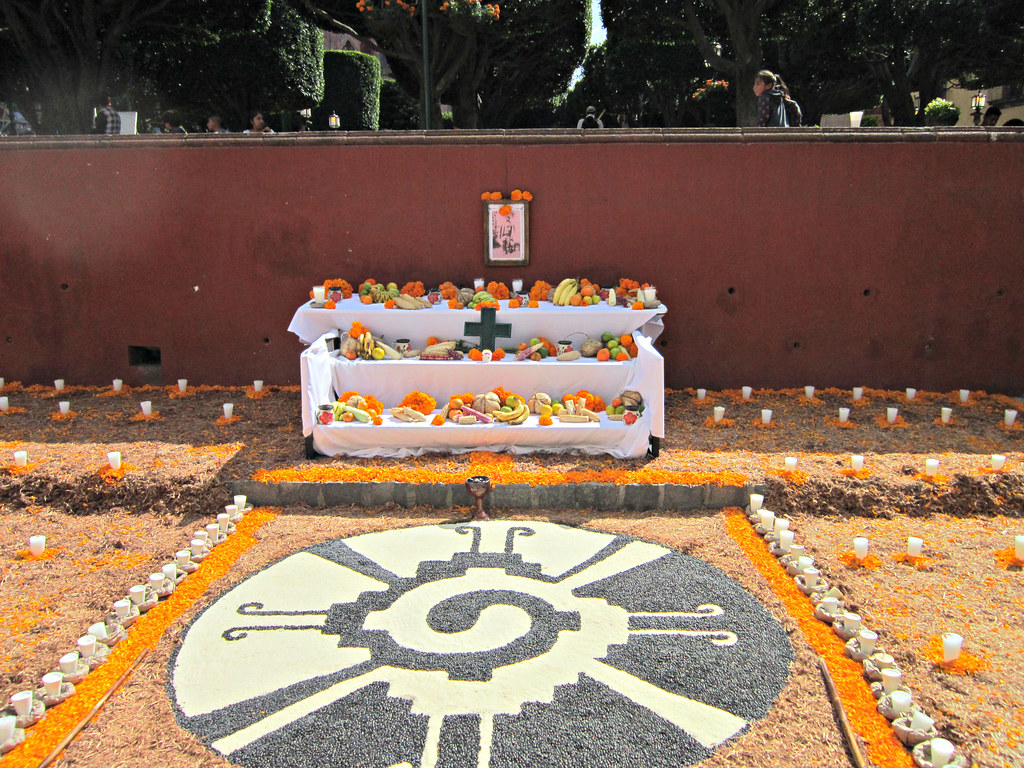 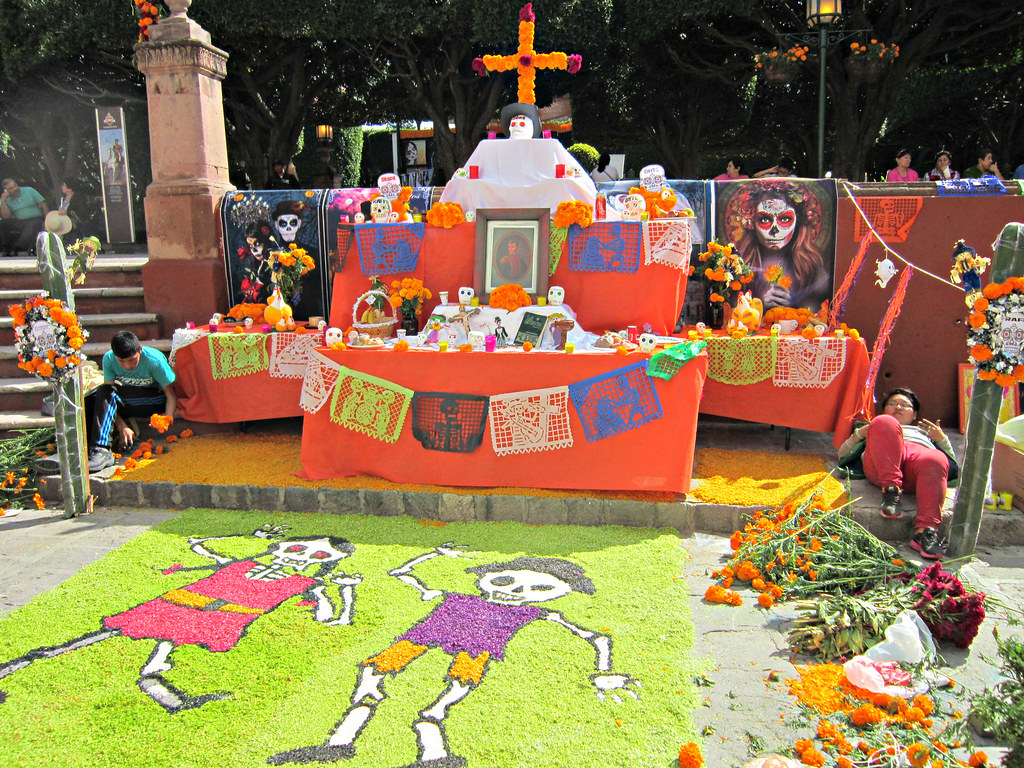 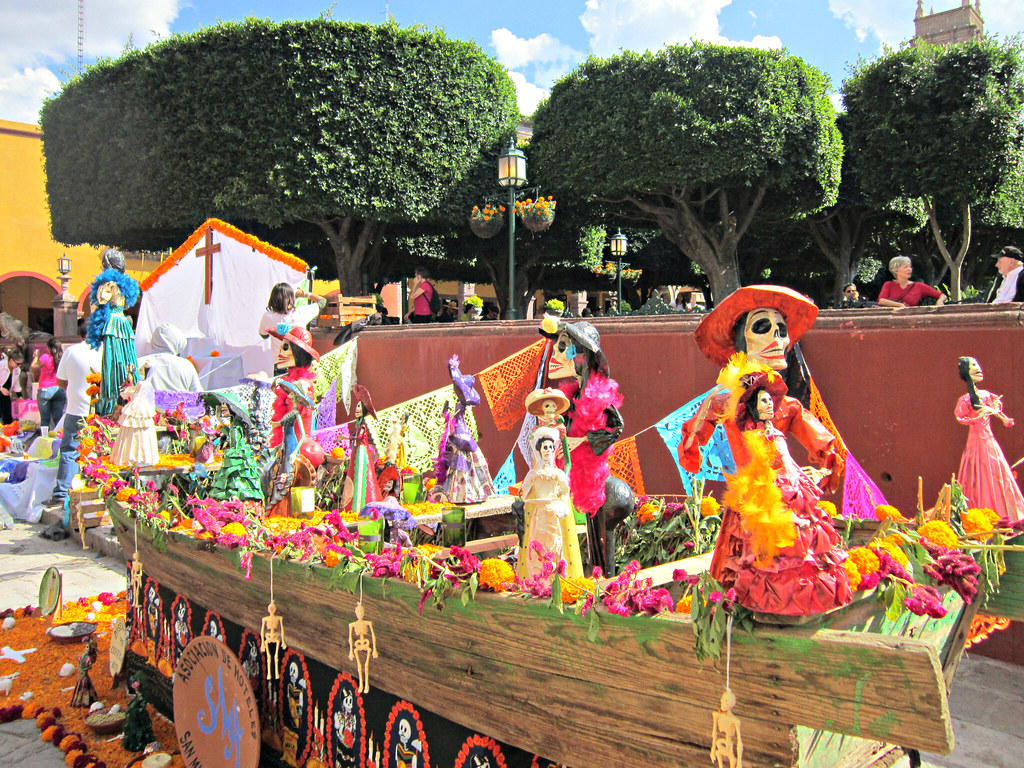 I hadn’t had anything to eat since the morning. Now when I walked around the main plaza I couldn’t believe there was actually a Starbucks there. 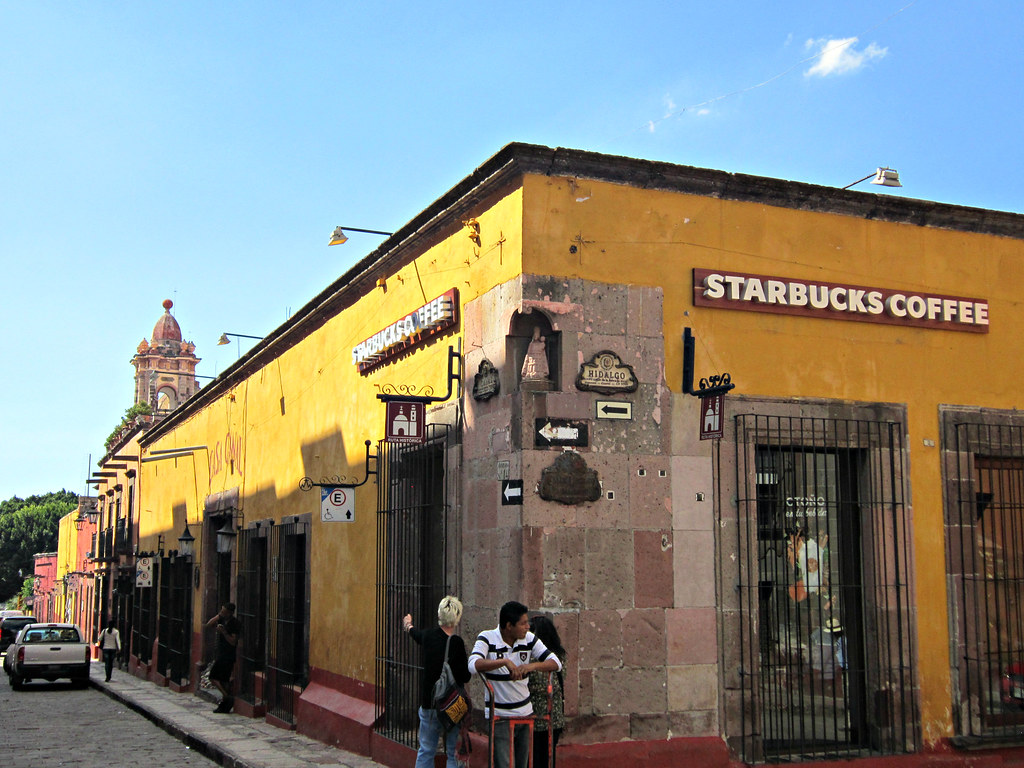 You will be proud to know I resisted it though ha ha.

Instead there was an Italian place with a patio overlooking the plaza. 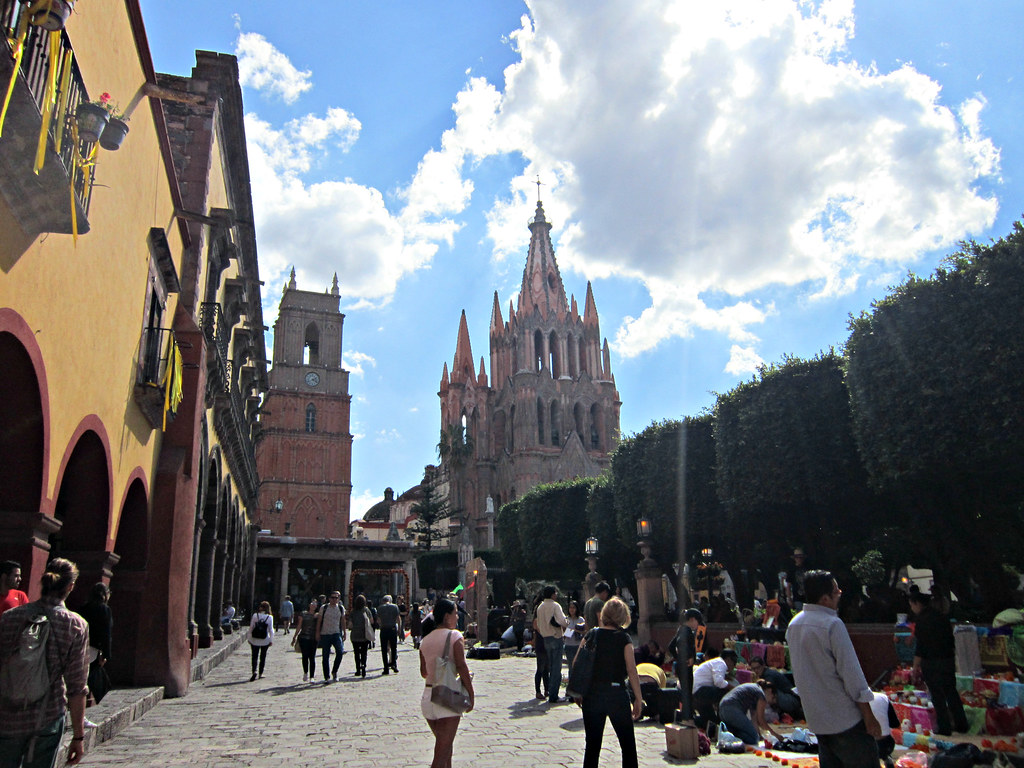 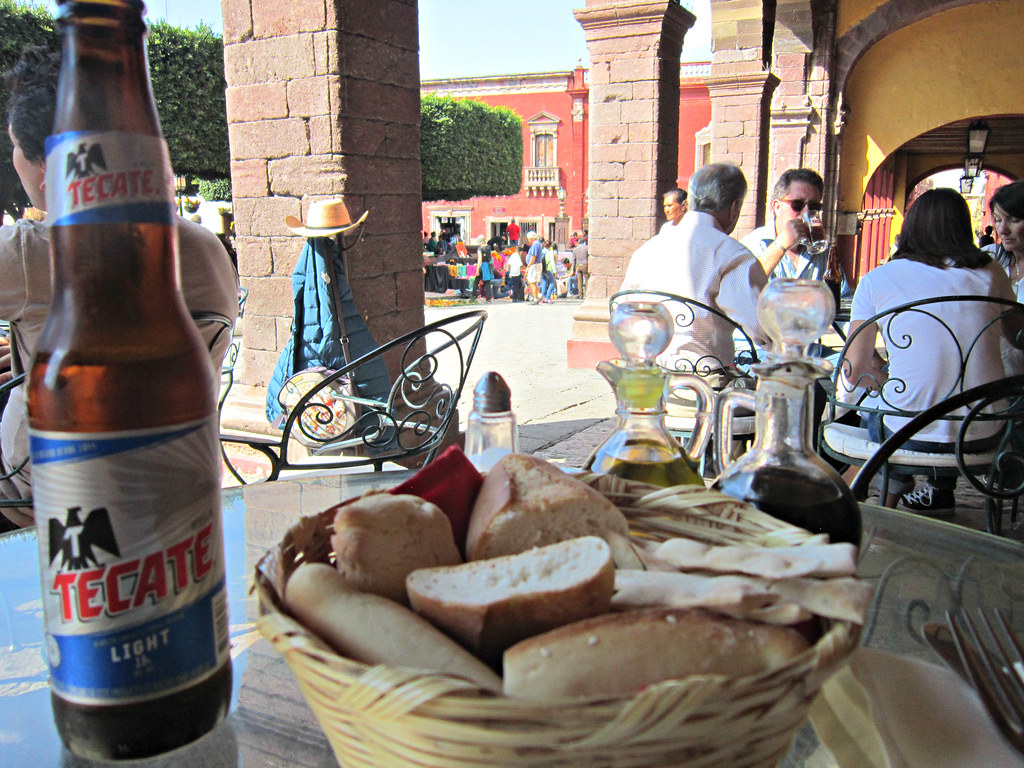 When I eat at a restuarant, I try to get my vegetables in. So that is what I had. 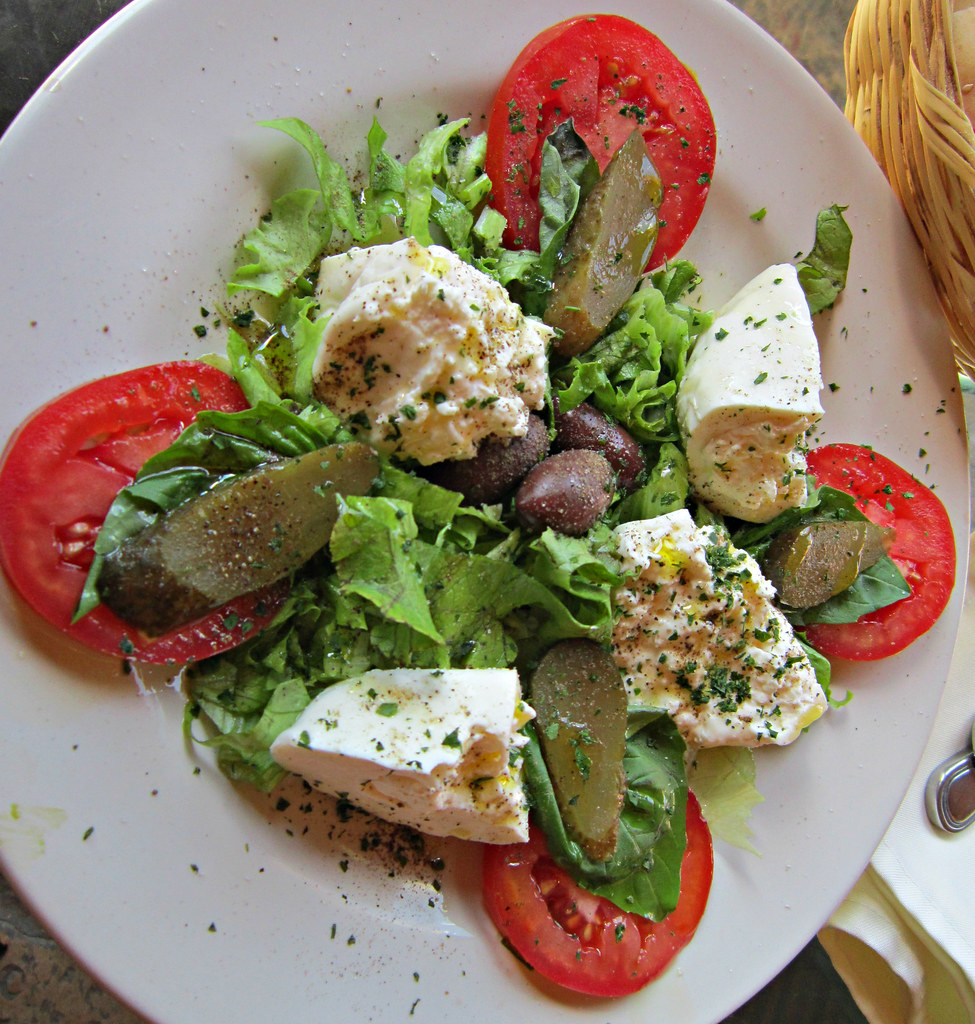 The slivers of pickled jalapeno on the tomatoes made it extra tasty.

By the evening it was time to call it quits and head back to my Airbnb to settle in for a few days. 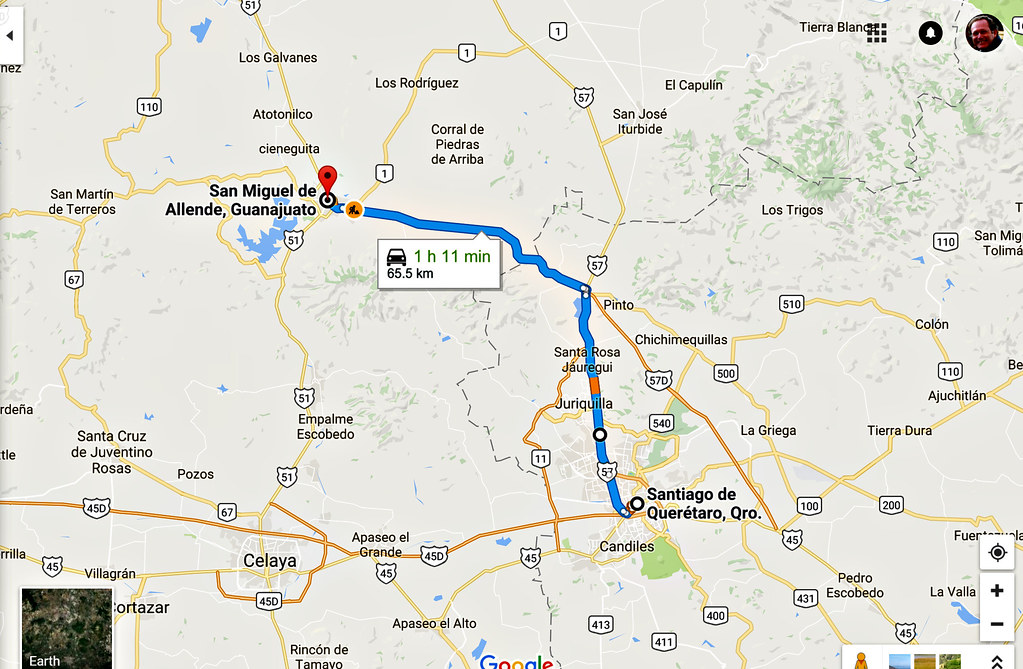